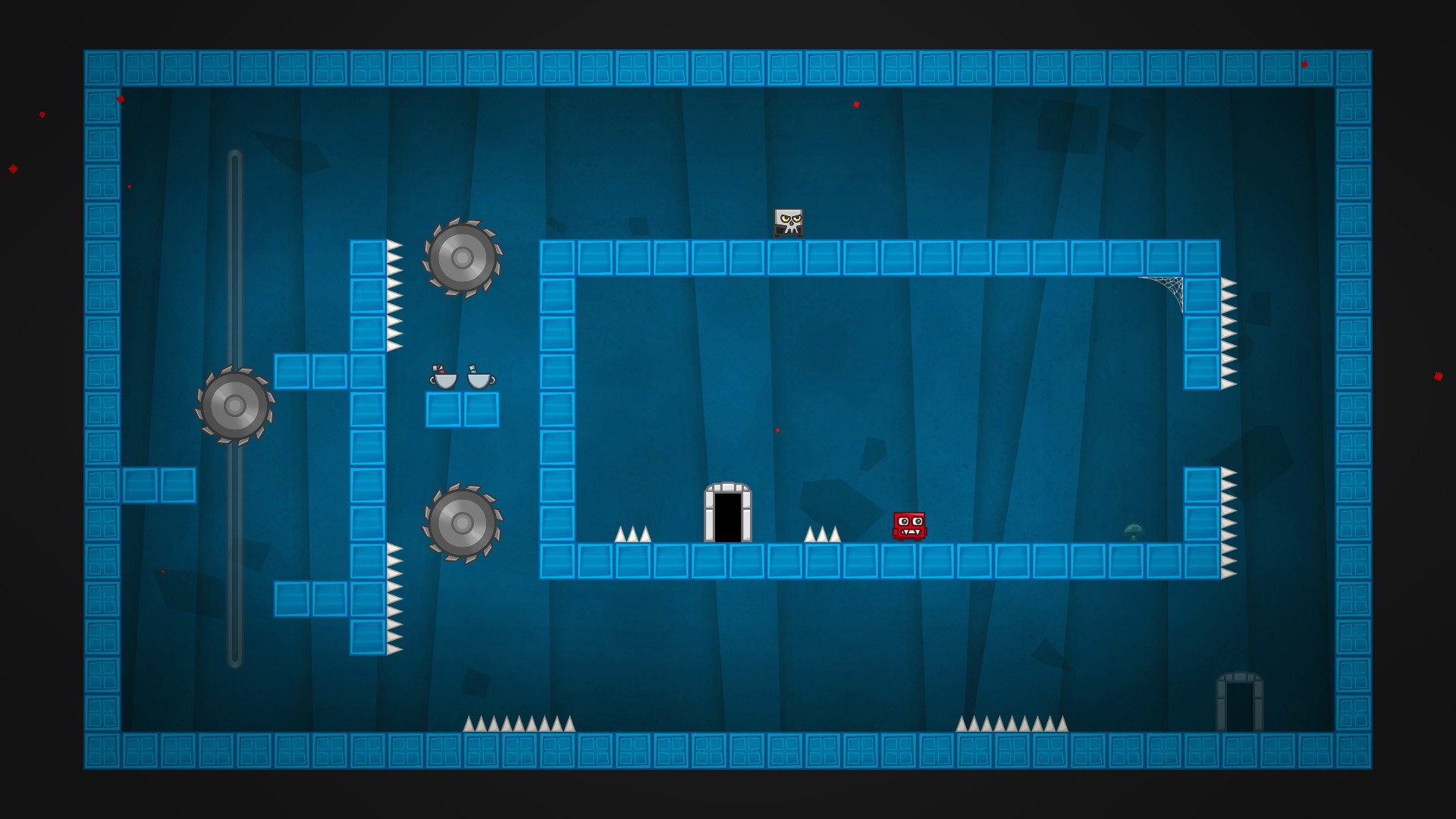 I have always enjoyed platform titles; they test my patience, and push me to my breaking point, but I’m always happy when playing them. I’m amazed at the variety of different styles of platform games that have hit the market over the years. They vary from basic 2D still images, to full on 3D worlds that suck you in and spit you out. I love to try them all, but I have a particular soft spot for old school arcade 2D titles. They tug on my heartstrings, and sends me back to my childhood, when games were simpler in concept, but brutally challenging to play. This is the nature of my latest review title Dead Dungeon, a controller smashingly difficult experience that will have you pulling faces, and making noises that you never knew your body could produce.

Developed by Roenko Games and published by Drageus Games this colourful and simple platform title gives you just enough of a glimmer of hope that you will keep playing, even when the odds are against you. The plot is very simple and doesn’t impact upon the gameplay itself. You were a happy, carefree creature, living your best life, until the villain of this story deprived you of all your sweets, and took the souls of every living thing. You must go on a journey to bring back all the sweets and souls from the deadly dungeon. It’s upsetting, but our hero is made of strong stuff, and he will stop at nothing to make sure he is successful, even if that means dying an awful lot.

To collect all the missing objects, you must work your way through 49 levels, discover 2 secret levels, and then take on the evil villain who set you on this path. Along the way you will have to hunt down all the stolen doughnuts and collectibles, there are 25 and 18 to find, and trust me, gathering them all is no simple task. As with most games, you are given an easy introduction into how the basic mechanics work. A gentle learning curve keeps you challenged while never making the goal unobtainable. During each of the levels you must; avoid or kill any enemies you encounter, leap spikes, miss spinning blades, dodge projectiles and more. Each stage contains a key, and a locked gate, you are tasked with collecting the key, and then returning to the exit to complete that level. Simple, right? Wrong! If you mistime a move, hit anything that you shouldn’t, or run into an enemy, then it’s game over, and you must restart from the beginning of that stage. Alongside the key, you notice that the collectibles are placed just out of reach. If you wish to gather all of them, then you must become an expert at Parkour, leaping within millimetres of turning blades, and landing in gaps no bigger than your character. Failure and death are all but guaranteed, as are the squeaks of anger as you fail a level for the nth time. 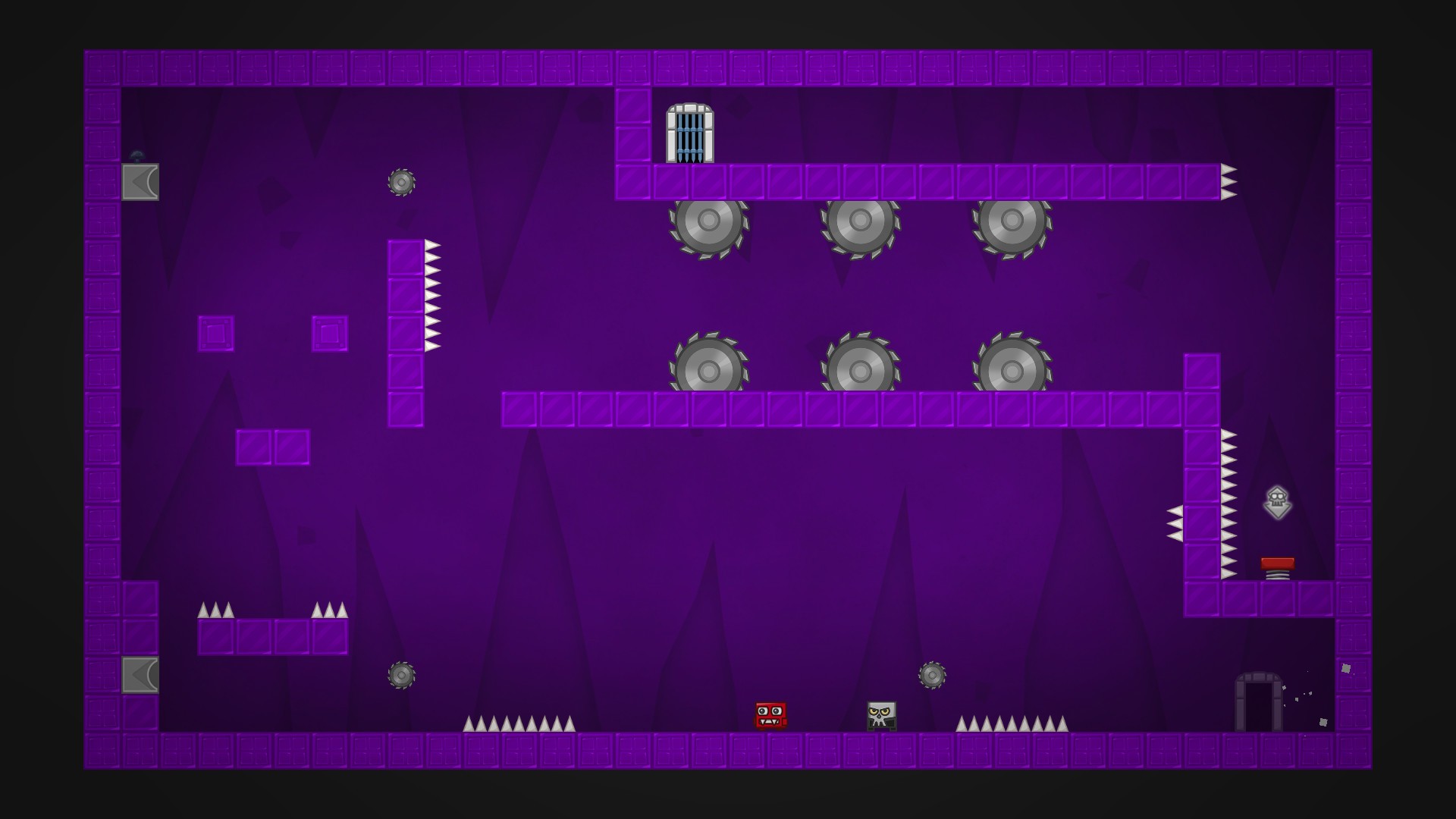 It’s a straightforward concept, and that approach makes this a deceptively difficult title to play. You can simplify things by ignoring the collectibles, but what would be the point in that? If you are going to punish yourself while playing a game, you may as well do it correctly, losing hours of your life as you hit the same spikes repeatedly. To add further pressure, the developers thought it would be a necessary evil to add a stopwatch for each level. Once you finish, you can see how your time compares to the global leaderboard. Be warned though, when you think you have done well, and completed your goal quickly, you will find out that someone around the world has done much, much better.

This 2D adventure takes place on a fixed screen, so you can plan how you wish to tackle each level. Be aware though that your plan will unravel, and go horribly wrong as you jump short and land on spikes, or get sliced by the rotating discs. The world around you is simple to look at, with crisp lines and defined character models. There is a use of pale colours for the landscapes and traps, which are contrasted with bright colours for the monsters and the hero. The action runs smoothly, with no issues during my time with the game.

As this looks and plays like an early 80s title, it’s only fitting that it’s given a delightful synthesised chiptune soundtrack to accompany the action. This upbeat repetitive audio works brilliantly with the short, sharp levels that you encounter. If the stages were any longer, I’d say it would get annoying, but as it is, it creates a spectacular high adrenaline experience. 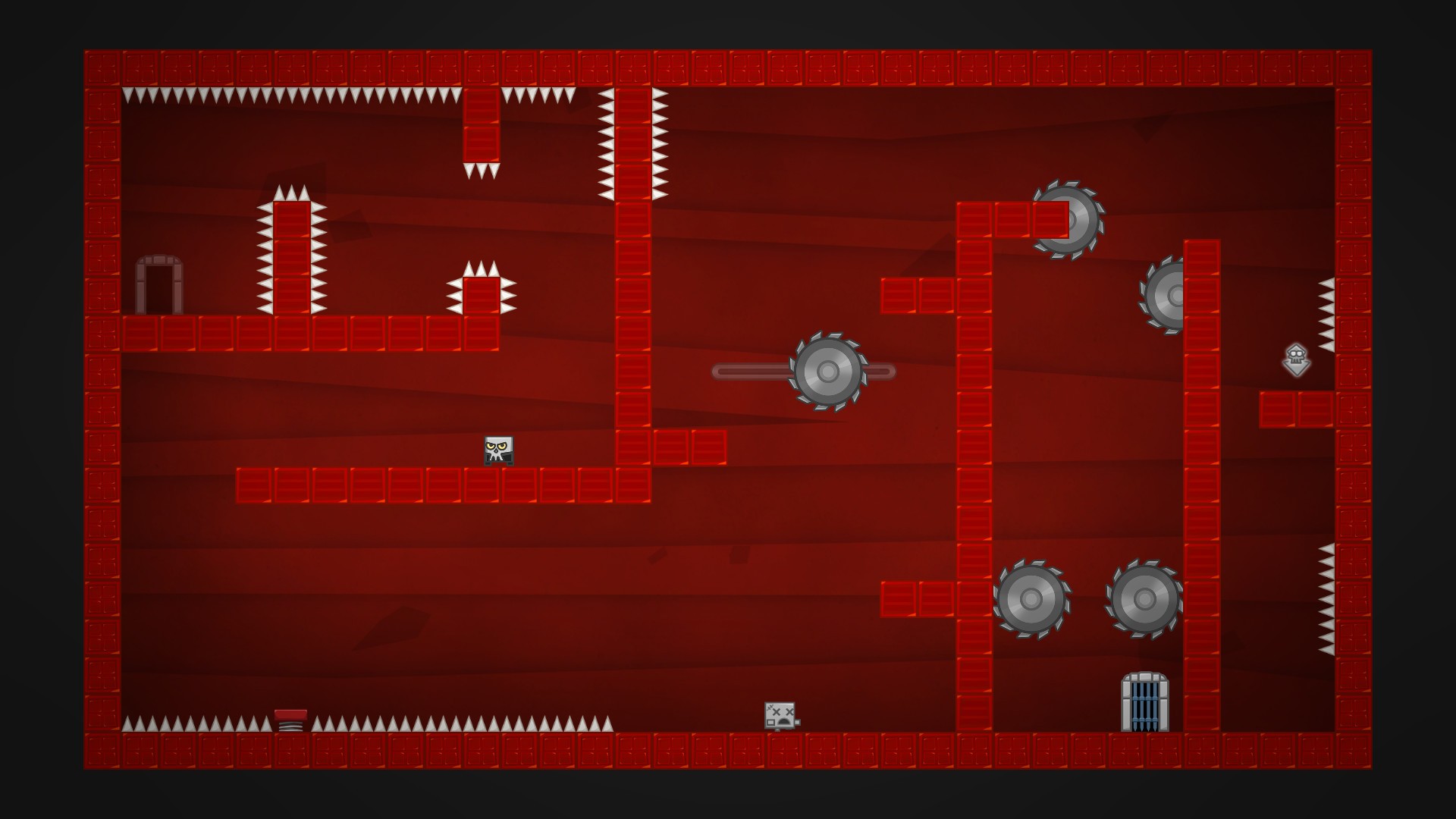 Like most arcade platform titles, this isn’t about the difficulty of the control set up, but more the requirement to be pinpoint accurate. The only controls that will concern you is; the A button, and the analogue stick. Muscle memory and judgement of jumping height and distance will be required to progress. If you cannot judge your jumping correctly, you will land on several traps, spraying claret all over the place.

When I first looked at Dead Dungeon I thought, “This will be a quick indie game, easy achievements, and one to return to now and then!” What I have discovered since starting it is…. I’m an idiot. There is nothing quick about it, it doesn’t have easy achievements, and you can sit and play it for hours, and still not be near the end. If you then add in the timer that places you on a Global leaderboard, you have a heck of a lot of replay value. The permadeath, collectibles, and tough levels make this a frustrating, but rewarding game to play. The developers have done a fantastic job with such a simple concept, it has that just one more try element to it. Time passes you by whilst you try to complete each level, and once you’ve finished screaming with rage, you realise that you have lost hours of your life, and you haven’t even realised.

I may be a little biased as I have always enjoyed challenging platform games, and this one is up there with some of the best ones. The lack of story may annoy some players, but for me, I believe that it would impede the action, and it isn’t needed. The addition of extra traps, and new mechanics throughout help to keep the gameplay fresh, and keeps you on your toes throughout. Do I recommend that you play this? Yes. It’s an inexpensive game that will keep you playing for hours. With simple graphics, 80s inspired audio, and plenty of replay value, you get a lot of bang for your buck. Can you recover all the stolen sweets, and save the souls that have been taken? There is only one way to find out, so jump on in, and see how you do.

A tough platform title that will have you screaming with frustration. Brilliantly addictive, it’s simple to pick up, and almost impossible to put down.