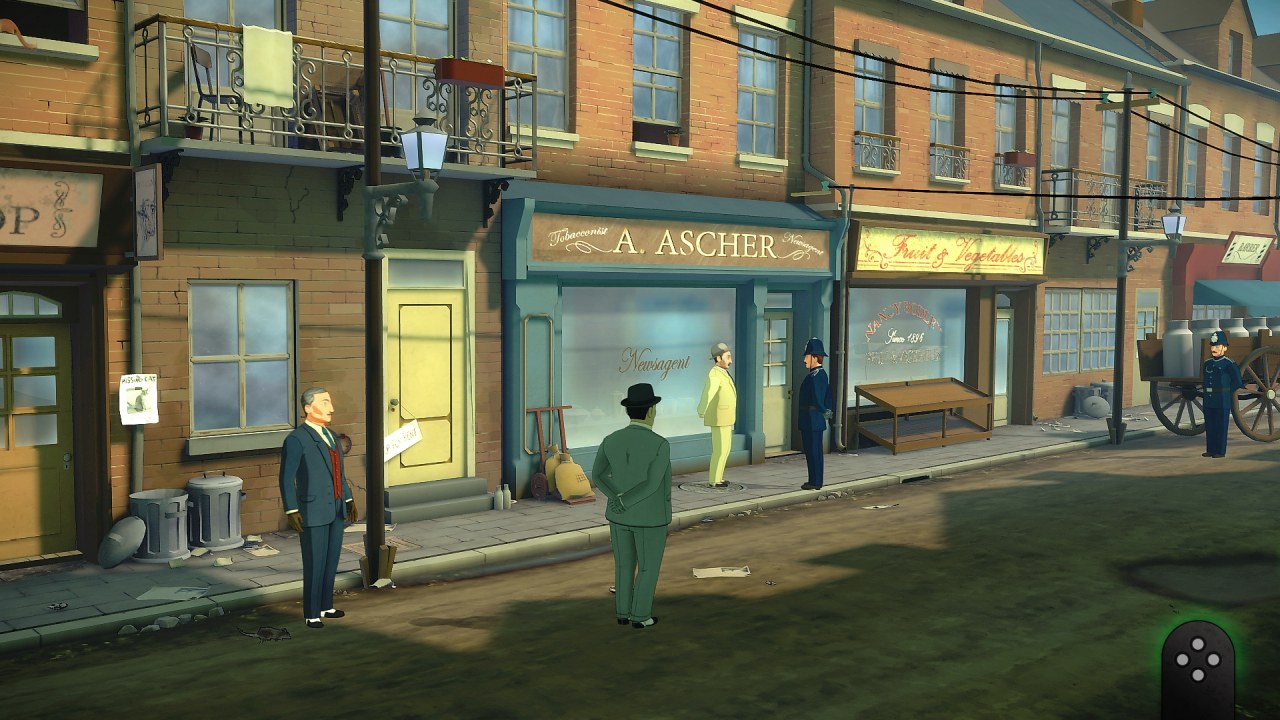 I may have touched on this subject before, but I think it’s amazing how point ‘n’ click adventure games have splendidly reinvented themselves over the last few decades. It’s very complicated to revamp yourself within a genre “closed in a box” that limits horizons’ expansion, as the games commonly applied the point ‘n’ click formula in the 90s and early 00s. And let’s be honest, what Monkey Island, The Dig, Full Throttle and derivatives are so different from each other except if you consider the plot? Agatha Christie – The ABC Murders are part of that line of products that I usually call “modernized adventure games”, which do not abandon their design roots while surprising by innovating. It’s possible to find all the elements of exciting exploration that existed in Lucas Arts games, for example, besides very interesting dialogues with other characters in order to learn more about the events.

In Agatha Christie – The ABC Murders you are Hercule Poirot, a foreign detective with a heavy French accent. The game is set in 3rd person perspective, with an awesome voice acting and a gorgeous graphics that remind us of cel shading visual style usually applied in anime-themed titles. Poirot’s initial task is to unravel a murder that took place in a tobacconist, in which the victim is a woman in her 40s who was found dead on the floor behind her cash register on the counter, her head bleeding and a box of matches by your side. Lots of details, eh? The protagonist needs to discover from his investigation if it’s a planned crime, since nothing indicates any kind of suspicion regarding theft of valuable stuff. Thus, Poirot ends up connecting the dots and realizing that there is a pattern in the case in question, which will also appear in future crimes through the story. As every crime scene ends up with an ABC guide being dropped by the killer, Agatha Christie – The ABC Murders leave it clear where its name comes from. 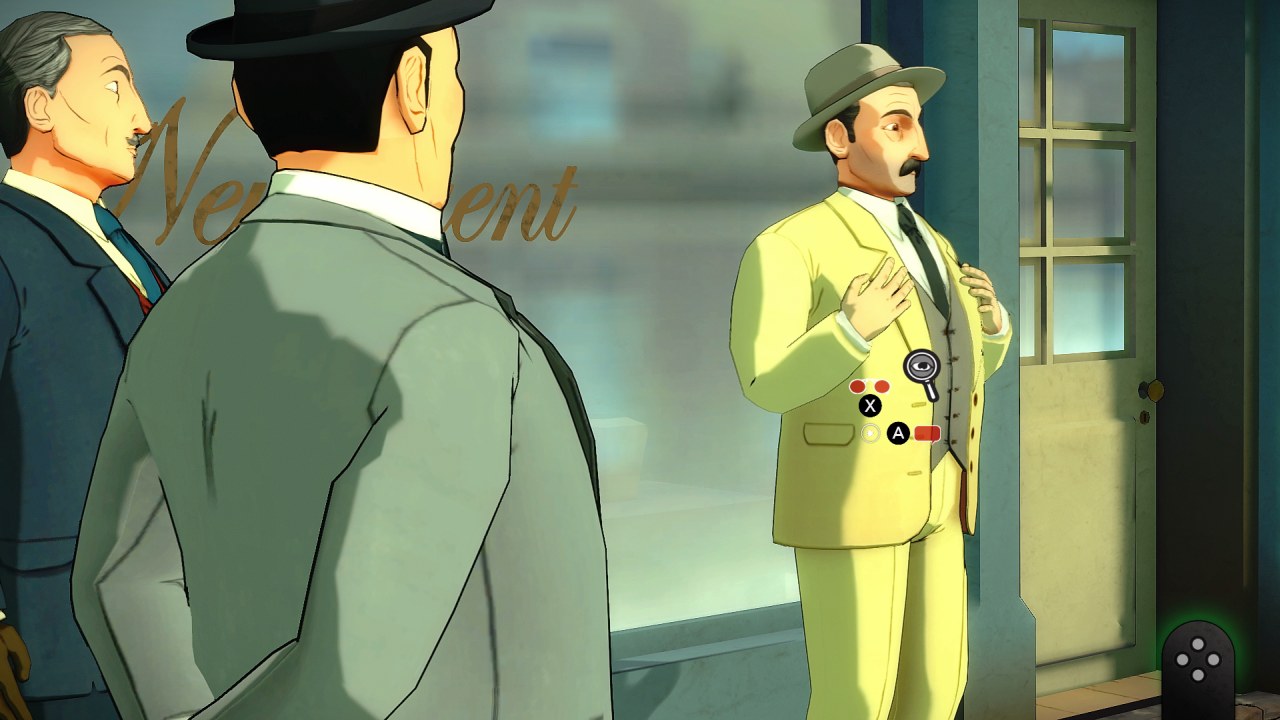 Our main mission is basically to investigate the crime scenes, as well as surrounding scenarios in order to find any clues to solve the cases. Games with a similar proposal have used this technique in the past – not a very distant year, by the way -, such as the great LA Noire by Rockstar, in which the player incorporates a detective and needs to analyse people and objects to solve crimes.

In Agatha Christie – The ABC Murders the mechanics largely reflect what LA Noire presented in mid-2011 when it originally came out for Xbox 360 and PS3. Here it’s possible to chat with NPCs and ask them questions that may end up in an angry or willing to cooperate witness, and choices of answers made with caution reward the player with ego points that award a higher score if the correct sequence is chosen – which has a direct link to the game’s internal trophy system. In addition to the social factor, we can also analyse people’s faces, their feelings demonstrated through traces and assumptions, as well as using dialogues to get more clues. This system is called Observation which, although being interesting, it’s very linear and does not have a real impact on the game. Subsequently, the acquired clues will be useful to build Hercule’s hypothesis about the case, in a mini game it comes simplified with assumptions without any type of negative consequence due to failure. Or else the reconstruction of the scene, with options to be able to decide the sequence of the occurred events that, however, again without many negative consequences if the player “makes mistakes”. 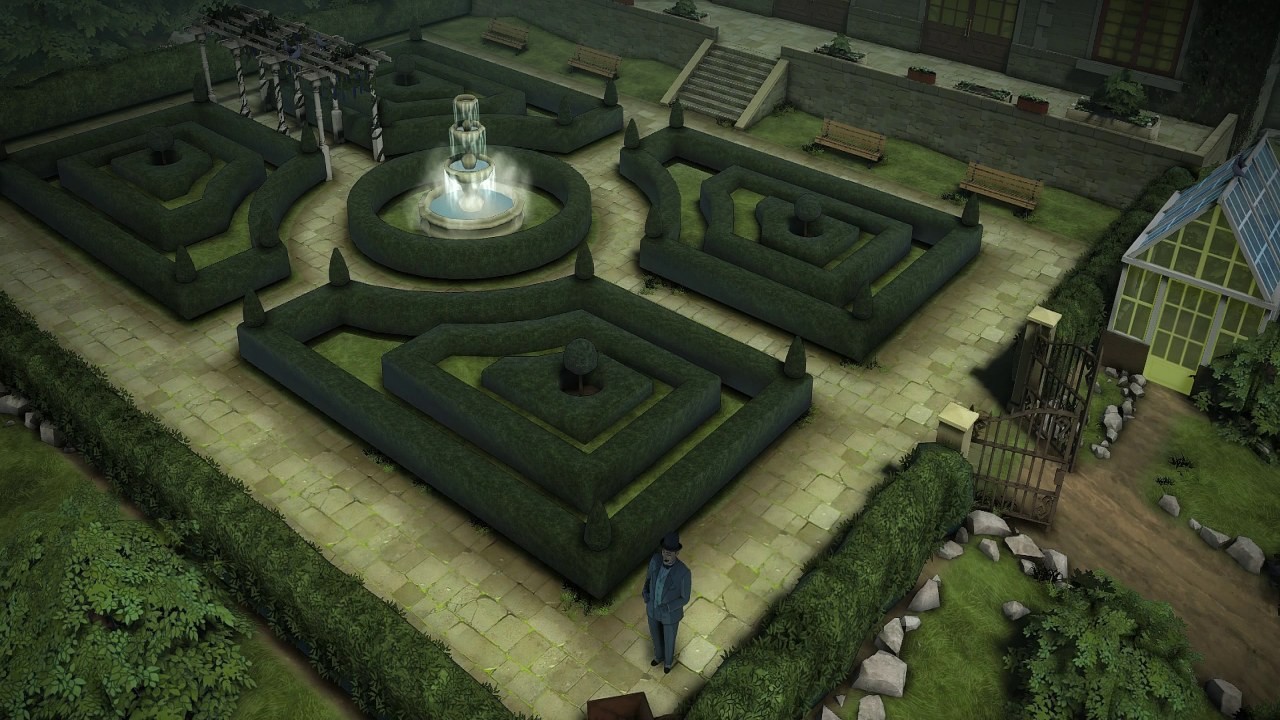 Anyway, Agatha Christie – The ABC Murders is captivating through its highly creative and fun puzzles, which often require analysing an object up close, rotating it and interacting with it so that some possible compartment can be opened and a potential clue is revealed. All the puzzles in the game are a  challenge to the intellect, and often present puzzles whose answer may be under your nose all the time. During your trajectory being Poirot, you will also come across objects that can be stored in the inventory, being possible to be used later in conjunction with some other element of the scenario to result in an effect, such as opening doors with keys or sobering up a drunk character with a vinegar odour.

Agatha Christie – The ABC Murders does not underestimate its audience by delivering something that is simply linear and that only simulates a feeling of control for the player, instead of it the game brilliantly delivers a list of very well-placed tasks contextually within the cases, creating an immersive and completely favourable atmosphere to the feeling of being in the shoes of a real detective in murder’s investigation. It’s an experience that not only rescues the fun of old times in the point ‘n’ click genre, but also adds extremely unique and necessary mechanics so that this type of game does not become a somewhat “trial and error” sequentially.

Agatha Christie – The ABC Murders is an experience that not only rescues the fun of old times in this genre, but also adds necessary mechanics to it.