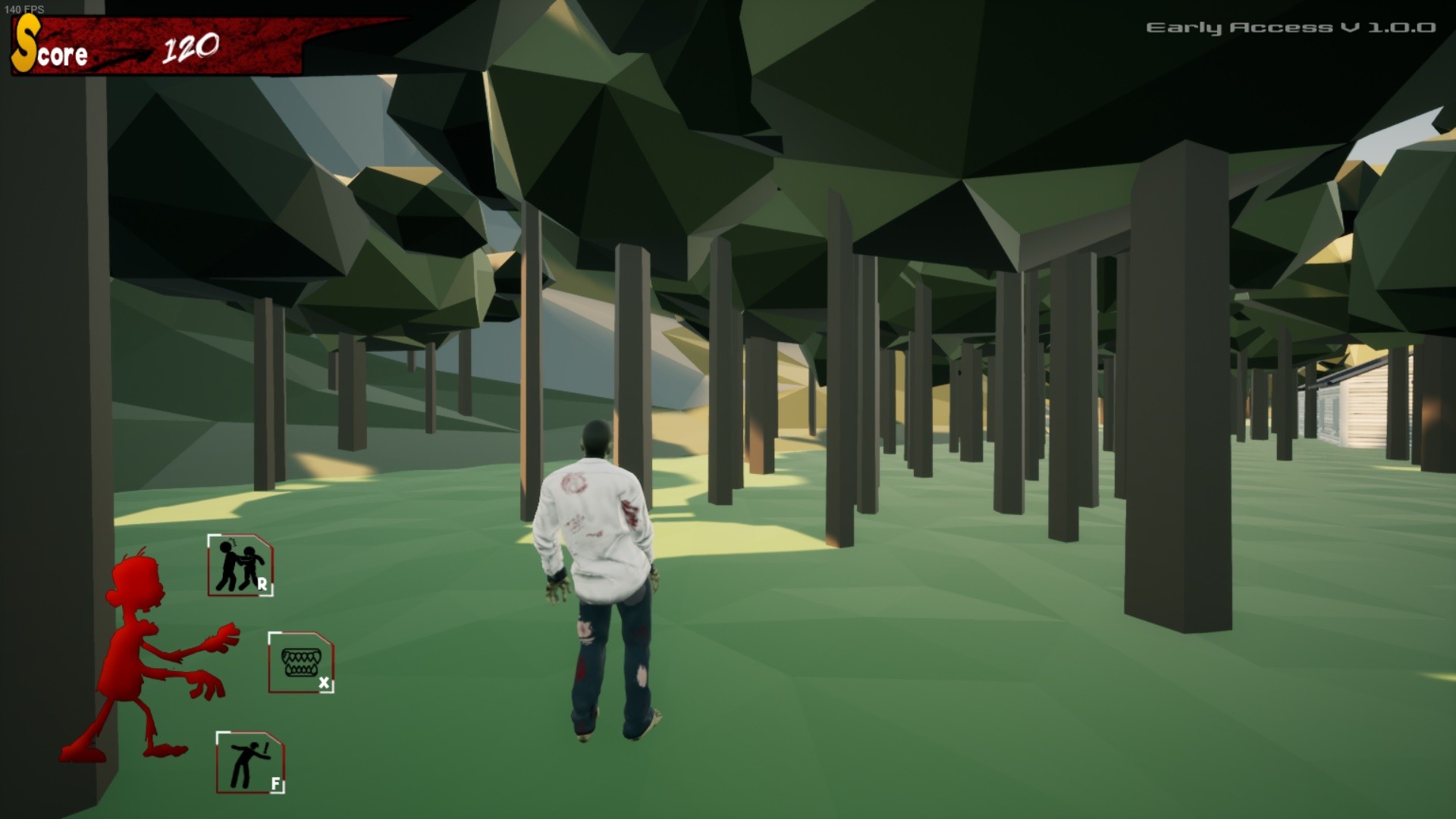 Have you ever played a game so astonishing that it’s caused you to sit in a dark room re-evaluating life decisions that lead you up to the point of playing it? Town Fall Zombie is a story about how I asked my editor to send me anything from the PC Code list to review, and he thought he’d have the last laugh.

Developed and published by Ümit RecLast, Town Fall Zombie is an “open world” zombie simulation game that shows everything currently wrong with the Steam Store. Launched in Early Access, Town Fall Zombie is retailing for £7.19 with the developer stating that he intends to develop this game for roughly 2 years, completing early access “when the game becomes stable and full of fun”.

I however, cannot in good faith recommend this game to anyone in its current state. If you are that eager to waste £7.19, go to the DIY store, buy a tub of paint, paint a wall and watch it dry. I promise you it has more replay value. 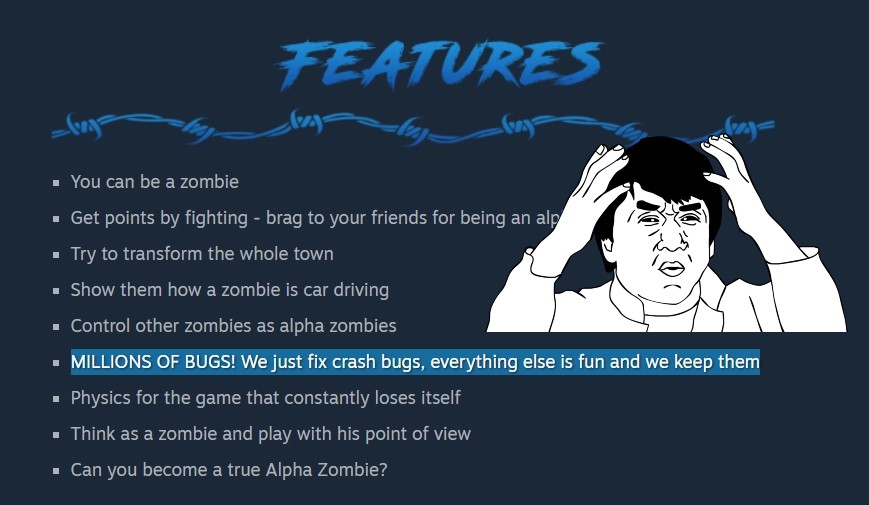 Upon opening the game for the first time you’re greeted with a massive headache from the obnoxiously loud main menu music that blasts your headphones. Because of this I found myself frantically rushing to the game settings as quickly as I could, trying to lower the music volume only to find to my amazement, that it’s under the “Master Volume” and not “Music Volume” selection. It’s also worth noting that if you think you’re safe for future startups because you’ve reduced the volume, think again. Every single time you open the game up, the game volume settings have reset, forcing you to go back and lower it again. This results in unavoidable ear abuse on start-up, every start-up.

When a game developer uses its “Millions of Bugs” as a marketable feature, you should absolutely feel some reluctance before purchasing a game like this. To me, saying that you’re intentionally leaving bugs in the game for fun- just screams poor and lazy development.

I hate to be too critical of indie games as I understand how hard of a market the games industry can be to break into, but when the only positive thing I can write about your game is that it’s quick to download due to its small file size, you have to sit and think. Town Fall Zombie is one of those games where I could sit and write about what this game does wrong all day, but I think it’s best for everyone involved just to summarize it into a few key points and tell you not to buy this game. 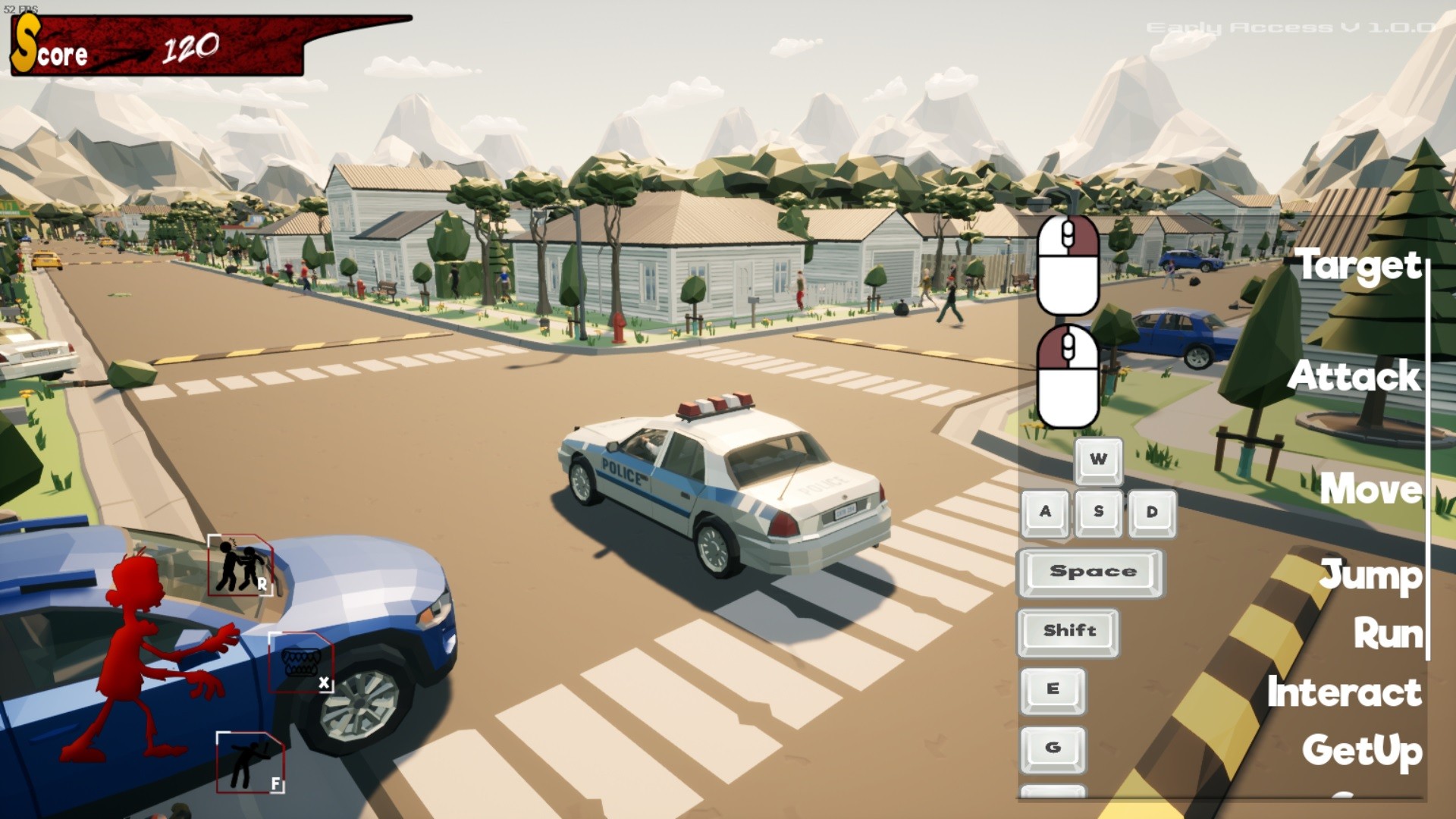 The game closely resembles another generic asset flip where all you do is find yourself running around a small “open world” that you can clear in roughly 3 to 4 minutes if you run in a straight line. The game’s store page tells you to “Think as a zombie and play with his point of view” which is just a fancy way of saying there’s no narrative or content for you to actually complete in this game, which becomes abundantly clear after just several minutes of gameplay. You run around a world almost as bleak as my future, attacking people earning points, turning them into zombies. That’s it. That’s the game. While running around you’re accompanied by an irritating soundtrack that consists of a single song infinitely on a loop, trying to figure out where most of your scoreboard points have come from, as the game bugs so heavily, that you find yourself randomly getting awarded points for actions you haven’t even completed, likely from the dense A.I. just walking into objects somewhere in the map getting themselves stuck. There are cars that you can get into and drive, though the map is so small I really don’t see the point.

Above all else, I found the frame rate in this game to suffer constantly. I was playing this game with an Intel Core i7-10750, NVIDIA GeForce RTX 2060 and 16 GB of ram, which is by no means a weak PC. Yet I found this game running at a PEAK of 50-70fps with frequent frame rate drops unless I was standing still, causing an unpleasant glitchy experience.

All in all, if you’re looking for a new creative indie title to get tucked into this quarantine, might I suggest giving Town Fall Zombie a miss and checking out something like Dead Dungeon recently reviewed by our very own Daniel Waite.