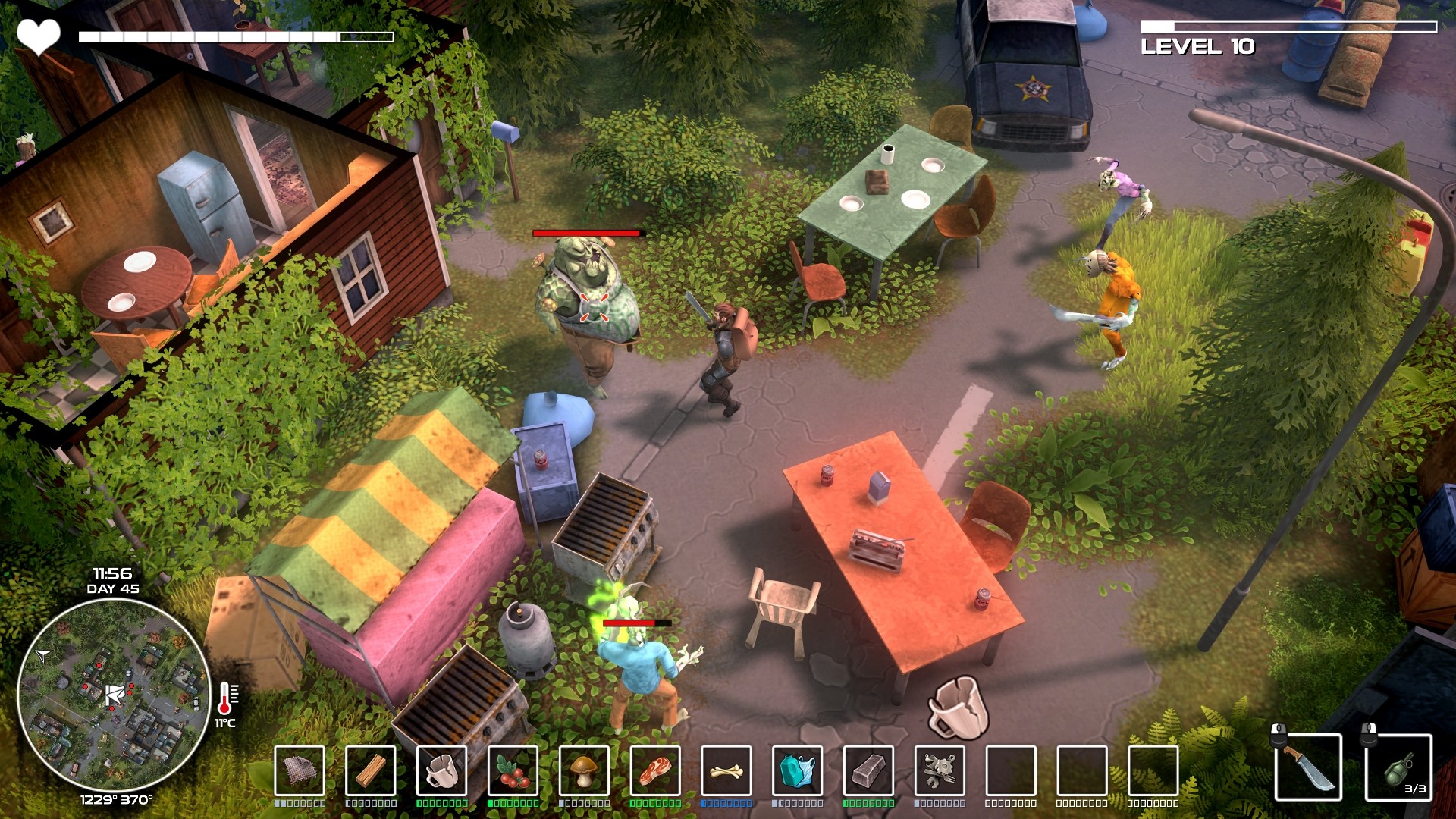 My first interaction with a 10tons game was all the way back somewhere in the 2000s, and if you’re familiar with the developer’s history, then you probably know what game I’m talking about. Crimsonland, which released way back in 2003, still remains one of my most memorable gaming experiences to this day. I’m pretty sure that it was the first twin-stick shooter that I ever played, and I guess that’s probably why I cherish 10tons so much, even after all these years.

I was ecstatic when I found out that Crimsonland was getting a remastered version back in 2014, thanks to the now-defunct Steam Greenlight program. However, 10tons didn’t stop there, as they kept releasing consecutive new titles. Neon Chrome, Xenoraid, Time Recoil, Jydge, Tesla vs Lovecraft, Tesla Force, Undead Horde, and now, DYSMANTLE. I must say that I was extremely surprised when I saw that they were developing this game, merely because it’s a game so different from what the studio usually releases. However, given their track record, I was confident that they had what it would take to make it work, and so far, I must say that I’m not disappointed.

In case it wasn’t obvious by the name of the game, this is a game about dismantling things. At its core, DYSMANTLE is a crafting game, with the core gameplay loop revolving around smashing things and turning them into crafting materials so that you can upgrade your tools and research new technology. Some people might say that it’s a survival game, but I don’t think that’s correct. Sure, the game takes place in a rather mysterious post-apocalyptic zombie scenario where you have to fight, or run away from, all sorts of critters, but there isn’t a hunger and thirst system, nor any other mechanic that puts pressure on you or keeps you going. It’s actually quite the opposite. DYSMANTLE is a really forgiving game, with the only penalty for dying, being that you drop all the resources that you had on you, but you’re still able to go back to where you died and pick them back up.

The game starts off with you leaving your underground shelter, after spending years in hiding from the catastrophe that took place on the surface. After emerging from your safe haven, the game doesn’t waste your time and you’re immediately given an objective and told what to do. It might initially seem like DYSMANTLE puts you on a predetermined path, but that’s only at the beginning of the game. After a rather short introduction, the game’s world pretty much opens itself for you to freely explore, as long as you have the required tools to access new areas that might otherwise be blocked. However, although you can explore freely, you might still find yourself confined if you explore too far. The game’s quest system not only serves as a means to tell a story, but it also serves to slowly open up the game’s vast world to you. 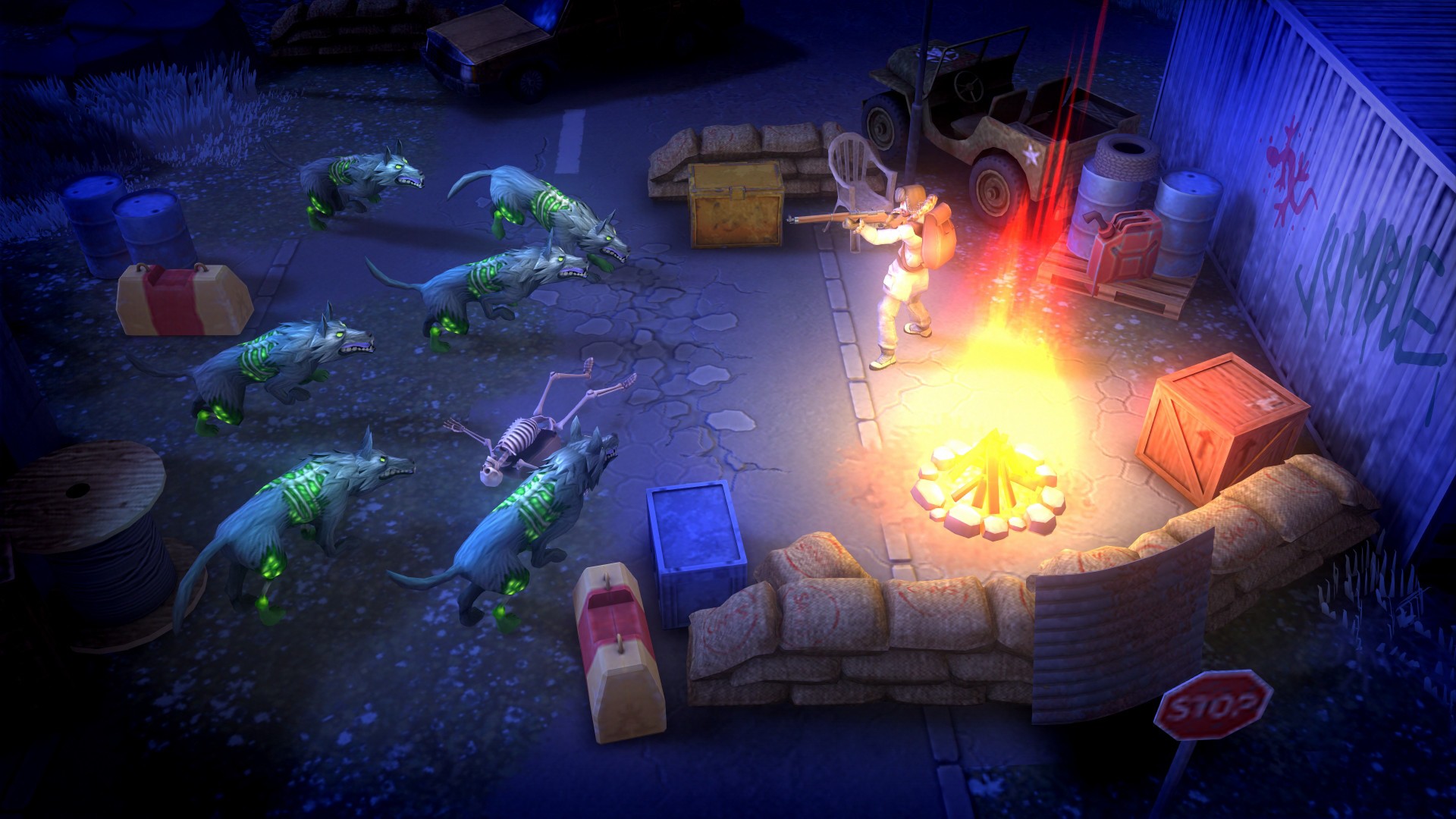 Even though the game’s quest system might make it feel like DYSMANTLE isn’t exactly an open-world game, the game still gives you a huge degree of freedom to explore at your own pace. If you want to smash everything and collect as many resources as possible, you absolutely can do that, but you can also just get by, by scavenging what you need to complete your objectives. In essence, it’s a linear progression system that serves to guide you throughout the game’s handcrafted world, as you slowly make your way around and reveal the surrounding areas by activating radio towers.

DYSMANTLE is played through an isometric perspective, which is perfect given how the game relies on the player being aware of their surroundings to not only spot enemies, but also to find the resources that you’re looking for. According to the developers, you can dismantle about 99% of everything that’s in the game, you just need to have the proper tools and upgrades to do so. As you smash things and stash resources in your personal chest next to campfires, you’ll gain experience and level up, which unlocks new blueprints and recipes that you can research and craft. However, there are also various perks that you can choose from whenever you level up, which boost your character in numerous ways, like an extra storage slot or increased experience gain.

The game also features fishing, farming, and you can also hunt deer, which obviously are all activities that yield specific resources, but I found these to be pretty secondary. The materials that you might end up needing from these activities are usually quickly obtainable, and there isn’t really any incentive to keep doing them, unless you just find them enjoyable for some reason.

Besides being used for smashing almost everything, your tools, like your crowbar, machete, and baseball bat, are also used for fighting. The combat features a lock-on system with light and heavy attacks and the ability to dodge, but there are also some consumable weapons that you can get, like throwing knives and grenades, that can help in some occasions, but I didn’t find them to be necessary. There are various enemy types that you’ll be introduced to as you explore the world, but they all function in the same way. Basically, there’s an awareness system, where enemies become aware of your presence if you’re just going around smashing things and making a lot of noise. If you get in their line of sight, they’ll immediately start chasing you or attacking you from afar if they have ranged attacks, but if you manage to get behind them without them noticing you, you can score a free hit, so it’s up to you to decide what’s the best approach. In any case, combat in DYSMANTLE is pretty basic, as all you’re doing is attacking and then dodging or walking away from the enemy’s attack range and then going back in for another hit. There just isn’t that much to it.

DYSMANTLE also features a temperature system, where you need to wear appropriate clothing to match the climate of the zone that you’re in. Although the starting areas are pretty mild, once you start to venture out to hotter and colder zones, you’ll be forced to change your equipment or craft something new that allows you to stay in that zone for long periods of time, otherwise you’d just start losing HP. 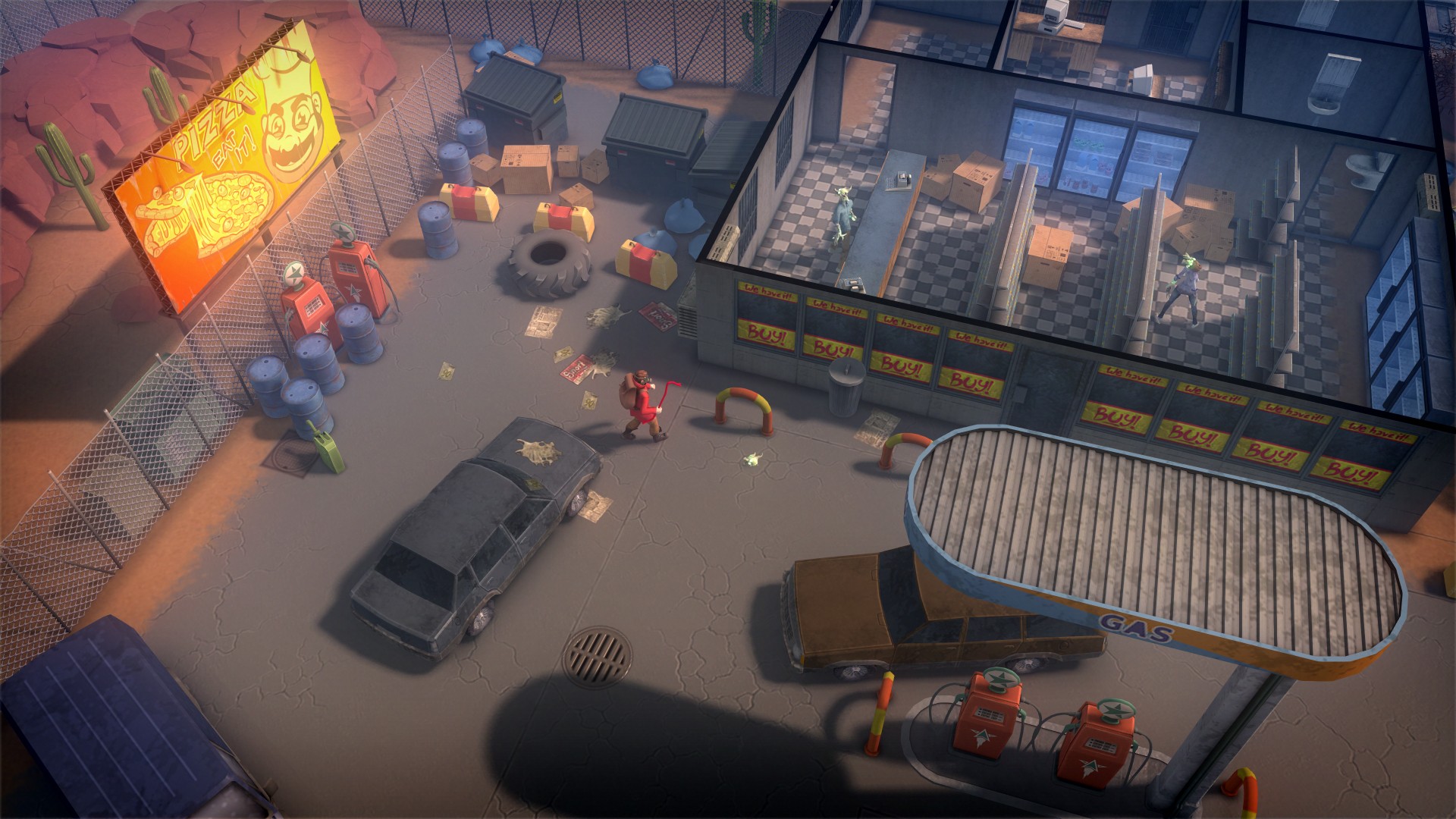 Now, although I don’t have any major problem in regards to how the game plays or performs, I’m not a big fan of the fact that you can only rotate the camera by clicking the middle mouse button and dragging the mouse around. Having the option to use Q and E would have been much better. Unfortunately, while you can change the game’s keybinds, since the game binds camera rotation of both sides to a single button, there is no way to make it work. Also, the game doesn’t let you select the specific tool that you want at any given moment, instead it forces you to cycle through the ones that you have equipped. For instance, if you have the crowbar, the shovel, and the machete on you, and you’re using the crowbar but want to switch to the machete, you have to press the “1” key twice to switch to it. There’s also a slight delay to this, which can make it slightly annoying at times. Being able to select what you want to equip by simply having some sort of radial menu would’ve been a much more effective way of letting players select the precise tool and items that they want to use. Finally, my last gripe with the game would have to be the AI pathfinding, which could definitely use some work, as I’ve noticed that you can make it so that enemies fall on water and die instantly by making them cut corners in certain places of the map.

I completely understand how a lot of people might look at the premise of this game and think that it’s just going to get boring after a couple of hours. I do think that you have to really like this type of game in order to enjoy DYSMANTLE. With that said, I think this is one of those cases where the core gameplay loop, albeit being extremely simple, monotonous and repetitive, can also be quite relaxing. It really reminds me of when I start up something like Euro Truck Simulator 2, where I just want to play while listening to something in the background. DYSMANTLE is a great game to play if you’re just looking for something relaxing, where you don’t want to feel pressured to do anything, but, on its own, it’s also a great game focused on resource gathering, crafting and exploration.

I have already spent a little over 12 hours in DYSMANTLE and even completed the story content that the current Early Access version has to offer. It’s worth keeping in mind that this is obviously an extremely grindy game though, so these hours don’t exactly represent the amount of actual content that the game has, as there are still things that I haven’t farmed. In any case, if the premise of the game sounds fun to you, then I’d say it’s worth checking out, because despite being incomplete, it’s already surprisingly polished and fun. DYSMANTLE is supposed to be in Early Access for 4 to 6 months, so if you want to wait for the full product, you might want to keep that in mind. If you still have some doubts, the game’s overwhelmingly positive reviews on Steam should surely mean something.

PREVIEW CODE: A complimentary PC code was provided to Bonus Stage for this review. Please send all review and preview code enquiries to press@4gn.co.uk.