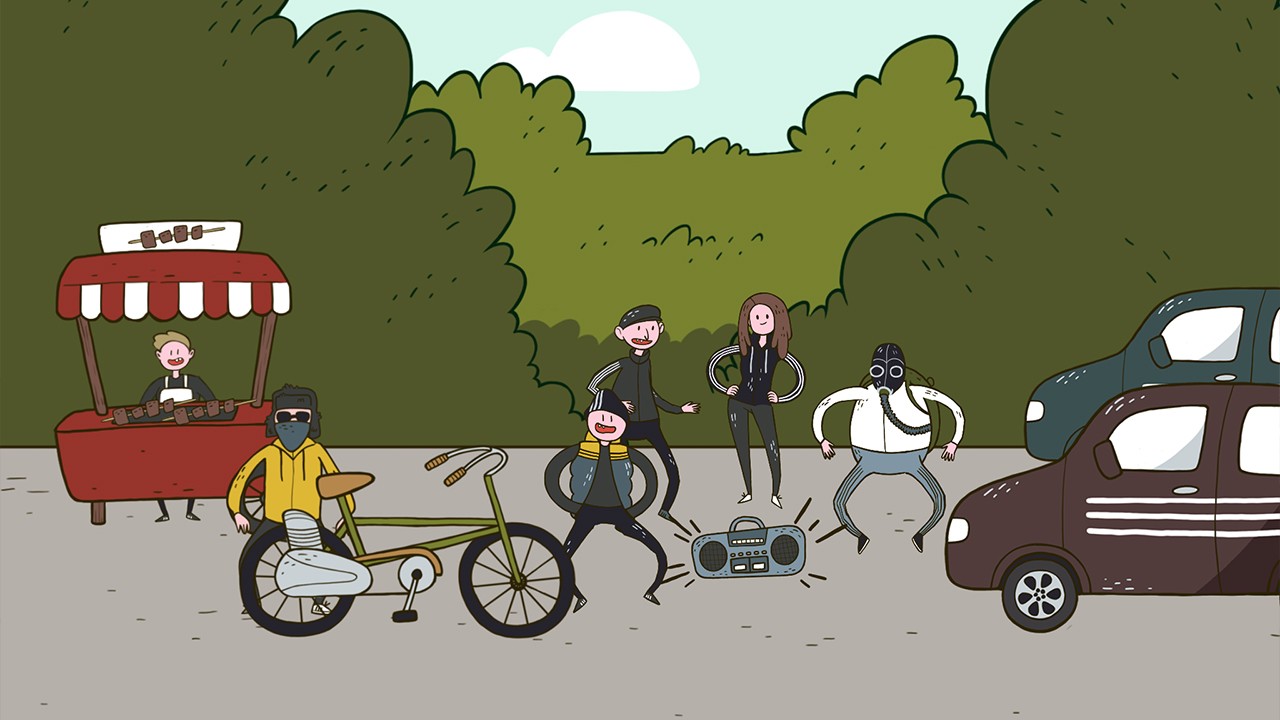 You might be familiar with Boris Super Slav, but personally, I never heard of him. My initial thoughts were this was just a made-up character for the game, then a spin-off from a well-known cartoon, but it transpires that he’s a bit of a viral namesake that can be found on YouTube, or perhaps he found, you like being Rick Rolled. Regardless, don’t kick anyone off the telly just yet as this is a handheld game only. I found this out directly when repeatedly pressing buttons and swapping controllers while looking gormlessly at the TV.

Where to start? Two chapters make up the game with some bonus mini-games. Olympic games, if you will. The chapters consist of a scene and, like Where’s Wally?, you have to trigger an ending for each section by clicking an object. That’s it. Boris will appear on the screen, click him or one object and the scene immediately ends, informing you of how many you have to find. Sometimes there’s three or four, others have a lot more endings, but drop down to two. It doesn’t matter; you’ll finish the first chapter in about 10-20 minutes, give or take. The later chapters are a little harder in that you have to click on items in order, an error will mean you have to restart again. Others include swiping objects across the screen to activate another.

Life of Boris Super Slav is most likely to appeal to fans only – as a guess. I’m pretty open to a lot of stuff, including – if not exclusively, the absurd, but this game is chaos. It’s incoherent, the game features subtitles as there’s no way you’d know what was being said otherwise, and it seems very much an in-joke/fans will get it. As an outsider looking in, all I see if a quick cash cow for people who enjoy the series. I didn’t have a clue what was going on from the start, and when I finished it, but just went through the motions in case there was something I was missing. I still haven’t found it. 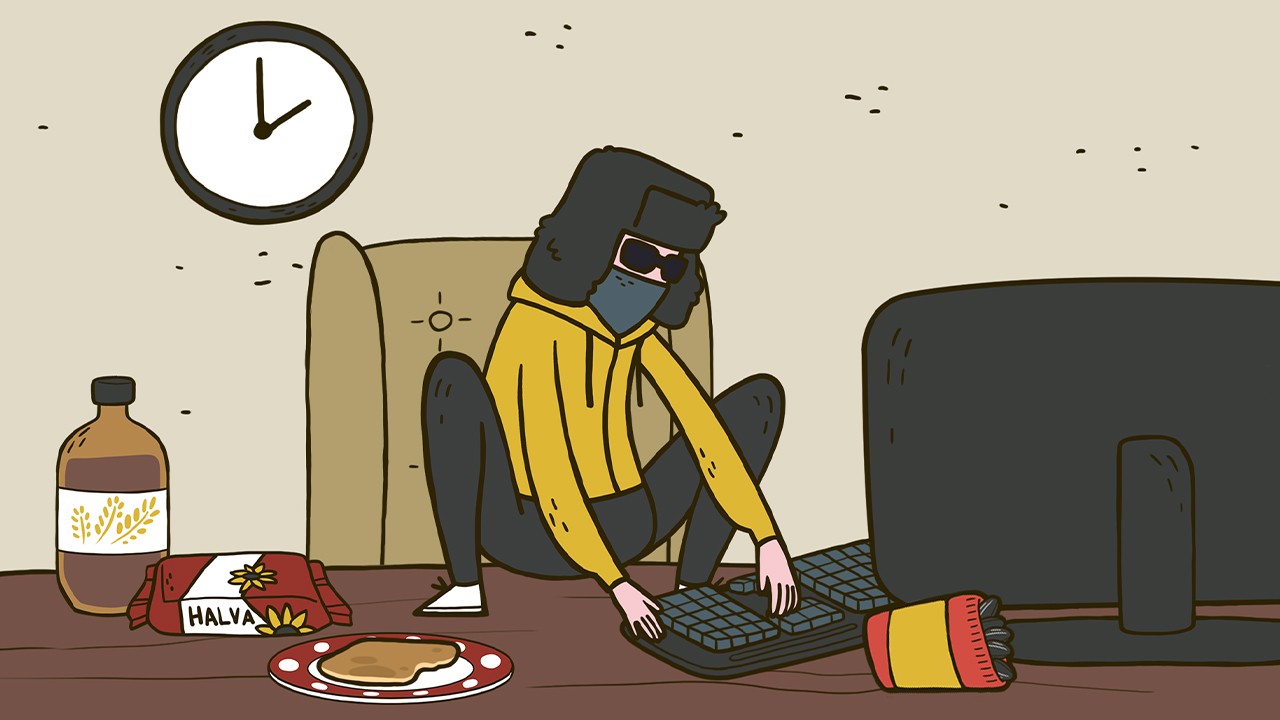 Fortunately, I played this with my 3-year-old, and she loved it. On that basis, it made me stick with it for longer than I would normally have just for the sheer pleasure of her chuckling in clicking Boris and then him falling over. There’s no skill involved in the Chapter sections other than a memory game in that you have to remember the order of items you’ve clicked to progress. As mentioned, it’s incomprehensible in every way, but you tap the screen and hope for the best, brain firmly putting its feet up on the couch and dousing itself with petrol. There are hints available, but they’re limited, and if you use them up, you have to take part in the Olympic mini-games to unlock more. What was frustrating about this was clicking on the hint mid-action, not knowing that this would end my turn, then subsequently losing the hint ‘credit’. I pressed the hint again, and the hint shown was for the exact ending I had unlocked. Suffice to say; I didn’t bother using the hint system again.

Some of the scenes posed the odd wall when it wasn’t clear what to do. The visuals are straightforward, and the process of elimination would insinuate that every section is easy. Not always the case, but it’s down to sheer confusion than actual puzzle-solving. The one puzzle that stumped me was getting a bicycle to work, but with only one evident component to use. After frantically tapping, then accidentally swiping, the solution involved the latter, but there were no visual clues that the object could be interacted with. It was pretty messy, but insanely short. 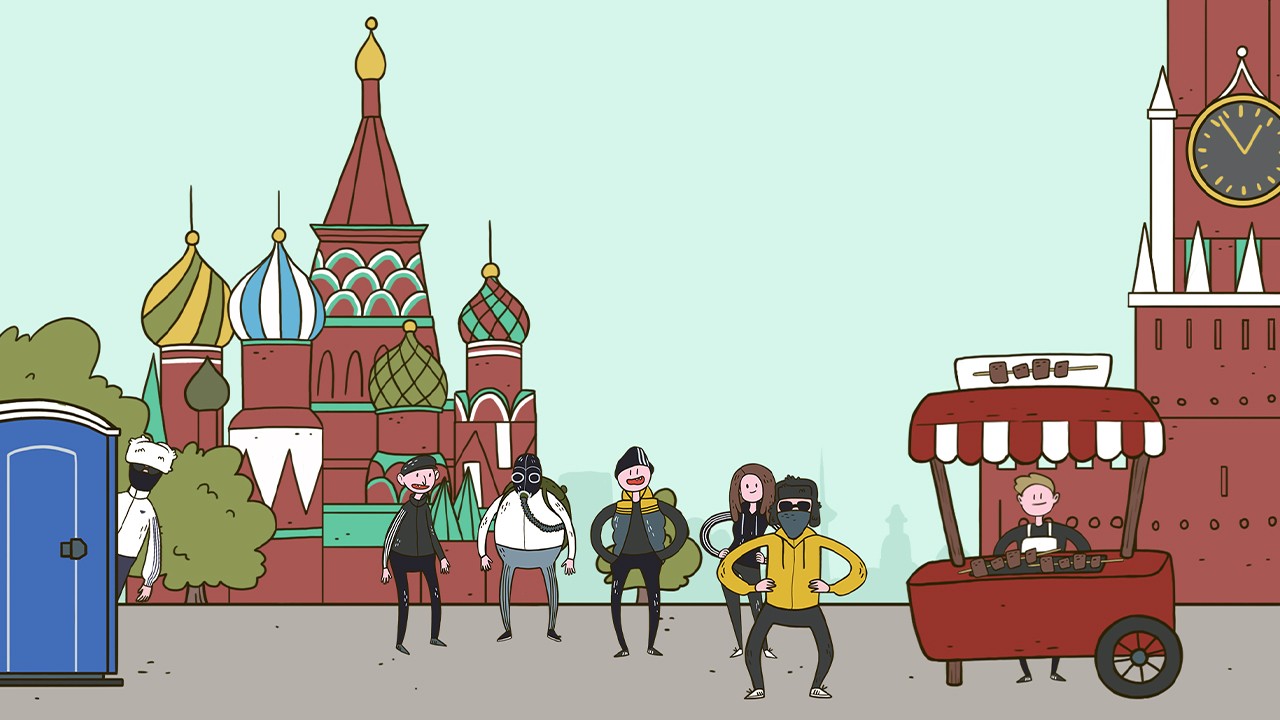 Within an hour, the game was completed, and that was only because we were repeating scenes of making Boris fall over or making him cry like a baby (my daughter’s motivation, not mine). One redeeming section was the mini-games, and arguably this is the best part of a mediocre game. Games include getting Boris to balance in a squat position, and you have to tap either side of the screen to get him to balance – do it too much, and he’ll tip over. Another was much more skilful where you had to throw a large jar of mayo(?) into the balconies in the flats above, and this proved to be very tricky as you have so many jars and also a timer. A nod to another mayo-based game has you frantically tapping the screen to fill jars of mayonnaise before the timer runs out. What starts as a gentle finger tapping shifts to all fingers on both hands, and you can more or less cheat the system until your fingers fall off.

Though simple in their design, I liked the illustrations and colours in the game, and the idea of a simple ‘find the object’ game appealed to me as something different to the usual, but man, this was a chore. The story makes no sense, I had no idea what was going on or what was being said, and it all just felt incredibly pointless. The music pretty much summed it up to me as a mixture of car boot and Vauxhall Nova’s – it was Goldie Lookin’ Chain without the irony.

Life of Boris Super Slav is one for the fans. It’s like giving Kenny from South Park the lead as it’s mostly incoherent shouting and irrelevance that makes less sense than dunking one’s head in a cheesecake for 45 minutes. Not a fan of this Boris either.