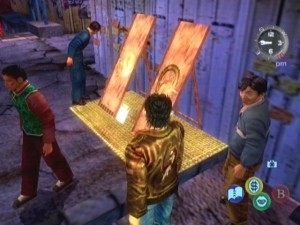 I was asked recently what my favourite game was. It took me less than 10 seconds to answer – Shenmue II. That’s all good and well I suppose, after all, Shenmue II was, and still is a great videogame. The thing is, trying to pick my favourite game should be like trying to pick my favourite album or movie – a lot should depend on the mood I’m in or whether I happen to be wearing my rose tinted glasses that day, but no; Shenmue II popped out without so much as a second thought.

After thinking the question over, (after I’d already given my answer of course) I decided that, while I was happy(ish) with my answer, I wasn’t happy with the speed in which my answer was given – I just couldn’t honestly tell if I had made my choice based upon my own unbiased opinion or whether my light-speed like response had been largely based upon my illogical, unwavering love for all things Dreamcast. God, I freakin’ love the Dreamcast.

That made me think, as much as I dislike the whole fanboy scene and forum ‘trolling’ – or whatever it’s called nowadays, I too am as susceptible to console favouritism as anyone else. Shenmue II aside, with so many classics games to choose from; Resident Evil 4, Ocarina of Time, Half Life 2, Super Mario World etc etc, surely the question had been worth mulling over a little longer than the paltry 10 seconds I had given it.

So why did Shenmue II just pop out like that? Maybe it’s because it really is my favourite game……but maybe, just maybe, it might have something to do with the fact that, deep down, I’m still just a Dreamcast fanboy who, even 12 years after it disappeared off the majority of gamers radars (in the west at least), will still sing its praises to anyone willing, or unlucky enough to have to listen. 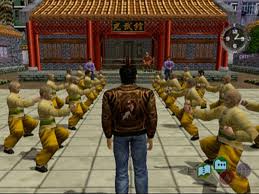 Would Shenmue II be my favourite game if it had been released on PS2? Maybe not. As shocking as that might sound, I do honestly think that for everyone, a favourite game is just that for numerous reasons. Sure it has to be a great game in its own right, but it will also likely remind you of a specific time and place in your life. For me, Shenmue reminds me of my college days and of a time when the Dreamcast seemed like it was light years ahead of the competition. I remember that period as being such an exciting time for gaming when, for the first time, it felt like absolutely anything was possible on home consoles – arcade graphics were no longer something to aspire to, they were something to be bested – Good times indeed. Will I ever experience another period of gaming like I did at the turn of the millennium? Will I ever own another console quite like the Dreamcast? And more importantly, will we ever see a game quite like Shenmue again? I fear that the answer to all of the above is no, and for those reasons, possibly more than any other, Shenmue II is my favourite game of all time.