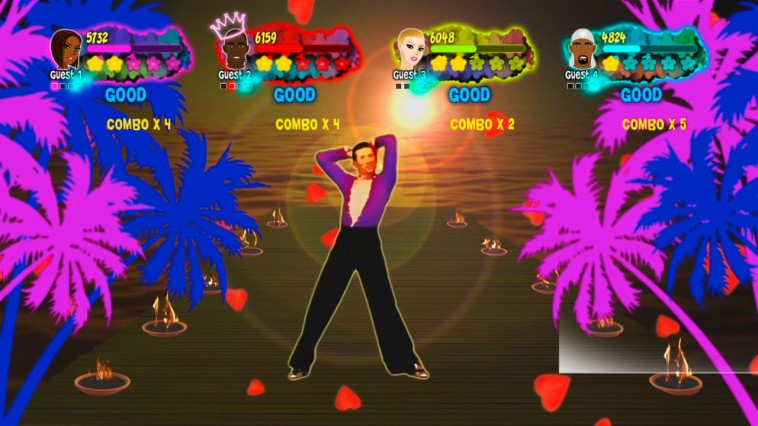 I spent my New Year’s Eve dancing away in front of a television screen while waving a Wii remote around my head, out of time and occasionally out of tune as well. Somewhere on Facebook there is a video of me that was posted without my consent. I would like to point out that I was both sober and unstoppable that night, winning all of the dance offs I was involved in and held on to my title as Just Dance King.

I hope you will take this as confirmation that I am fully qualified to give my expert opinion on what Baila Latino will offer you in the field of interactive rhythm dance games. If that leaves you in any doubt then I challenge you immediately to a sudden death round of Oye Que Rico where you will lose. That is guaranteed.

Oxygene are hoping to bring the Latin spirit into your living room with Baila Latino, a Just Dance clone that feels right at home on the Wii U, and while it provides a reasonable amount of entertainment, brings a few niggles and layers of confusion that make you question the overall execution. 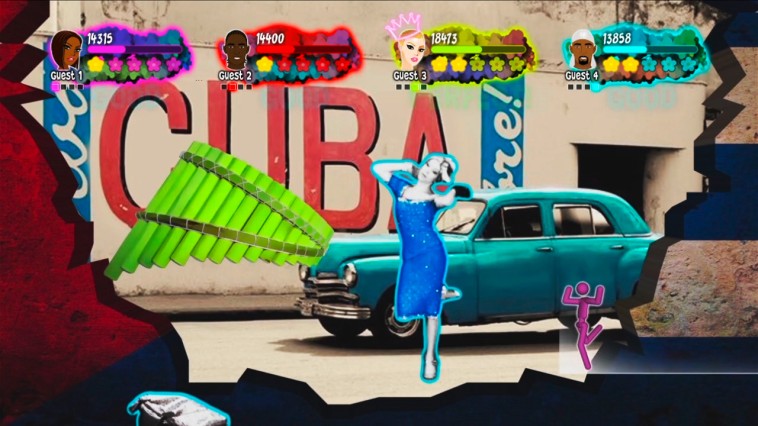 First and foremost, the comparisons with the Just Dance series are a given. With so few games of this genre on the market then comparisons are going to happen and unfortunately they aren’t particularly in Oxygene’s favour. On the other hand, it’s not entirely fair to compare like for like as the Just Dance series is well established across multiple formats and many games.

Oxygene wants to remind you you’re playing this on a WiiU and that you have a secondary screen to look at and it achieves this by making most of the menu choices through the secondary WiiU pad screen, even though the game’s primary control is using the Wiimote that you’ll be dancing with. It’s a bizarre choice as your often be confirming wiimote choices using the WiiU pad or pressing A on the wiimote first before having to select your song on the pad.

You’ll always default to the guest player automatically so you will have to make sure you’ve chosen your profile before you play every round, every single time. It’s a very sloppy way of doing things considering how everyone else who designs games in general sticks to one input method on the User interface.

Once you start playing it appears to be business as usual, with your only guidance being to copy what the dancer is doing in front of you, keeping an eye on the coloured glove as that is where your hand with the remote is meant to be, with guidance stick figures down the bottom right of screen sometimes. Latin stick guidance figures in Balia Latino appear to work part time, as your dancer on the screen will often carry out entire sections of routines without them. However, most songs seem to repeat the same moves several times during a routine, and in all honesty, it is easier to follow the dancer than the instructions most of the time. 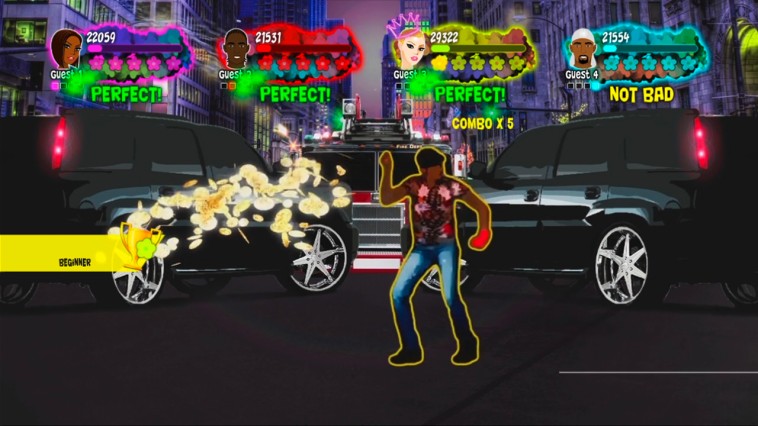 What does work in Baila Latino’s favour is the infectious music you dance to. I’ve never heard of Oye Que Rico, La Zumbera or Lamento De Corazon. They were all great fun to dance to even if they did repeat the same moves in the routine after a while. What you will notice though is that it is rather difficult not to do well in the game and even with my two left feet, I seemed to score very well in any dance I attempted and it became clear that waving the remote in the right direction was all that was required to hit some perfect beats.

Multiplayer is hugely disappointing, with no real imagination put into any of the modes over a who can score the highest, seeing as everyone dances along to the same character. It’s a real wasted opportunity, and one of the core attractions of the Just Dance series. For it to be tacked on with little imagination really makes you wonder why you should care. As it gives the impression that Oxygene don’t.

Baila Latino is a mixture of great songs that you won’t know but will get your hips moving. It has too many issues in it to be recommended. Too many sloppy design and presentation decisions easily put it to the bottom of the games I might play again list. It’s a really poor lazy effort that should know better considering the competition. Best leave it to the experts Oxygene, as this doesn’t even come close and won’t be joining me for New Years any time soon.