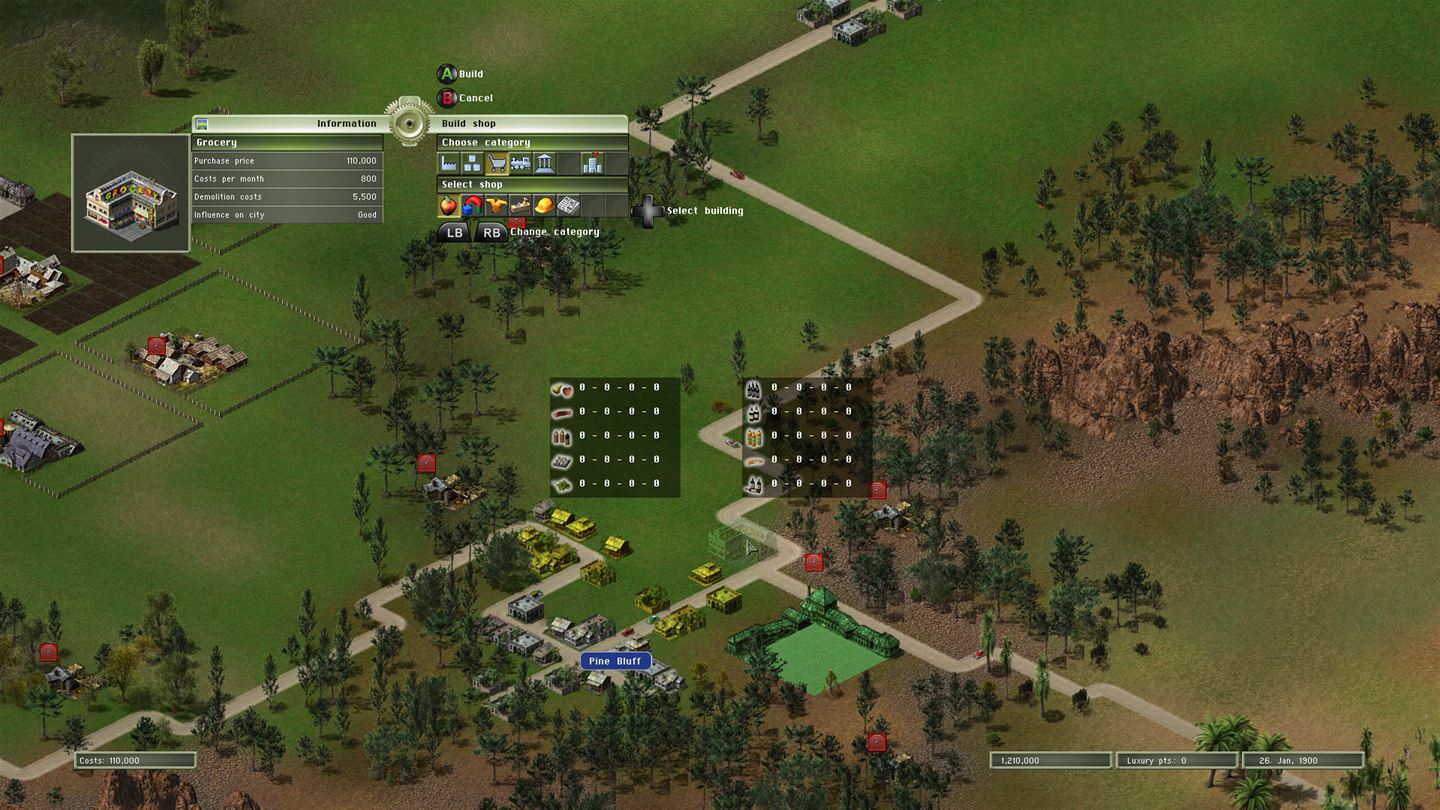 I often like to include a little humour in my reviews, but when it comes to the re-release of Industry Giant 2, I am really struggling to see the funny side. Picture the scene; it’s Christmas Day and my long-suffering fiancée has agreed to forgo the finale of Strictly Come Dancing and the Christmas special of Call the Midwife just so that I can endure a few hours of this appalling game. I’m also wondering why on Earth I’m not playing Dishonoured 2 or Battlefield instead, considering that my use of the main television for gaming is strictly limited.

You may ask yourself what I’m moaning about, and I intend to tell you. Firstly though, let’s talk briefly about the heritage of Industry Giant 2. The game was first released on the PC in 2002 at a time when complex resource and city management games (such as the Tycoon series) were hugely popular. Unfortunately, Industry Giant 2 was never among the best of them, which makes the decision to re-release it on Xbox One, fourteen years later, with no improvements, almost completely unfathomable. My research indicates that the decision is somehow linked to a need to repackage the original game for Windows 10 compatibility, leading the developer having a “what the hell” moment and deciding to throw it out onto the latest generation of consoles.

That decision (and the thought that must have gone into it) can’t possibly have extended beyond a conversation between two people in the pub, probably over a liquid lunch. The console version of Industry Giant 2 is identical in every material way to the 2002 original, except for the fact that it now has an appalling control scheme. I’d like to think games have moved on considerably since 2002, and I don’t think I’d be alone in suggesting that the approach taken by Industry Giant 2 will be considered less than par by most modern gamers. The controls are a big issue, but the basic gameplay is simply not dynamic or interesting enough to capture the imagination. 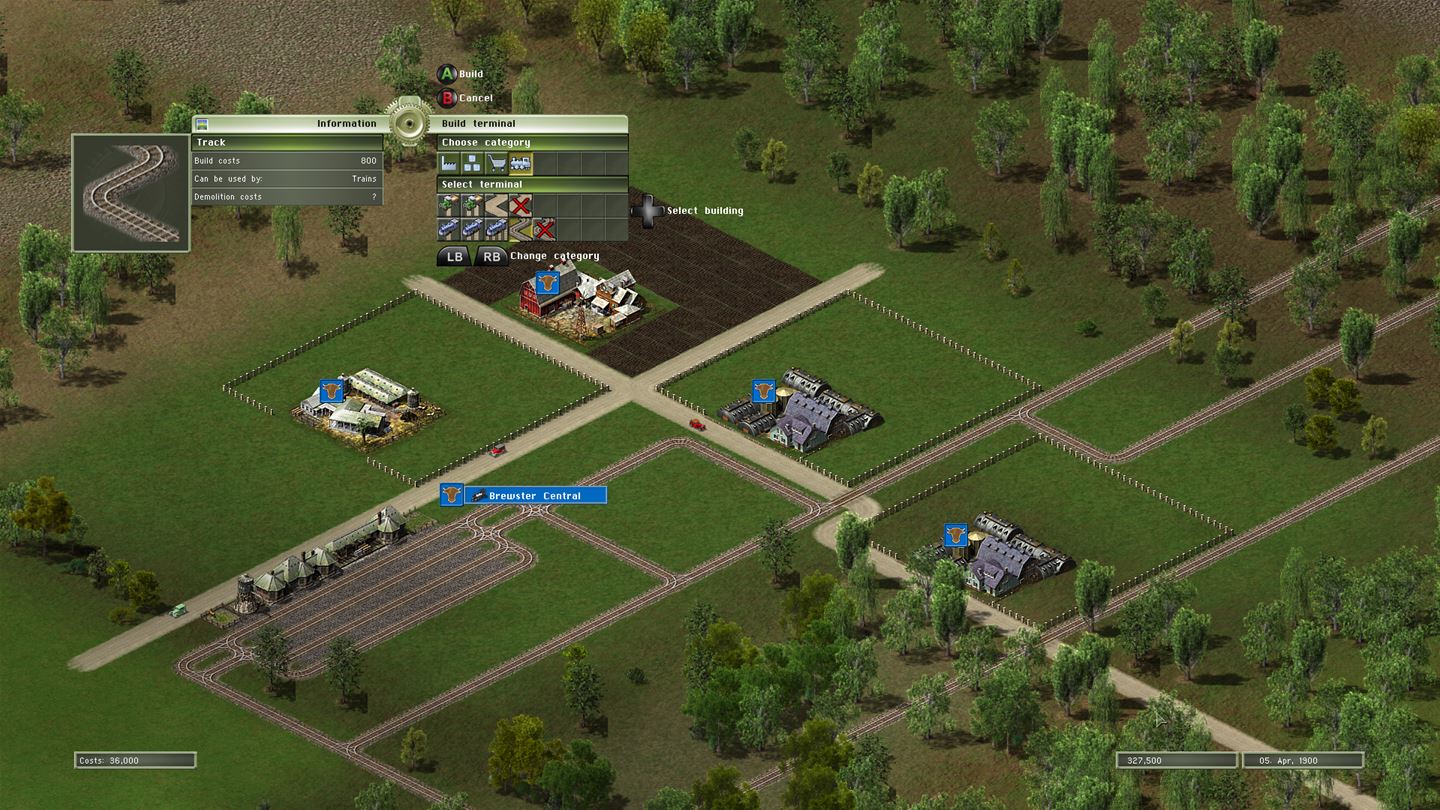 Let’s deal with the control scheme first. The game uses the right analogue stick to move the in-game camera, whilst the left stick acts as the mouse pointer. The D-Pad and the bumpers do a variety of stuff, but between them and the pointer, there is a huge amount of unpredictability that impedes the muscle memory that seems to develop when playing most games, however complex they might be.

Take the production management screen of most buildings, for example. Whenever there are multiple products to select within the management panel, clicking on them using the cursor closes the screen without any further action, but navigating around with the bumpers and the D-Pad to highlight the relevant choice is what the game wants you to do. This system is barely consistent from one screen to the next, with the bumpers used in some cases and the D-Pad used in others. It’s bizarre because it flies in the face of what feels natural, and what has been implemented in basically every game ever that had an analogue stick used as a mouse pointer.

Next up is the outmoded gameplay. Industry Giant 2 throws back to a time when games of this kind often focussed on the mechanical or numerical components of business management, paying little or no attention to customers and their requirements or staff and their demands. Indeed, these factors are completely absent from Industry Giant 2, which focusses solely on creating a successful supply chain solution and then ramming products down the throats of the local inhabitants. The GUI (which was probably decent in 2002) does provide information about the supply and demand of each product within a given area, but the player has no power to market their products or to influence the market, except by reducing the price. 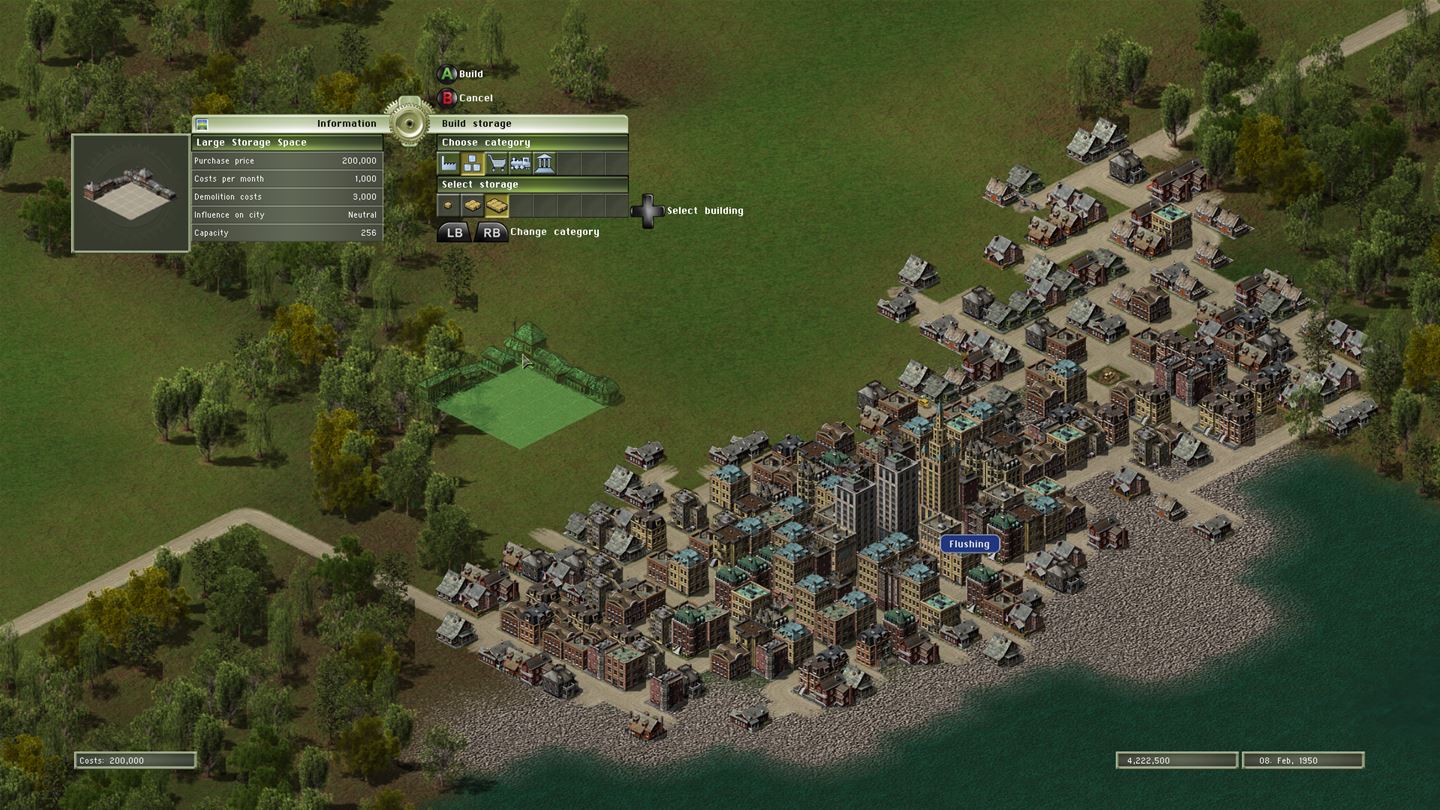 The graphics themselves have a quaint, finely detailed charm, but they are incredibly dated. The world is flat in Industry Giant 2, and the graphics are sprite based, so don’t expect anything fancy, to say the least. There is a small mercy in the fact that the game runs supremely well, but I suspect it would have been just as successful on an Xbox or PS2, had the game been released on consoles during the era when it first hit the PC. The game plays from an isometric perspective, as did so many similar games of the time, and whilst I think that’s OK, I did occasionally struggle to place buildings in a way that I found pleasing to the eye – I find it incredibly annoying when the front door leads to a field, rather than the path or road.

I suppose I should spare a brief thought for those who might actually want to play Industry Tycoon 2, and have been looking forward to the arrival of just such a game on their brand new console. If that person is you, then you have around fourteen campaign levels to look forward to (each of which includes one or more objectives that must be overcome) and then a free mode, as well as a useless tutorial and some other odds and ends. There is no multiplayer, and there are no challenge scenarios outside the main campaign,

In concluding, I still have no idea why Industry Giant 2 has been released on modern consoles, and considering that it carries an incredibly steep price of £31.99, it can only have been a cynical cash in, or an absolute punt. One possibility is that there are relatively few games like this on the current generation of consoles, and the developers felt that the conversion was a relatively easy one that was likely to exploit a gap in the market. Even so, there are much better options out there – for example in the likes of Tropico 5, which, despite its flaws, is superior in basically every possible way.