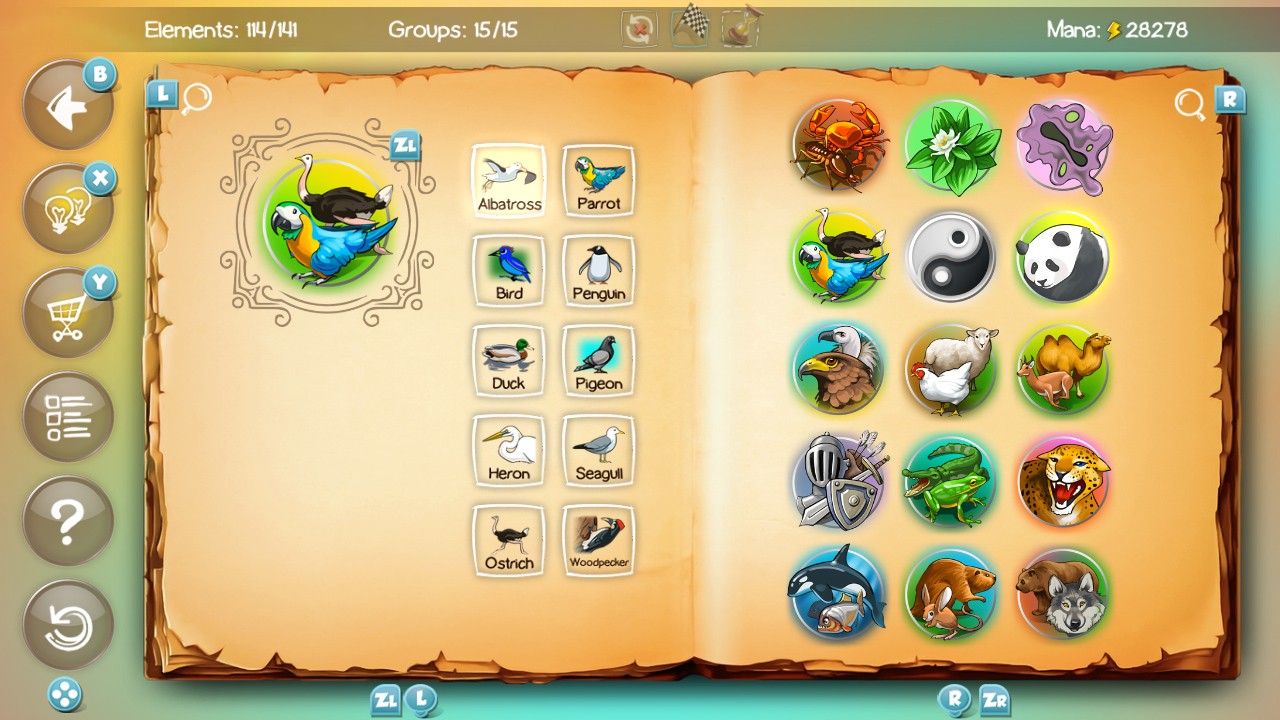 Want an instant dose of nostalgia, that will transport you back to the simpler times of iPod Touches, and apps that consumed school breaktimes? Well, if the answer to that is yes, then buckle your seatbelt because Doodle God: Evolution is here! Developed and published by JoyBits, Doodle God: Evolution, combines the original base game with several of its spin offs, now readily available on the Nintendo Switch. Is this nostalgia trip a gift from the heavens above, or will it be condemned to hell? Let’s dissect and find out!

The game’s plot is fairly straightforward, the player will take control of an all-powerful God and will have to create everything and anything, by combing two pre-existing elements. Sounds fairly straight forward correct? Well, that’s because it is, Doodle God doesn’t add any unnecessary bells or whistles, and is a simple puzzle game that will test your knowledge of the world around you. However, the issues for me personally arise in relation to the concept behind each of the spin off games. Between the original Doodle God, Doodle Farm and Doodle God: Devil Vs God, there is little to no individuality or creativity.

Sadly, the same issues arise again within the gameplay, every section and spin-off is identical, the main objective is always to mix two pre-existing elements to create a new element. Sure, some of the different spin-offs offer some new elements to play with, such the Devil Vs God offering concepts such as sins etc. But the overall delivery and execution of the gameplay becomes tiresome rather quickly. Ultimately, this hurts the game’s replay value, I initially had a lot of fun playing the original Doodle God game, and was instantly transported back to my school days, however, after completing several stages of the original, I found myself playing the spin-offs out of necessity for this review rather than actual enjoyment or desire. 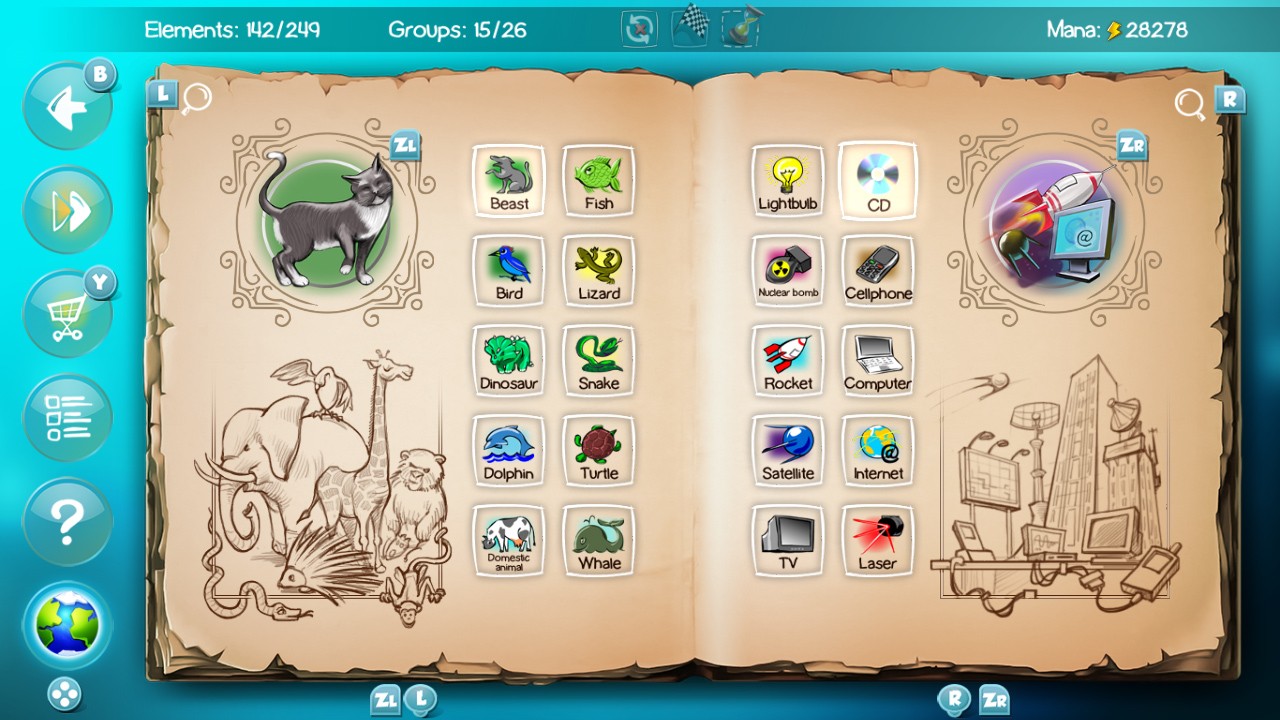 The graphics of the game are fairly basic, but it is nice to see some improvement from the original iPod app version. One aspect I did really enjoy was the inclusion of the Earth feature, and how the newly created element would appear on the globe to signify its completion. Additionally, the art style is rather cute in places such as the Doodle Farm section. Furthermore, I will clarify that the graphics aren’t bad and have never been bad (if memory serves me correct) as simple as the idea of the game is, the graphics are kept simple too and it works perfectly, no over complications they are clean cut and effective. There is nothing super original and distinctive about the graphic style, but also nothing bad that would significantly hurt the game’s playability.

Once again the music and sound design is fairly middle of the road too, there isn’t anything typically wrong with the game, the music isn’t annoying or repetitive, and character voices aren’t grating either (two things guaranteed to typically annoy me) In fact the character’s voice that guide’s you as an instructional mentor rather soothing and quite witty in certain moments (Sidenote if you’re God and he’s your mentor, then whose that voice?). However, the same problem arises yet again, in that there isn’t anything super memorable about the music, in fact, I had to turn the game on as I was writing this very section of my review, just so I could actually jot my thoughts down. 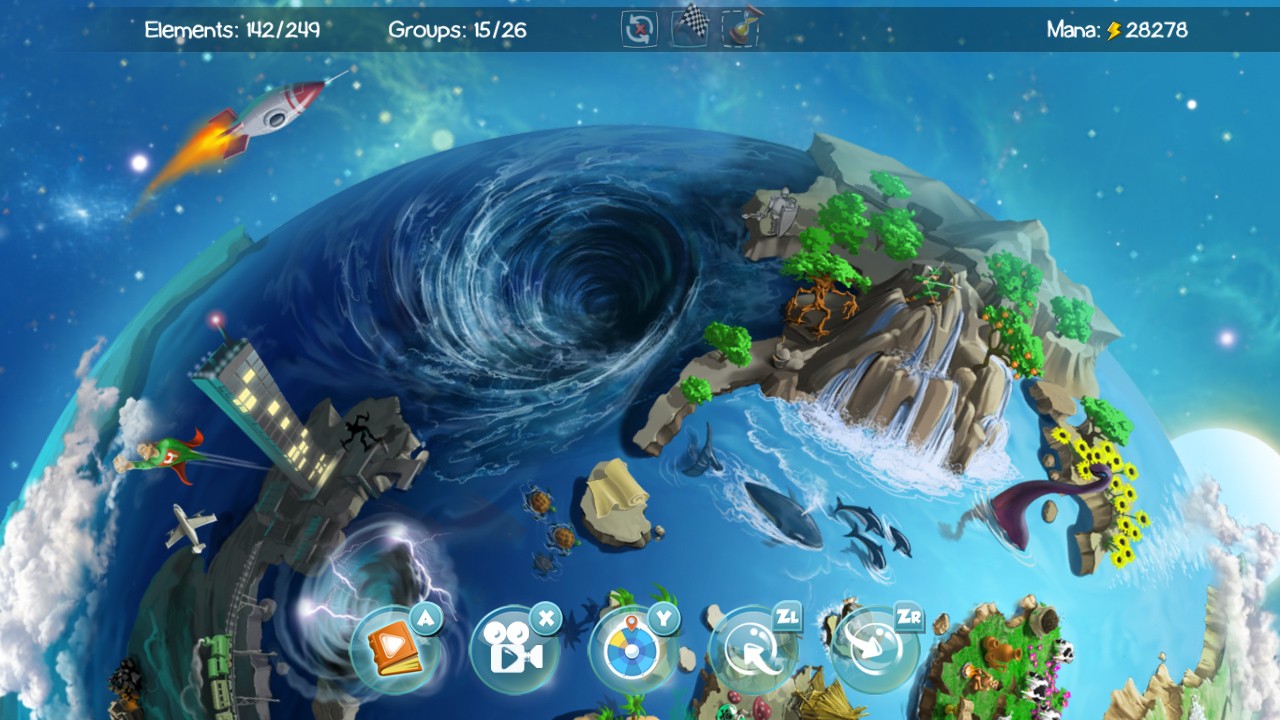 Right now, you’re probably sensing a recurring theme and that is lack of originality and fresh/interesting material. When  I saw this game was being offered as a review code, I jumped at the chance because just from reading the name, I was hit with that dose of nostalgia we all need every now and again, and I was looking forward to seeing how the game has grown/developed and changed since the last time I played it as a teenager. Sadly, it seems nothing has changed. Look, I know the old saying goes, if something isn’t broke, don’t fix it, but if something isn’t broke and needs to mass produce several spin-offs, can’t those spin-offs at the very least be a little different? I would have liked to see more individuality that makes each spin off different, in order to build on the initial concept of the game, rather than just releasing the same game with slightly different names.

Overall, playing Doodle God was a fun experience, I enjoyed my initial play through however I don’t think the game holds up in terms of offering long lasting replay value, to be brutally honest I can’t see myself picking the game up again upon completion of this review. In terms of a selling point, I couldn’t tell you a clear distinction between this adaptation for the Switch and the application you can still download for your phone, they are identical which again screams out yet again for some sense of originality. Perhaps the inclusion of the spin-offs may entice you to go for the Switch? But at £8.99 I am unsure if the price of the game warrants its purchase. So for me this game is probably doomed to stay in a middle ground 2010 purgatory!

Doodle God: Evolution is a fun, straightforward puzzle game that lacks replay value due to its own simple concept.