This generation of consoles have been home to some of the finest videogames ever created; from the near perfection of Super Mario Galaxy through to the sprawling game world of Grand Theft Auto IV and the recently released Last of Us; since the 360’s launch back in 2005, gamers have arguably been treated to the most prolific era in videogame history.

Some would have you believe that the days of the SNES and Mega Drive were superior, but honestly, in terms of choice and above all, quality, this generation is pretty hard to beat. There has of course been a ton of shovelware (thanks largely to the Wii), but with so many AAA titles on the shelves, this really shouldn’t bother the majority of gamers.

Saying that, for every stone cold classic or unquestionable turd, this generation has also provided its fair share of polarising titles. The recently re-released Deadly Premonition, with its reviews ranging from an abysmal 20% all the way up to a perfect 100% is the obvious choice, and for that reason, I’m not going to even bother putting that on the list. Just about everyone knows the story behind Swery’s brilliantly terrible slice of Lynchian plagerism, so with that vetoed, here’s the ‘other’ top 5 polarising titles that, despite their flaws or nuances have found a special place in our hearts. 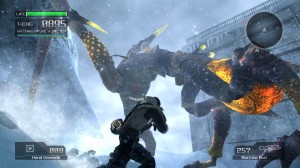 Despite it’s somewhat awkward control scheme and questionable design choices, Lost Planet: Extreme Conditions got by on its breathtaking visuals, unique snow covered game world and general lack of competition. The second game in the series however wasn’t afforded such luxuries. By keeping the divisive control scheme and at times, antiquated design choices of its forbearer, Lost Planet 2 received a much harsher response from both critics and the general gaming public.

With so many AAA third person shooters now on the market, reviewers were a lot less forgiving of Lost Planet 2’s foibles – especially considering Capcom’s apparent insistence on righting none of the wrongs of the original. To make matters worse, Capcom made Lost Planet 2 an almost exclusively online title. Sure, you could play through the campaign on your own, but thanks to level design geared heavily towards online co-op, playing through the campaign solo proved either a) just a bit boring or b) rage inducingly annoying – much to the chagrin of fans of the originals solo campaign.

Still, for those who embraced the online-centric design and ‘quirky’ controls, Lost Planet 2 delivered an eye searingly epic shooter. With some of the biggest enemies ever seen in a videogame and an array of unlockables and customizations options, Lost Planet 2 has a hell of a lot to offer.

The other thing in its favour? Well, it’s just plain cool isn’t it (no pun intended) – with it’s unmistakable Capcom aesthetic, awesome Vital Suits and unique cast of characters and enemies, Lost Planet 2, if nothing else, always stands out from the crowd. 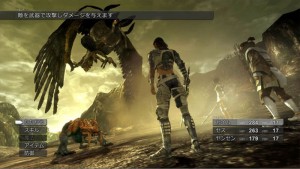 Lost Odyssey’s detractors almost exclusively attack the games old school sensibilities and complete lack of innovation. These are fair points and for the most part, completely true, but at what point did innovation become a prerequisite of success? Attacking this game or simply dismissing it out of hand because of the way it openly embraces the long held traditions of the JRPG is to miss the point.

Lost Odyssey doesn’t try to reinvent the wheel – it tries to perfect it. And you know what, it comes mightily close. The old school turn based battles are faultless and actually improved upon by one of the games few unique features – the ring system. By adding this simple, timing based challenge, each battle becomes immediately more involving, keeping players from the blind attack spamming that plagues the easier battles of many JRPG’s.

While the battle system and pleasing visuals will keep most entertained for the games lengthy running time, it is the games writing that will keep it stuck in the memory long after the credits have rolled. The story itself isn’t groundbreaking, but the consistently entertaining tale of the immortal Kaim and more specifically the superbly written short stories “Thousand  Years of Dreams” offer some of the very best writing seen in any videogame, let alone a JRPG.

Written by the award winning short story writer, Kiyoshi Shigematsu, the often touching Thousand Years of Dreams give Kaim’s character and his actions much greater weight while also proving surprisingly emotive for those willing to embrace the games tale.

It obviously won’t be everyone’s cup of tea, but for those looking for a more traditional take on the JRPG, Lost Odyssey’s epic adventure certainly won’t disappoint. 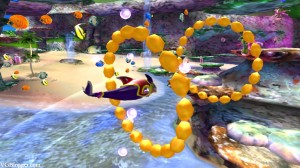 Nights: Journey of Dreams, the follow up to the much loved but little played Nights into Dreams on the Sega Saturn (played a tiny bit more sinse its XBLA/PSN re-release) had the weight of great expectations resting on its shoulders from the moment it was announced. After an 11 year hiatus for Sega’s gender non-specific jester, Journey of Dreams was always going to struggle to live up to its predecessors lofty reputation.

As much as fans would have been happy with an HD update of the original that they finally got a few years later, SEGA’s plans to introduce the little known Nights to a wider audience required a few additions to the core concept. Nights was great back in the day, but in today’s market, well, a little more was required if the game were going to sell outside of the niche market of 20 something’s with rose-tinted nostalgic memories of the original.

It’s release on the family friendly Wii was an immediate concern for the core. While the introduction of motion control made obvious sense, the fact that it didn’t actually work all that well made the choice of platform all the harder to take……then there was the platforming. A classic piece of ill advised SEGA tampering – SEGA saw fit to add far too much in the way of pointless, poorly developed platform sections to help pad out the experience – why SEGA? Why?

Still, get through the painful platforming sections, accept that the production values aren’t quite as high as you would hope, plug in a classic controller and finally, after more effort than should have ever been required, Journey of Dreams becomes the game fans of the original had hoped for. By being able to hand pick levels without the crappy story getting in the way, you can finally get back to the classic time and score chasing that the original was famous for.

The levels are still marvellously imaginative, Nights still handles like a dream and yes, get past all the unnecessary filler and Nights: Journey of Dreams is still an amazingly unique experience. 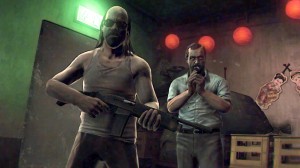 Be it the originals super slick Michael Mann inspired aesthetic or the rough and ready, home made styling of its sequel, both Kane & Lynch titles have came under fire for largely the same reasons – they’re all style and no substance.

With unique, genuinely interesting leads, a handful of innovative gameplay mechanics and some very intriguing multiplayer options, both Dead Men and its sequel had all the ingredients to make them AAA titles.

While some would argue, myself included, that AAA is exactly what they are (well, nearly anyway), there are just as many, if not more so, who would tell you that both games are built upon shoddy core mechanics that, despite the unique art style or narrative, make playing either game something of a chore.

The fact is, whatever your stance, there’s no doubting that both games have their issues. For a game with such a major emphasis on shooting, the weapons throughout are surprisingly underwhelming. To make matter worse, the hit detection is often inconsistent. There are also spells of monotonous gameplay that turn the experience into little more than a shooting gallery.

I’m not doubting these problems….they’re clear to see. It’s just that, personally, I can look past these issues. The weaponry isn’t as bad as some people make out and the hit detection, while annoying at times, certainly isn’t a game breaker. The fact is, I’m willing to forgive both games their foibles because, well, they really are very very stylish.

I know it’s shallow but I can’t help but be enamoured by the Heat inspired shootouts of the original or the gritty, youtube styled aesthetic of its sequel. With a world this well constructed and leads as interesting as the conflicted Kane and the plain bat-shit crazy Lynch, I’m more than happy to look past each games faults. 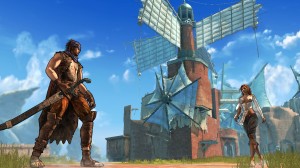 As much as I enjoyed the other games on this list, I’ll be the first to admit they’re not for everyone. Many of these games are as easy to hate as they are to love…..but Prince of Persia? Nope, I just don’t see it. Although the reviews for this game don’t swing as wildly as for the others on this list, I’m still struggling to see how this masterpiece (yeah, I said it) of artistry and game design could be seen as anything but the AAA title it so clearly is.

With its luscious water colour visual style that literally paints the world as you progress and truly unforgettable level design, aesthetically alone, Prince of Persia is worth the price of admission. Add to that a solid combat system that favoured tactical one-on-one battles (or two-on-one if you want to be a stickler) over the aimless large scale battles of The Forgotten Sands combined with an emphasis geared towards exploration rather than the series staple linear platforming and what you’re left with is an experience quite unlike anything else.

And that’s exactly what Prince of Persia is – an experience. Unlike the by the numbers, somewhat regressive Forgotten Sands, Prince of Persia celebrated the new graphical oomph that the new generation of consoles delivered and the freedom that came with finishing the Sands of Time trilogy by creating a wholly unique experience.

Many have argued the games lack of death, and thus challenge to be a sticking point, but honestly, how is Elika’s hand throwing you to safety any different from the extremely forgiving check point systems found in many of today’s games? Do we really need to see the Prince strewn across a bed of spikes? That’s not what this game is about – it’s about enjoying the experience of being in the world created, of traversing the land in the way that only the Prince can.

What do you think? Are there any other games out there that you love despite their unique nuances? How about the games on the list? Love? Hate? Meh? Let us know.