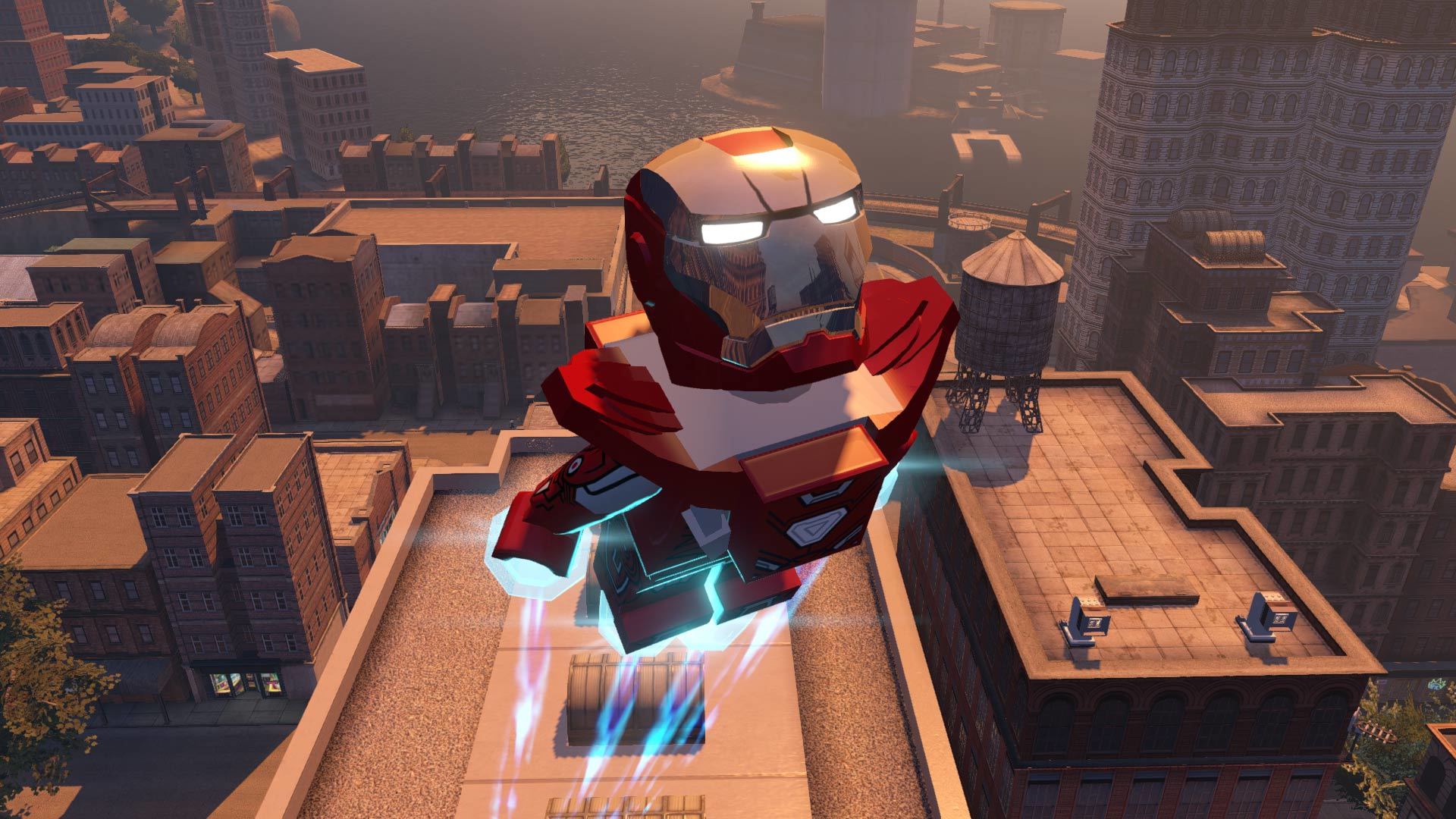 LEGO Marvel’s Avengers is a very strong addition to the increasingly lengthy list of licensed video games developed by the ever reliant, TT Games. The problem is, while it is certainly above average and arguably amongst the finest that they have delivered, it will inevitably be compared to its predecessor, LEGO Marvel Super Heroes; considered by many (including myself), to be the best LEGO game of the bunch.

Sadly, while an incredibly enjoyable video game in its own right, it doesn’t compare well to the more enjoyable and successfully structured, LEGO Marvel Super Heroes and subsequently feels like a bit of a disappointment despite the fact that, again, it really is a very good game.

The primary reason for this has to be the games’ commitment to the Marvel Cinematic Universe (MCU) rather than the comic universe that invariably gave LEGO Marvel Super Heroes so much artistic and structural freedom. As it stands, LEGO Marvel’s Avengers probably has the most impressive HUB world of any LEGO game, but due to the obligation to loosely follow the stories from the two Avenger’s and Captain America movies, Thor: The Dark World and Iron Man 3, LEGO Avenger’s feels somewhat hamstrung by comparison. The HUB is great, and the array of side missions makes the world feel surprisingly vibrant, but despite the levels working very well individually, they do not come together to work as a cohesive whole, something that also effects the audio presentation and tone. 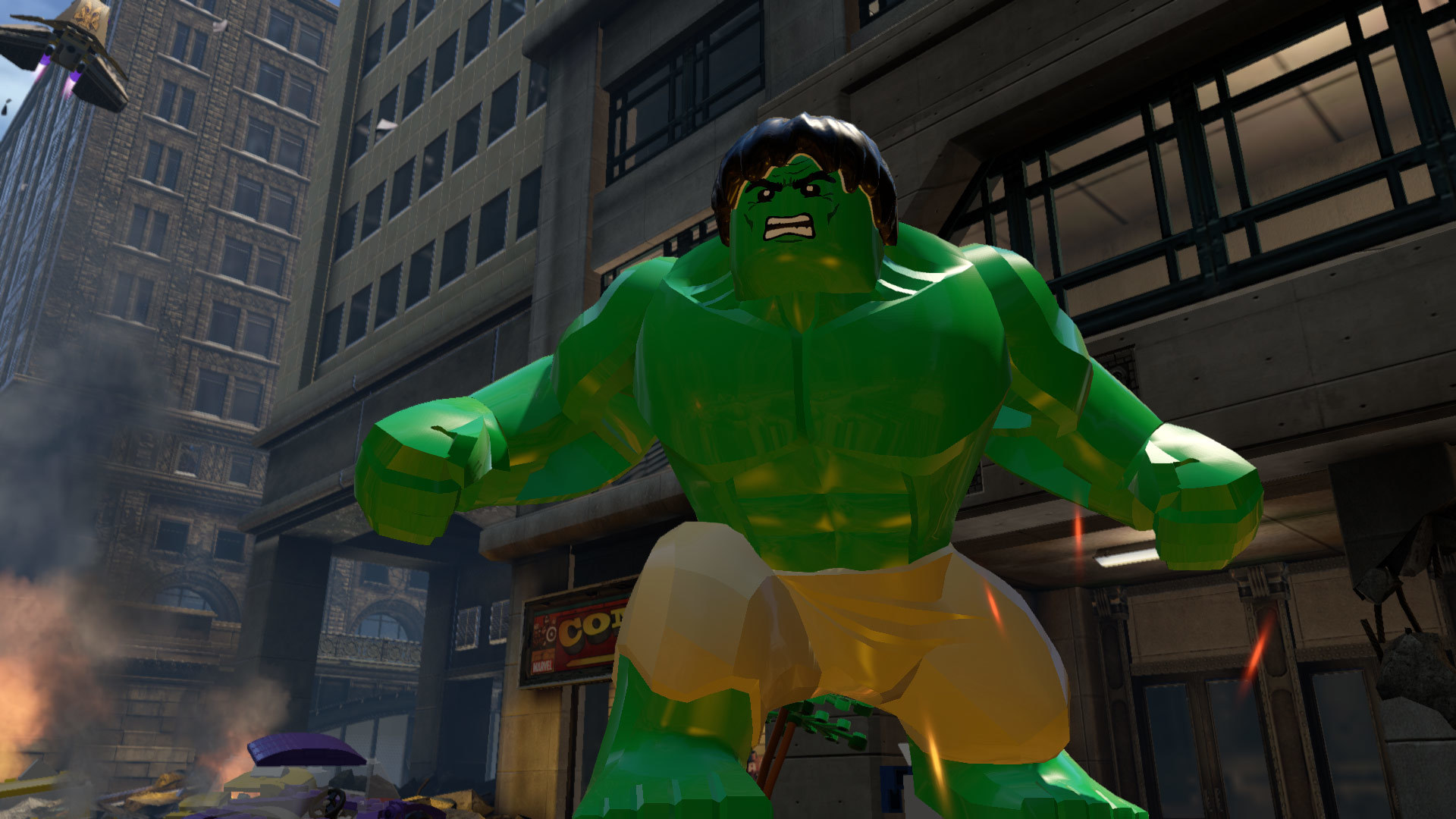 The voice work by returning cast members is universally solid, but it is mixed here with dialogue and audio taken directly from the movies which, beyond not sounding quite right, leads to an inconsistent tone that permeates the entire experience. Again, nothing is overtly bad here, but by combining the two, pre-recorded lines tend to stand out like something of a sore thumb.

Going with the MCU rather than the comic universe has also led to some disappointing omissions from an otherwise exemplary cast of collectible characters. Unlocking the whole collection is half of the fun when it comes to LEGO games, and while the likes of all-stars such as Captain America and Iron Man are included alongside the incredibly obscure Squirrel Girl, Echo and Gorilla Girl in what adds up to a cast of 200+ playable characters, you are inevitably left without the more famous likes of Spiderman, the X-Men and the Fantastic Four. In fairness, their omission makes sense given the obvious rights issues, but what about Guardians of the Galaxy? Where the hell are the Guardians of the Galaxy!?  It’s hardly the end of the world given the huge cast, but after their inclusion in Lego Marvel Super Heroes, this again feels like a notable omission.

Still, despite these problems, LEGO Marvel’s Avengers remains a resolutely strong entry in the LEGO series, one which actually pushes the series forward in many respects. Beyond the Manhattan HUB world being the biggest and most impressive yet, the multiplayer here is arguably better than ever before with players able to go off in completely different direction and essentially undertake separate missions. Also, while the game and story might not feel as cohesive as previous releases, the stages themselves are all incredibly fun, and in multiplayer, those aforementioned tonal inconsistencies aren’t so much of an issue, thus allowing the individual level design to shine. 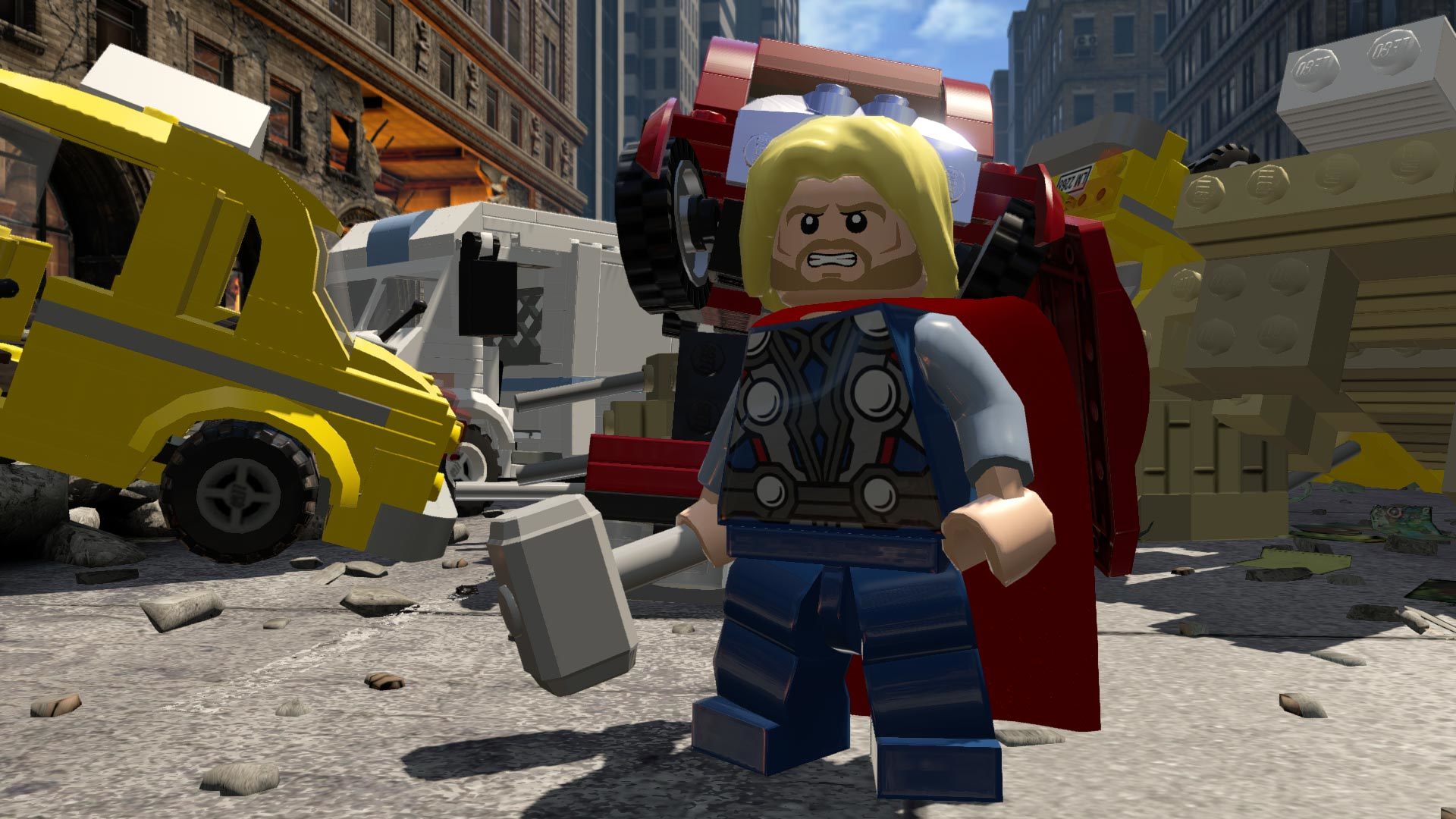 The biggest improvement however comes in the form of the combat system. While still recognisably LEGO in terms of its structure and its mechanics, the ability to put together simple combos is a welcome one with each of the games’ myriad of characters also having their own unique team-up abilities with other members of the cast. Smashing blocks via basic attacks is as fun as ever, but I’d argue that the LEGO games could do with a little more mechanical depth, and what has been added here provides that little bit of depth without having a negative effect on the games’ overall accessibility.

It might not be as consistent or all-encompassing as Lego Marvel Super Heroes and the enforced narrative and spotty delivery certainly takes its toll, but despite these issues, LEGO Marvel’s Avengers remains a hugely enjoyable video game, one that, while inevitably more fun when played with friends, has enough content and strong enough core mechanics to make it a viable option for single player gamers. The puzzles are still great, the combat is better than ever and the Manhattan HUB world is TT Games’ most impressive yet. It’s a shame that certain characters don’t make the cut for legal reasons, but even without the likes of Spiderman and Wolverine, a cast of 200+ is unlikely to leave anyone feeling particularly short-changed.