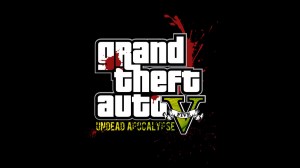 Grand Theft Auto V is a truly astonishing video game, a master of its art form and a technical masterpiece. Saying that though, personally, I still prefer Red Dead Redemption. Don’t get me wrong, GTA V is the better video game, but Red Dead is, in my opinion at least, the superior experience.

The reason for this, beyond my adoration for the setting of course, is the fact that the GTA open world template is, simply put, much better suited to a Western setting. Yes, there is invariably less to do, but due to the nature of the time period, the vastly reduced technology and relatively limited infastructure of the Wild West, the idea that you could put a bullet in somebody and get away with it, while not necessarily realistic, is infinitely more believable than the idea that you could run over hundreds of pedestrians, shoot down a couple of police officer before escaping in a fighter jet, only to be eventually caught and let off with little more than a warning.

I appreciate that the absurd nature of what can be achieved in GTA is half the fun, but I have always found that these flights of fancy clash against the underlying story and serve primarily to take me out of the world created. I accept that not everyone will agree with me, but hey, that’s the beauty of opinion. 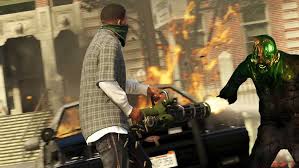 One opinion I believe that the majority of gamers would agree with me on however is just how great a potential Undead Nightmare expansion would be for GTA V. While it is already amongst my favourite add-on/expansions of all time, the thought of combining the rock solid technology behind GTA V with a zombie apocalypse must be one of the more saliva inducing concepts around. Here, with the built in absurdity of a zombie apocalypse already in place, the freedom and experimentation inherent within the GTA V framework would serve as the perfect counterpoint, potentially creating the zombie video game that many gamers have always dreamt of. It may sound ridiculous, but would the world of GTA V not be a more cohesive place with the introduction of zombies? Wouldn’t stealing a jumbo jet seem more palatable in a world overrun by the walking dead?

As great as Red Dead Redemption: Undead Nightmare is, and it is great, GTA V with zombies truly is the stuff of dreams (or nightmares if you prefer). Yes, the market has been somewhat saturated with zombie themed video games in recent years, but c’mon, a GTA V themed zombie-fest? It’s a concept that absolutely brims with possibilities, and anyway, who in their right mind would ever argue with the idea of GTA V: Undead Nightmare?