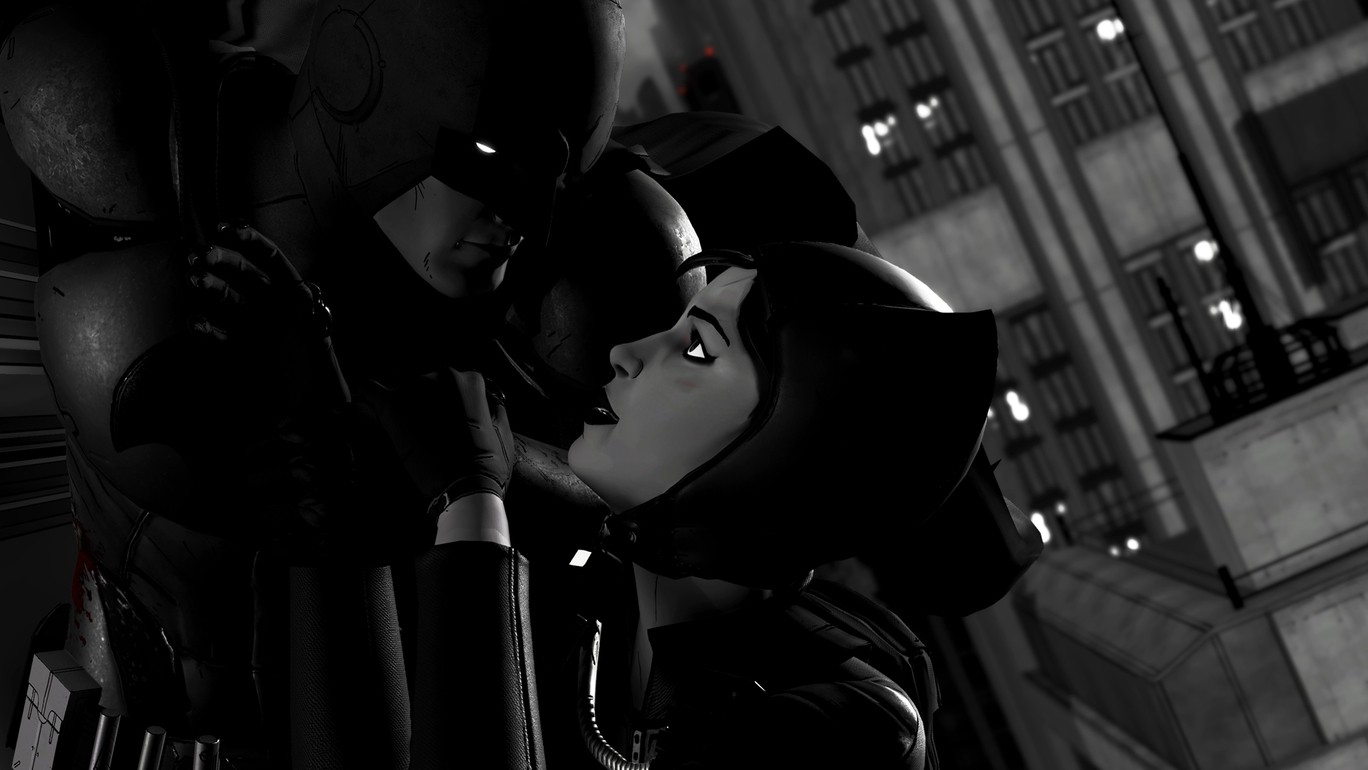 The collapse of Telltale games sent shockwaves through the world of videogaming; especially with their successful point/click and decision-making take on popular franchises such as Minecraft and The Walking Dead. However, since then, LCG Entertainment bought up as many titles from Telltales back catalogue that they could muster in order to continue the legacy of their games. Their latest project comes in the form of The Telltale Batman Shadows Edition as it crusades a release onto the Xbox One.

Rather than produce a totally new game or an HD revision, LCG Development have decided to play with the aesthetical presentation of the game to produce a noir-setting of blacks and whites, as well as accentuating a few other bolder colours to produce a darker setting for the dark knight. It’s also available in two ways, either as a complete package, as is being reviewed here, or as a separate piece of DLC for owners of the existing, original titles. Whichever option you choose, both are priced at a reasonable entry for returning and new gamers alike.

With this complete edition of the game, you get both seasons of Telltale’s Batman games: Batman – The Telltale Series and Batman: The Enemy Within. Along with this, you also get the Shadows Edition, meaning that you can choose to view the game in its original format or with the newer, darker make-up to its presentation. This also applies to the separate DLC, although this doesn’t come bundled with the The Enemy Within if you don’t already own it. However, with the complete edition, that’s all ten episodes; giving you around forty hours of entertainment. 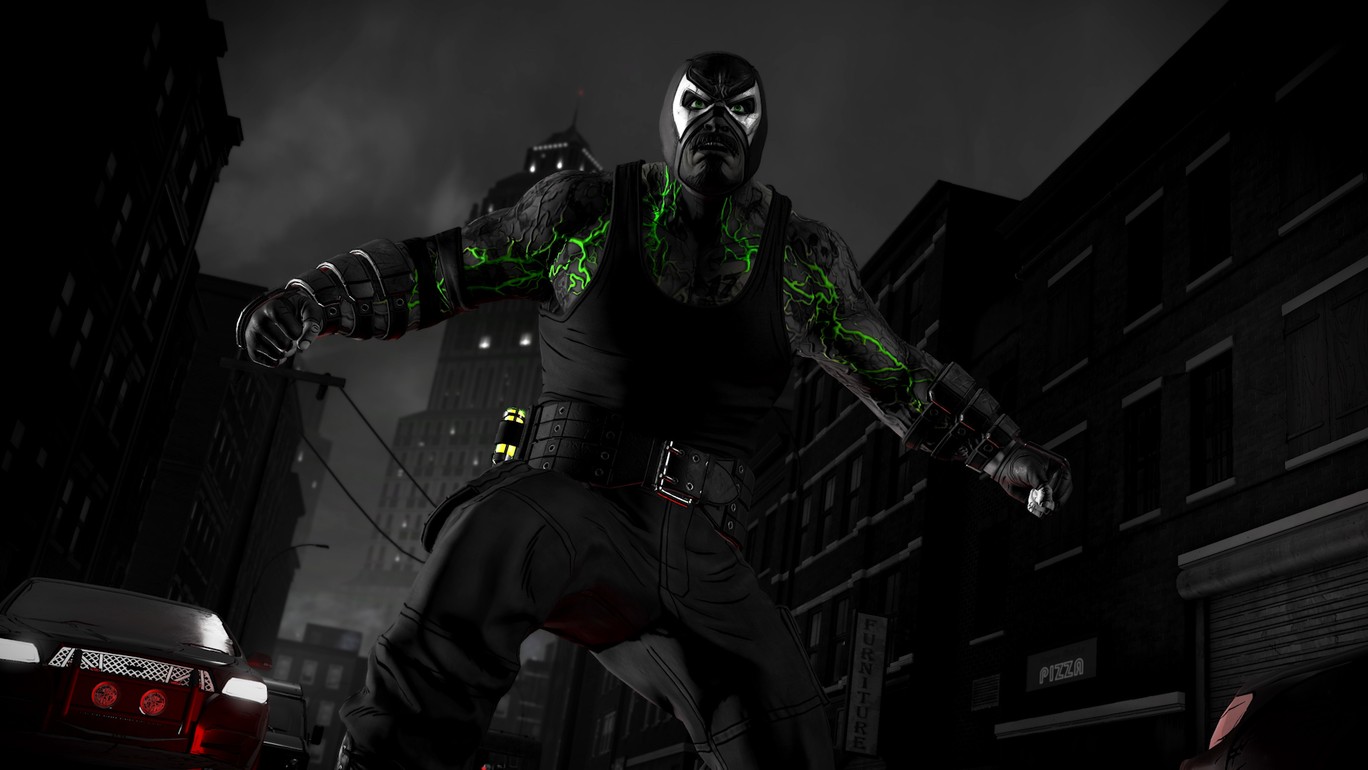 For those who have never played the series before, or any of Telltale’s game’s for that matter, both the Batman and The Enemy Within series plays along a series of genres. Presented in an interactive movie/novel style of play, you watch the story unfold and make key decisions at certain points, sometimes timed, that have a bearing on events and the eventual outcome of the story. The game also contains elements of a point and click adventure; giving you a more interactive experience that simply watching the screen. Everything is presented in a comic-book style, not in a window or strip though, but in how the graphical presentation is drawn. It’s a very unique visual style and one that matches the whole premise surrounding the subjects of their games.

These Batman series of games focus on the character Bruce Wayne and of his alter-ego, Batman. Of course, it also contains a number of Batman’s famous foes, such as The Joker, Harley Quinn and Catwoman. Rather than being an all-out adventure though, these two games within the series focus on the psyche of Bruce, dealing with personal conflicts and relationships, the businessman and the politician and the haunting memories of events that helped shape the form of Batman himself. It’s a gritty, dark and violent story, but one that totally captivates; especially if you’re a fan of the caped crusader.

With this new edition of the game, it’s whole visual presentation has been given a new lick of paint. Its noir-style of blacks and whites matches the dark world of its settings, with certain bolder colours such as reds and greens being accentuated to bring a new level of visual appreciation to the overall aesthetic of the game. It gives everything a more ‘grown-up’ feel and seems a world away from the comic-book style of the original title. As far as I could tell, there hasn’t been anything new added to the overall arc of the storyline and everything remains intact from the original in this respect; although it’s been a few years since I played the original game and my memory isn’t what is used to be. 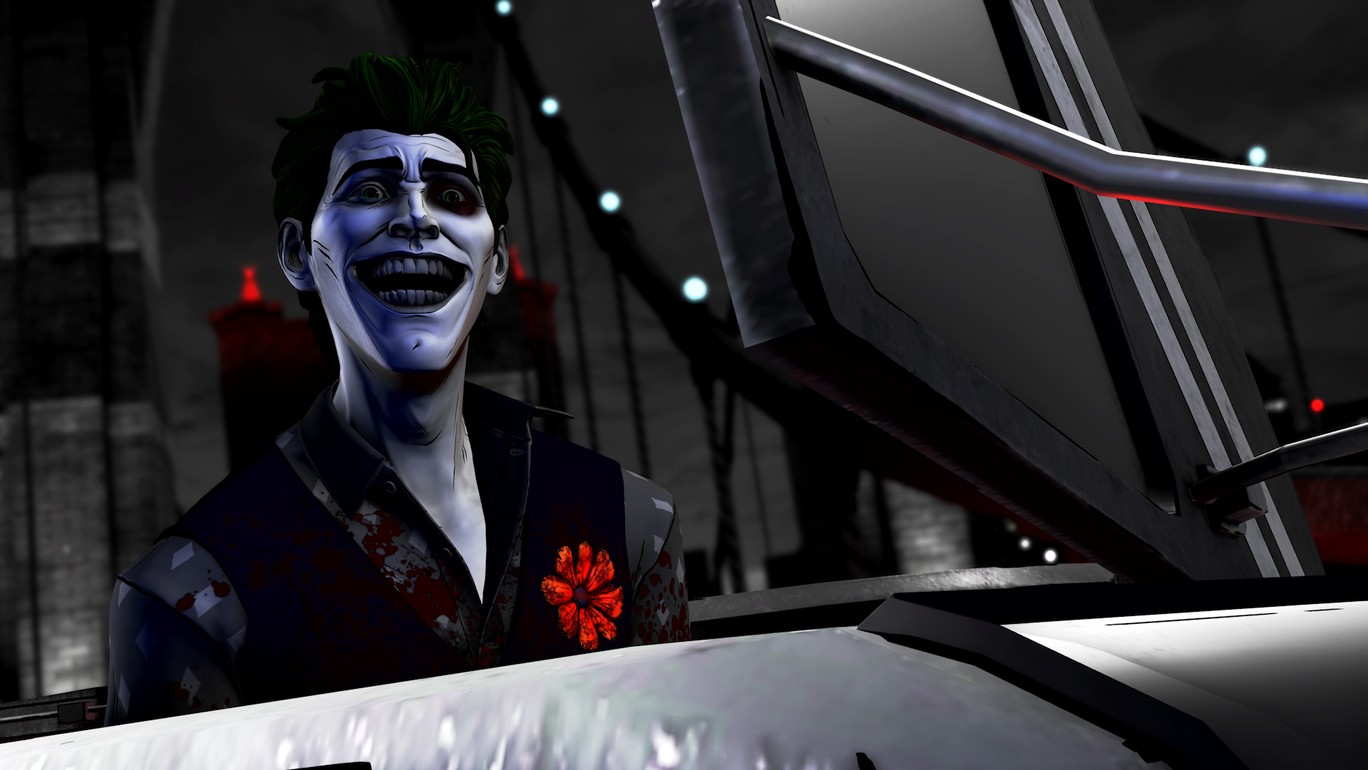 What I do remember though, is that The Enemy Within never held the same level of intrigue as the first game within the series and this still remains the same; although it’s still an interesting storyline to follow and delves more deeply to the psyche of Bruce’s character. What this Shadows Edition of the game does do though, is give it a new style of freshness that almost feels as if you are playing a whole new game. Its overall aesthetic is very effective, making what was already a dark game, even darker. However,  if you’ve never played the game before and buy this new edition and don’t find the new style to your liking, you can interchange between the two at any time from the pause menu.

However, I can’t help but feel that this new edition of the game will only appeal to two types of audience; those who have never played the original and those who are really fanatical about the whole Batman universe. With no new content and just an aesthetical overhaul, I’m not sure there’s enough here to warrant the extra DLC or the complete package to the casual gamer. Saying that though, the overall graphical presentation of the game does appear to be sharper; especially within its noir setting. It’s other USP is the fact the as a separate piece of DLC, its pocket-money pricing isn’t that bad an investment.

Overall, The Telltale Batman Shadows Edition is a series of games that still stand strong today; especially if you’ve never played the series before. With both seasons included and the new shadows mode accentuating everything that made the series a success first-time around, there’s a lot to love with this bundle. Whether you dip into the DLC as a separate purchase is down to personal choice and in all honesty, the noir-style setting to its graphical presentation is nicely done and does give the illusion of a whole new game. The game as a whole, presents an interesting perspective on the whole Batman lore and with its new, darker presentation, the dark knight has never been so imposing as he is now.

The Telltale Batman Shadows Edition contains both the Batman seasons, as well as a noir-style setting to make the dark knight darker than he’s ever been before.