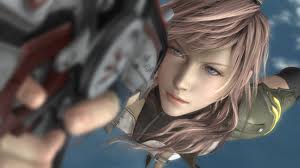 I know this will go down as something of a controversial choice given the games’ somewhat marmite nature but for those who submitted to Final Fantasy XIII’s slow burn gameplay and largely linear design, one of this generation’s finest JRPG awaited.

The first 10-15 hours were little more than a slightly interactive, if nonetheless, extremely attractive cutscene, but once the exemplary battle system opens up and the epic tale of Gran Pulse and Cocoon really starts to get going, Final Fantasy XIII proves itself a more than worthy instalment in Square Enix’s long running JRPG franchise.

Although the game lacks a memorable or even consistently threatening villain in mould of a Kefka or Sephiroth, in Lightning, Final Fantasy XIII is home to one of gaming’s finest heroines and the series most memorable protagonist since Cloud Strife back in Final Fantasy VII. Devoid of the clichéd design choices that mar the vast majority of female videogame characters, Lightning is a strong, beautiful and truly unforgettable lead that should be held in the same regard as The Last of Us’, Ellie and Bioshock Infinite’s, Elizabeth.

It may not be the best game in the series and it certainly won’t be for everyone but Final Fantasy XIII’s fantastic battle system, memrobale lead and simply incredible art design will stay with those that fall for its unique charms long after the credits roll. 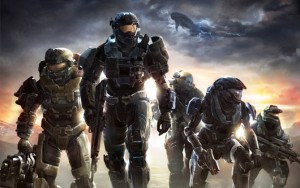 It may not have done anything particularly new but Halo: Reach still delivered a near faultless gaming experience that successfully represented the very best that the much loved Halo series has to offer. Haters will always have negative things to say about a game as popular as Halo but the fact is, as a single player FPS experience it’s just about in a league of its own. Why? Well, beyond the great art design, sky high production values and impeccable gameplay mechanics, it’s still the terrifying adept AI that manages to successfully set it apart from its peers – play Call of Duty after a spell with Reach (or any other Halo release for that matter) and believe me, the pop up bad guys and shooting range mentality just won’t cut it.

Other games, along with the aforementioned Call of Duty, may have caught up in the multiplayer stakes but as a complete package Halo is still the game to beat. Reach was never going to have the same kind of impact that Combat Evolved had or even Halo 3 for that matter, but as a culmination of nearly 10 years work on the series, and as a love letter to fans of the Halo universe, Reach succeeds on just about every level.

The story of Commander Shepard may vary depending on your choices but one thing that remains universal is the quality of the overriding experience. Mass Effect may have successfully laid the foundations but it was the games’ far superior sequel that truly brought BioWare’s unforgettable universe to life.

By ironing out the faults of the first game and building on it’s already rock solid foundations, Mass Effect 2 proved one of the generation’s most unforgettable gaming experiences. Mass Effect 2 delivered an extremely flexible combat system, a memorable cast of characters and arguably one of the finest videogame narratives of all time. Helped no end by BioWare’s game changing conversation wheel and movie standard voice work, Mass Effect 2 proved a gripping, hugely addictive experience whichever way you chose to play it.

Mass Effect 3 was no slouch either but with its need to wrap up the overarching story, not to mention the myriad of individual choices made up until that point, Mass Effect 3 never felt quite as polished or as natural in its progression and storytelling as its illustrious predecessor. Mass Effect 2 effectively stands as the finest part of what is arguably gaming’s finest ever trilogy. 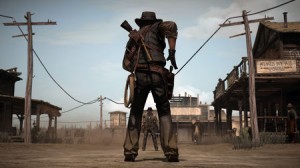 I’ve always appreciated the Grand Theft Auto series more than I’ve actually enjoyed it. Each game in the series has proved technically outstanding (GTA V in particular pushed the 360 and PS4 to their very limits); they all deliver huge amounts of content and are about as cinematic as gaming experiences get. The thing is, I’ve always found the realism of each games’ setting quite jarring against the flat out outrageous back drop of killing, maiming and generally blowing sh*t up. Sure the cops rock up if you really get out of hand, but get some decent distance between yourself and the chasing pack and all is forgotten……the Los Santos police department don’t hold a grudge it seems.

Thanks to the Wild West setting and the more devastating effect of basic weaponry, the story and subsequent actions of the player in Red Dead Redemption felt more natural and in sync than in any of the Grand Theft Auto games. Simply put, Rock Star had found the perfect setting for their exceptional brand of sandbox gaming and boy did they run with it.

Red Dead Redemption’s world, while inevitably a quieter place than the bustling modern day cities of Liberty City or Los Santos, is a work of true creative genius. Visually, it’s as stunning as anything you will have seen this gen, the story is compelling, its characters both memorable and unique…..and that ending, my God that ending. Considering how much time people often spend with a game, it’s amazing just how little effort goes into the finale of even some of the best games. Red Dead Redemption’s on the other hand is poignant, thought provoking and completely befitting of the experience that comes before it. Simply put, it’s a masterpiece. 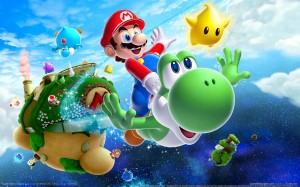 As good as the other games on this list are, and as great as many of this generation’s other releases have been, nothing comes close to the pure gaming joy of Nintendo’s implausibly good Super Mario Galaxy 2. I would honestly go as far to say that I could play this game forever. With all 240 stars in the bank, I can’t help but go back to this tour de force in videogame design time and time again.

Back when the original was released in 2007, I honestly thought Nintendo had painted themselves into a corner. I mean, how could they possibly top something quite so brilliant? The fact that they did so and just 3 years later is still something of a mystery to me. As great as the first game was, Mario Galaxy 2 trumps on just about every level – the level design in improved, the soundtrack even more magical and the visuals just that little more crisp and imaginative.

I often ask myself the same question now as I did back in 2007 – how are Nintendo going to top this? In fairness, they came close with the recently released and utterly fantastic, Mario 3D World for the Wii U, but even that, a game that will top many a critics list come the end of 2013 falls considerably short of the unbridled perfection of, Mario Galaxy 2.

Limbo (360) – Unique, disturbing, moving; Limbo are all of these and much more. Another stellar example of what can be achieved on XBLA.

StarCraft II: Wings of Liberty (PC) – The perfect mix of old and new.

Super Meat Boy (PC/360) – one of the hardest games of the generation, and in terms of ‘pure’ gameplay, certainly one of the best.