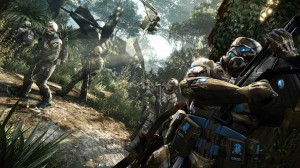 Before making the jump to the next-generation of console gaming (I’ve committed to leaving my Xbox One unopened until Christmas day), I am attempting to make my way through as much of my PS3/Wii/360 backlog as humanly possible. I’d love to say that my next and last-gen consoles could sit happily side by side, but history suggests that, short of the occasional last-gen exclusive, once the seal is broken and that Xbox One is opened, my 360 and its last-gen buddies will quickly begin to acquire a fine layer of dust – a sad but realistic truth.

Over the past month or so, I’ve made real progress, ploughing my way through such surprisingly enjoyable fare as Remember Me and Gears of War: Judgement. Sadly, after a decent enough start, I find myself somewhat stuck (read: hooked) on Crysis 3. Despite dispatching the technically brilliant but disappointingly soulless single player campaign with little fuss and, it has to be said, even less emotion, I was about to move on before a sudden urge to give the games’ multiplayer a quick go grabbed me…….that quick go started last week and shows no signs of stopping any time soon.

I recall Crysis 2’s multiplayer mode offering up a solid if ultimately brief distraction when I played it a few years ago, so honestly, I was expecting much the same for the latest iteration. I’d have a crack at each game type, have a bit of fun doing so, but as is so often the case, quickly move on to the next game. To be honest, I’m not a huge multiplayer gamer, and with so many of today’s games having decidedly ‘tacked’ on multiplayer modes, I rarely go beyond dipping a virtual toe in the vast online seas. Crysis 3 though? Well, by my standards, I’d go as far as to say that I’m hooked. 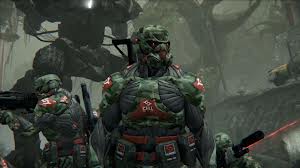 A decent community and very little in the way of sweary, racist, mother hating teens provided a solid start, but it’s Crysis 3’s unique gameplay mechanics and outstanding level design that has kept me coming back time and again. I was, for lack of a better term, shocked by how good the multiplayer of Crysis 3 is. Should I have been though? The games’ multiplayer offering was designed exclusively by Crytek UK, essentially Free Radical Design by another name, or perhaps more importantly, those guys that created the much loved TimeSplitter series.

The quality shines through. By talking the elements that make the single player campaign unique and building the multiplayer experience around them, Crytek UK have created a familiar but nonetheless fresh take of the deathmatch-centric online shooter. The fundamentals, despite the inclusion of alien weaponry, is very much in the Call of Duty class of online shooting with fast paced, reflex driven action and tight, well-crafted level design very much the order of the day. What gives the game it’s unique edge is the nanosuit capabilities and the truly brilliant tactical bow.

With the ability to skulk about levels in cloak mode with your silently deadly bow at the ready or charge in with armour at max and a heavy machine gun at your side, Crysis 3 offers both potentially unique approaches to battle and a sort of meta game between battles that has you conserving energy carefully and amending your tactics based around your surroundings, weaponry and competitors. Whether you are neck deep in action or quietly stalking an enemy, you are never anything less than completely engaged. 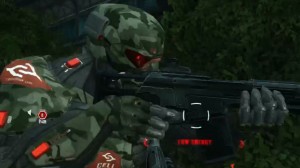 As you’d expect, it has all of the usual game modes, perks and customisable loadouts you would expect from a modern day online shooter, but the careful use of the series’ most unique trait has given the experience the edge over its most immediate competition. Hunter mode is a perfect example of this – by having two players as nanosuit equipped warriors and the rest as every day Cell operatives, you get a real feel for the difference that the nanosuit (and that totally awesome bow) really make. It’s the closest thing to a triple-A Predator game you are ever likely to play and a lesson on how to combine unique gameplay traits with core, fundamental shooting mechanics.

If you’ve had enough of the relatively stagnant world of Call of Duty in your patient wait for Titanfall, Crysis 3’s subtle tweaks to the formula might just be for you. The fundamentals are as solid as anything else on the market while its unique selling points have been implemented with the care and attention that they deserve. The single player campaign might be wholly forgettable, but Crysis 3’s surprisingly wonderful multiplayer makes it one of the last generation’s most enjoyable online shooters.