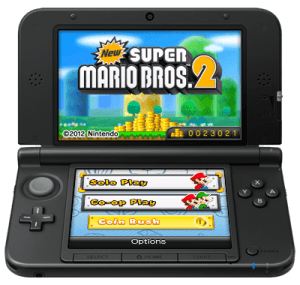 Last year, the Nintendo 3DS was the best-selling hardware in the US, Japan and the UK. As of December 31, 2013, Nintendo reported that 42.74 million units had been sold worldwide – not bad for a system that, just a few years ago appeared dead on arrival.

With impressive worldwide sales and one of the greatest catalogue of games to be found on any console, it’s easy to forget just how poorly the 3DS was initially received, both commercially and critically. With a decidedly so-so launch line-up and a relatively high price point, the 3DS hardly flew of the shelves, and with the technically superior PS Vita arriving soon after combined with the ever growing success of mobile gaming, there were more than a few calls for Nintendo to abandon the handheld gaming scene completely.

I know, madness, right. As with the Wii U’s current plight (admittedly in a worse state than the 3DS ever was), the internet, it seems is quick to call for blood and often a little slow to remember Nintendo’s recent successes. Why would Nintendo leave a market that they have so often dominated? Sure, they have had their ups and downs, but Nintendo is sitting on a mountain of money and, in the Wii and DS, are arguably coming off the greatest one, two punch in their history.

Still, while I am often left shocked by the internet’s (whoever that is) insistence on Nintendo running for the virtual hills at the first sign of trouble, I’m nonetheless amazed at the turnaround in fortunes for the 3DS. Whether the Wii U will ever see a similar upturn in fortunes remains to be seen, but the 3DS, regardless of what happens from this point on, has to go down as one of the greatest comeback stories of our time.

Back in 2011 and going into 2012, it was assumed that Apple had killed Nintendo and, that after years of handheld dominance, was to be slain in one fell swoop by the irresistible allure of the App Store. Turns out that, while the emergence of mobile gaming has invariably had some effect on the sales of handheld consoles, the pull of top quality titles matched to affordable and desirable hardware was to once again win the day.

Sure, the whole 3D thing never really took off (even if I think it’s great), but it turns out, the 3DS didn’t even need it, instead, a well-timed price cut combined with the near simultaneous  release of Mario 3D Land and Mario Kart 7 was more than enough to save the ailing console from its apparent death throes.

Since then, well, it has gone from strength to strength, culminating in 2013’s outrageously impressive collection of first and third party support. From Animal Crossing and Bravely Default to Pokemon, Luigi’s Mansion and Fire Emblem, in 2013, the 3DS delivered one of the finest exclusive line-ups in videogame history – a far cry from the weak launch line-up and lack of early support. That may sound like sensationalism on the surface, but honestly, go back, take a look – you’ll do well to find another year as good as the one the 3DS had in 2013.

While 2014 is unlikely to match 2013 in terms of quality, the 3DS has already delivered an amazing comeback, one somewhat lost amidst all the doom and gloom surrounding Nintendo thanks largely to the continued struggles of the Wii U. It may never, and probably will never match the record breaking success and mass appeal of the original DS, but even in a world of 69p video games and the ‘dreaded’ free-to-play model, Nintendo has once again proved that quality is still king.