Home
/
Blog
/
No Going Back to Call of Duty After Titanfall‏?
Share Review 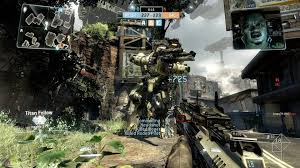 I’ve never been the biggest of online gamers, but each and every year, I manage to put a good few hours into the latest Call of Duty. This year was much the same. Despite some of the online vitriol (what’s new?), I actually rather enjoyed my time with Ghosts. It was nothing particularly revolutionary, but as always, the gunplay was slick and the level design tight and consistently smart. For the record, I also tried Battlefield 4, but as good as it was (when it was working), it proved far too big a time sink……..oh, and I was rubbish at it. That too.

Then came Titanfall. Never before have I been so utterly compelled to keep playing an online shooter. The speed, the movement, those Titans, and of course, that slick gunplay that so many have become accustomed to after hundreds of hours of Call of Duty. While I had no particular beef with Call of Duty, or any other of the big online shooters for that matter, Titanfall delivered a breath of fresh air and a totally new and exciting way to shoot my friends in the face. 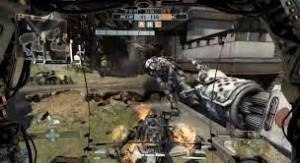 As much as I have enjoyed Titanfall though, little did I know that by playing it, I have, for myself at least, made Call of Duty (in its current format), completely obsolete. I only noticed when, last night, after a sneaky round of Titanfall, I decided to give Call of Duty: Ghosts a quick run out, and, well, it was a slog if I’m honest. Now, I never thought I’d describe a Call of Duty game as slow, but coming directly from a Titanfall campaign match, that’s exactly how it felt; slow, a bit cumbersome, and dare I say, just a little boring. I may not have been actively looking for an innovative online shooter, but now that it’s here, I honestly don’t think that I can go back to the old stalwarts of the genre.

Of course, not having played it for a while, getting my ass tanned didn’t help, but that only served to remind me of the fantastic balance that the inclusion of grunts has added to the Titanfall experience. While usually competent enough to hold my own on the majority of online shooters, unlike the true hardcore out there, I am not beyond taking an absolute pasting every so often – and you know what, it’s not fun. Not fun at all. Yeah, I’ve take a few hidings on Titanfall too, but with so much going on, I at least feel like I’m contributing something, even if, in the grand scheme of things, I’m still getting owned more often than not. 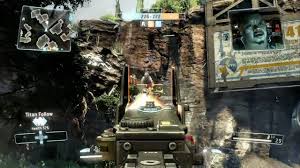 The big difference though, beyond the sci-fi setting allowing for a bit more visual variety, always goes back to the movement and the mechs. After hours of effortlessly jumping between buildings and scaling rooftops, having to suddenly use stairs and ladders felt like somebody had attached a giant virtual weight to my foot. Maybe it’s unfair to criticise a game when it is going for a modicum of realism (I guess it’s all relative), but nonetheless, the gameplay felt positively restrictive by comparison. It wasn’t just the movement either –  I kept waiting for something to happen too…..there were a few dogs, and a helicopter showed up and shot me a few times, but as expected, there were no giant robots to be found, and honestly, after Titanfall, an online shooter without them immediately feels like a lesser product for their absence. It’s not just the joy of being in a Titan or fighting againt one (whether on foot or in mech), it’s also the countdown, the constant reminder that your kills are somehow magically powering the tech team. It may not make sense, but as a reward for virtual murder, there is nothing that can match the sign of your  shiny new Titan breaking through the atmosphere.

Call of Duty is still a slick, well made online shooter, but Titanfall genuinely feels like a step-up by comparison. Of course, Activision are unlikely to take the success of Respawn’s exemplary shooter lightly and are sure to come back with a stronger, and hopefully more innovative Call of Duty later this year, but as it stands, as great as Call of Duty might be, there’s no doubting that Titanfall has taken its place as the current king of online shooters.