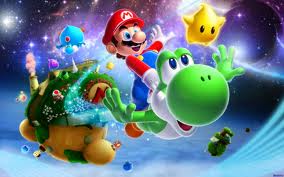 With the last generation finally starting to wind down, it feels like a reasonable time to reflect on what was arguably the greatest console generation of all time…..yeah, I said it!

Obviously, any such claim is little more than a matter of opinion, but the more I look at the facts, the more I’m convinced that gamers never had it better. The Mega Drive vs. Super Nintendo battle royale of the early 90’s was a fantastic time for gaming, one that still holds a special place in my heart, while the Dreamcast/PS2/Gamecube/Xbox era represented a period of great quality and massive growth for the industry (the Dreamcast still stands as my favourite console of all time), but in terms of sheer quality, choice and innovation, I honestly believe that the last eight years or so stand as a genuine golden age for this fledgling art form.

Gamers are a dismissive bunch though, a group for which rose tinted nostalgia often wins out against cold hard facts. The thing is though, in the case of the last generation of consoles, such obscuring nostalgia became all but irrelevant thanks to the fact that most of the games you remember so well (or think that you do), became available on at least one of the three major platforms thanks to the wonder that is downloadable gaming services.

I’ll fly the flag for physical media until the cows come home (I simply prefer the ownership), but for classic gaming kicks and clever twists on archetypal gaming concepts, XBLA, PSN and Nintendo’s Virtual Console stand as genuinely indispensable pillars of modern day gaming commerce. Triple-A, retail releases ruled the roost (as they continue to), but in a time in which major releases played it safer and safer in light of ever rising development costs, these platforms continued to deliver the kind of imagination and variety that simply could not be afforded in a time of retail only releases. 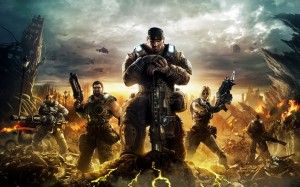 Beyond the simple fact that these platforms allowed for a truly unprecedented level of choice, they also offered a chance for players to pick up some genuine gaming bargains while allowing them to experience yesteryears classics without the need for older consoles or expensive imports. Remember when Radiant Silvergun would have set you back in advance of £100 (if you were already lucky enough to own a Japanese Sega Saturn)? Well, all of a sudden, you can pick it up for under £8…..and in HD to boot. Classic arcade games, Nintendo’s wondrous back catalogue and an array of fantastic new releases were all available at the click of a button. In such a fast moving industry, it’s sometimes easy to take these platforms for granted, but take a moment to think about what was made available for the first time last gen – if you had told me that I would be able to download games comparable to full retail releases for under £10 ten years ago, I think my head would have exploded.

Before I get carried away with the joys of these truly exceptional download distribution services though, let’s not forget the almost incomparable quality of last generations’ exceptionally long list of truly triple-A titles. From Gears of War to Red Dead Redemption, Super Mario Galaxy 2 to BioShock and Mass Effect to The Last of Us, one could argue a case for the last gen being the greatest of all time based on its boxed products alone. Yes, certain genres were not as well represented as they have been in the past, what with JRPGs in particular taking a bit of a nosedive in quality, but even here, Xenoblade Chronicles, Lost Odyssey, Ni No Kuni and Final Fantasy XIII still represented extremely enjoyable, technically outstanding examples of the genre (I don’t care what you think, Final Fantasy XIII was great).

Yes, it was a generation defined by shooters (one that will invariably continue to be so), but when they were as good as the top-tier examples that dominated the charts for the entirety of the generation, I find it incredibly hard to get all that upset about it. Call of Duty might split opinion on online message boards, but there is a reason that half the people on the planet are playing it. Halo went from strength to strength and Battlefield and Killzone delivered their own unique, but no less outstanding takes on online warfare. Of course, that’s not to say that other genres were ignored – far from it; racers, action adventure, western RPGs, strategy games, they were all very well represented last generation. 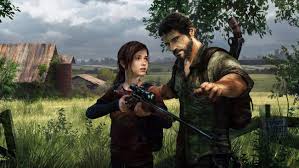 You could argue that the advent of motion control gaming was more of a curse than a blessing, but let’s not forget those initially astonishing days of Wii Sports. Ok, so, things haven’t exactly panned out since then, but it certainly represented more choice and just another way that the industry integrated itself into everyday culture in a way that would have been all but unthinkable just a few years earlier. Mothers buying Balance Boards might not mean much to you, but it certainly meant more money and recognition for the industry, and in that respect, its existence can only be considered a positive thing……even if a lot of the games were utter mince.

I have no doubt that equally strong arguments could be made for a number of other console generations, but as far as I’m concerned; the last stands as the finest to date. But enough of me – what do you think? Does the last generation rule the roost or was it the 16 bit era that really floated your virtual boat? How about the seemingly never ending 8 bit era? Does its lasting impression on modern game design prove its quality or are the NES, C64 and Master System et al better left in the past? Let us know your thoughts.