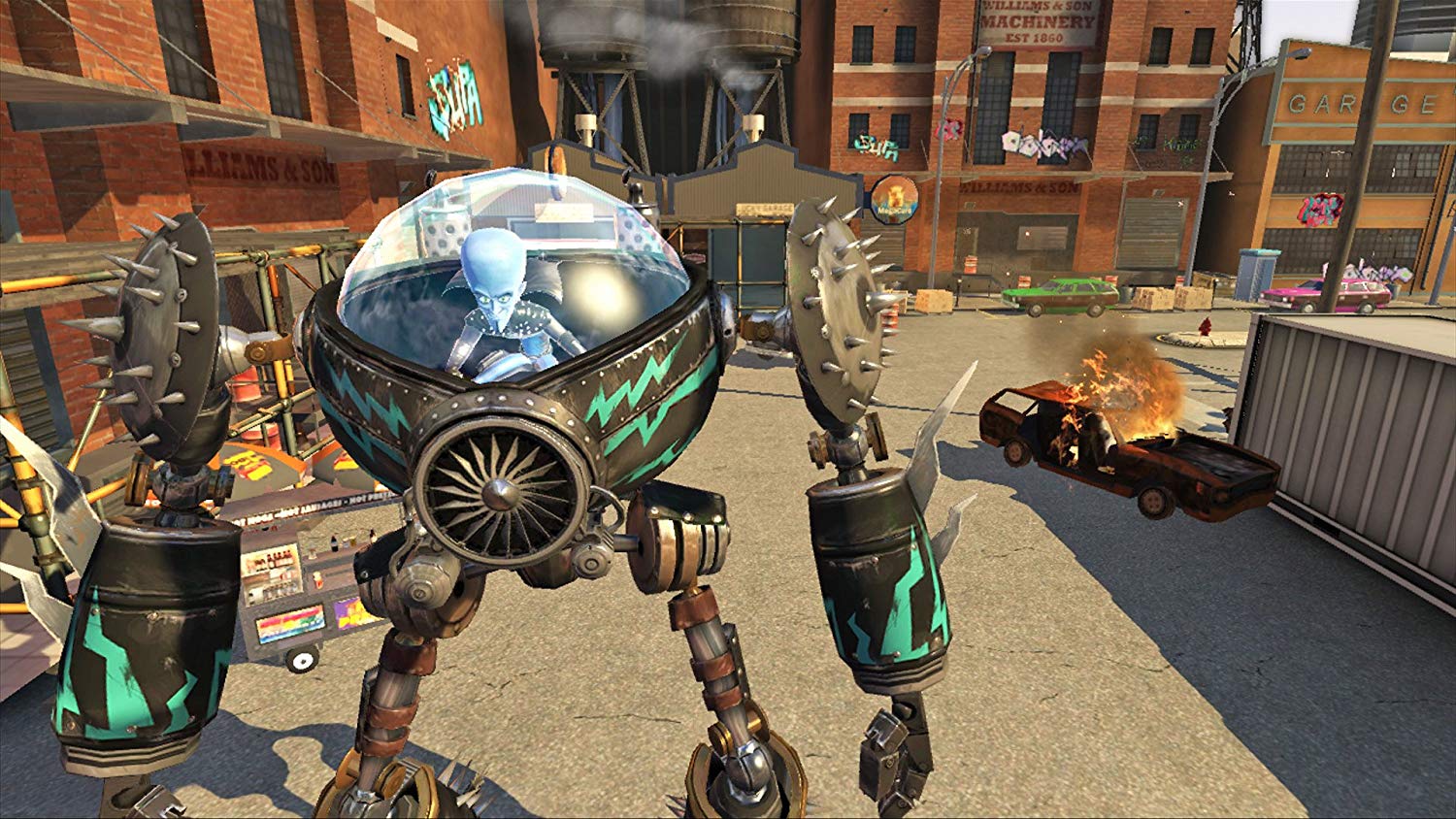 After several years of poor movie related releases, you’d have thought developers would have finally reached some kind of agreement to release games that satisfy a certain level of quality. Too often games aimed at kids who have gone to the cinema to see the move fail miserably almost souring the movie experience. For every Bladerunner and Batman: Arkham Asylum there are literally dozens of dross titles that litter shelves and bargain bins alike. The better movie tie-ins tend to be the ones that use the film as a backdrop instead of trying to replicate what the story was on the big screen. So you may be pleased to know that Megamind: Ultimate Showdown concerns itself with starting off where the Megamind movie finished!

So the story goes like this: Megamind (who is a baddie in the film by the way) becomes the new Mega Hero, unfortunately for all concerned a sudden crime wave hits the city requiring Megamind to step up to the plate. The Doom Syndicate and their Doom Goons have made themselves known and want to take over the city! Only Megamind is equipped with a big enough arsenal to stop them and thus begins Megamind: Ultimate Showdown. 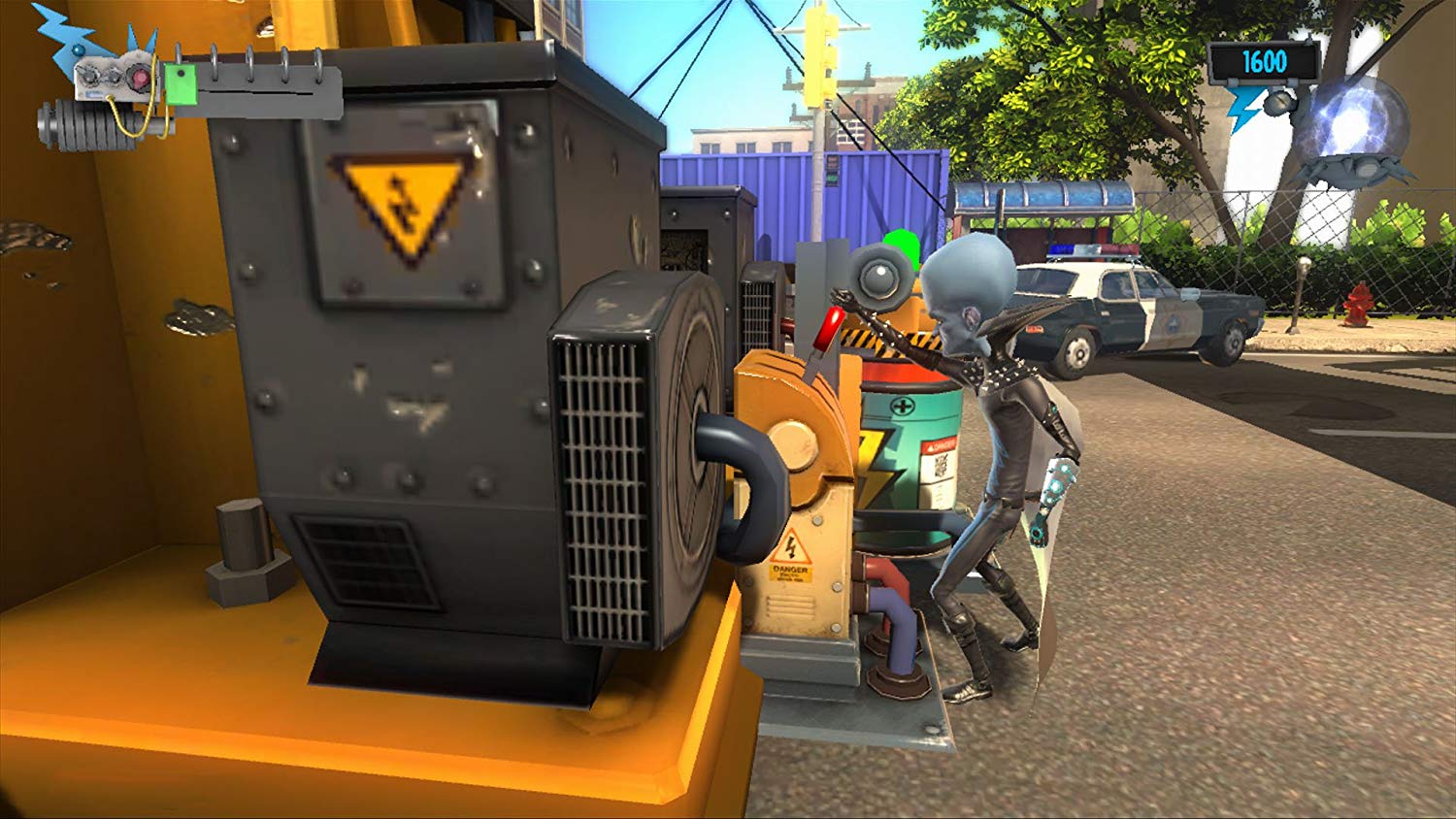 It’s essentially your standard 3D platformer, where you are kept within the confines of whichever level set-up you’re playing. As it’s a DreamWorks title, Megamind: Ultimate Showdown does look the part to some extent with explosive effects appearing on a reasonably varied background. The characters themselves reflect their movie counterparts, although unfortunately that’s where the comparison ends. Different actors are voicing the characters which can be a little confusing if you’ve seen the film, especially as Megamind: Ultimate Showdown’s voice actors are simply just not as good at delivering the dialogue.

Megamind: Ultimate Showdown does contain quite a lot of destructible content, ranging from wooden boxes to randomly parked taxis. The super villains themselves offer some variety to the proceedings that make up for the simple looking and non-challenging construction worker baddies. There may be a lot of destructible content on offer but it becomes mundanely repetitive very quickly as there is no challenge to speak of. It’s a very easy game that requires no thought and you’ll soon wish that Megamind might be given an indefinite holiday at some point, but it never comes so you have to continue to the end. One of the important things a platformer must do well is replicate a sense of depth on screen that can easily be seen, unfortunately Megamind: Ultimate Showdown’s camera angles offer little help when trying to jump across buildings and gaps. With so much destructible carnage you would think that you have a multitude of weapons to play through, that’s not the case. You have a series of simple weapons that can only be used at certain times, whilst the power-up blue orbs you can collect add little to the experience whether you’re using the dehydration gun or your basic blaster gun. 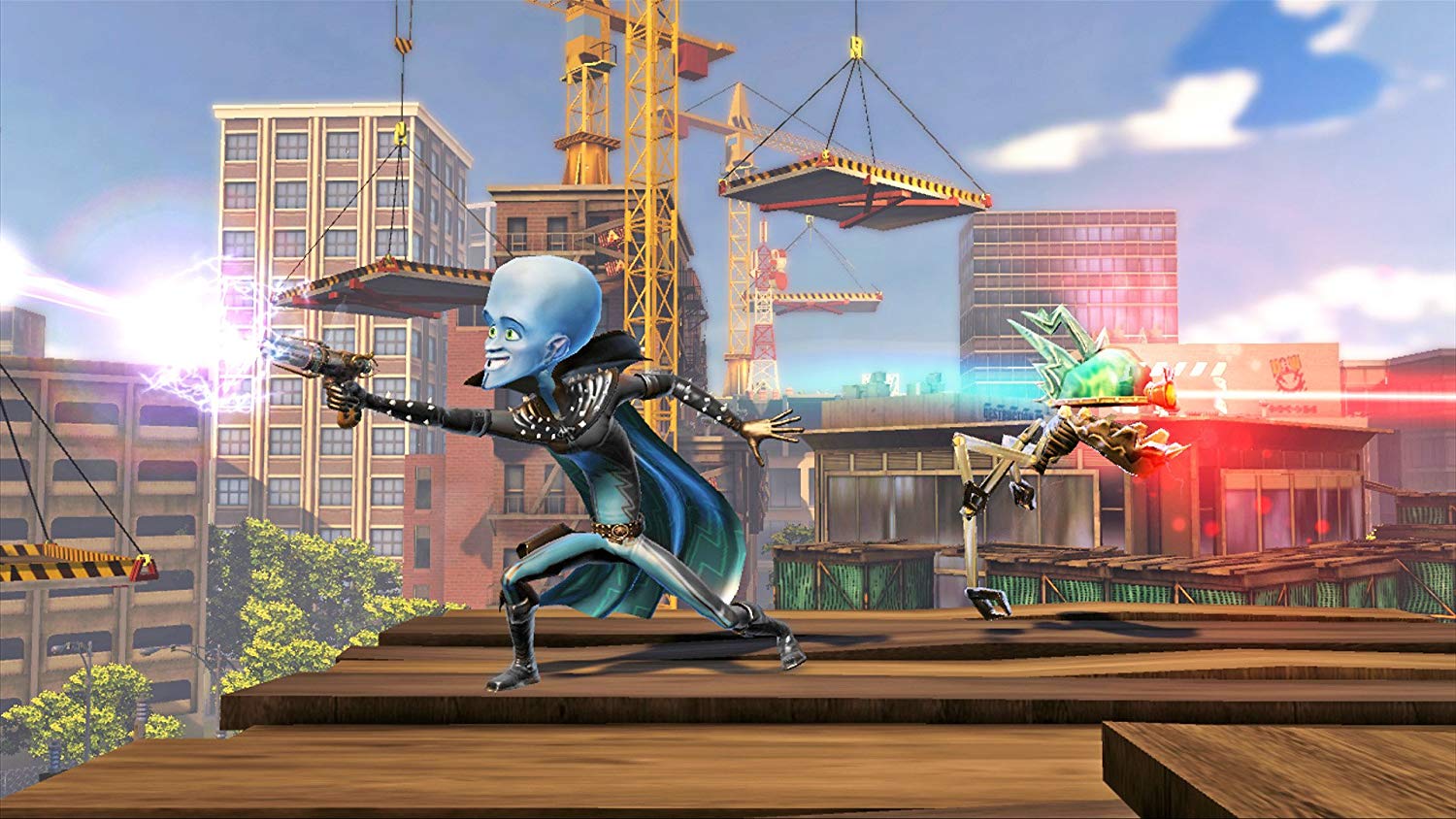 A quick overview of Megamind: Ultimate Showdown, which is representative of the game as a whole, is basically that you run around for a bit shooting/destroying the bad guys as you collect blue orbs that add little to your armoury until you have to complete a puzzle which is no more complicated that pushing a block to a designated space. There is a 2 player co-op but that is even less entertaining than the single player campaign. The problem with Megamind: Ultimate Showdown is it just isn’t involving enough for you to care what happens as you trawl through another level of frustrating repetitiveness until you reach the end. As you progress through Megamind: Ultimate Showdown you’ll unlock mini-games such as the ‘pod races’, they are more enjoyable than the main game but they are simple mini-games that only add an extra half an hour or so to the longevity.