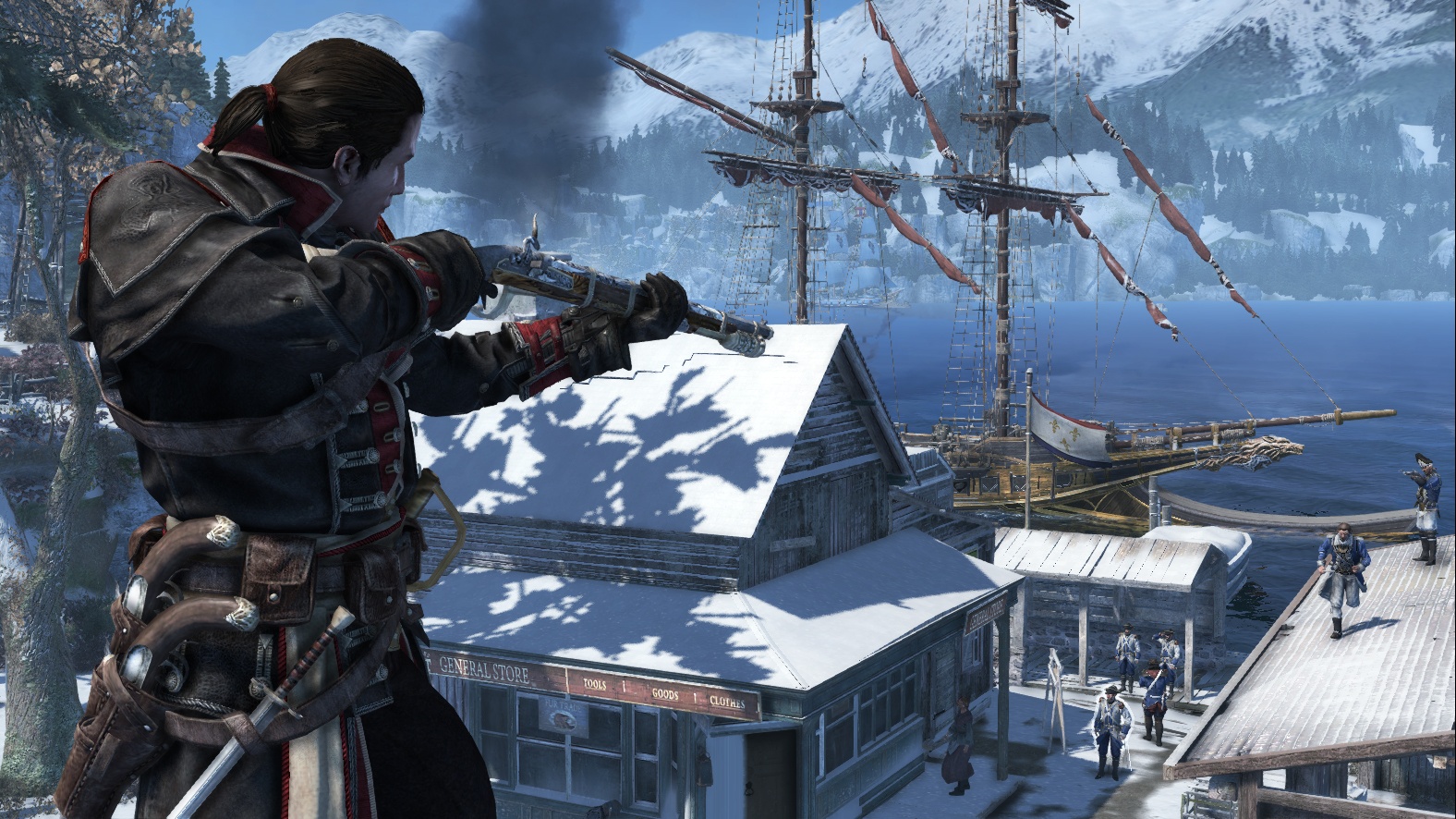 I loved the first few Assassin’s Creed Games, but honestly, after the disappointment of Assassin’s Creed 3, I thought I was done with the series. I was looking forward to AC3 so much, and when it turned out to be a bit of a dud, I made the active decision to move on to pastures new……yeah, that didn’t last. I tried to ignore ACIV, and in fairness, I was successful for a while, but come on, a guy can only ignore so many great reviews. The setting, the naval battles – I was back in the game after, well, no time at all it would seem.

The question now was whether I could go back to an Assassin’s game without the pirates or naval battles? The answer it appears is……no, not really. Despite the graphical leap and the potentially fascinating setting, I can’t help but not care about AC Unity. I’m sure it’s a great game (despite the bugs), but by removing the freedom that comes with naval warfare and exploration, it simply feels like a technical step forward but a conceptual step back.

Luckily, for those (like myself) looking for Assassin’s Creed IV 2, there is Assassin’s Creed Rogue. Sadly, while it does continue the fine tradition of naval battles, AC Rogue offers absolutely nothing new to the series while arguably delivering a decidedly less appealing setting and an infinitely more forgettable protagonist. Saying that, while it undoubtedly has its issues, it should be noted that I had a lot of fun with AC Rogue. It certainly doesn’t match the highs of the brilliant Assassin’s Creed IV, but it has an interesting story, a decent setting and is certainly an enjoyable enough experience in its own right. Let’s make one thing abundantly clear though –  this really is ACIV re-skinned. There are no new features of note, with the most obvious difference between this and its immediate predecessor coming in the form of Rogue’s major omissions. While still rich in things to do (there is an abundance of content for those looking to see and do everything in the game), multiplayer has been cut in its entirety while the single player features have all been seen in previous releases. Not only that, but Rogue manages (somehow) to put an ever greater emphasis on collecting trinkets than the already absurd ACIV. I suppose that’s great if you like that sort of thing, but Ubisoft games tend to take collection a step to far, and once again, the sheer overwhelming amount of collectibles put me of the idea before I even started. The return of building renovation is a welcome enough (re)addition and clearing out gangs is always fun, but outside of the story, which certainly has its high points, there really is nothing to see here that you haven’t already seen before.

That all may sound rather negative, but again, I loved ACIV, and more of the same is no bad thing. The move to a more northerly setting and tiptoe into the Artic does not allow for the cool underwater sections afforded to the warmer Caribbean seas, and yes, the North East of America and Canadian coast are no match for the Caribbean and its hordes of pirates, but with this game stretching from New York (the only major city) through to the icy wastelands and iceberg strewn seas of the Artic, Rogue is certainly not without its moments of beauty or intrigue. It might be a last-gen only game, but the solid underlying structure and mostly impressive art design ensure that Rogue is still and pleasingly handsome video game (expect a 1080p version to make its way to Xbox One and PS4 in 6 to 8 months). Of course it can’t match Unity for spectacle or technical wizadry, but as you ease your ship between icebergs under the Northern Lights, it becomes increasingly easy to forget all about resolution and frames.

And that brings me back to the games’ biggest draw – the naval battles. They might not be particularly realistic (where is the fun in realism?), but they are arguably better here than they have ever been before. The underlying mechanics remain unchanged, but the addition of oil slicks and new cannons ensure that your options are now more varied than ever and the subsequent battles more enjoyable. The core assassin-style gameplay is still solid (if inevitably home to the same old technical issues), but building up your ship and crew really does stand out as Rogue’s major selling point and the primary reason to choose it above the, technically superior but decidedly shipless Unity.

While the main character (the awkwardly Irish sounding Shay Patrick Cormac) isn’t one of the better Assassin’s Creed protagonists, the story surrounding him does at least deliver a combination of intrigue and pleasant familiarity that did just enough to drag me through some of the more questionable sections of dialogue. Set a few years after Black Flag, Rogue delivers its fair share of returning characters and a kind of ‘best-of’ approach to both gameplay and storytelling. The most interesting aspect however comes in Shay’s first quarter turn from Assassin to Templar after one of the series’ most spectacular (and absurd moments) that sees you escaping the Lisbon earthquake of 1755. While the change of team does miss the opportunity to delve into the underlying concepts of perceived good and bad (it appears that the good guys are the team that you are playing for), it does at least allow you to experience this universe from the other side of the fence.

Again, it’s a shame that the other side of the fence is quite so similar, what with hoody-wearing, parkour-based assassinations seemingly the main order of business for both the Assassin’s and the Templars, but at least you get a few new gadgets on team Templar and the opportunity to play as a character that doesn’t blindly follow the somewhat questionable creed of Assassins.

It might well be little more than a slimmed down and decidedly chillier re-skin of Assassin’s Creed IV, but Rogue, thanks largely to its interesting story and fantastic naval battles, just about make it 2014’s best Assassin’s Creed game. Yes, it’s on ageing hardware, and yes, multiplayer has been completely abandoned, but the underlying mechanics and systems that it so liberally nabs from its immediate (and really rather fantastic) predecessor, make this a solid and largely enjoyable experience. All the old faults associated with the series are present and accounted for here, but despite its issues, I couldn’t help but enjoy this pseudo sequel to what is arguably the best game in the series to date.