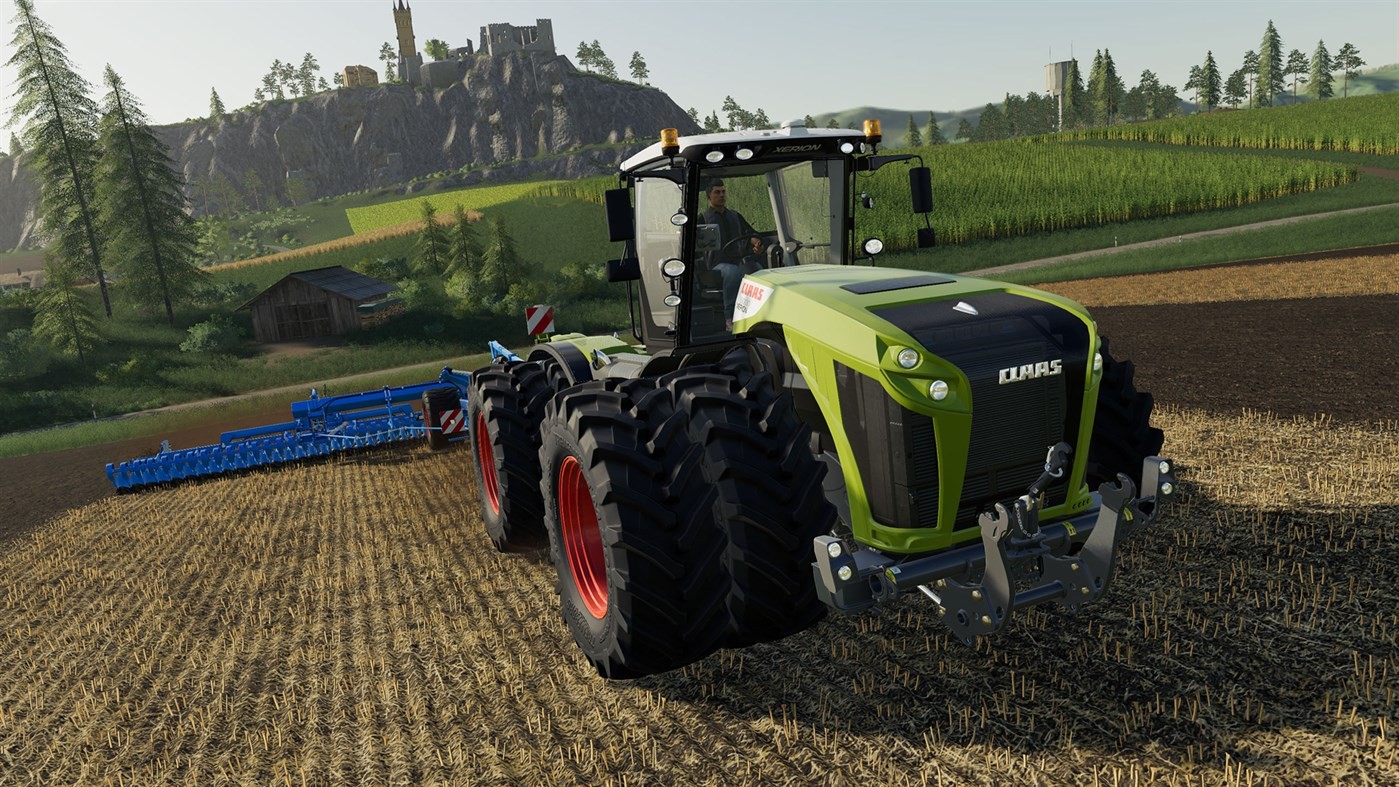 Have you played Farming Simulator 19? Well, this is more of the same….no, actually, it’s exactly the same. It might have the ‘Platinum Edition’ tag, but unlike its predecessor (Farming Simulator 17 Platinum Edition – yeah, the release schedule on this series is all over the shop), the latest upgraded version of GIANTS Software’s hugely popular farming sim includes no new content. Sure, there are new vehicles and upgrades, but by comparison, the 2017 vintage included an entirely new map, loads of new vehicles and a new crop type – there is none of that here. What you get is a new way to experience the exact same game. In fairness, the Platinum update does provide loads of new ways to experience the same content, but at its heart, this really is more of the same.

That won’t be a problem for newcomers who will simply be getting an upgraded version of the original vanilla release, but for those already familiar with the core game, this Platinum Edition upgrade is likely to be a much tougher sell.

In its defence, the asking price for the upgrade is far from extortionate, and as long as you can get over the lack of new game modes and maps, there is actually plenty of additional vehicles and machinery available in the Platinum Edition upgrade. The thing is, it’s all CLAAS stuff which, well, depending on whether that means anything to you, will go a long way towards dictating just how essential this upgrade really is. For the more casual player, it probably means very little, but if you’re a hardcore fan, the inclusion of German manufacturer CLAAS and the addition of multiple shiny new CLAAS branded vehicles and tools is probably enough to pique your interest. 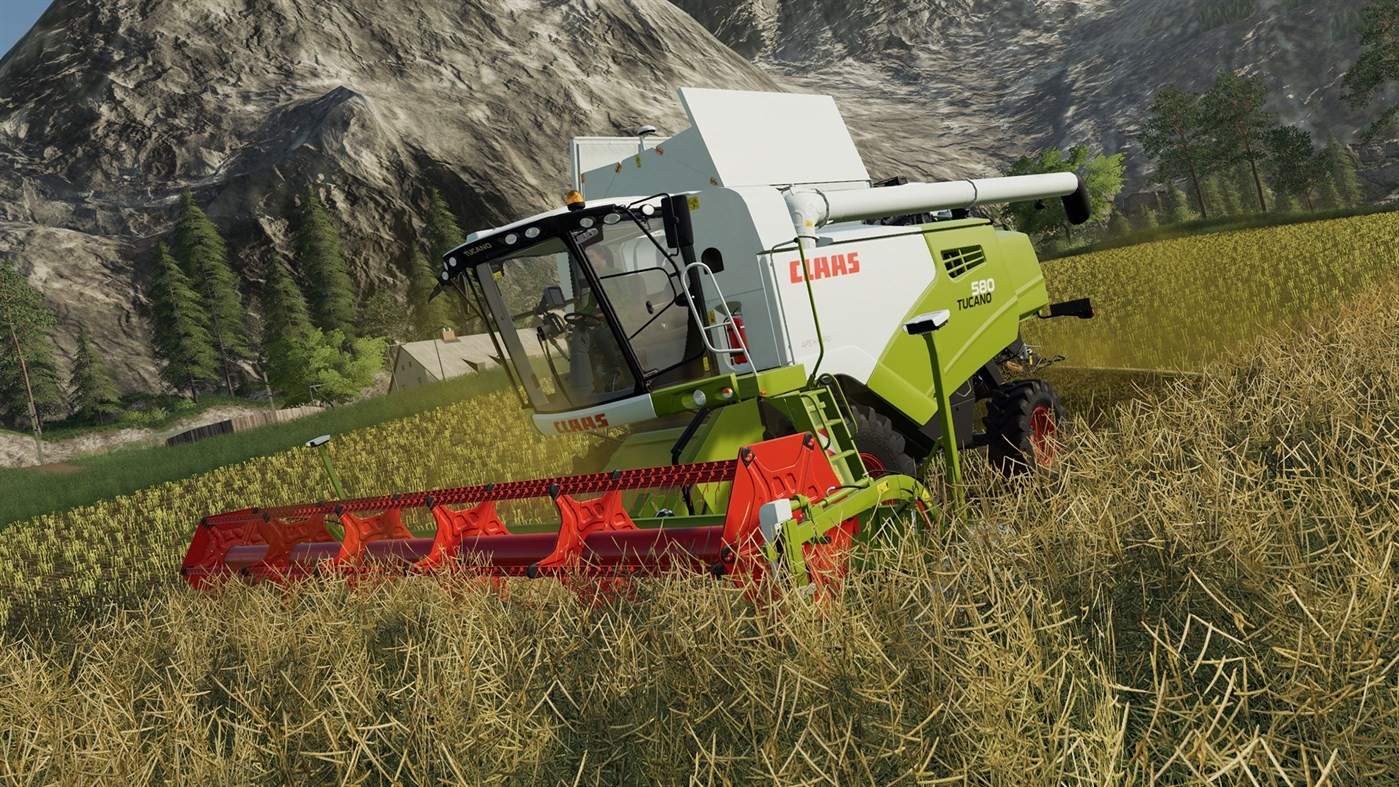 As mentioned above, these additions make no notable change to the core gameplay experience, but these new toys sure are shiny, and even if you’re not a CLAAS aficionado, provide a host of detailed, great looking, and often very enjoyable vehicles with which to expand, refine and improve your ever growing farm – well, they are if you can afford them that is.

Whether it be tractors, front loaders, bailers, combines or mowers, all of the core vehicle types are covered handsomely by the new CLAAS collection, but like the games’ other finest example of farm-based machinery, they are going to cost you a pretty virtual penny. You might have paid for the Platinum Edition content, but if you want any of CLAAS’ cutting edge equipment on your farm, you’re going to have to save up to buy them. If you have already purchased the standard edition and have built up a solid farming empire, you should be fine, but if you’re coming to this fresh, you’ll need to choose your CLAAS-based equipment carefully as you certainly won’t be able to afford it all…well, not for a while anyway.

Once you do make your choices though, it quickly becomes clear that GIANTS Software have put plenty of effort in to ensuring that CLAAS is accurately, impressively and often enjoyably represented in game. Yes, this is still an invariably slow-paced farming simulator, but once the game gets its hooks in, whether you’re a hardcore fan of the series or not (or a fan of farming in general for that matter), buying a new trailer or combine for your increasingly expansive and imposingly robust farm becomes something genuinely exciting. Those with a vested interest in the industry will inevitably get the most from the impressive levels of accuracy and detail, but if you’ve come this far, the introduction of CLAAS’ shiny new equipment will likely prove exciting regardless. 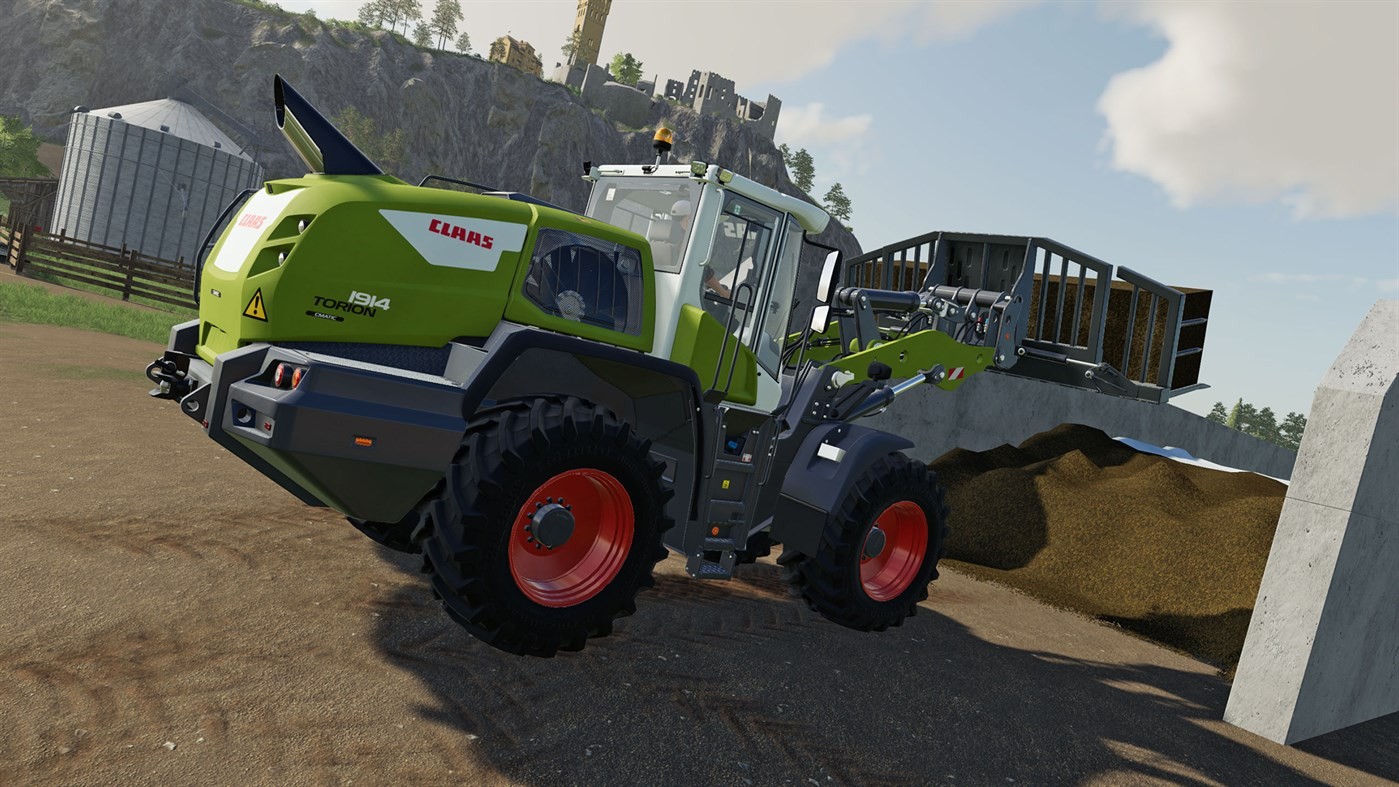 Part of that comes from just how great they both look and sound. This is all super modern equipment and, thanks to the inherent detail of each design, come equipped with an array of surprisingly futuristic looking aesthetic touches. The interiors are just for show really, but they all look fantastic. Luckily, they handle brilliantly too and provide players with a genuinely unique way to approach their farming duties while offering all of the customization options that fans of the series will have come to expect.

The CLAAS-based content added for the Platinum Edition of Farming Simulator 19 is all good – all of the vehicles and machinery look great, they handle brilliantly, and they add a genuinely new way to experience the core content. Sadly, none of it adds anything in the way of actual new content. Sure, there are plenty of new toys, but with no new maps and no new crops, CLAAS or not, you’re still fundamentally playing the same game. Again, how much of an issue that is will depend largely on whether you are applying the Ultimate Edition content via DLC or buying the game outright for the first time as, while there are certainly issues to be had with GIANTS Software’s approach to the new Platinum Edition, the core game itself remains as compelling, addictive and oddly beautiful as ever. Compared to the content of the Ultimate Edition for Farming Simulator 17, this latest effort is undoubtedly a disappointment, but judged on its own merits, this is still an enjoyable upgrade to an already solid farming sim, one with plenty of new machinery to play with – I just wish there was something genuinely new to do with it all.

Compared to the content of the Ultimate Edition for Farming Simulator 17, this latest effort is undoubtedly a disappointment, but judged on its own merits, this is still an enjoyable upgrade.