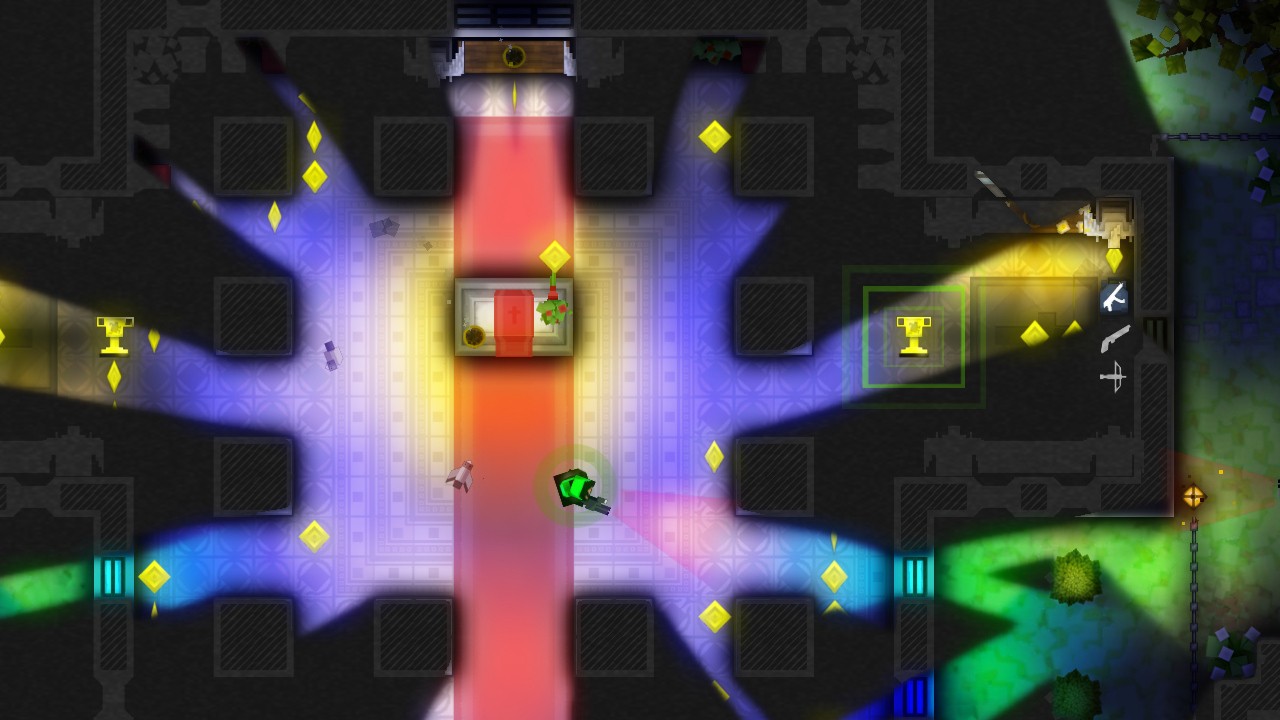 It didn’t take much for humanity to realize that they secretly root for the bad guy. Not the objectively terrible and horrifying bad guys: anyone who idolizes an Axis power should probably be on a watch list. No, I mean the dashing, gentleman thief; the rugged, sexy train robber; the confidence speaker who bilks the rich of their ill-gotten riches; and the heist crew, a motley assortment of characters who work together in a cohesive, chaotic, unsavory but satisfying way. All the way back to the days of Prohibition and through the Rat Pack, all the way up to George Clooney’s gang and, later, Julia Robert’s group, we love to see the strangely talented, questionably motivated criminals working together for a grand steal. It’s partially the banter, partially the elaborate execution, and partially the mental compartmentalization in which we are actively cheering for people to steal things. Heist games have become a big thing as well, though one could argue that the release of Payday 2 and the subsequent nickel-and-diming of the game left a sour taste in many players mouths. Perhaps, then, it’s fitting that Pocketwatch Games decided to dust off a classic, infuse it with some new content and bring one of the better experiences to new users on the Nintendo Switch. We return to the stage of Monaco, in the new Monaco: Complete Edition.

Monaco was previously titled Monaco: What’s Yours Is Mine, and is a fantastic story about a heist crew and their adventures of forming, plotting, and executing multiple steals, jailbreaks and even some more insidious crimes. There is a storyline, but it comes to us in chunks and pieces, broken up in a The Usual Suspects model, where different members of the crew are being interviewed at different times. Over the course of several missions and moments, the player learns about how a four person crew swelled to eight, attempted a massive heist, and how there may be less honor among thieves than you would expect. If you played the game when it was released several years ago (I know my first time was through Humble Bundle), consider revisiting this Switch edition, which boasts two things that we’ll get into greater detail about later: the Zombie mode (because why the hell not), and the additional, more challenging campaign missions, which gives a better conclusion to the overall storyline. 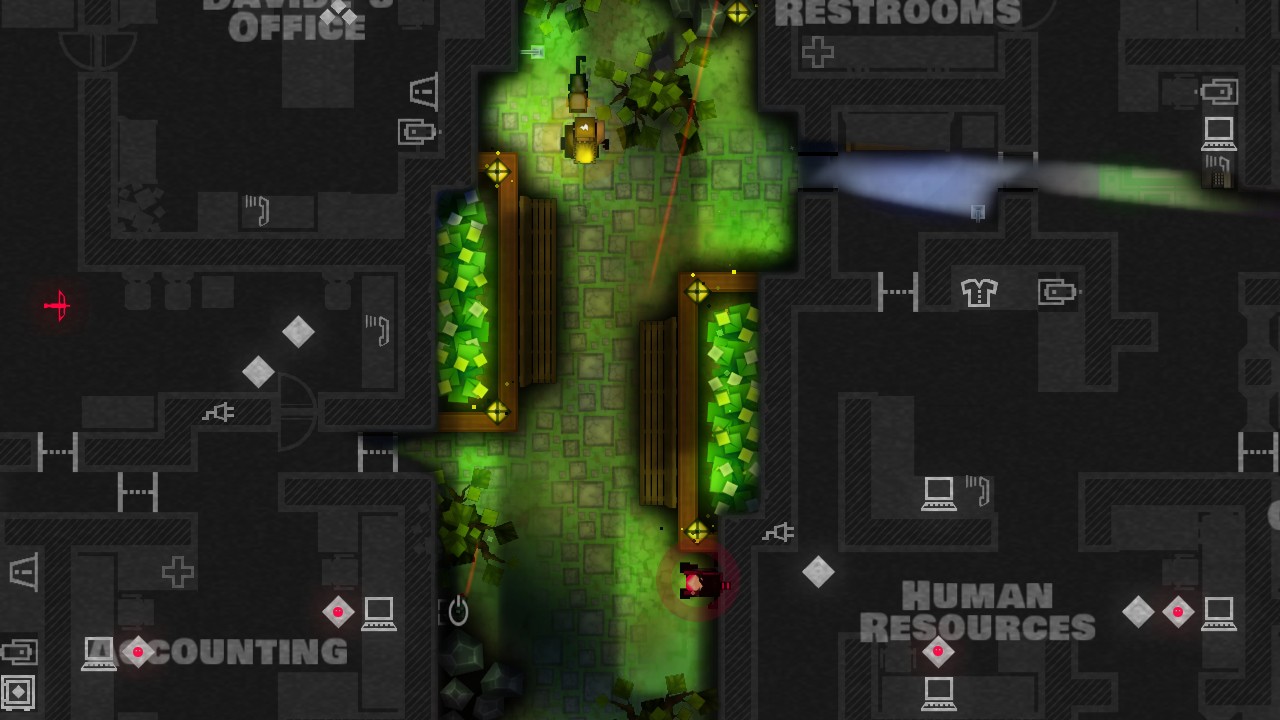 The way Monaco works is as such: at the core, Monaco can be played as a top down, stealth/action game with clear objectives, pickups and goals. Usually, the different levels can be completed by any single one of the criminals, though there are a few select that require you to take on the persona of a specific individual. This is because each of the crooks has their own “talent” that can prove useful in the heist. The Locksmith can open doors incredibly fast, the Cleaner can knock out guards without leaving a trace, the Pickpocket…has a pet monkey (which collects coins for you), and so on and so forth. Now, it should be noted that most of the abilities can be done by ANYONE. For example, if a computer needs hacking in order to disable the security system, the Hacker is the natural choice because of how quickly they’ll perform. However, if you came into the game as the Redhead because you enjoy seducing men, she’ll still know her way around a *nix shell, it’ll just take a few extra moments. Each stage has an objective, to either steal something, free someone or destroy somewhere, and you’ll be able to do it amidst a bevy or labyrinthian corridors, hostile guards, high tech security and several traps laid out. All in all, a normal day’s work.

Monaco is, without a doubt, crazy fun in multiple formats. As a single player, the game takes on a lengthy appearance, as you gotta work out all the kinks of the heist by yourself. Sure, you don’t have to rely on anyone else to get the job done, but that can still leave you with a lot of luggage to pickup and actions to perform without someone else to help. The result is stages stretching in length and sometimes getting pretty arduous. On the other hand, the co-op, up to four players, lets you live out your Danny Ocean dreams in ways you never thought possible. Have The Mole infiltrate directly through a wall, let the Hacker shut down the system, and then have The Gentleman pick up the priceless jewel and quickly change appearances to throw off anyone who might think he could be a culprit. It has all the hallmarks of what makes heist ideology great: when it works, it’s magnificent, and when it fails, it’s utter chaos. If your team lets you down too many times, be sure to invite them into the multiplayer-only world of Massacre Mode, where only one crook gets out alive with all the loot, and take your revenge. Hey, no one, and I mean no one, said that crime doesn’t pay.

The blocky graphics feel a bit odd at times, but the design and intent of Monaco is undeniable, and the surprising part is how well it works. The layout of the different stages, locales and buildings that are being infiltrated feel surprisingly detailed and flushed out. Even though it’s simply a top down perspective, there’s something about the flooring, the walls, the air ducts that really brings the game to life in terms of environment. By comparison, the way our thieves are portrayed between levels – almost nondescript, single color stacks of pixels – gives this sort of amorphous identity to them that makes the shaping of their personalities more interesting. The idea works: we can easily and quickly distinguish who is the Mole and who is the Cleaner, and their parts in the main storyline help to further separate them beyond who is purple and who is pink. Naturally, once we get into the actual stages, the way the sprites meld together so that the players all sort of look the same help to create that uniform ideal that makes a heist work. It also allows the player to focus more on the storyline, which definitely leans more in a Verbal Kint direction than Danny Ocean. 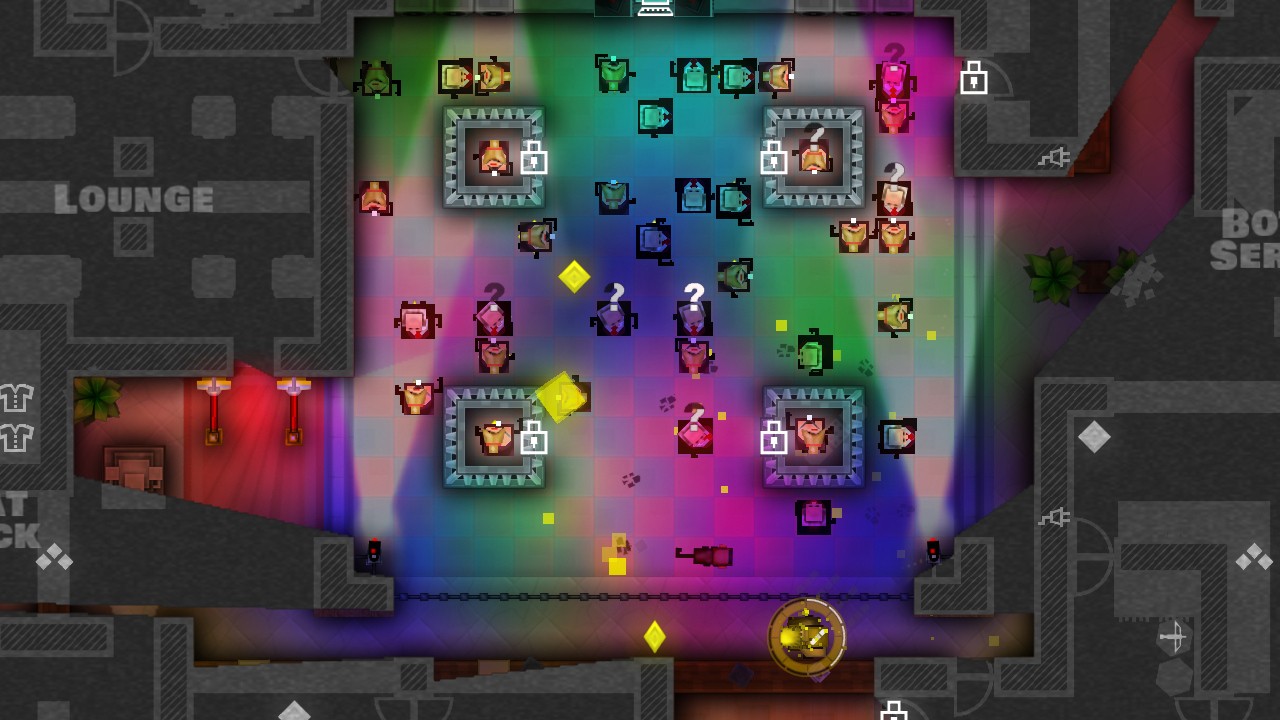 For players who’ve visited the world of Monaco before, the Complete Edition does hold a bit of enticement, but it comes more as a backhanded approach than deliberate. The Zombie mode, for example, is interesting but not particularly exciting compared to the main game. By replacing everyone with zombies, you surgically remove all the clever dialogue and exposition between the stages, effectively axing out the best part of the game for some quick jokes about communicating with grunts and moans. Additionally, making the guards and different NPCs more zombie-oriented shifts the tone of gameplay into a direction that isn’t as enjoyable as Monaco’s traditional approach. Now there’s more caution to the stealth, because the zombies are more tenacious and angry, and we stop being “puzzle stealth action” and become “stealth survival puzzle.” Personally, it’s fun in very, very small snapshots (just doing one or two stages as zombies) but not the whole game. On the other hand, the extra campaign missions and the extension of the story is worth the price of admission, and the additional stages meld so well with the originals that it’s wholly organic to continue the storyline. Also, coming back into Monaco means getting to revisit a world and a gameplay that I haven’t touched in several years (the closest in recent memory is Never Stop Sneaking), and I found that this is something that’s worth coming back and seeing.

Monaco has enough storyline to keep players intrigued by the premise on a roll, enough gameplay to make reflex gamers dive in head first, enough collection-based extras to appease completionists, and enough additional content to make double dipping a feasible idea. Monaco: Complete Edition scratches the itch for everyone on multiple levels, and, as such, is well worth the price of admission even if you’ve already punched this ticket before. Additionally, the portable factor on the Switch really helps along my continued interest (always on the go), so it’s a bright move on Pocketwatch Games in general. Well worth your time, solo or with friends (definitely better with friends), how about putting your heads together and doing one last job, just for old time’s sake?

Monaco: Complete Edition scratches the itch for everyone on multiple levels, and, as such, is well worth the price of admission even if you’ve already punched this ticket before.