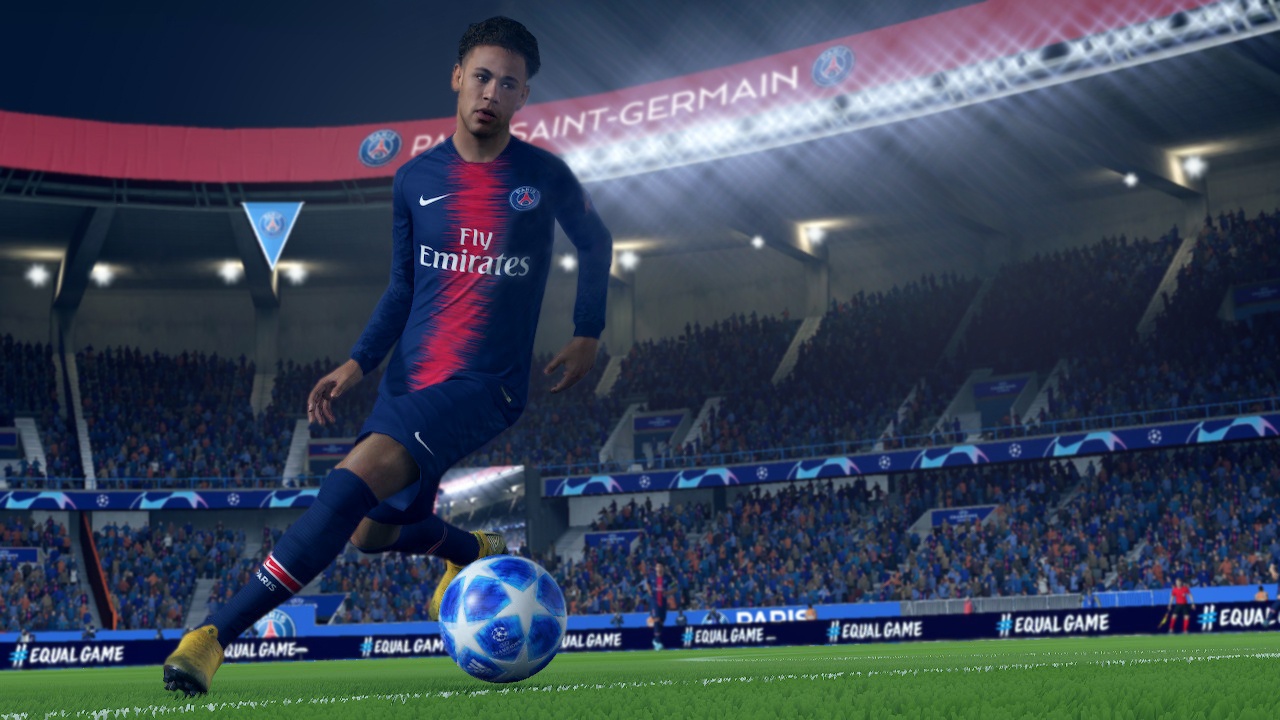 Not so long ago, I had a chance to play 2K’s NBA 2K19. And while the title in question had its issues – which were mainly related to micro-transactions – then even with those taken into consideration, I have to say that it was above and beyond any sports game which has been released to date, due to all of its user oriented features, and superb level of customization. But no matter how taken by I was with NBA 2K19, I could not call it a game of the year contender, within the sport simulation category, as there was one more big hitter on the way, in from of FIFA 19, which has just seen the light of day.

FIFA 19, as according to EA, was meant to be the biggest, brightest, and the most impressive FIFA title to date. And while the publisher, who also happens to be the core developer of the game, has admitted that this year round we won’t see many new additions content wise, then it still went out of its way to promote the title’s new and improved ball and player physics. And it has to be said that this year, FIFA 19 feels ‘different’ in comparison to its direct predecessor. And this is mainly due to the fact the ball itself feels incredibly heavy when on the ground, and this allows for improved control and wider array of options when it comes to dribbling. But at the same time, once the heavy feeling ball starts flying, it is seemingly weightless, as it can cover incredibly long distances with no effort whatsoever, ultimately allowing you to play the Mourinho way of banging in long balls into the box, hoping that something will come of it.

In-match gameplay has also received timed finishing, which unlike the above described gameplay features can be turned off in controls settings. However, doing so will put you this year at a severe disadvantage as timed finishing has turned the otherwise lackluster finesse shots, into a deadly weapon. As once timed correctly, finesse shots hit the so called ”top bins” nine out of ten times, even if you are 20, or even 30 yards away from the goal. But as good as timed finishing may be, it is nowhere near as useful or ground breaking as the new and improved goal kicks. Which while being exactly the same gameplay wise, are at the same time completely different, as the camera angle during goal kicks, allows you to see the entire pitch, and change direction of your kick mid run, just so you deliver the ball to that one player who has just lost the defender marking him. 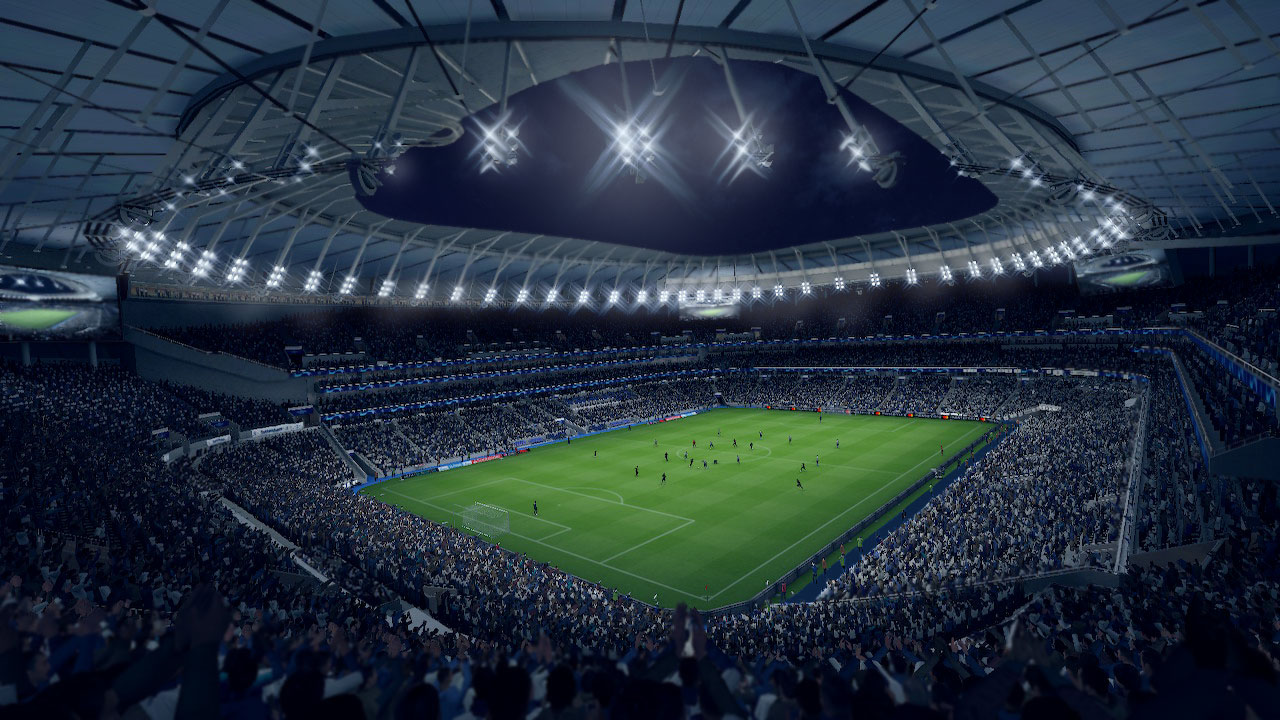 As far as gameplay goes, then I have to give it to EA. Because FIFA has changed, and it has changed for the better. The approach to football seems much more realistic, and while it is not a complete simulation, it is enough of a serious title, that even Pro Evolution Soccer players will have to admit, that FIFA has come a long way since its arcade, pinball like days of 2010. And as good as the core gameplay may be, then it does more than meets the eye. As ultimately all the gameplay changes has allowed EA to create a game which suits more than just one style of football. So this year, while playing strangers online, or your friends offline, you will never feel like you are replaying the same game over, and over, and over again. As each and every player, can and likely will find a style which suits him the most, and won’t have to follow the hype, as there is no ”META” way to play in FIFA 19.

As you can see, the gameplay aspects of FIFA 19 are simply superb. But we all know that sports games are not all about gameplay. As your bare-bones, aimless matches will only get one so far – just look at the Pro Evolution Soccer 2019. And that’s why games like NHL have been introducing ever new ways to play, with each and every iteration. And the team behind NHL 19 has even went so far as to turn the fan favourite 3v3 exhibition, arcade mode into a fully fleshed out career mode, which has taken the fans of the franchise by storm. Unfortunately, the team behind FIFA has done nothing of the kind. And while FIFA 19 does sport some new additions, those are more like alterations, than anything else, as they introduce very little new to the game.

Prior to launch, EA kept promoting its newly introduced no rules mode, which allows you to play matches with no stoppages, or cards. And the rather unimpressive battleroyale mode, which has you lose a player every time you score a goal. And while those two modes could be considered to be new, then as it was already stated above, they are nothing more than alterations, to the pre-existing modes which were the part of the franchise since the beginning of time. And this applies to more than just those two modes, as even the story-mode, has only received minor makeover in addition to bonus playable characters – and considering that it was once the selling point of the franchise, it makes it all just that much more disappointing. 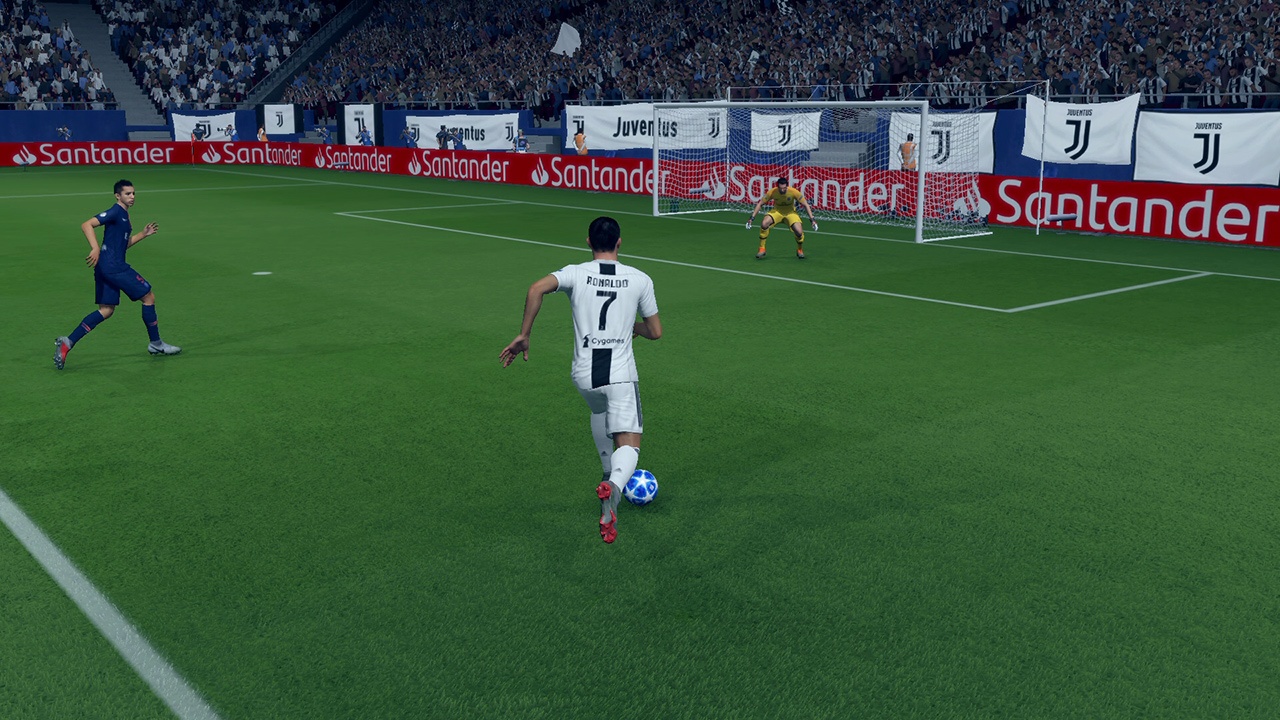 Before we move onto the highly regarded Ultimate Team, it is important to mention that the managerial mode has received no new additions, and besides of the introduction of the Champions League, and Europa League nothing has changed. And now, since we have gone past all the bad news, its time to move onto the Ultimate Team, which unlike all the other modes has changed for the better. And that’s mainly because as all the leagues, challenges, and tasks, have been severely streamlined, and while they are all still time consuming, they will no longer require you to spend hours, upon hours, in front of your tv, grinding for meager and meaningless rewards. As now, division rivals – what used to be online seasons – offers tangible rewards in form of packs, coins, and even FUT champions points.

Once the Ultimate Team gets going, there is no stopping in sight as the better your team gets, the more you can achieve. But unfortunately, before you get to that point, you will either have to get incredibly lucky, and pack a 200k worth of players within your starter packs, or like me, you’ll have to drop in excess of £30 on packs alone, before you’ll ever get to the point where you can compete against other players online. And sure, you could argue that you don’t have to spend a penny on Ultimate Team, and still reach the upper echelons of the mode, but without blind luck, or any investment, it can take you months, before you’ll get a team worth of entering FUT champions. And by the time this happens pro players, and those who decided to drop big bucks on the game, will be brandishing ICON studded line-ups, against which you’ll have no chance whatsoever.

FIFA 19 is an incredibly strange title. One one hand it is the best FIFA in years, when it comes to gameplay, but on the other, it is also the most underwhelming iteration in years, when it comes to content. It plays great, it feels great, it looks somewhat OK, but it doesn’t have the hook which its predecessors had, in abundance off. And unless you are wiling to dive deep into the Ultimate Team mode, then you are likely to forget about FIFA 19 completely within weeks, if not days. As unfortunately, it simply doesn’t have enough tangible content in order to keep one occupied for months, like the previous iterations did. And it’s a real shame, as FIFA 19 is the best iteration of the series this generation has seen – but only when it comes to the pure, and unspoiled gameplay.

FIFA 19 is a fantastic game, but its suffers significantly from its severe lack of any tangible and meaningful content.