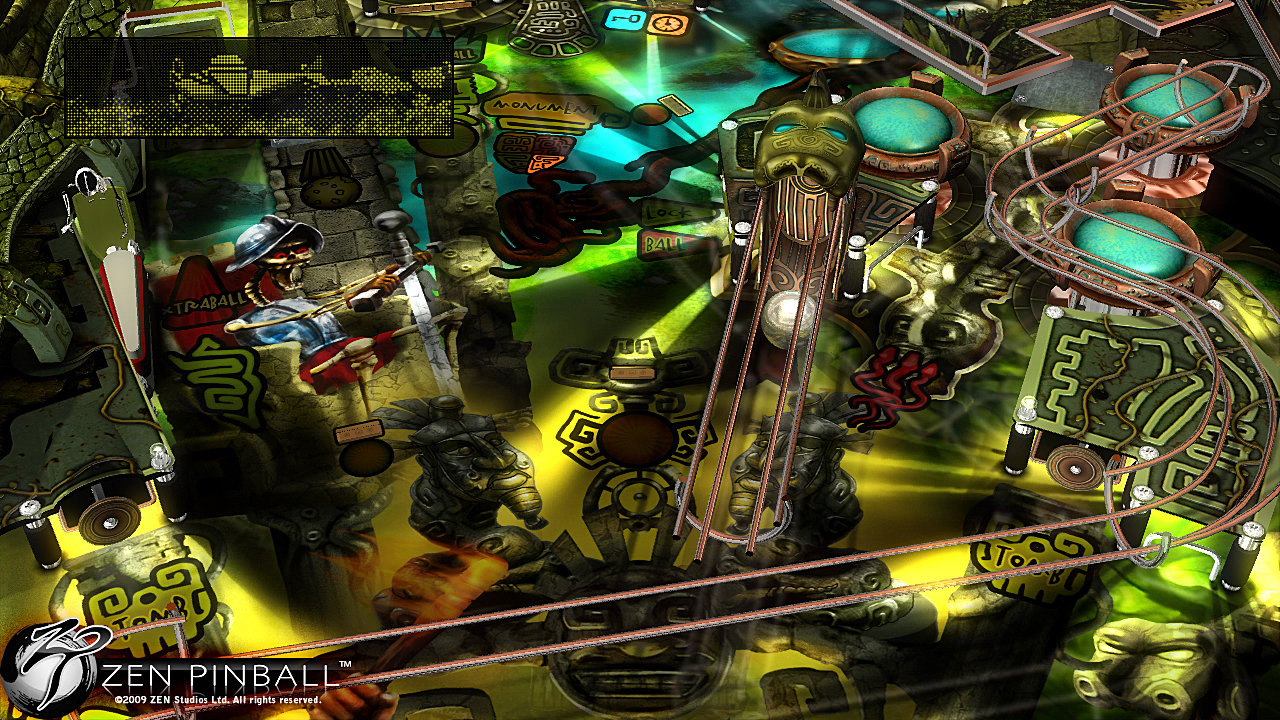 “Zen” literally means a meditative state. While the spiritual aspect of the word ties into the game’s theme, there is certainly nothing meditative about it. This is a fast-paced pinball experience with all of the bells and whistles found on real pinball tables that will keep anyone, pinball enthusiast or not, engaged for countless hours.

I don’t think there’s anyone reading this who doesn’t wish they owned their own pinball table. But seeing as how those are usually in the thousands of dollars and Zen Pinball is only $9.99, this is a much more viable option. Luckily, Zen Studios delivered with Zen Pinball and gave you the four tables you wish your local arcade had. All four are widely unique and beautifully detailed with realistic pinball layouts. You also have six camera angles and customizable button control. One great example is the ability to nudge the board using Sixaxis by simply shaking the controller. Other features include ability for in-game voice and video chat using the Playstation Eye. Pretty impressive for a $10 PSN title. 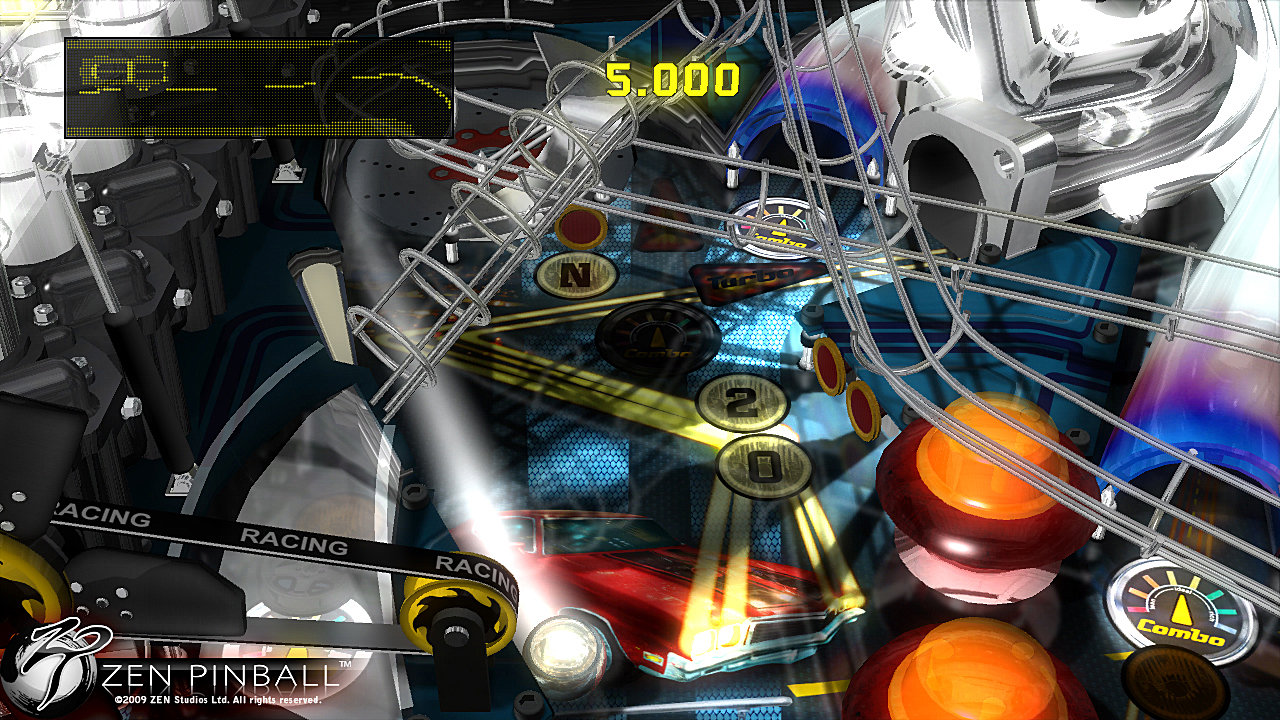 The four tables are El Dorado, V12, Tesla, and Shaman. El Dorado is a Central American jungle setting and V12 has a car engine theme. Tesla is named after the engineer/inventor who played a crucial role in commercializing electricity, so the board is covered with old-school electrical contraptions.  The Shaman board reflects the historical person or “Shaman,” which refers to a tribal spiritual leader who deals with supernatural beings. There is more of an emphasis on the tribal setting than the supernatural, but who doesn’t love a history lesson? If somehow these four boards aren’t enough then there are 6 more full fledged tables available for download at $2.49 each. The game tracks your personal high scores for each table with three separate categories: high score, best score in a minute, and score speed (highest points per second ratio). It’s great to see how your game stacked up to your previous bests after each play.

Each board also has its own unique themed music to go along with the settings. These tracks are all surprisingly well done and really go well with the game. But what happens when the music inevitably does get old? You can use the custom playlist to play your own music in the background instead. This is really something all games should implement, and its refreshing to see a PSN title including this option.

The menus are well laid out, making all of these options readily accessible. There is also a news feed feature on the main menu that streams tips, both your friends and your achievements and scores, as well as worldwide high scores. This helps encourage the competitive nature of the game by giving you the urge to beat all of your friends and brag about it, or even to compete for the national high scores. All of this can be accomplished with ease thanks to the terrific online multiplayer provided by Zen Pinball. 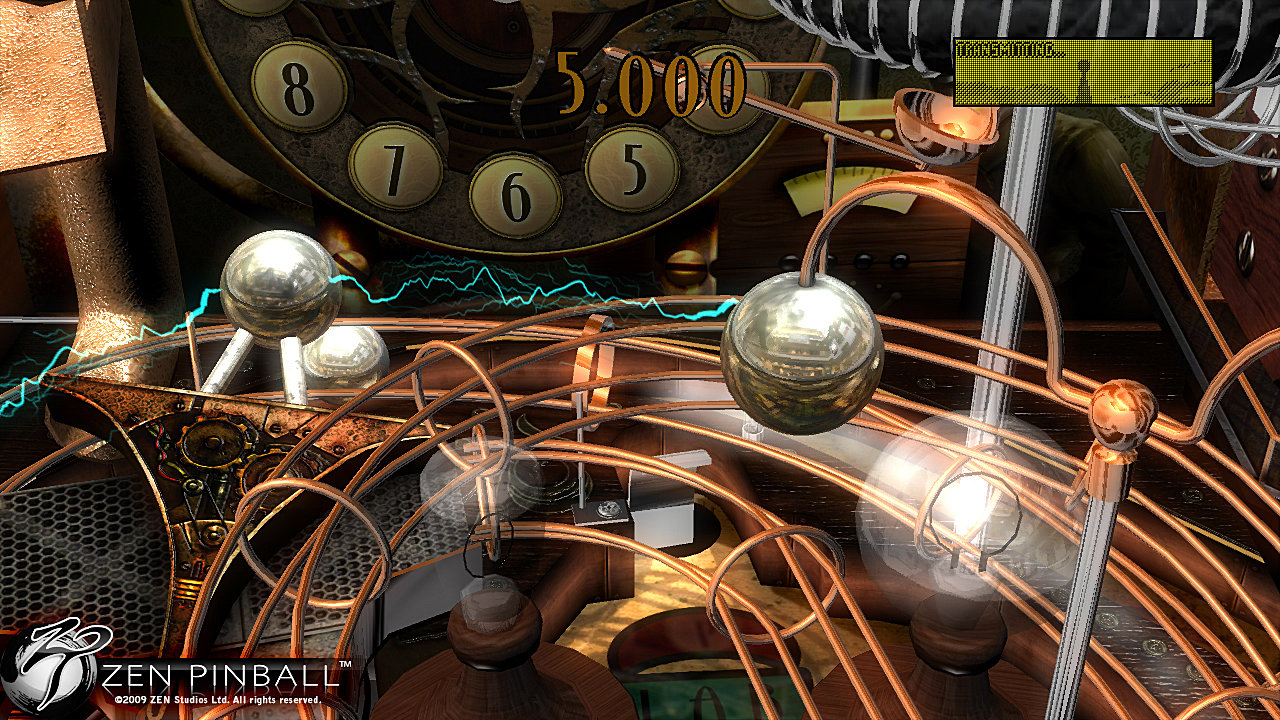 There are two multiplayer options: local hotseat and online multiplayer. Local hotseat allows for four players to play locally while the online multiplayer provides the ability to connect four players online. The gameplay within these options is a competition of whoever reaches the target score set by the host first. You have an infinite number of balls to achieve this, however, each ball used gives you a point deduction (also determined by the host) so skill is still key. You also have the invite a friend option rather than simply matching with random players. With the constantly updating live leaderboards for both all time and weekly scores, as well as player’s individual multiplayer rankings, you’ll always know how you stack up to your competition. There are also periodical online tournaments available that will be indicated by a flashing indicator on the main menu.

The wealth of options paired with the uniqueness of the boards really make Zen Pinball an amazing package, especially for the price. The physics based gameplay is spot on and the multiplayer leader boards and options give the game a whole new life. The only slight drawback are the occasionally long load times, but this is a negligible flaw in an otherwise spectacular game.