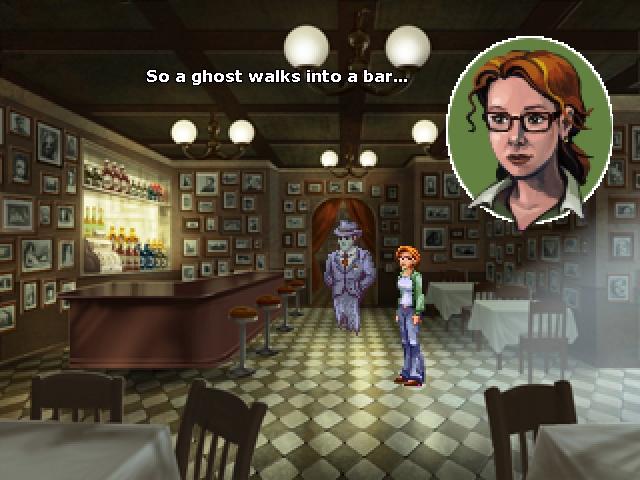 The Blackwell Convergence is the third instalment of Wadjet Eye Games’ Blackwell series, and is set 6 months after the events of The Blackwell Legacy. In this game you retain control of Rosangela Blackwell and her spirit guide Joey Mallone.  Much like the previous game you have the option to take control of Joey at any time you please, I’m glad this feature was kept in as it added more dialogue to the game as a whole. I was also pleased to see that this game developed the storyline further, instead of creating a brand new one. The cases that were thought to be solved in the previous game return to haunt you in The Blackwell Convergence, literally.

The game starts off with Joey and Rosangela looking into a “disturbance” in an old office building, but this is just a small teaser to allow you to learn and get used to the controls. But after this short tutorial a title sequence plays, and the adventure begins. I was impressed how the story in this game was on par if not better than the previous title, I didn’t expect to be as good being the third game in the series but I was mistaken. There was also a more in depth computer feature added, where you could log on to Rosa’s (or other peoples) e-mail account. You also had to use the computer by searching for people or places that have been mentioned in conversation. I thought this was an amazing addition as if you chose to, you could read into the characters in even more detail than was offered in the other games. 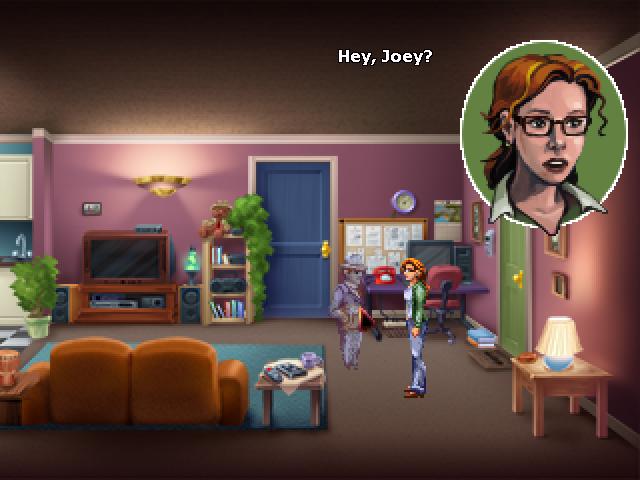 The gameplay mechanics are no different from Blackwell Unbound; you can play as both protagonists which allow you to reach areas that Rosangela alone cannot discover. And just like the others the puzzles really get your brain going, most problems can be solved by simple exploration and character interaction. However, some require a slightly different strategy like an “Oogle Search” or really pestering a person for information. Completing puzzles can sometimes be difficult due to the size of the key items, useful tools such as paperclips are almost impossible to see let alone click on (even with the slight shine that they give off).

The characters in this game were all very interesting, the old and the new ones. And characters that were originally in the first game are mentioned, which is a nice touch for those who had worked through the series. The voice acting was really great as well, but without a doubt Abe Goldfarb returning as Joey was easily my favourite character. I was very happy to see that all the characters had different personalities and humorous qualities. Another thing I noticed was that the notebook element was toned down a bit; the art of finding out information was only mostly achievable by using the computers various uses, unlike the other games where you had to combine clues to create new ones.

The job of the art this time was handed off to Shane Stevens, Karen Petrasko and Luminous Arts, and they all did an outstanding job of it. Although it wasn’t too different from both of the previous games, it was still a nice slight change of aesthetics. 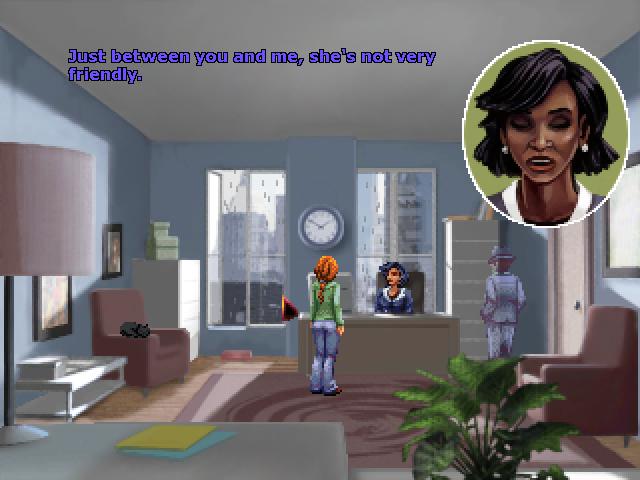 I thought this game played its part in the series very well, as they all seem to be put together like a Telltale game. But all manage to be unique in their excellence. The Blackwell Convergence is around the same length as Blackwell Unbound, but if you take the time to really soak up the details then it should add at least another hour.

I’m going to give The Blackwell Convergence 9 out of 10 as, much like the previous instalment, it managed to surpass its predecessor in quality. If the amazing story and classic gameplay style isn’t enough, the excellent art style and voice acting will really impress you. The music was yet another great addition to the atmosphere. I cannot wait to get my hands on the next one; this is one of my favourite game series’ of all time. Definitely buy the Blackwell Series if you can, it’s worth your money.