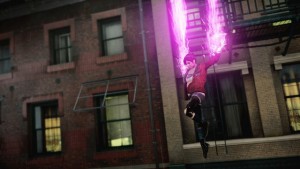 With more and more releases and less and less time with which to play them, completing my ever growing back catalogue of games has been looking ever more unlikely. Despite my increasingly limited amount of gaming time, I have been unable to stop buying the games, thus leading to a, well, rather unsurprising surplus of un-played video games adorning my shelves and hard drives.

To be honest, for the longest time, I thought they would remain just that, ‘un-played, but this holiday season, rather than rushing out and purchasing such all-encompassing time sinks as Dragon Age: Inquisition and Far Cry 4, I decided instead to commit to said back catalogue and at least give those games that I hadn’t started or finished a chance before I banished them to the shelf (well, virtual shelf) never to be seen again.

What surprised me most when I went about this little foray in to my gaming back catalogue was how little I was looking forward to it. In fairness, the games I went for were all rather recent so it wasn’t like I was checking out whether I could still enjoy Final Fantasy XII on PS2 or P.N.03 on GameCube (they remain dutifully glued to the shelf), but still, many of the games I played weren’t exactly critical darlings either and, despite being relatively recent releases, were not the most exciting propositions in the world either. 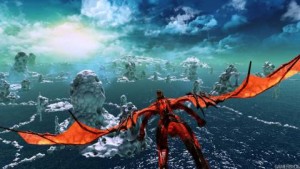 With Crimson Dragon, EA Sports UFC and InFamous: First Light top of the list, I was looking at a collection of games that, while far from terrible (some might argue to the contrary in the case of Crimson Dragon), were always unlikely to change my life. Still, if I was ever going to play these games, now was the time, and you know what, I enjoyed all three of them……I enjoyed them a great deal in fact. Perhaps it was the greatly diluted expectations (I have no doubt that low expectations certainly helped), but whatever the case may be, the fact is that I played, finished and, to my surprise, continue to play all three of them.

I had heard very mixed reviews for UFC and that’s probably what put me off getting involved earlier. I have what one could optimistically call, a passing interest in the sport and was still a little burnt by the fact that EA decided to opt for a UFC release rather than a new Fight Night game (I sure would love a new Fight Night), but heck, I quite enjoyed their MMA release from a few years back and was always going to give it a go. Still, I didn’t expect to enjoy it nearly as much as I did.  Yes, the ground game is a bit awkward, the bro-chat that is synonymous with the sport as galling as ever and the visuals not quite as impressive as the jump that Fight Night provided so spectacularly on 360, but regardless of these issues, man, punching….and kicking….and elbowing people in the face in that game is so much fun. It’s far from perfect, and certainly can’t compete with the best that the Fight Night series has to offer, but hey, that’s where those low expectations come in to play.

The same is true of Crimson Dragon, a game that many lamented and one that, due my initial experience in combination with the rather mixed review scores led me to believe that this was not the Panzer Dragoon game I had been looking for. In fairness, it doesn’t live up to any of the mainline Panzer Dragoon releases, but once more, judged upon its own terms and with expectations kept in check, it actually turned out to be a game that I found both highly entertaining and even more addictive. Some will inevitably put their nose up to the micro transactions, but I didn’t spend a penny and got rather hooked on the whole upgrading my dragons aspect of the experience. The gameplay is never as slick as the classic Saturn releases that it so clearly apes, but structurally, the game is like crack cocaine. I’ve finished the game and I’m still repaying levels to level up my gaggle of dragos…….is that right? Gaggle?

Finally, there is InFamous: First Light. I enjoyed Second Son, but I played that game to death and thought I was done with it……apparently not. This miniature slice might well highlight the limitations of the mission design that marred the full release, but it also served to remind just how beautiful this virtual depiction of Seattle is and just how much fun it is traversing its geography. Technically it does very little that the full game hadn’t done already but thanks to its likeable lead and quick fire upgrade system, managed to drag me back in to the world much faster than I would have ever imagined. 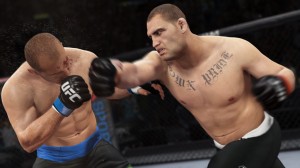 None of these games were spectacular but there was something oddly liberating about removing expectations and simply enjoying these games for what they are. Perhaps that is impossible when experiencing games in the midst of their release window, when hype is at its highest and the conversation at its most fervent. Going back to these games once that chat has died down was a perfect way to experience them and while I would be lying if I said I could take the same approach for all games (sometimes you just have to be there on the ground floor), I think it is something that I will try to do at least a few times a year with smaller, less time extensive experiences. Everyone plays games in different ways, but if you get a chance, visit that back catalogue, give some of your games a little time to breath. With review scores coming at you from every angle and opinions and viewpoints tweeted and, er, booked(?) by just about anyone with a spare thumb, it’s a genuinely pleasant experience to go back and play through a game once all of that hullabaloo has died down.