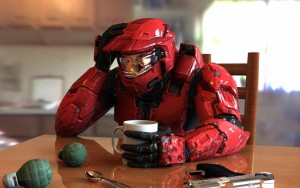 Assassin’s Creed Unity was a mess at launch. Halo: The Master Chief Collection was even worse. Well, that’s what I heard anyway. My personal experience with both has been silky smooth. Why? Because I lucky? No, because I was patient. With so many games to play and with so much bad press, I simply decided to wait it out and ended up picking up many of last year’s later releases in early 2015 instead.

While I subsequently missed out on being “in on the ground floor” as some people say, the ground floor in the case of many of last year’s biggest games didn’t exactly seem all that great. Honestly, it’s much more comfortable and certainly more lavish up here on the……5th floor? Is it a floor per month? Is that how it works? Anyway, however it works, the fact is, by holding back a few months, I was able to pick up both games for under £20 and when they were both in the kind of shape that they really should have been at launch. Of course, I couldn’t do this for every game – all the best intentions in the world won’t be able to stop me picking up the likes of Halo 5 and Uncarted 4 at launch, but for yet another Assassin’s Creed (which I almost play begrudgingly at this point), I am more than willing to wait.

If you’re the kind of person who rushes out to buy games at launch, I seriously suggest that you give this patience thing a crack. Not only are the games cheaper, but Assassin’s Creed Unity, while perhaps not as unabashedly fun as Blag Flag, is at this point (4/5 months after launch) a very solid and largely entertaining game. It’s not without its faults and many of the series’ (and Ubisoft’s) long standing issues remain, but make no mistake, Unity is a truly gorgeous game and despite its technical issues at launch, could now be considered a poster boy for what can be achieved on next-gen consoles.

It’s not just the technical aspects either – artistically, Unity is nothing short of phenomenal. While I can’t claim to have experienced 18th century France first hand, there are few games that have managed to capture a time and place as well as Ubisoft have here……even if the French all sound suspiciously English.

In fact, the more I play the game, the more I think it was universally thrown under the bus. I’m not doubting that a myriad of technical issues existed at launch, but I have no doubt those YouTube videos played a massive part in defining the opinion of the game in the coming months. Really, do you think everyone got that creepy faceless dude on their playthrough? I can imagine most folk probably ran in to a handful of minor issues, that when combined with the larger narrative surrounding the games’ release, inevitably became bigger issues that they would have been otherwise. 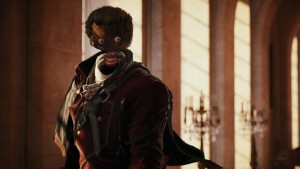 Of course, it didn’t help that the tail end of 2014 was awash with unfinished games, but industry issues aside, waiting just makes sense. Sure, there is an argument for wanting to be part of the conversation, but then there is also the counter that many games are more enjoyable without the associated expectations that come with the launch of a major tripe-A release. There have been loads of games that haven’t had the best reviews that I have picked up months and years after release and thoroughly enjoyed. With a lower price point and expectations in check, it’s easier to enjoy games like Unity that have so much media-related baggage surrounding them upon release…..oh, and to get back to my original point – these games are much better when they are actually finished.