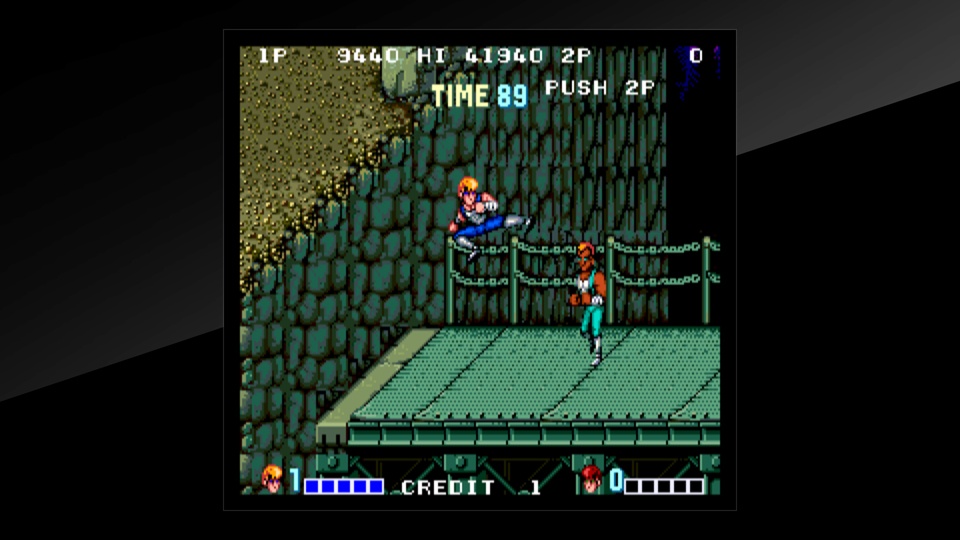 Just how effective is nostalgia? In movies, it can play a huge role in how much we enjoy classic films – just recently, I watched The Goonies with a group of eight friends. Of the eight, five had seen the movie innumerable times in their youth – they loved the movie then and they still love it now. The other three, those who hadn’t seen it before, they didn’t get it. Heck, they didn’t even enjoy it. They thought the characters were lame, the action forgettable and the plot rather plodding. The rest of us were naturally outraged, but then, well, I took a more critical approach to the movie – was it that funny? That exciting? Suddenly I wasn’t so sure. Had I been blinded by nostalgia?

I asked myself many of the same questions when replaying the recently released, Arcade Archives Double Dragon on PS4 – was I enjoying it because of the associated memories, or does this game actually hold up? After some careful consideration, I decided that it really didn’t matter. Simply put, Double Dragon isn’t being re-released to win over a new generation of fans (it’s too old-fashioned for that), no, this game is being re-released as part of Hamster Corps Arcade Archives series for people like me; folk in their 30s (early 30s I might add) that have fond memories of playing the arcade original or the much-loved NES and Master System ports (note – the Master System version was much better). 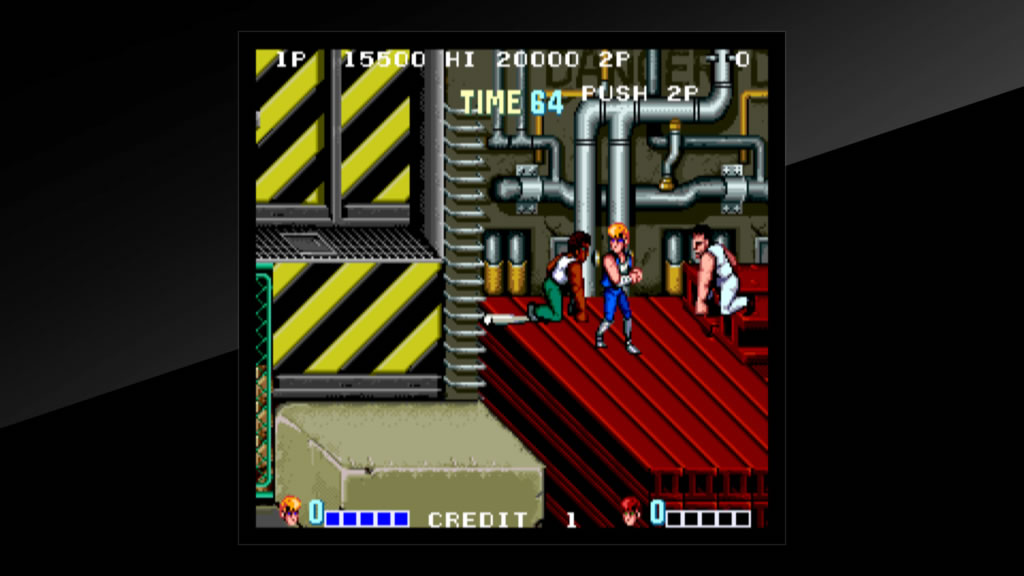 Does the game hold up? No, not really. Is it still enjoyable? Yes. Yes it is. The hit detection is a bit wonky, the move set is extremely limited and the visuals very simplistic and really rather cheesy. Equally however, those simplistic, cheesy visuals are incredibly charming and the combat, while simplistic, will bring precious memories flooding back for those who played the game back in the 80s and 90s. It won’t change your life, but in short bursts (as it was intended upon its original arcade release), Double Dragon is still a lot of fun to play.

Yes, £7.99 does feel a little steep for what is a very basic package, but as an opportunity to play it in all of its original arcade glory, I would suggest that it’s just about worth the asking price. Sure, you can fiddle with a few of the visual settings and amend the scan lines and border size, but be warned, this really is an incredibly basic package. No unlockables, no updated effects – this is the arcade release, warts and all. You might not remember the slowdown from your arcade days, but it was there then (in abundance) and it’s here now. Like the other games in the Arcade Archives collection, this really is one for the purists. Personally, I think it would have been great if they had thrown in some of the old home console ports for posterity’s sake, but honestly, the arcade version was always the best of the bunch (the NES version didn’t even have 2 player co-op) and still remains the best way to experience this arcade classic. 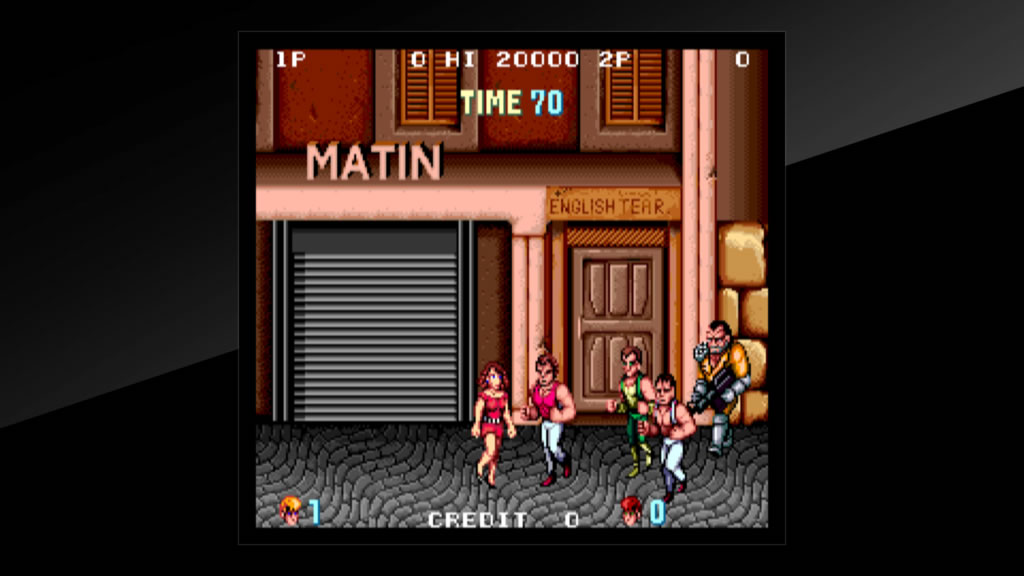 As always, Double Dragon is at its best when played in co-op. With a like-minded gamer in tow, Double Dragon can still prove to be hugely entertaining if short-lived and ultimately frustrating experience. The story of is of course utter mince, but again, the tale of Billy and Jimmy Lee and their mission to rescue Marian (and her minuscule skirt) from the Black Warrior Gang is the kind of winkless 80s tale that simply doesn’t exist anymore (at least not with this level of absurd sincerity anyway).

If you never played Double Dragon back in the day, then honestly, I would steer clear of this package. Without a strong sense of nostalgia to drag you through the rough patches, Double Dragon essentially stands as a rather ugly and largely frustrating brawler. The game was created to eat up quarters, and while I’m sure there are high level players out there who make the game look easy, I spent a lot of my time being punched in the face or thrown into the air by one of the many identikit giants that mysteriously roam the gang-ridden streets.

Despite its issues though, Arcade Archives Double Dragon can prove strangely enjoyable when played with friends, but be warned, Technōs Japan’s much loved brawler has not stood the test of time in the same way that the Streets of Rage or Final Fights of this world have.