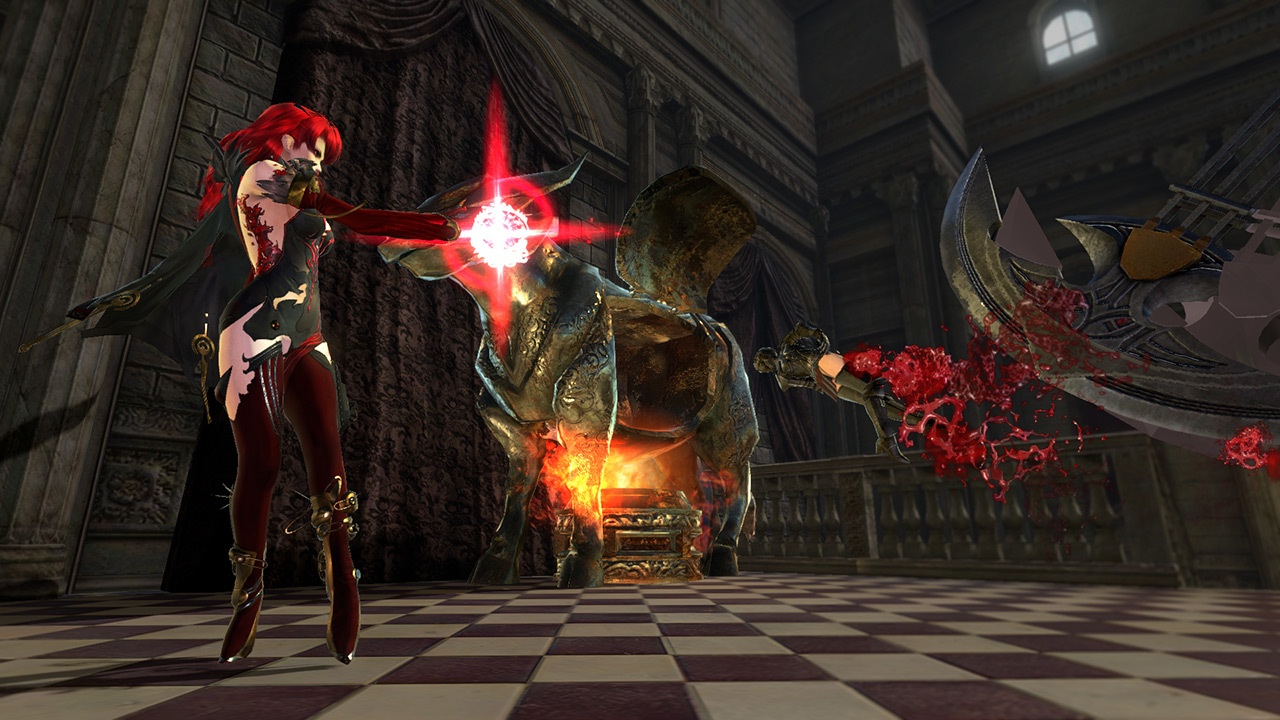 The Deception series of games is famous for allowing you to cruelly trap and torture hordes of NPCs. Despite being very interested, for whatever reason I hadn’t picked up a Deception game before now. Deception IV: The Nightmare Princess is therefore my first Deception game, and it has, for the most part, won me over.

Nightmare Princess is an expanded version of Deception IV: Blood Ties, which was released on PS3 and PS Vita in 2014. What’s more is that Nightmare Princess is also available on those consoles – as such, its graphics aren’t really current generation standard. However, they still serve their purpose well, which is just to adequately depict the trapping and slaughtering of innocents, and as such their basicness can be forgiven. 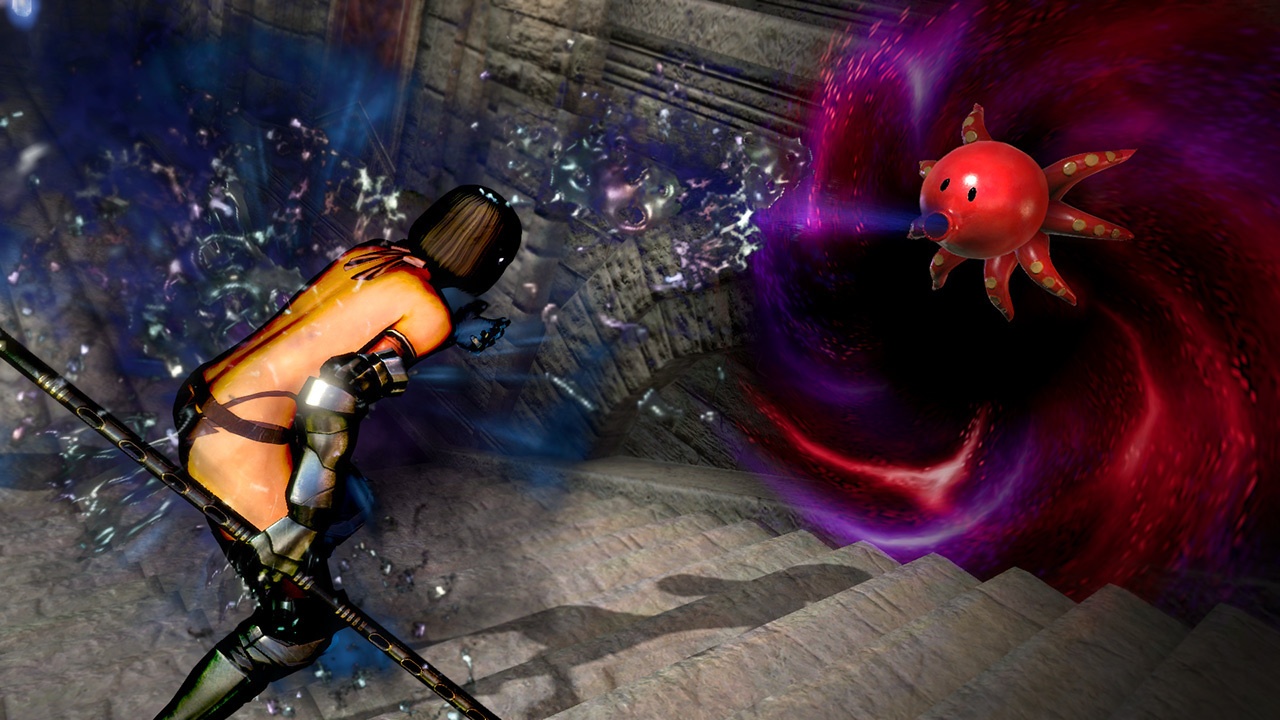 The game’s story, such as it is, follows one of two hot anime babes, who happen to be the daughters of Satan. In order to resurrect the Dark Lord you play as either Velguirie or Laegrinna, the former being a new addition to the game, while the latter’s story mode was already the main game in Blood Ties. Naturally, the only way to revive the Devil is by stealing human souls. You do this by trapping humans with a variety of nefarious devices, until they eventually perish and relinquish their souls to you. The more souls you receive, and the more sadistic and humiliating methods you use to trap the humans, the more powerful you become and the closer the Dark Lord’s resurrection gets…

For those new to the series (like myself), there is a very thorough and highly useful tutorial. However, a word of advice to people who haven’t played the original Deception IV: Blood Ties – you should definitely select the second option on the main menu, Dark Side Princess (Laegrinna’s story mode), when starting the game. This is the mode included in the original Blood Ties release, and takes you through the basics of gameplay. The Nightmare Princess mode is a new addition which will be welcome for those who already enjoyed the original Blood Ties – it contains a slightly stripped down version of the original’s gameplay, wherein you complete self-contained quests while trying to meet particular objectives (such as killing an enemy while they’re in mid-air, or catching your victim in a combo of 4 consecutive traps), as opposed to the Dark Side Princess mode where you run around your satanic mansion taking out humans who foolishly infiltrate it to try to kill you.

There are a range of traps you can use, from the relatively mundane (an axe which swings down from the ceiling, or an arrow which shoots out from the wall) to the completely ridiculous (a pumpkin which falls on your victim’s head, temporarily blinding them, or a rake which your victim can step on and have smack up into their face). You also have abilities which you can use to attack humans directly, or to facilitate your traps. A new addition to the Nightmare Princess mode is the ability to kick, which can (sometimes) be useful to kick a human into a trap which they refuse to walk into themselves. 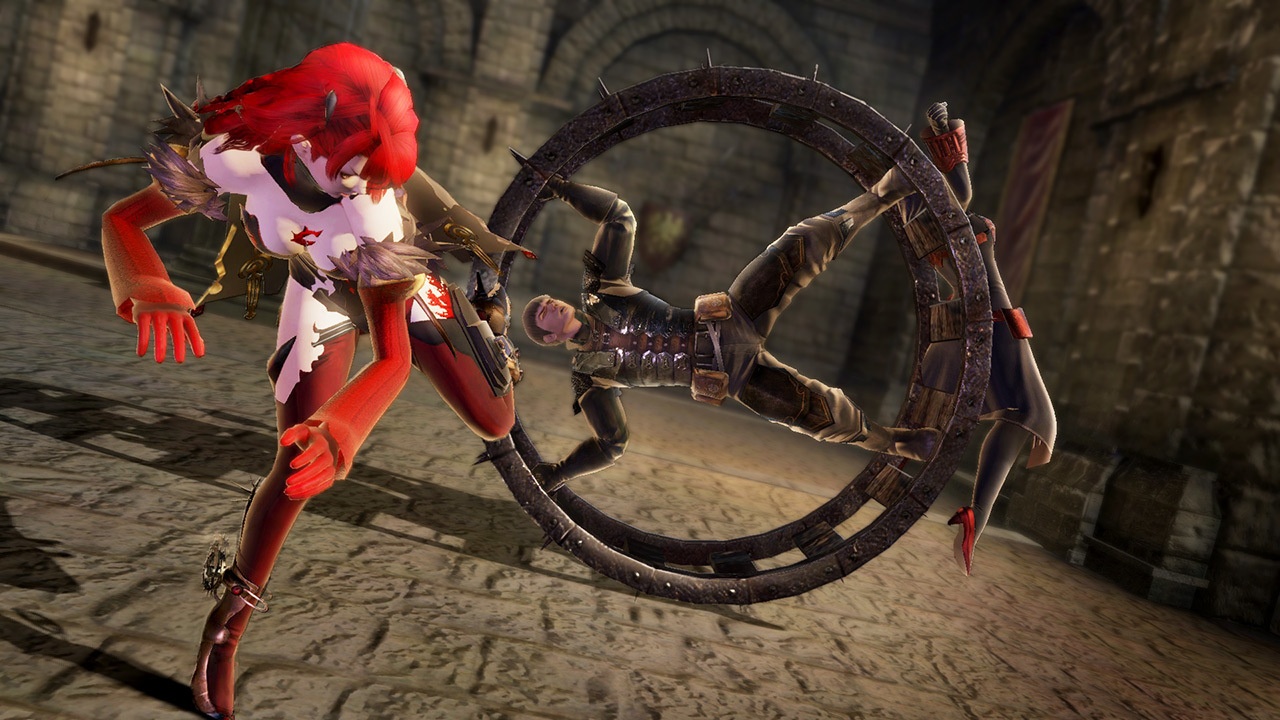 The main complaint I have with Deception IV: The Nightmare Princess is that it gets quite repetitive. In theory, torturing hapless NPCs in a variety of increasingly silly ways sounds like it would be endless fun; in reality, it gets old surprisingly fast. It can also get quite frustrating, when you set up a truly masterful trap, and yet when you try to kick a human into it the game decides you were 0.0001 degrees off, and your kick instead sends the enemy reeling off into a completely different direction. The gameplay, by its nature, involves a lot of trial and error: you’re encouraged to rack up big combos, and to make your traps as humiliating and sadistic as possible, but often you just can’t tell whether a trap idea will work or not until you’ve got a human in it. This strategic, almost puzzle-solving element can be fun, but it can also be annoying when you’ve already accidentally drained most of your victim’s health when testing out combos, and then when you finally launch your perfected trap combo on them they die halfway through it.

If you’re a fan of torturing foolish NPCs, perhaps in games like Poltergeist: A Pixelated Horror, or locking the butler in the fridge back in Tomb Raider 2, then you’re going to have some fun with Deception IV: The Nightmare Princess. It takes some patience to deal with its quirks, and it’s not likely to be something which you can play for hours at a time, but it’s still well worth a look. And hey, if nothing else, it’s got sexy evil anime babes!