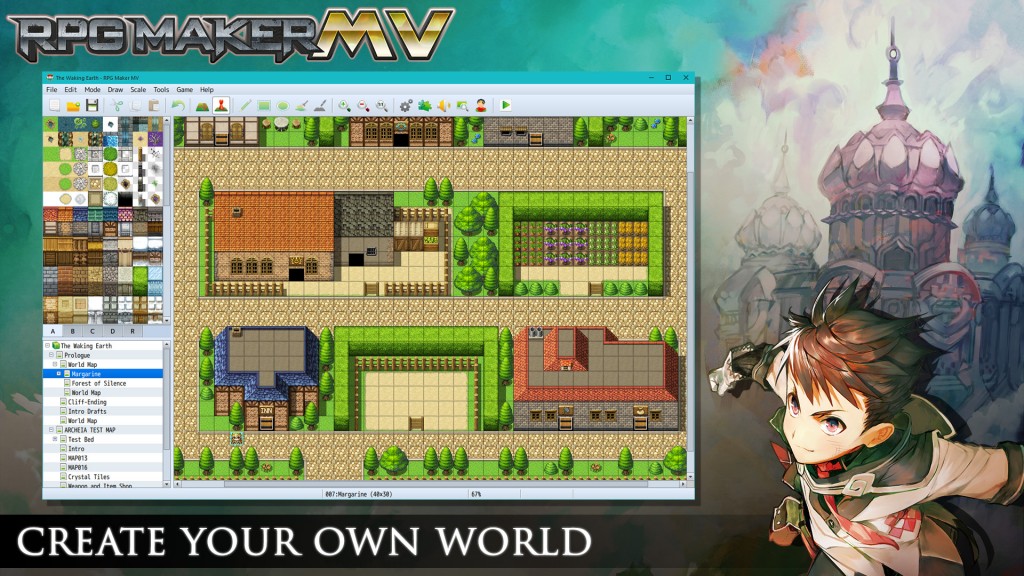 Let me start this review by saying this and I’m sure this is pretty obvious. RPG Maker MV is not a game. It’s a role-playing game building application that claims it’s so easy even a child could use it. To be fair it is really easy and simple to use if you want to do the basics.

For people who want to Borden their horizons and learn the ins and outs of RPG Maker MV prepare to lose hours of your life to this. I started tinkering with it on Monday and by Thursday Steam told me I was on it for 26 hours and all I had done was my first couple of maps and some of my introduction to my game.

Anyway the application itself definitely gives you all the tools you could need or want to build that dream game you’ve always wanted to make. There is also a character generator meaning creating your own unique characters has never been so easy. I did find it a little limited though and was disappointed as I found most my characters looked the same due to the limitations. Also making females look like females was difficult too due the lack of makeup options and lipstick. 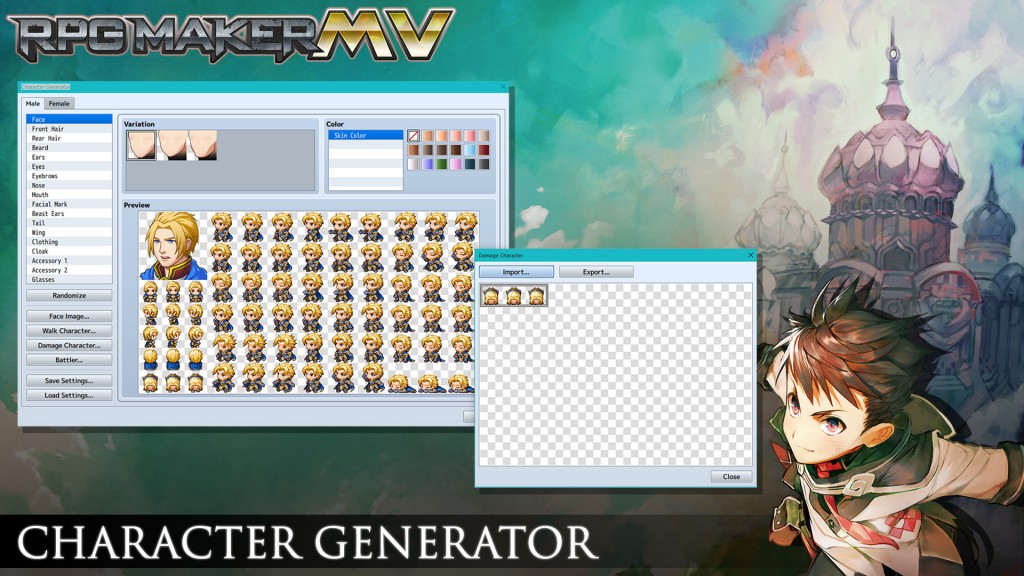 The community has however, already sorted some of these problems with releasing their own custom-made pieces to add to the character generator so this is just a minor nit-pick really. Speaking of the community of RPG Maker in general they also contributed most of the plugins in this game which replace scripts from previous instalments. These handy little bits of code open up amazing possibilities. If you want to change your main menu you can now just do it by activating a plugin and it’s very easy now to customize and tweak it to your liking. There are some fantastic tutorials on YouTube which explain everything really well as well as a help section built into the plugins.

Battles in RPG Maker finally have the option of side view or front. I myself, have been waiting for this feature for so long and I’m pleased they finally added it. The character generator as I mentioned earlier, does also customize the battlers too should you wish to go with a side view battle system. Using commands, you can even alternate through the Two, in battles making your game look pretty awesome. Anything you can thing of for special attacks can pretty much be done. I loved the fact I could add custom sounds to my attacks and I even tried recording my own voice for the sound effects and it worked perfectly.

The main chunk of your game will be strung together with something called “events”. These can range from signalling a mass conversation or a boss fight. They are really important and getting to grips with how they work is really simple. Activating switches is just as important too. I often found I didn’t want an event to become active until another had unfolded and using switches for this is simple, a lot easier than you expect it to be. This is really useful for treasure chests so you don’t constantly open the same one over and over. For someone who has very little experience with code JavaScript or any Game making skills I got to grips with it pretty fast thanks to the tutorials.

The artwork included with the game is impressive too. Some of the characters look really cool and I actually found myself using a couple of the pre made ones for my game as they really didn’t look that bad and they were much quicker to just stick in as random NPCS (Non playable character) than creating my own. Battle backs have a great variety from futuristic to historic any genre of RPG or any other games you want to make the tools are here to make them. 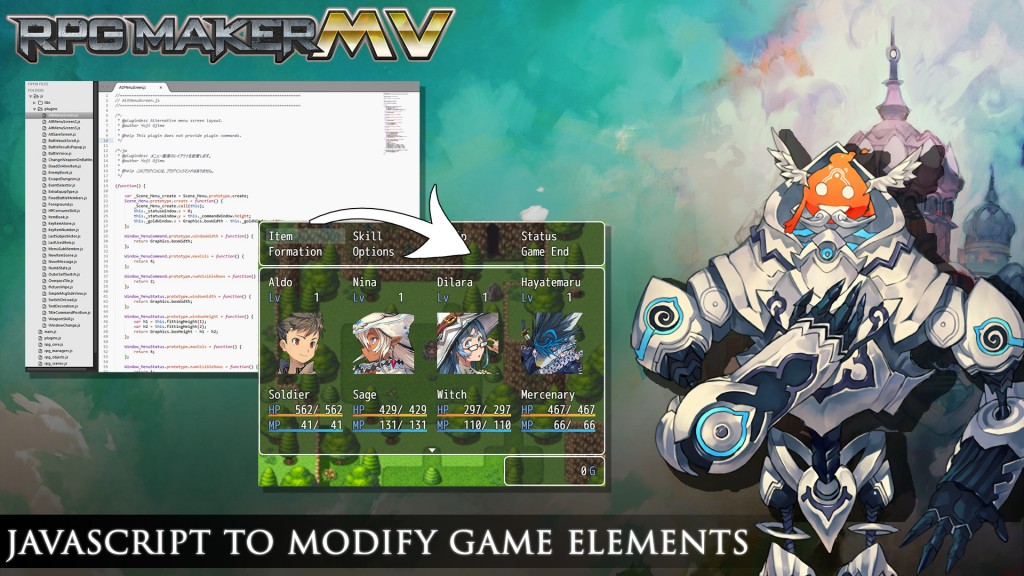 The music in the DLC has to get a mention. It is amazing, No other words I can use to describe how epic some of the tracks are. I often feel let down by soundtracks in stuff like this due to the fact I never get that “this is going to be an epic boss fight vibe” from the music. I got it with this soundtrack it’s absolutely rocking. There is music for every scenario, be it horror fantasy this has you covered.

The tile sets come in a bigger variety than ever before too. The maps already pre made to load up ready look professional I will warn you if you plan to make your own maps prepare to lose hours of your life to this it’s worth it though because once you have created your own unique masterpiece you can think ” I made this”.

In the end there’s no doubt RPG Maker MV gives you everything you need to make a great game. With the community always expanding the possibilities of the program with new plugins and graphics you could really make anything you can think off. This is a great tool that can make your ideas become reality