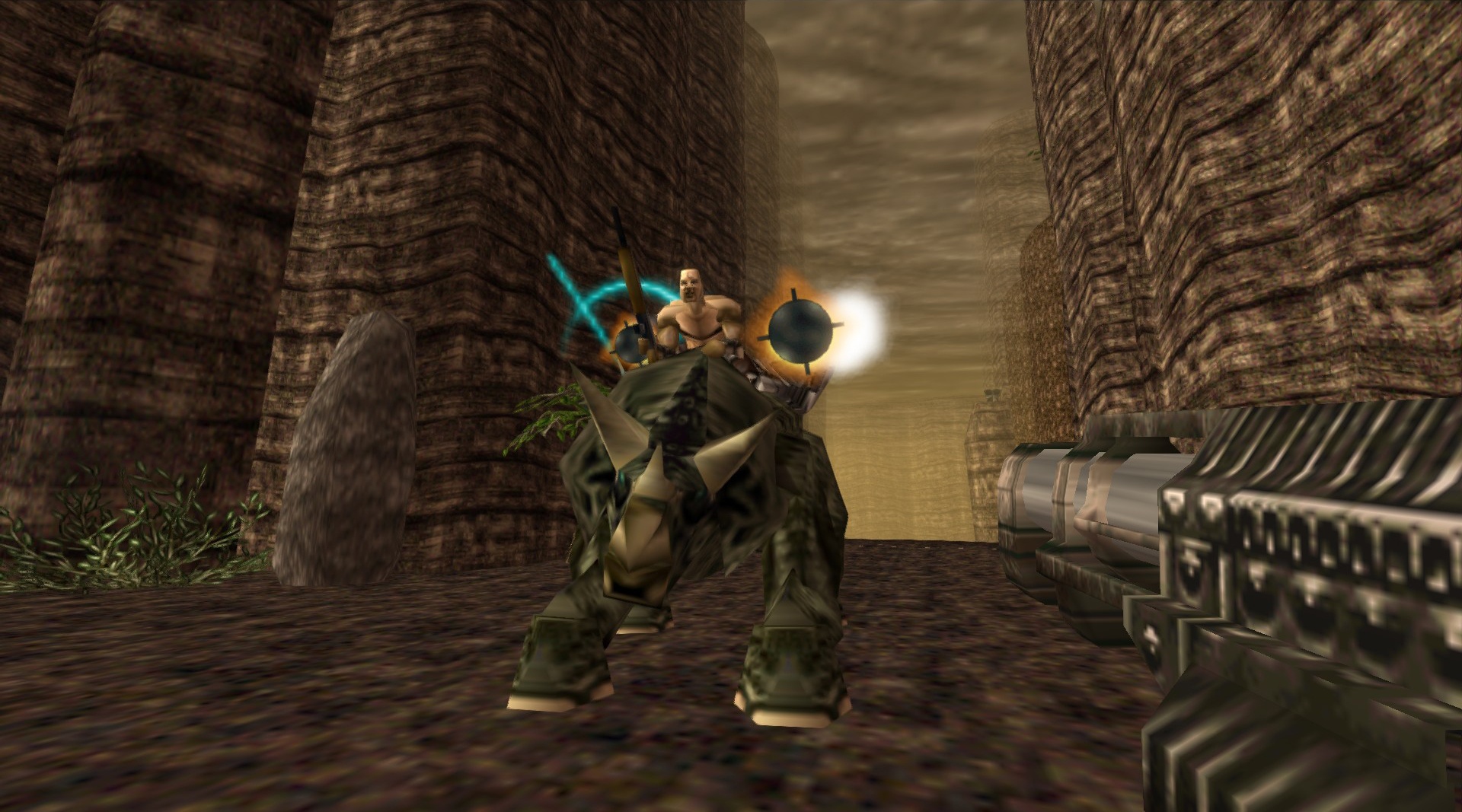 In the nineties, just like when you were the kid that either had a Megadrive or a SNES, you were a kid who eventually had either an N64 or a PlayStation. You never had both, those types of kids didn’t exist, or at least they didn’t in the slums where I grew up. I opted to go for the PlayStation, and I never regretted it because the weird kid I pretended to be friends with had an N64 and I could go to his house and play it whenever I wanted. One of the games I really loved was Turok: Dinosaur Hunter, so to see it remastered is kind of special. To be honest, I liked Turok 2 way more but hey, I’ll take what I can get and look forward to more of the same in the future.

Night Dive Studios are known for obtaining rights to classic video games, updating and re-releasing them. Their first release was System Shock 2, and since then they have been re-releasing classic PC titles including System Shock Enhanced Edition and The Original Strife: Veteran Edition both of which were well received and with Turok they have kept the remaster quite faithful to the original. There’s obvious improvements done to the lighting and water details but other than that, were treated to the original textures, environments and character models which are, by modern standards, just awful. Still, with support for widescreen and higher resolution displays, it’s not actually that bad, and diehard fans of the original will probably find it glorious to see a breath of life puffed into their favourite game. 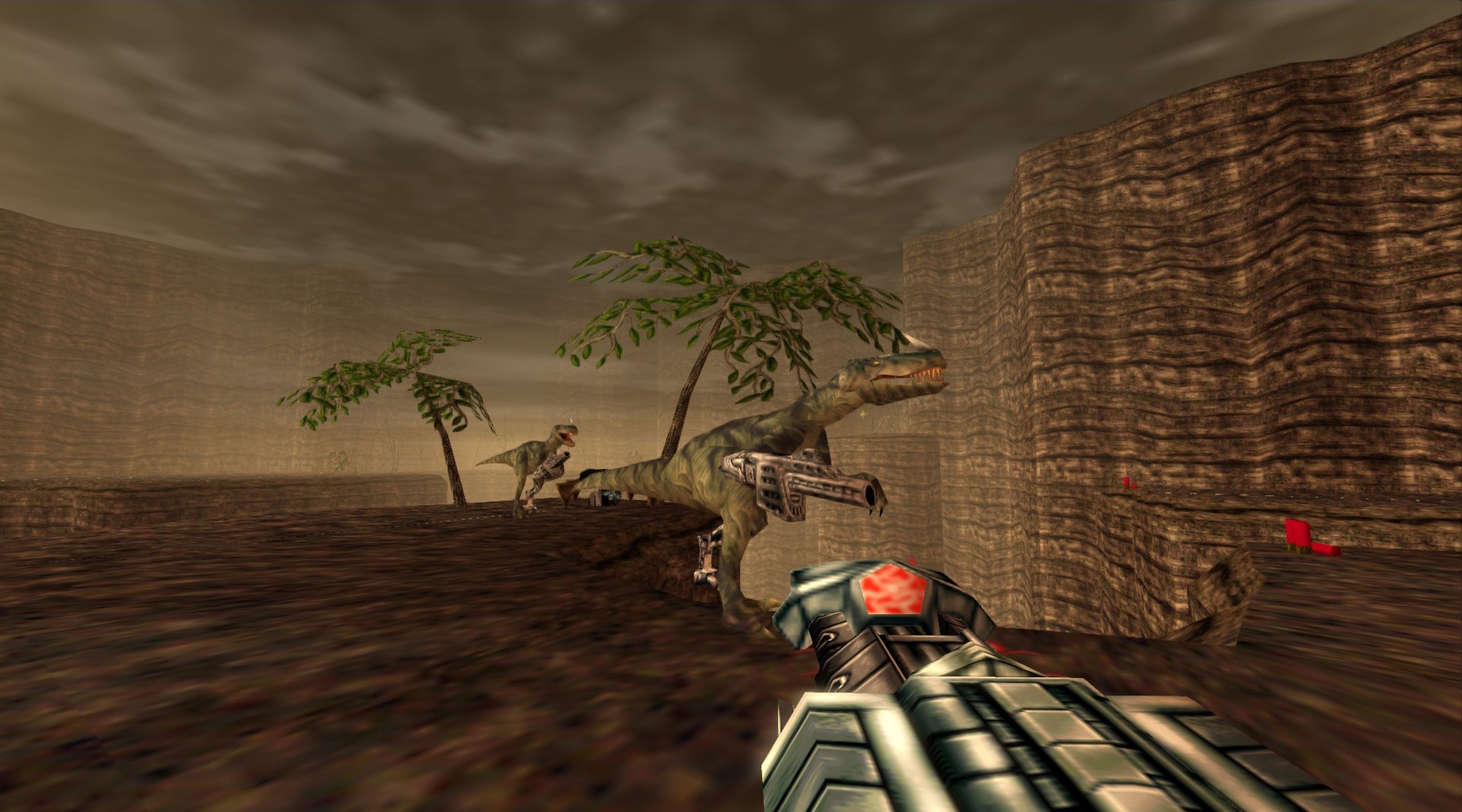 If you’ve never played Turok before, then you really missed out. I never considered it one of the stand out games of the nineties, but the graphics were great for the time and it was probably one of the most violent games ever released on a Nintendo system. That’s not really a selling point these days but back then it really had people talking, one of my favourite parts was when you shot a human enemy in the throat to be rewarded with a gory, over-the-top display where the blood spews out in a crimson fountain as the poor guy feebly clutches his neck to stem the flow. Sick, I know.

Well, it’s all still there and looking better and more disturbing than ever. In fact, although Turok: Dinosaur Hunter Remastered hasn’t been rebuilt totally from the ground up, pretty much everything I liked about Turok is better than ever: the controls feel natural, the platforming is a breeze and the exploration is much better now thanks to improved draw distances and a better field of view. The content of the game is quite weak when compared to modern efforts, but you have to remember that this is a game from 1997 that’s just been given the bare minimum of attention as far as HD remasters go. 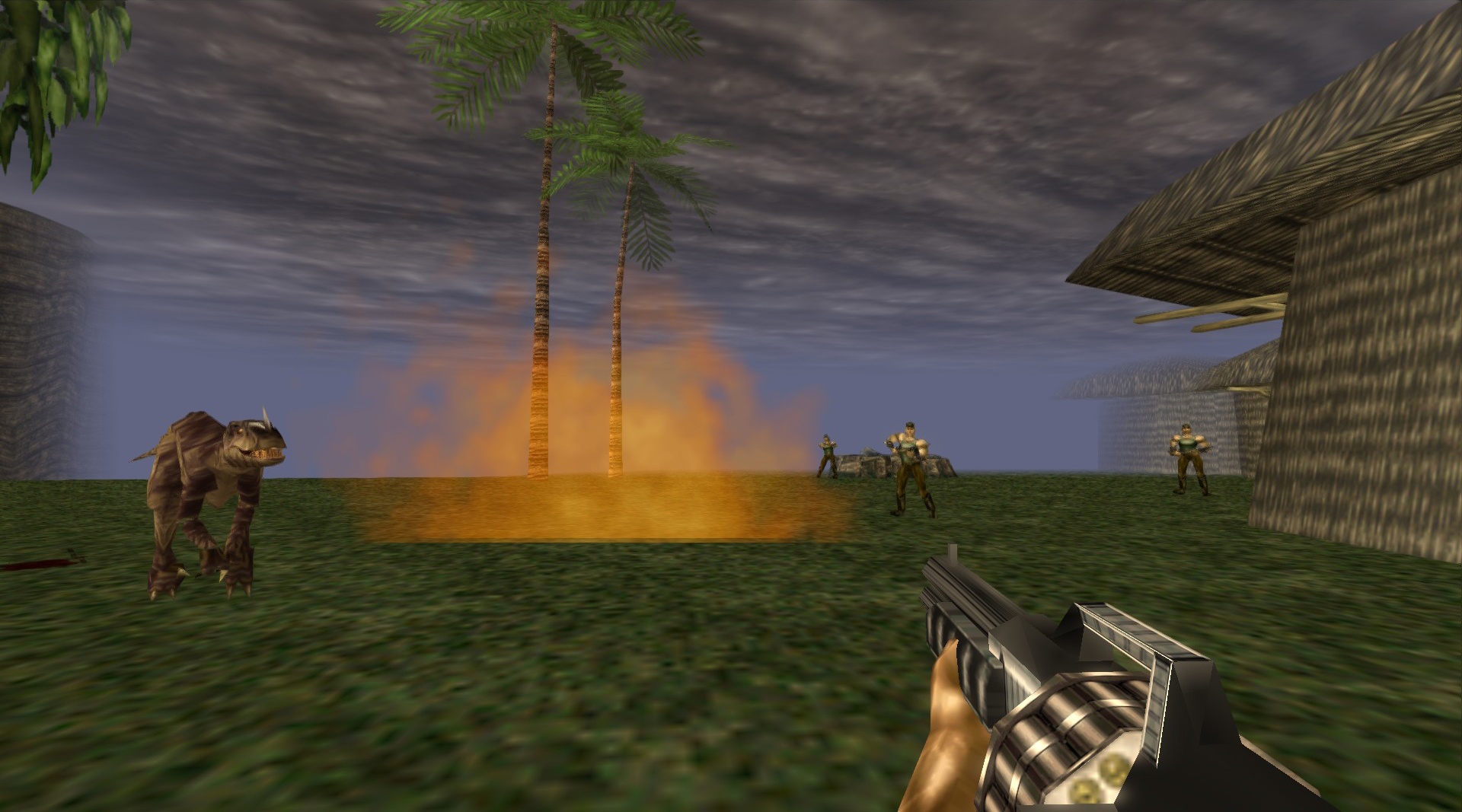 The improvements made by Night Dive Studios have had a few minor consequences however. The lack of fog, which was used on N64 hardware to hide the consoles limitations, turns enemies into sitting ducks as they can be picked off on the very edge of their line of sight. Also, the freedom and accuracy introduced with a keyboard/mouse scheme has transformed the once challenging FPS into a walk in the park for seasoned PC gamers.

Regardless of this, Turok: Dinosaur Hunter Remastered it’s an easy recommendation for nostalgic fans so long as they curb any lofty expectations of it being just as good as it was almost twenty years ago. Give this a try as a newcomer and you’ll be surprised to find a solid dino blasting relic that hasn’t quite defied the conventions of time, but is still fun nonetheless.