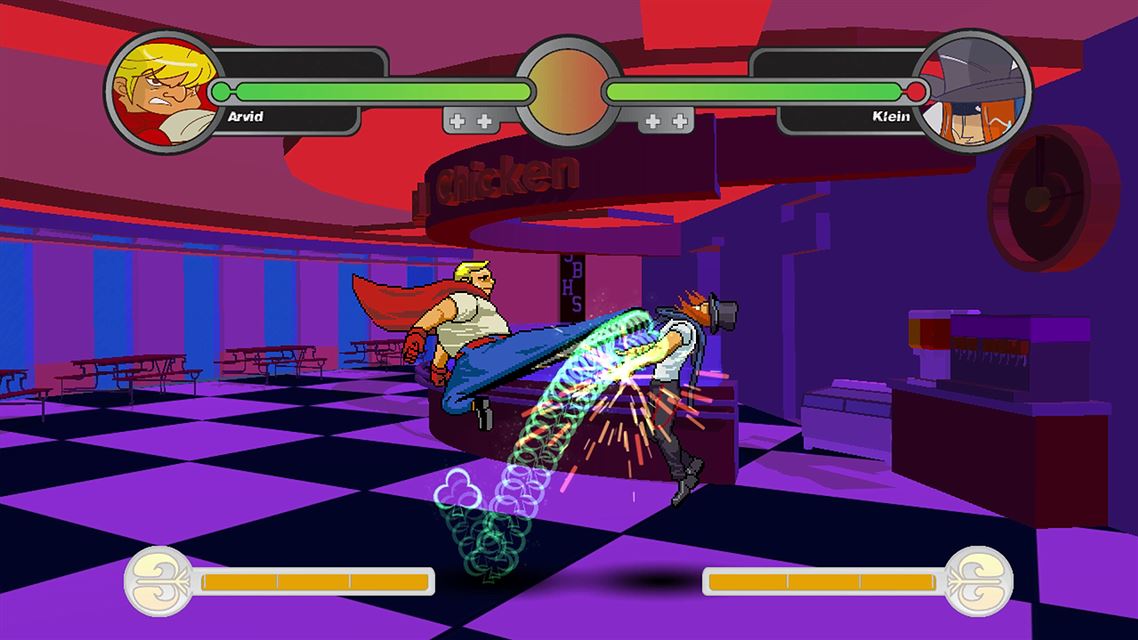 Welcome to San Bruno High, a school where gifted individuals and powered-up pupils can learn to control the elements and train to become the ultimate warrior. Unfortunately, even in a place like this, there’s no escaping high school politics and the battle for popularity has never been so dangerous. So when some of the students begin to lose their powers, others decide to use this shift in dynamics to their advantage in a plot to take over the school.

Developed by Mattrified Games, Battle High 2 A+ is a traditional 2D beat ‘em up clearly inspired by the likes of The King of Fighters, Rival Schools and of course, Street Fighter. Originally released as an Xbox Live Indie game back in 2013, this enhanced version features a few additions including a new character, some extra special moves, addressed balance issues and a slight upscale in graphics.

Taking you back to school for a lesson in old-school beat ‘em up action, you suddenly realise what the world was like before 3D graphics, bloody fatalities, online match-ups and character-swapping were all common features in a fighting game. The Manga-inspired cartoon graphics are what draw you in, and the unique look and feel of each character keeps you coming back for more. The simple school-themed backdrops and repetitive music isn’t enough to make you fall asleep in class and actually adds to the overall charm. Everything about Battle High 2 A+ is significantly retro, a style that compliments the old-school feel while feeling a little dated in the gameplay department. 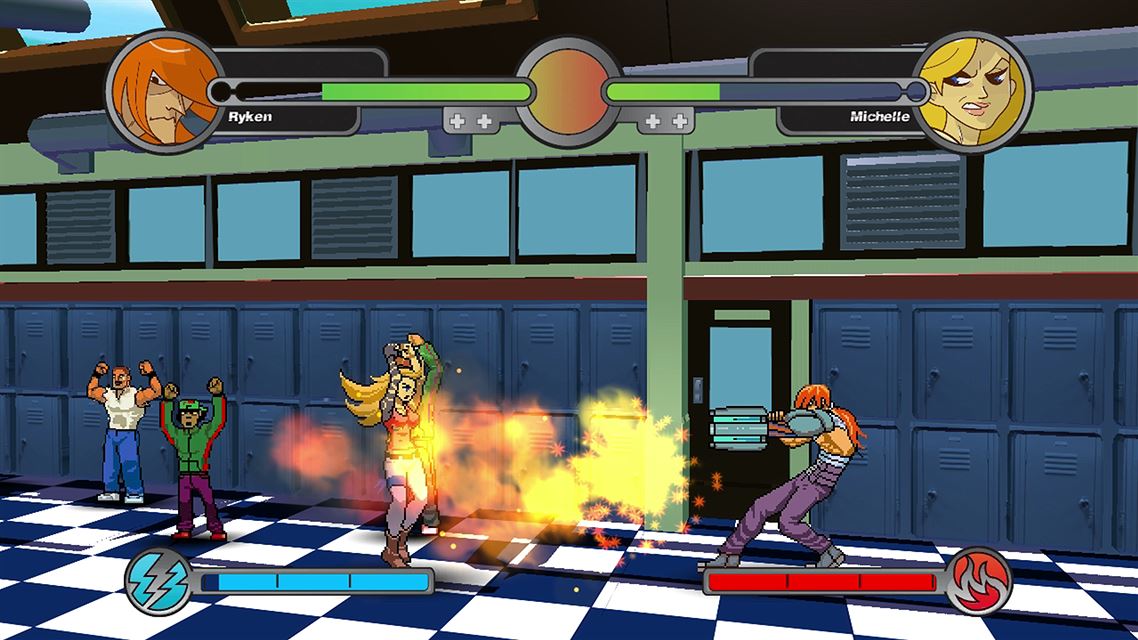 In every game mode available, it all boils to a one-one-one fight to the death. Anyone who has ever played an arcade fighter will immediately feel comfortable with the combination of punch and kick moves available, along with specially designated buttons for throws and overhead attacks. Where the game gets a little trickier is in the execution of each character’s inventory of special movies. Stringing together a combo of movements is a skill in itself so while experienced fighters will pull these off without any trouble, new challengers will struggle in frustration, button bashing ensuing in the process.

Of course, this is all part of the relatively straightforward learning curve that comes with the territory, but general unresponsiveness makes things a little more tricky. An overall lagginess hangs over character movement leading to unresponsive controls and attacks which at times don’t carry the same weight as what you see reflected on-screen. Some may see it as a faithful representation of the golden age of fighting games, but others will yearn for the fast-paced action of modern games, such as Mortal Kombat X or Street Fighter IV. 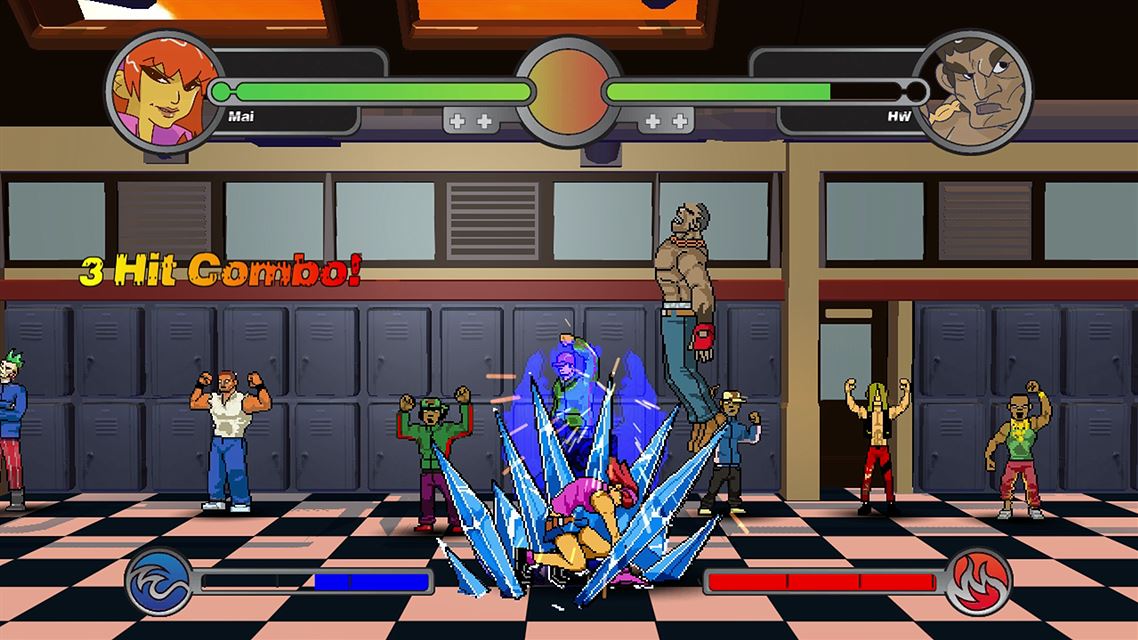 You’ll have fourteen characters to master across four game modes, although most of the blood will be spilled in the arcade mode. Offering a ladder-climbing, story revealing experience, you can potentially unlock the story of Battle High 2 piece by piece as you complete the mode with each fighter. Beyond that, there’s also a challenge mode sees players scoring points for completing combos and special attacks in order, and a training mode which gives you a place to hit the books. Finally, included as standard, there’s also a versus mode but this is local only so don’t expect to take the fight online any time soon.

Overall, Battle High A+ has a mixed report card. While it fully deserves a gold star for recreating the classic nineties beat ‘em up, it struggles to appreciate the fact that the genre has moved on in some ways and poor performance behind the scenes lead to some frustrating, but not totally off-putting gameplay faults. However, I’d wager that most people will have missed this the first time around on Xbox 360, so for the relatively minimal price that it’s being offered at makes it a perfectly good warm-up before Street Fighter V is released later this month.