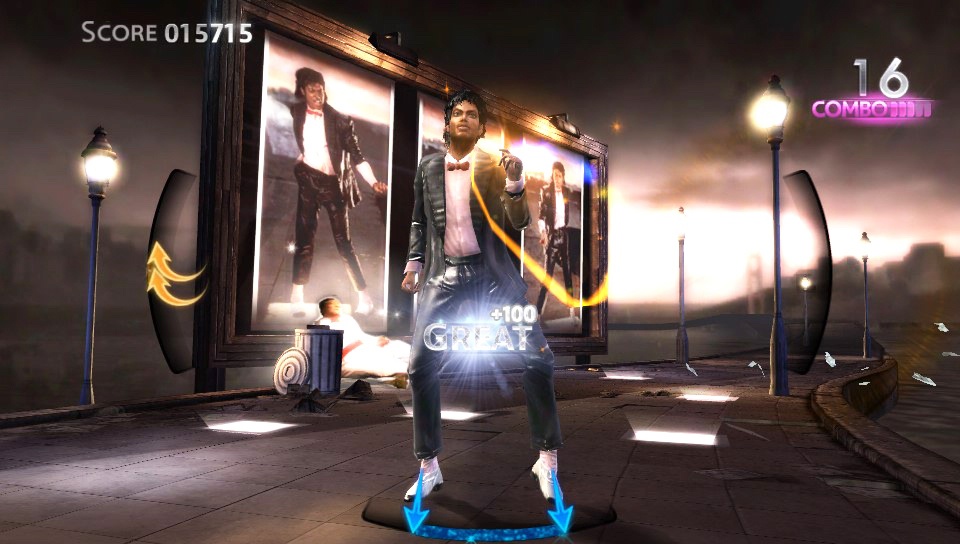 Cha’mone! Michael Jackson’s most successful period was a little before my time, but his music will live long in the memory. He was a true superstar and this was reflected in the world mourning we all experienced when he passed away. Some of you may remember the arcade cult hit Moonwalker whereby you would play as Michael Jackson and kick some bad guy ass through the medium of dance. With such a big name on a dance title a lot of fans will be disappointed if Michael Jackson: The Experience is nothing more than a regular dance title. 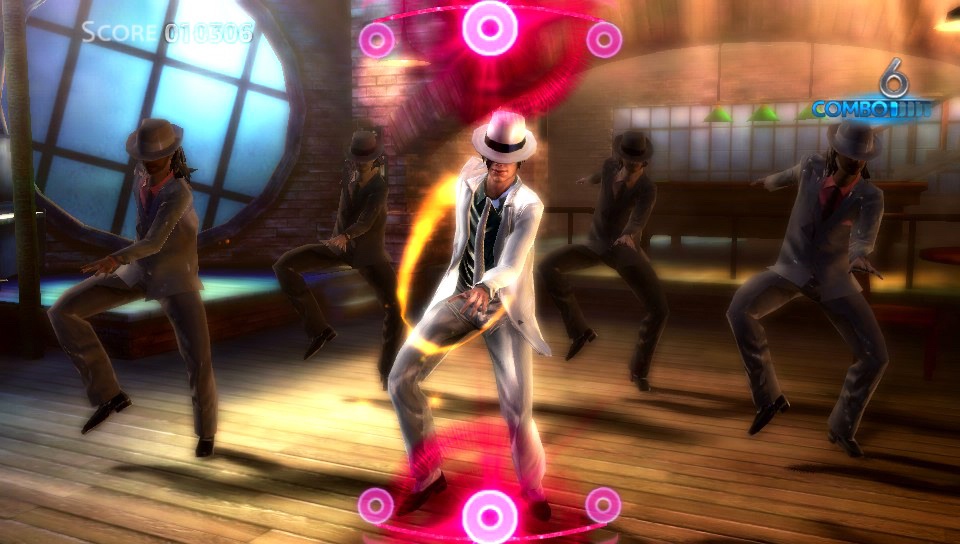 The routines are based on M.J.’s (a little less time consuming to type compared to Michael Jackson!) original choreography, which is a positive addition but the original choreography used the dancers entire body. You’ll find the whole process very frustrating because this is the Wii you are using, so the Wii Remote is the only limb as such that is registering points. No matter how hard you try to dance you may as well just put all the energy into the hand that is holding the Wii Remote. But even doing that won’t stop you becoming annoyed at the amount of times your moves don’t register!

Graphically, Michael Jackson: The Experience is less than average, which unfortunately affects a lot of dance/rhythm games. You’re treated to a faceless Michael who is supported by dancers whose attire is very basic. The only time anything sparkles on screen is when one of the gold moves are performed correctly, which is startling considering the huge shows and multi-million pound videos that Michael Jackson has taken part in. The music sounds great, which was always going to be the case, it’s just a shame there are no other noticeable sound effects. 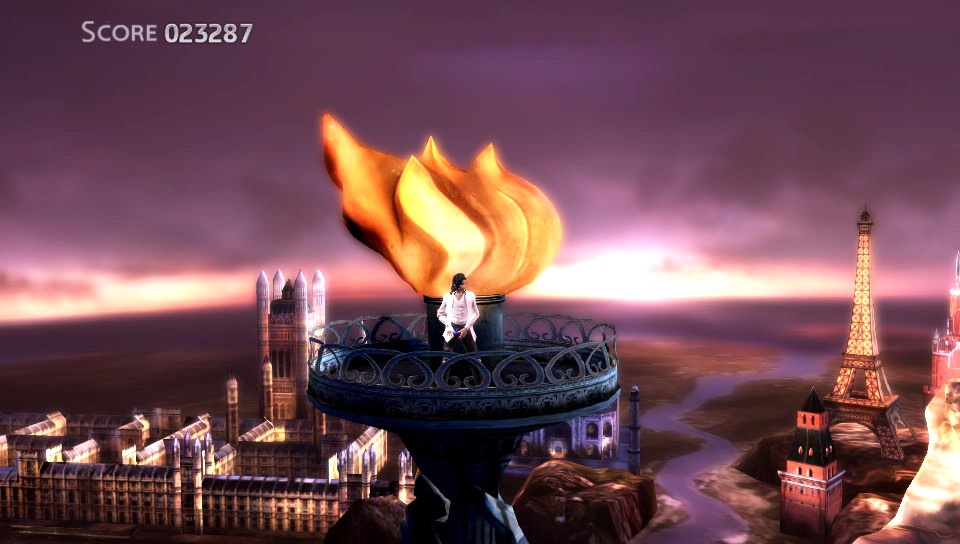 There is no progression in Michael Jackson: The Experience or any workable structure to speak of because all you can do is pick a song to dance to or choose to practice a routine. There are so many features Ubisoft could have implemented such as entering a dance-off competition against the best Michael Jackson dancers or maybe even some kind of rhythm-based story. You can unlock instructional tutorials which help you improve your dancing but they tend to be move-specific rather than a tutorial of an entire video. Multiplayer just multiplies the lack of fun, so even that feature is a non-starter.