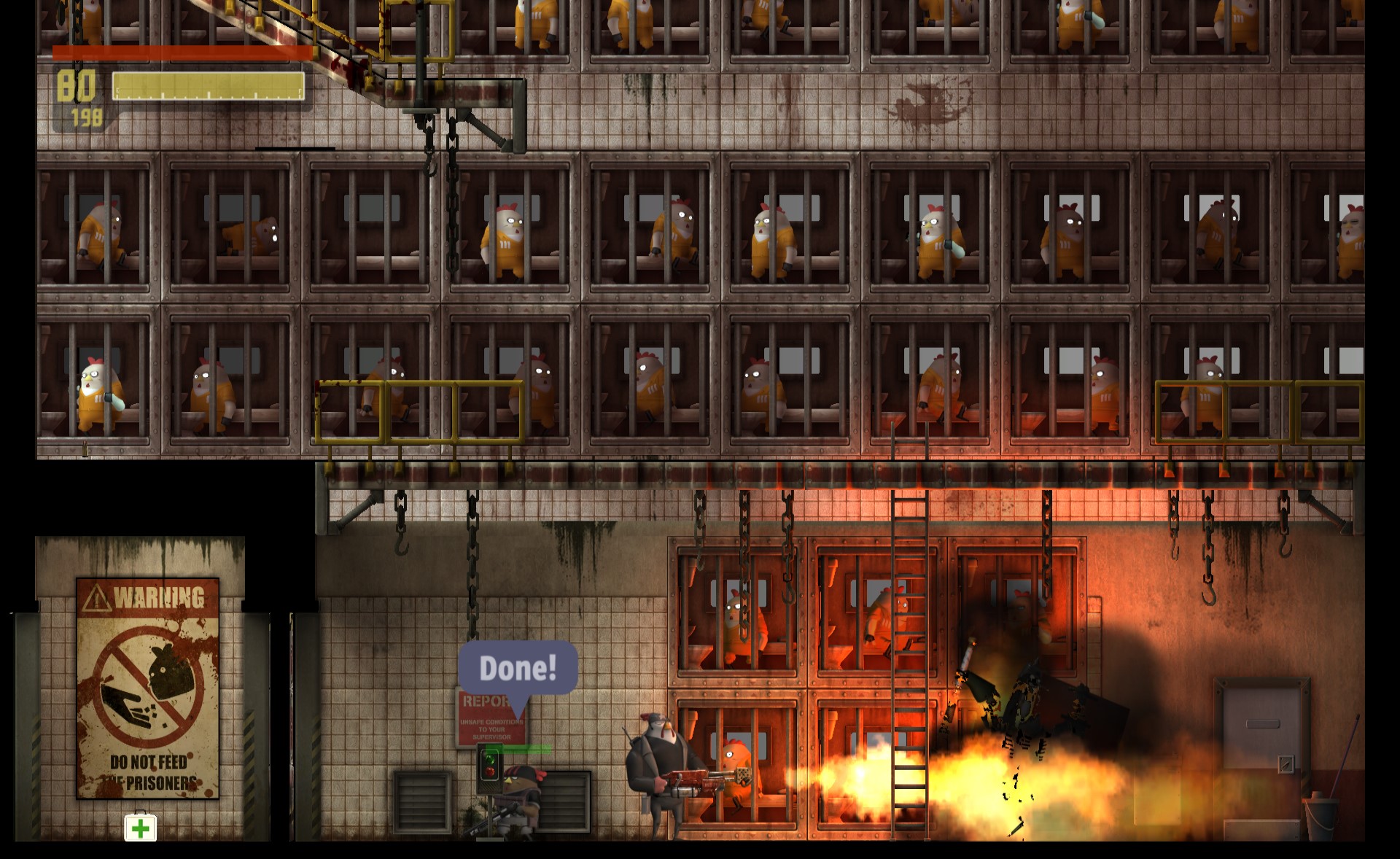 The original Rocketbirds had you playing as Hardboiled Chicken who’s given a mission to find and assassinate the penguin dictator Putzki to set free the population of Alatropolis. Unfortunately it appears Putzki has survived that initial attempt and that means Hardboiled Chicken must do it all over again, luckily we get to take part again courtesy of Rocketbirds 2: Evolution. This time Putzki and his dictatorship regime is stronger than ever. You as Hardboiled Chicken needs to uncover the plot and put an end to Putzki and his schemes! Also after the fall of Albatropolis General Puff and the Budgie Commandos have found themselves somewhere to set up to prepare for the final assault.

If you haven’t played Rocketbirds before then you’ll find Rocketbirds 2: Evolution is a side scrolling platformer where there’s a lot of bloodshed on offer as Hardboiled Chicken ruffles more than a few feathers and kills a lot and i mean a lot of fellow birds as part of his mission. Like a lot of indie platform games these days there’s also an element of puzzle solving to get to grips with which helps tax the grey matter and helps Rocketbirds 2: Evolution have a bit more substance to it. Hardboiled Chicken is the aviary version of Rambo so expect a lot of collateral damage. 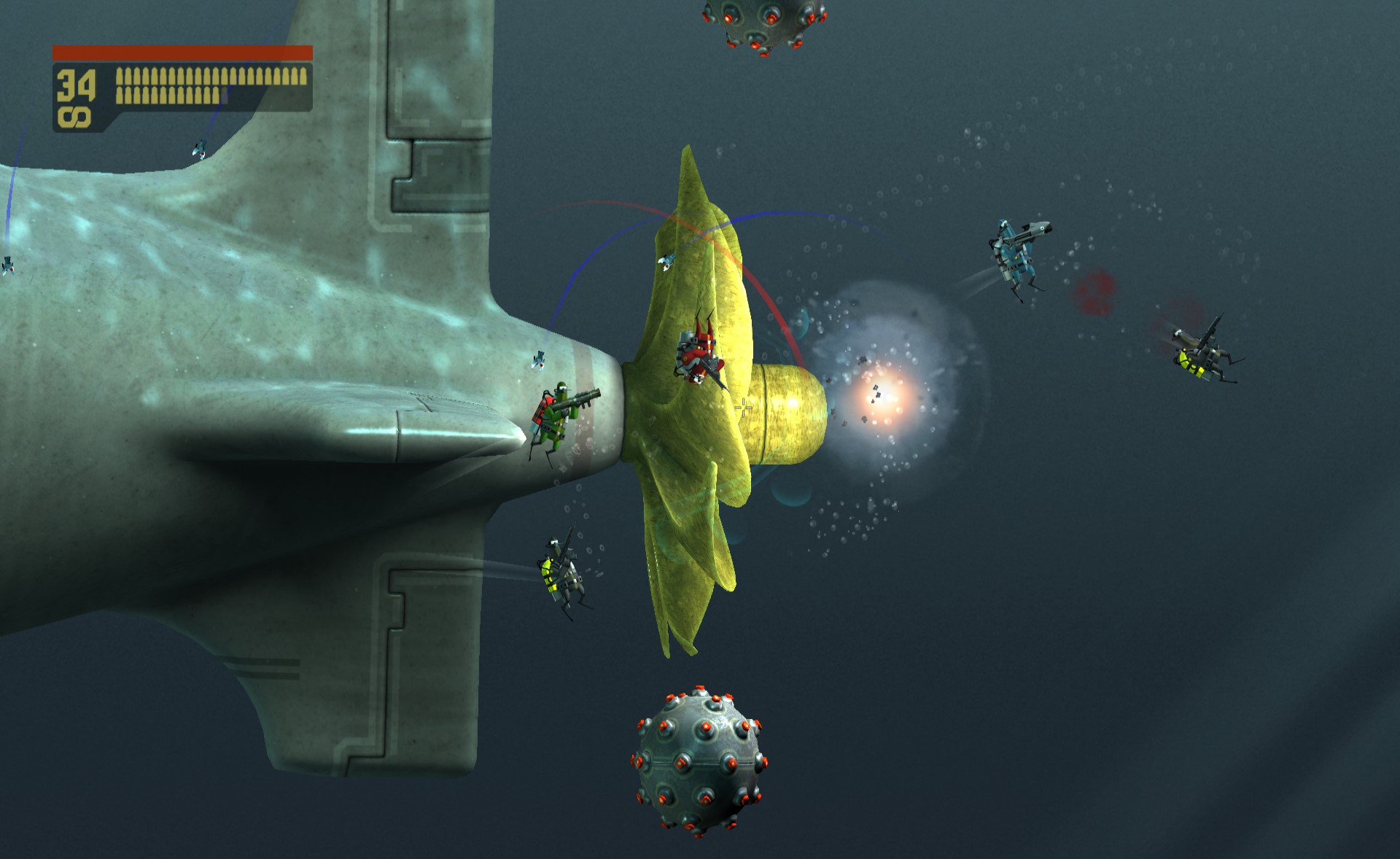 Rocketbirds 2: Evolution story is spread over chapters that range from an underwater setting to your standard enemy hideout that resembles an abandoned warehouse. With a game like Rocketbirds 2: Evolution which has simple mechanics what it needs to stand out is a plot containing witty dialogue which fortunately Rocketbirds 2: Evolution delivers in abundance. There are plenty of weapons to kill plenty of enemies including Space Owls, yes Space Owls. The soundtrack fits in well with the bloodshed whilst the screaming clucks of a downed foe never grates. Enemies are quite varied whether it’s your standard grunt with a machine gun, turrets or close range electrocuting bird.

A new mode called Rescue Me has up to four players go on rescue missions to free hostages, this can be done online or offline, players can drop in and out so that’s an excellent inclusion. During missions you’ll be able to uncover hidden items whilst the hostages you free can join your team and are customisable. 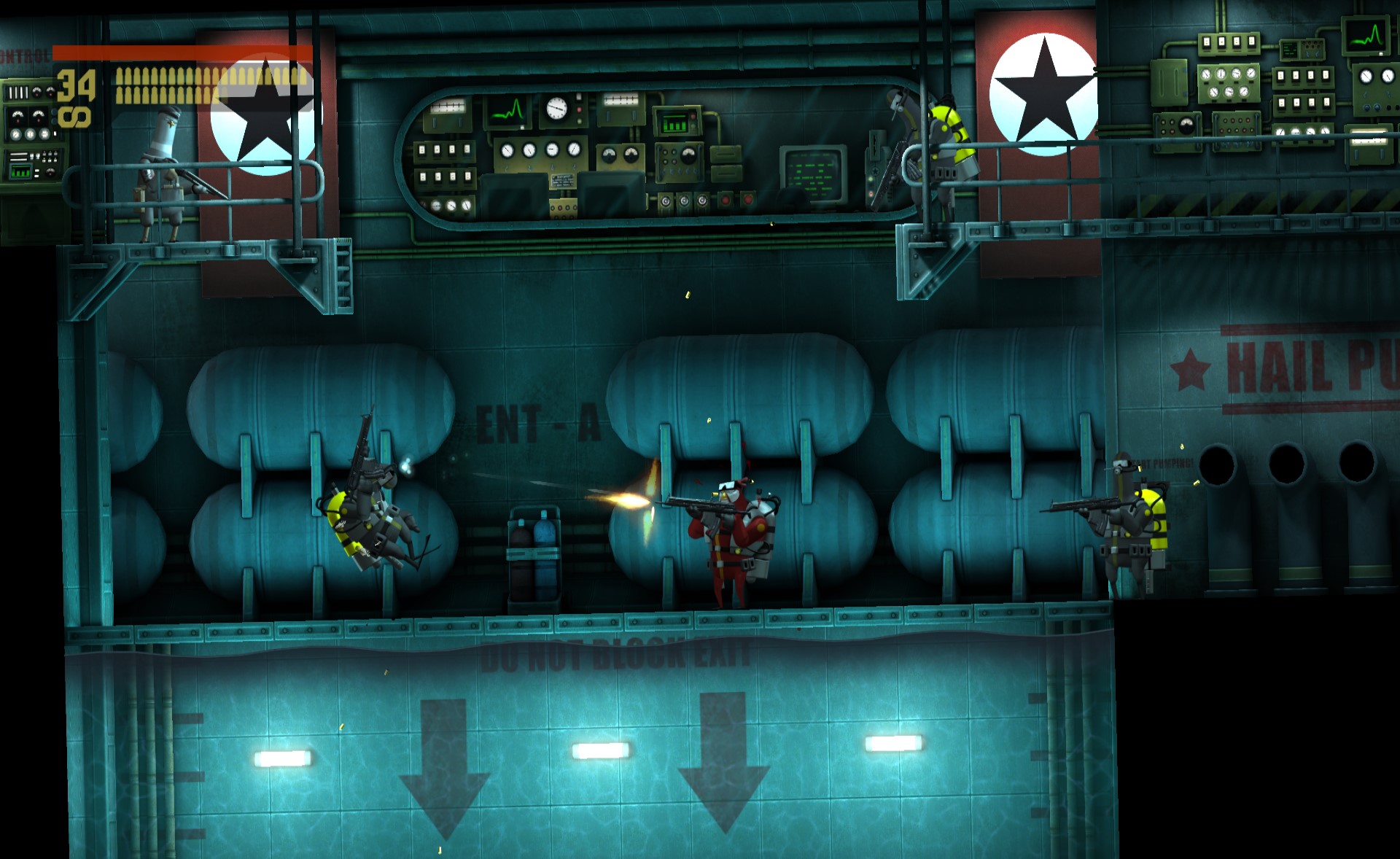 Rocketbirds 2: Evolution is a fairly straightforward game to play, you simply point and shoot. Sometimes the shooting can get a tad repetitive as there are occasions where you need to slowly edge your way forward so you can shoot an enemy on a higher platform, but you need to get it exactly right which isn’t the most intuitive of skills when you’re handling a machine gun. Whilst you may be able to implement much carnage to the forces of Putzki you need to keep on eye on your health as you may be confused about whose bullets are whose. With each weapon comes its limitations, the machine gun will cut birds to feathers but ammunition is used up quickly whereas the shotgun may be unlimited and powerful but you’ll be reloading every few seconds which is a perfect opportunity to get shot. The puzzling elements don’t require you to retrace your steps too much which is a good thing.

Rocketbirds 2: Evolution is a fun game to play and definitely worth your time especially if you played the first Rocketbirds. The new mode adds more depth and will have you going back for more which is something that you don’t usually find in a game like this. If you enjoy your eggs hard boiled and don’t mind making a mess then be prepared to wing it and lose a few hours to Rocketbirds 2: Evolution.