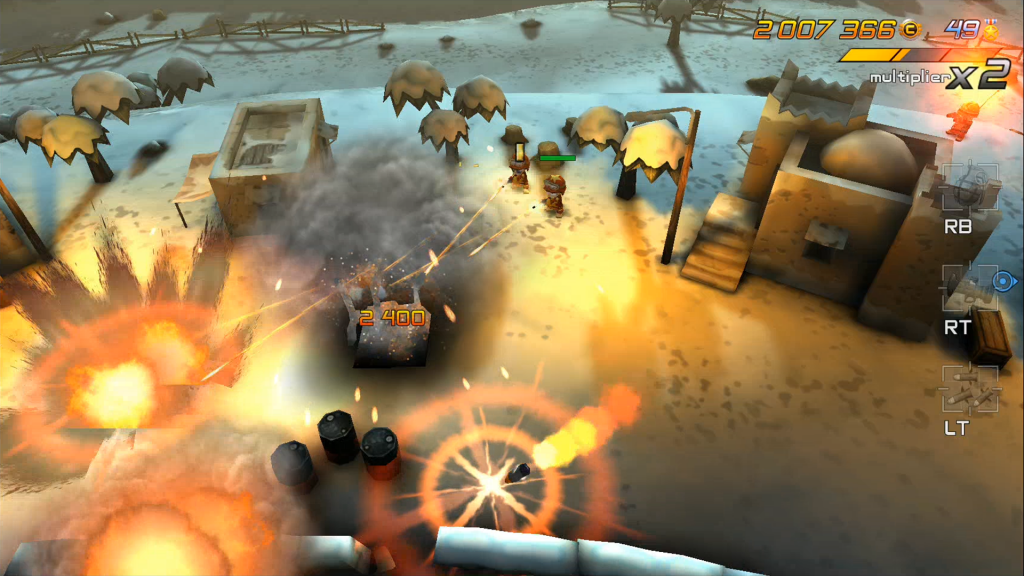 Remember Sensible Software’s, Cannon Fodder? It was an extremely enjoyable and surprisingly violent 16 bit military shooter with a dark sense of humour and a carefully crafted anti-war message. Kukouri Mobile Entertainment’s, Tiny Troopers: Joint Ops is just like it, only, y’know, without the sense of humour, effective violence or subtle political message. It’s also slower and lacking the finesse of Sensible Software’s cartoonish shooter. A bit rubbish then….Well, no, not really. It’s actually (despite its many shortcoming), kind of fun.

It’s certainly no great shakes, but as far as ported mobile phone games go, this is arguably one of the better ones to make it to home console. The presentation is run of the mill, the writing and voice acting (of which there is mercifully little), is excruciatingly bad and the character animation and design is forgettable at best and just plain horrible at worst, but despite these issues, the fundamental gameplay and mechanics are all solid and with a structure that encourages a one-more-go mentality while successfully building up a connection between you and your squad of soldiers, Tiny Troopers: Joint Ops proves itself to be an addictive and carefully crafted twin stick shooter. 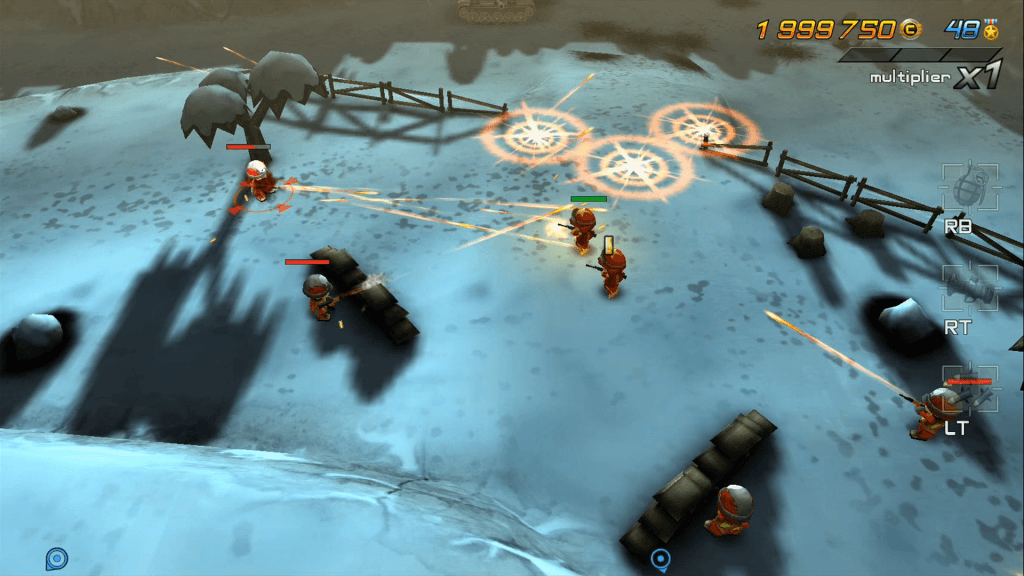 The fundamental twin stick gameplay isn’t likely to worry the likes of Geometry Wars of course, but it’s certainly solid enough, and thanks to its short, mobile friendly stages, never manages to outstay its welcome. With two games’ worth of campaigns and plenty of stages and difficulties to play through, Tiny Troopers certainly isn’t short of content, and with a decent, if somewhat repetitive, zombie mode also included, there is plenty here to keep gamers busy for quite some time.

Sadly, while there is no shortage of content, there is no getting around the fact that the objectives lack variety, and while there are a number of vehicular stages included, they do little to add any sense of noticeable diversity to proceedings. The escort missions do change things up to an extent, but for the most part, this is all about strafing and shooting.

What essentially keeps things interesting is the structure. Like Cannon Fodder before it, death to a soldier means, well, just that, death. Soldiers can be unlocked via medals that are collected throughout each stage, but losing men that you have levelled up throughout the campaign can actually feel like a pretty major loss. You can upgrade the starting level for newly recruited soldiers so that green horns don’t suck complete balls, but a new blood is rarely a fitting replacement for the battle hardened recently deceased. 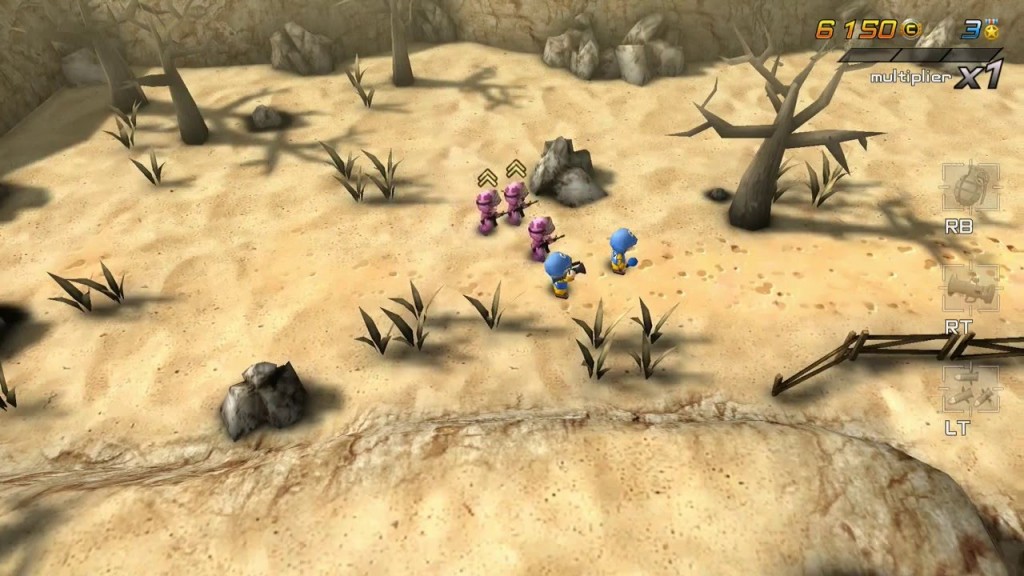 Outside of the general upgrade of existing soldiers, Tiny Troopers manages to keeps things ticking along thanks to its array or permanent upgrades. Be it increasingly accurate weaponry or more explosive ordinance, this simple but effecting upgrade system provides a solid reason to not only make your way through the two campaigns, but to go back and complete previously completed missions on higher difficulty settings.

Tiny Troopers: Joint Ops isn’t a great game, but it is a fun one, and despite its rather glaring mobile trappings, is home to gameplay and structure ultimately strong enough to overcome its underlying shortcomings. It’s far from being this generations’, Cannon Fodder, but Kukouri Mobile Entertainment’s humble military shooter is arguably better than it has any right to be.