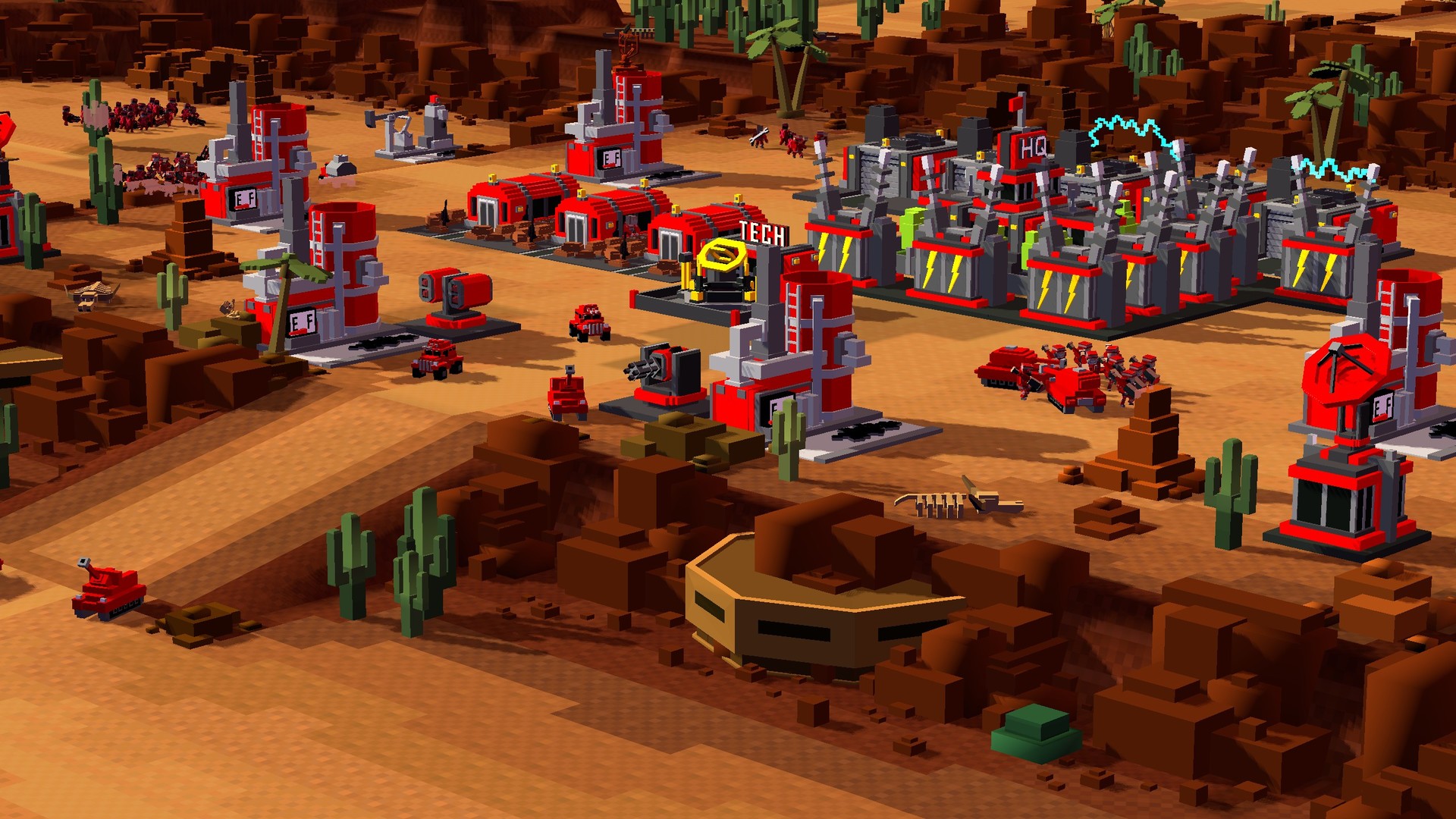 Not that I’m much of a chef, but sometimes in cooking the simple recipes are often the best tasting. If 8-Bit Armies were a recipe it would probably read something like this: Take a hearty sprig of Command and Conquer, add a dash of voxel-art and beat together furiously! In many ways 8-Bit Armies draws on the strengths of the Command and Conquer series, but spices things up a little with it’s chirpy and colourful voxel style. It’s not often we see pink blocky tanks in a modern warfare RTS now is it?

The most obvious drawing point for 8-Bit Armies is that graphical style I just mentioned. It’s loud and proud, yet in an unexpected way it suits the game and maybe even the RTS genre as a whole. Having a consistent style across the board works really well in modern RTS titles, especially in competitive gaming as can be seen in the likes of Starcraft 2. A stylised approach makes it easier for players to identify units, which is so useful when trying to plan counter manoeuvres. Coupled with the game’s electro-soundtrack the overall light-heartedness of 8-Bit Armies is a winner. I won’t say cute, but overall the aesthetic details are nicely drawn together.

8-Bit Armies boasts a healthy amount of content for players. A 25 mission campaign is supported by a 12 mission co-op mode and skirmish and multiplayer battles; the latter being made up of 3 modes across 10 maps. The maps tend to have that symmetrical Starcraft 2 style to them, with base areas allocated depending on the number of players in the game. One of my favourite things about 8-Bit Armies is the star system in the campaign. Each mission has three objectives, one primary and two bonus. Completing the primary objective moves the player on to the next mission, whilst the bonus objectives give you access to new units or buildings. Some bonus objectives even give you starting units/buildings, such as beginning the next mission with +5 armoured cars. This is especially important later on in the campaign, when that starting boost can be the difference between fending off a wave of enemies or capturing a resource point. 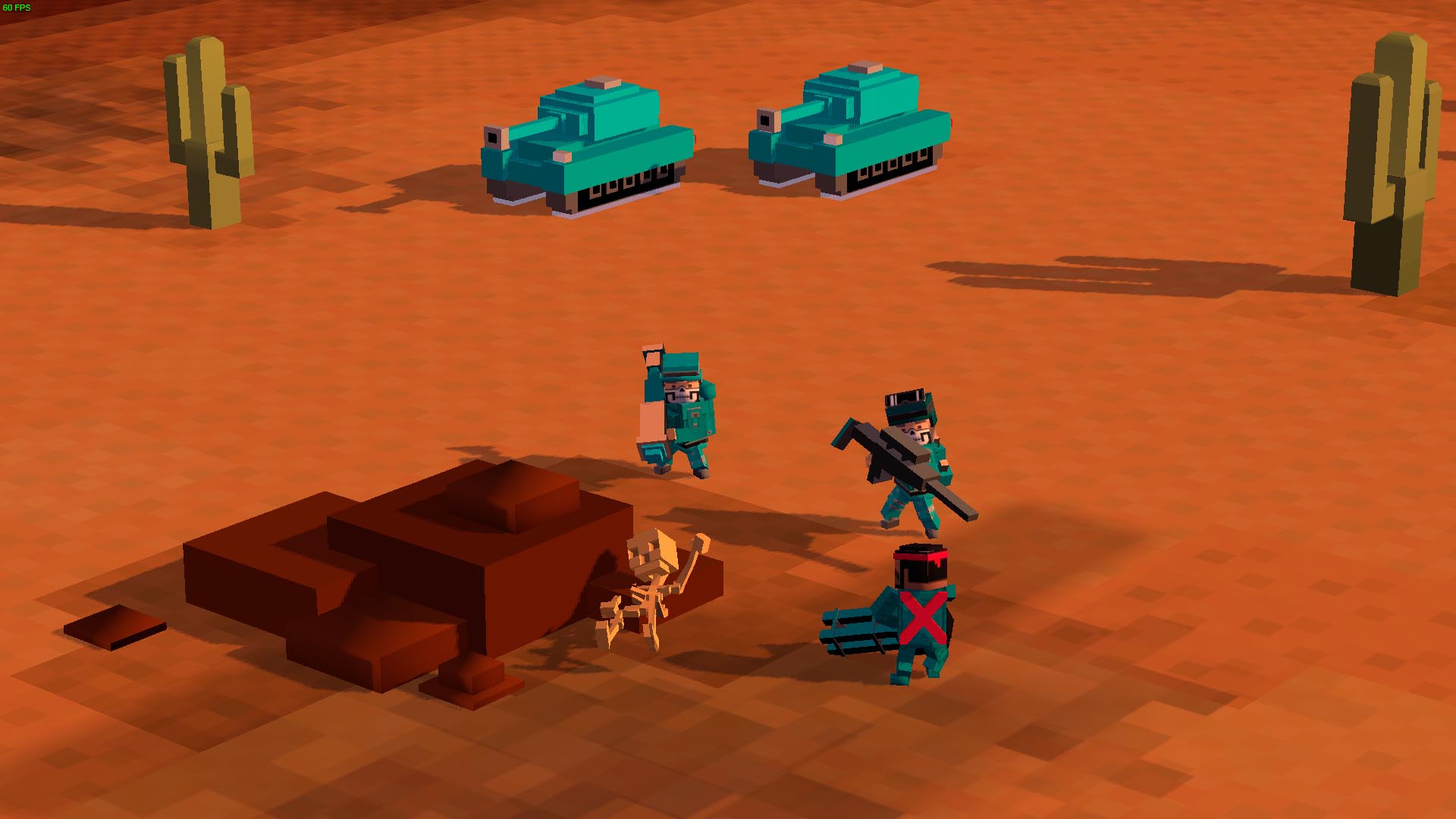 The AI is quite competent in 8-Bit Armies. RTS is my favourite genre of which I play a lot, yet I found myself floundering on ‘normal’ difficulty (embarrassing I know). Based on this alone I can see that skirmish mode will be where I spend most of my time – sharpening skills against the AI and then moving up to the next difficulty level. For those who don’t usually play RTS games or are just struggling a little like me, there is an in-game manual. The manual is useful as it contains game mechanic tips as well as demonstrative videos showcasing the mechanic.

8-Bit Armies contains a healthy mixture of units; your five-a-day if you will excuse the continued food references. Machine gunners, engineers, rocket troops are at your disposal as well as various armoured vehicles, aerial units and even a nuke. This brings me to a couple of negative points surrounding the game however. There are no separate factions in 8-Bit Armies, meaning everyone is tearing around the map with the same units. Whilst this doesn’t effect the overall gameplay, it would have been a nice touch to mix things up a bit with different styles for other factions. That said I noticed a voxel wizard on the menu and if you click him, you get a preview of a fantasy race battling against the current modern units in-game; hinting at possible future content.

The second sticking point with regards to units, is the fact that the counter mechanic is comparatively weak compared to strength in numbers. In RTS classics such as Age of Empires and Starcraft, the player has a counter for each and every unit. For example in AoE the pikeman counters the cavalry, the swordsman counters the pikeman, the cavalry counters the archers etc. In 8-Bit Armies despite claims that this kind of tactic can be used in-game, it’s effectiveness if far less apparent when you spam a load of tanks forward. In AoE and Starcraft it’s satisfying to know that you countered a horde of units with the right kind of soldier. It’s all part of the strategic toolbox at the player’s fingers, yet 8-Bit Armies falls a little short here.

Despite a tactical hiccup with the unit diversity, 8-Bit Armies has a great knack for getting the player to target certain structures in a skirmish. For example when raiding the enemy base you’ll want to knock out their power supply first so that their buildings fail to function at full capacity. After that you’ll want to take out their ability to produce resources by destroying refineries and harvester vehicles. Such mechanics give the player a thinking point as to where they will focus their army’s firepower. If 8-Bit Armies failed to do this then it would be a very flat strategy title indeed. 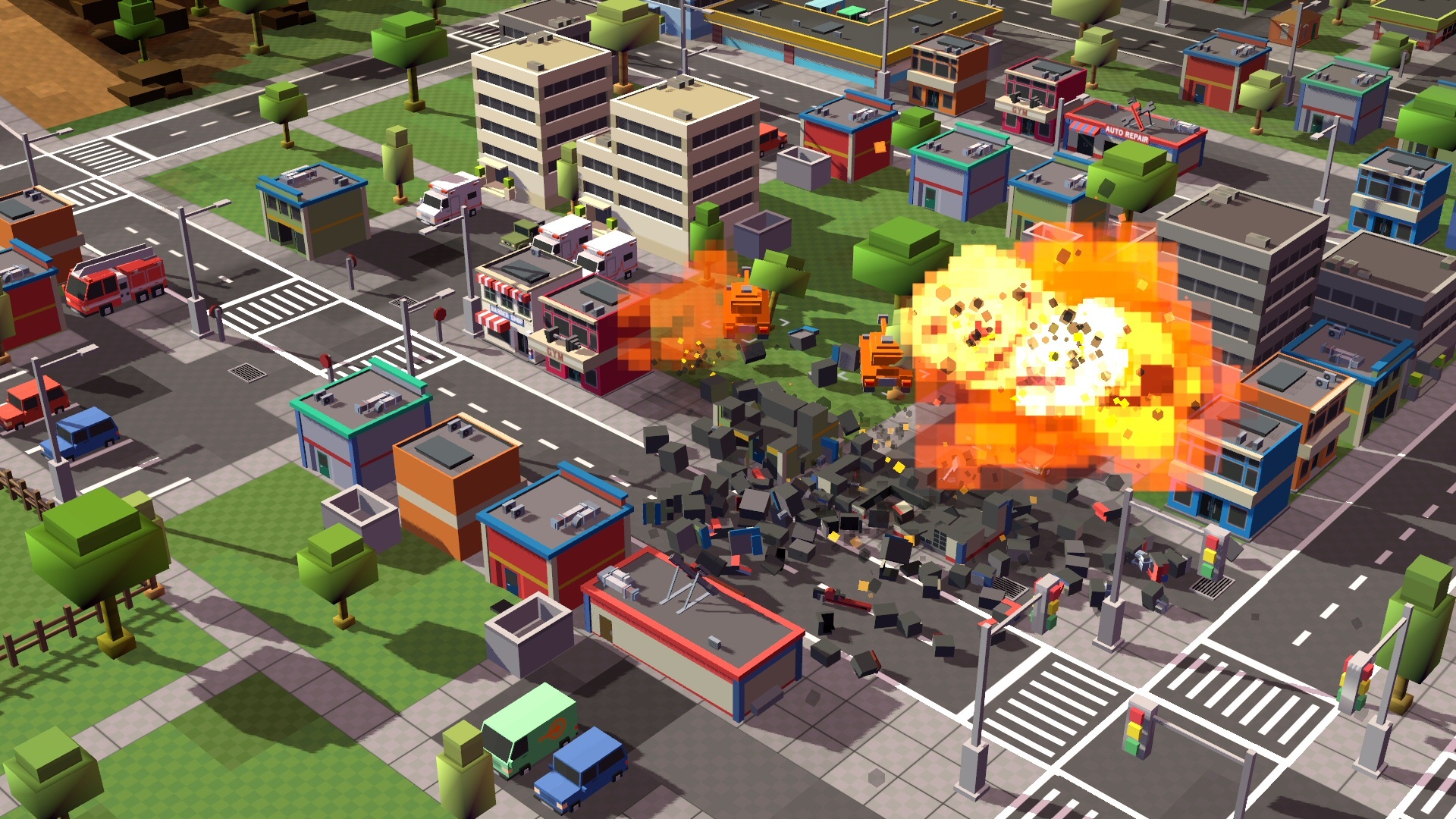 A nice touch with regards to base-building is the player’s ability to stack buildings together. In doing this you can maximise the speed boost for creating units – allowing the player to pump out more units in a shorter period of time. This in turn forces you to think about building placement right from the word go, as a badly placed refinery could cause headaches in the late-game.

It is a shame to see that at the time of playing, there are very few online games of 8-Bit Armies. On counting I managed to get up to 2 online games (*claps furiously at counting ability*). While I waited I searched for New bingo sites 2016 and tried my hand at bingo. Anyway back to the game, it has had over 500 reviews on Steam, so there must be some players out there who want to skirmish online surely? The campaign is fun and skirmish is great for replayability, but I’m not sure that beyond the challenging AI there is much else to do once the story is finished; especially if the multiplayer side of things doesn’t pick up.

Despite the lack of unit diversity and disappointing multiplayer situation, 8-Bit Armies is a tremendously fun explosive bundle of radiant voxels. It is fast and easy to pick up without having to learn too much. Some modern RTS games alienate players with steep learning curves, but 8-Bit Armies eases players in with a progressively challenging campaign. Commanding large armies is entertaining and tactical targeting of enemy supplies makes for the development of interesting scenarios as you vie for control of resources over the enemy. I’m not sure how much replayability the player gets overall especially with big-budget titles like Starcraft 2 and Ashes of The Singularity out there, but for £10.99 it’s definitely worth checking out 8-Bit Armies.