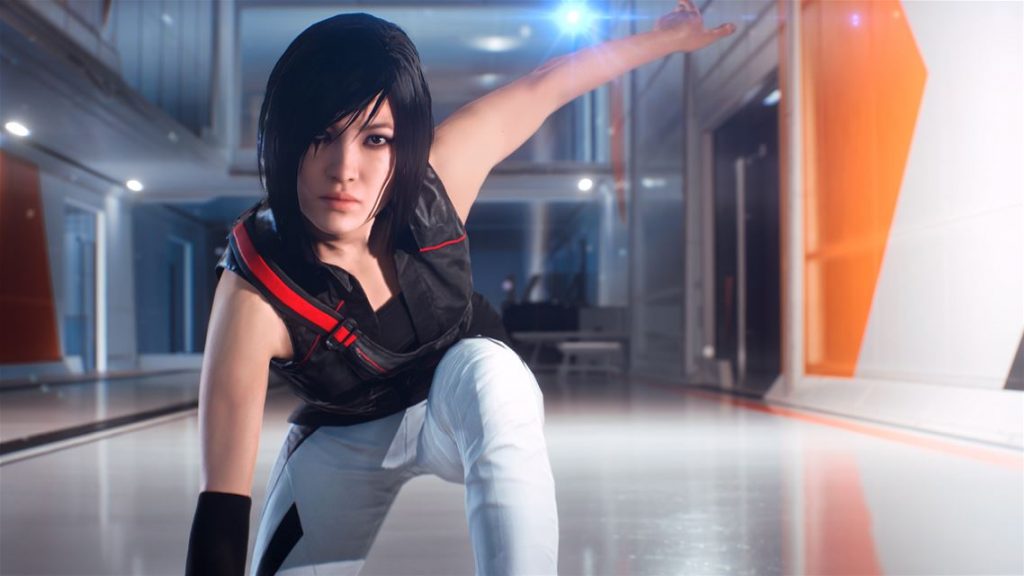 For most people running is supposed to release endorphins that make people happy and relieve stress, but for Faith Connors and her friends they don’t seem to take any joy out of being off-the-grid mailmen in Mirror’s edge catalyst’s big brother-ruled future. It pains me to say it, but i didn’t exactly find myself having too much fun as I had hoped either. Catalyst is hardly a bad game thanks to the strength of it’s still refreshing first-person parkour movement system, but everything else about it is uninspiring.

Local motion in Mirror’s edge catalyst is still feels refreshing and empowering ever as it once was in 2008 with our viewpoint firmly fixed inside Faith’s skull giving use the full control and view of every wall run, jump, skill roll, and much more. That perspective still makes the game a thrill. With the new grappling hook added to the equation that you pick up through the game sells the idea that Faith can traverse a city as easily as you can tie your shoe.

Unlike the original Mirror’s edge, Catalyst’s version of the gleaming white city of glass is an open world which gives you some advantages. First it lets you challenge yourself to put together epic length perfect runs that could span throughout the city. In fact, a built-in tool lets you very easily put together your own time trials that will automatically show up as optional events on your friend’s game. A few side missions that you encounter are fetch quest that is useful for building xp which little by little will allow you to unlock more traversal moves to enhance your running, landing, and climbing much smoother to get you in and out of situations, combat abilities to boost your damage rate when taking verious enemies, or even adding a few kinks and gadgets to Faith’s take it or leave it gear. Other missions such as billboard hacking, and messenger bag retrievals are quite enjoyably challenging parkour puzzles all on their own. And when you enviably miss a prosiest jump checkpoints are mercifully forgiving, and reload times are fairly speedy which makes failing easier to handle and reckless experimentation much more fun. 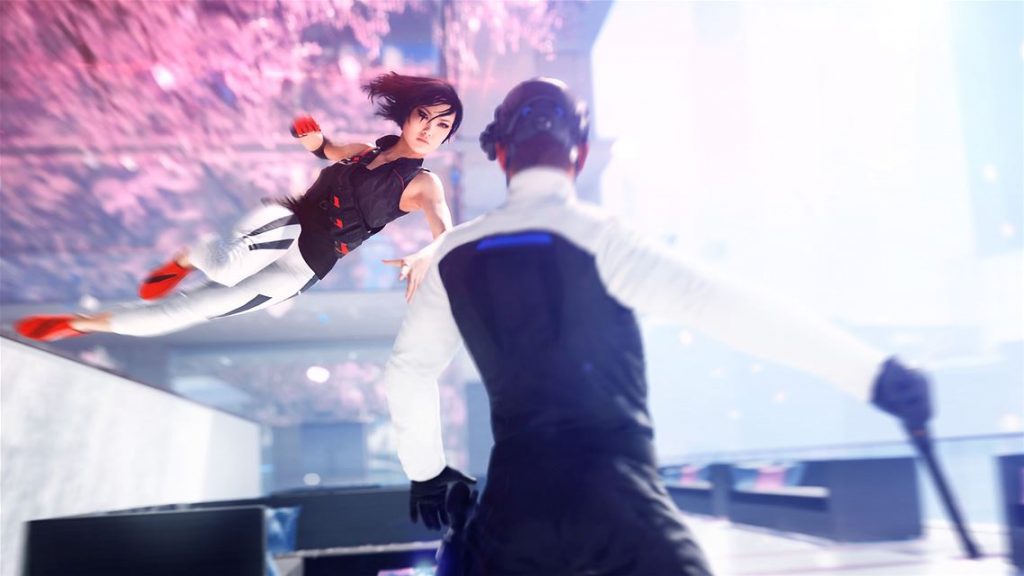 Combat in Catalyst has also had some changes since the first Mirror’s edge, and it’s more of a [hit and miss] system. Punches and kicks can be maneuvered in various directions that allow you kick your enemies along side the head like Holly Holms knocking out Ronda Rousey, and attacking enemies head on with a parkour move enhances your attacks even more. However, when you’re not running combat can seem a bit awkward and clumsy. If that does happen, which it more than likely will, you can easily take on your enemies toe-to-toe by alternating various kicks. Particularly off rooftop edges, or railings where they dramatically throw themselves off like they were extras off a war movie parody.

Since Mirror’s edge moved to an open world the change does however come at cost. It concentrates on high frame rate, but texture unfortunately struggles in the process, especially on the console versions. It makes Catalyst seem bland and unpolished rather than the primary colors of the original. They are still on display here, but they just seem disorganized. For PC players, its highly recommended that you play with your higher input method of choice. 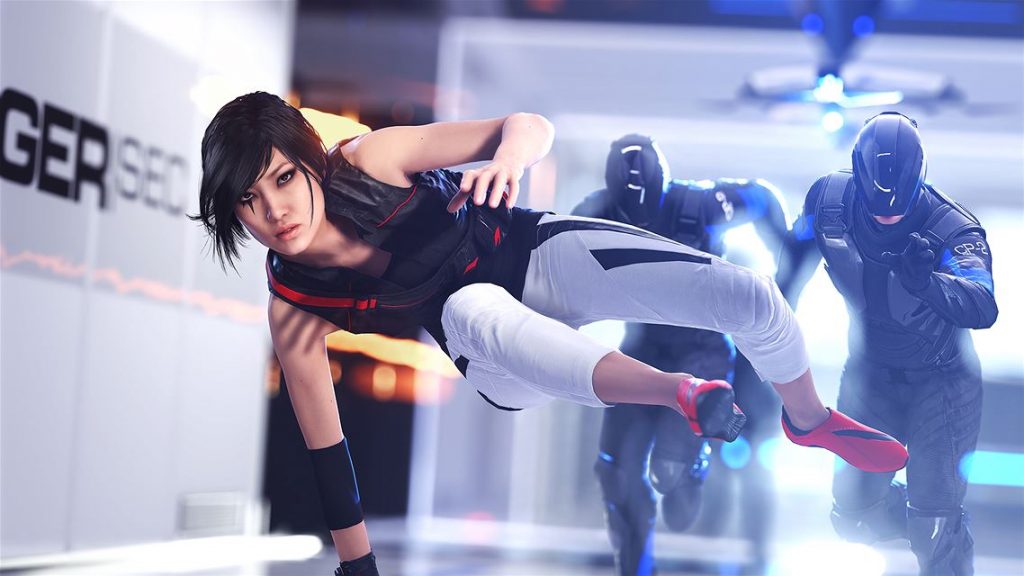 As for gameplay, Catalyst is filled with an endless supply of side quest which means there’s never an excuse that you never have anything to do, but they mostly just involve you going from point “A” to point “B” which can be a bit of a drag at times. Even the joy of Mirror’s edge’s parkour movement can take in this amount of shameless repetition for too long, especially when it’s in a city as dull and deprived of unique and interesting landmarks like this one. Collectables on the other hand are hidden in such a way that you’re pretty much forced to stop in tracks to retrieve them which disrupts the central design principle Catalyst was built upon. Searching for them is not the best option when you’re spending time on this game.

The stables of Mirror’s edge still remain as unique and refreshing in the first-person genre in 2016. Catalyst’s attempt to keep up with the open world styled system doesn’t seem to compliment the game to its designed strength of movement and momentum. On top of that, foggy looking console versions, a not so interesting storyline with characters that aren’t exactly likeable to begin with, and an ending that feels cut short and could have ended better unfortunately leads Mirror’s edges return to fall on the short end of the stick. With all the hype of last years news that this game was being made, I was sadly disappointed in how it turned out in the end.