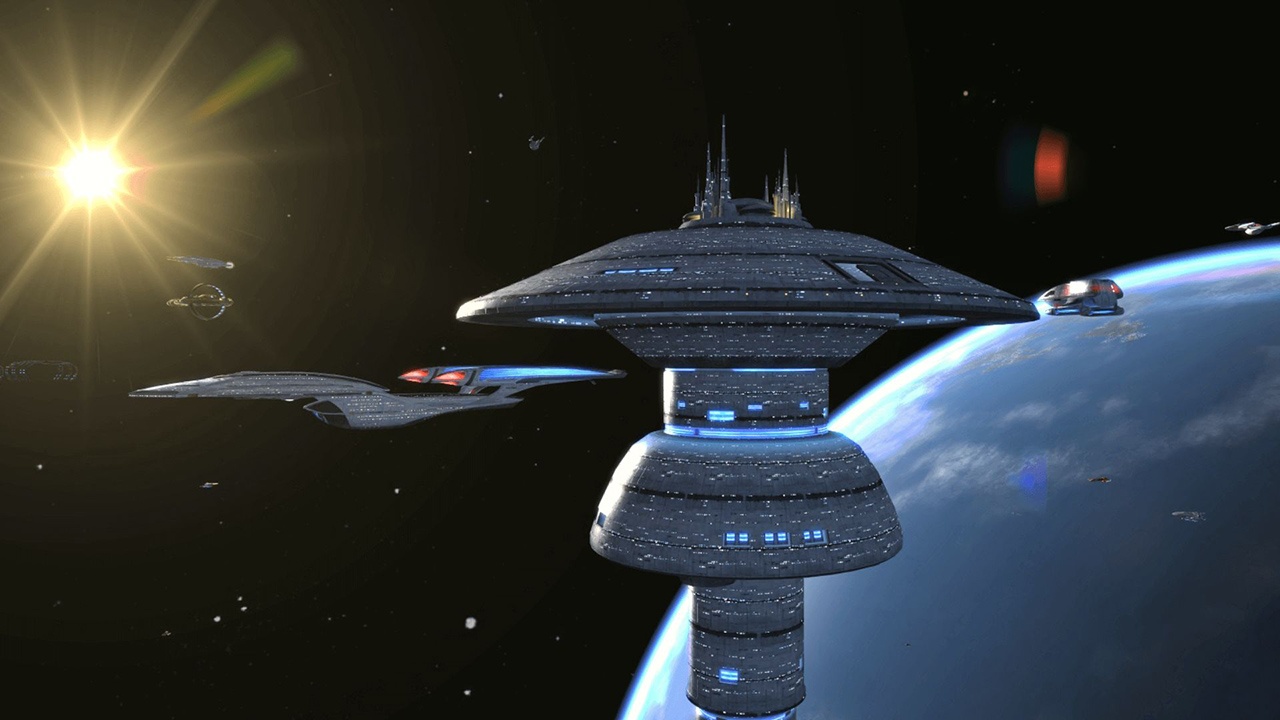 I’m a big fan of the Star Trek series, but for all of the vast lore and big budget movies, there have been relatively few decent Star Trek video games over the years. Star Trek Online is the first of these to grace the Xbox One, offering both ship and ground based sequences that feature a mix of navigation (or exploration) and combat. The game is free-to-play, which means that at the very least, you can play it for as long as you like to determine if it is likely to be for you. As always with games of this kind, there are microtransactions, but you don’t need to partake in them to succeed or progress.

I’m not absolutely convinced that Star Trek Online does a much better job of presenting a Star Trek game than many of the previous iterations, but it does make an excellent case for having the best use of the license I’ve seen. Fans of the Next Generation, Enterprise, Deep Space Nine and Voyager will all recognise characters from their favourite series, and many of them are voiced but the original actors to add even more authenticity. The look of the planets, cities and ships is all very authentic as well, with nary a single thing looking out of place, aside from the fact that the aging graphics do little to justify current generation hardware. 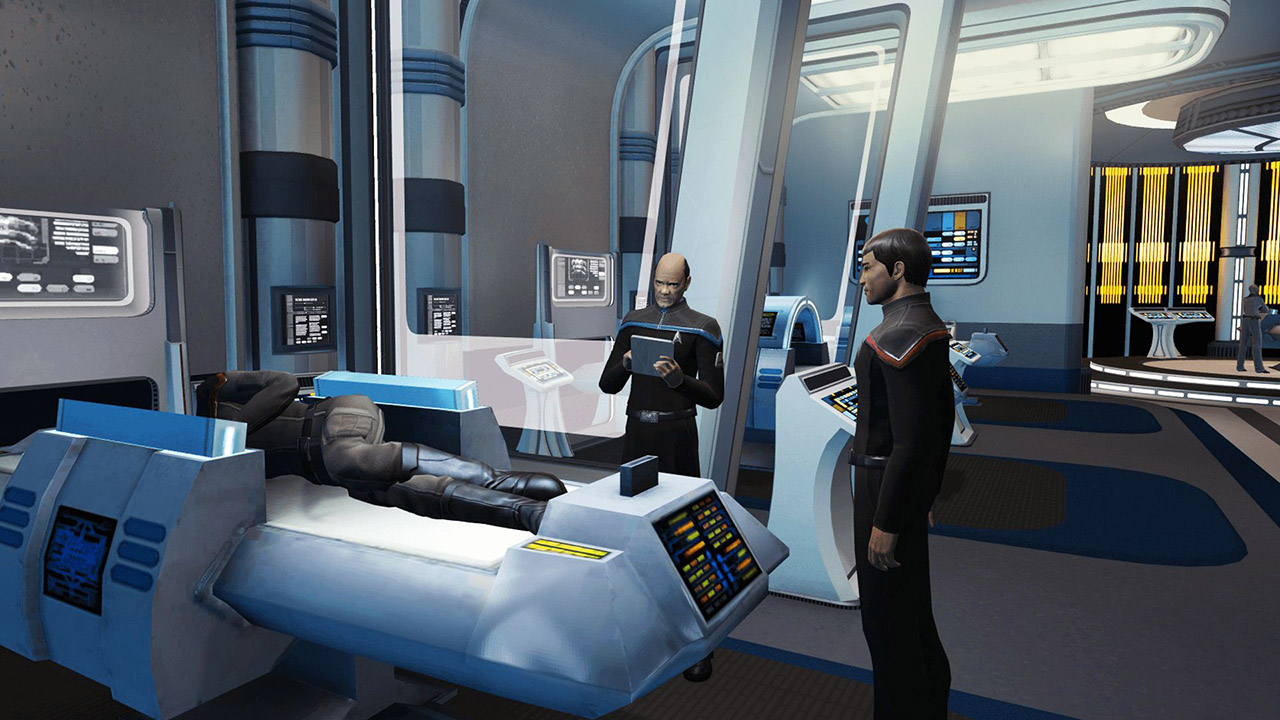 This excellent use of the license is undoubtedly Star Trek Online’s standout feature, and no matter what the game, I never tire of seeing familiar characters, races, ships and planets being included. The approach that Star Trek Online takes is to allow players to choose from any number of races and classes across three major story arcs belonging to The Federation, the Klingon Empire or the Romulan Republic. Each campaign is well featured, with an unexpectedly heavy focus on delivering a compelling storyline. Each has unique (albeit interlinked) stories to play through, and each faction is true to what you would expect – for example the Klingon Empire are a bloodthirsty lot!

Unfortunately, one issue that Star Trek Online faces is that it has access to this fantastic license, but it is limited by the age and kind of game that it is. First released in 2010, Star Trek Online is a classic online role playing game that lacks the dynamic matchmaking and mission structure of more modern games such as Destiny, for example. It also caries the crutch of having to offer something to both solo players and larger parties, which is always a considerable challenge.

Another positive for me is the inclusion of such diverse gameplay styles. The space based combat is undoubtedly the most enjoyable aspect in terms of actual gaming fun, but I also enjoyed the exploring and interaction on the ground, even though I found the third person gunplay to be pretty dismal. When in space, the player has access to various upgradeable ships that can also be crewed by members that each add their own buffs of skills. The players themselves are able to add new abilities to the ships arsenal that further empower them, and later in the game this can result in quite deep tactical play. The third person away team missions are considerably lacking by comparison, with appalling shooting mechanics and worse melee combat. Thankfully, they are rarely too long or drawn out to be that big a nuisance, but in isolation, they add little. 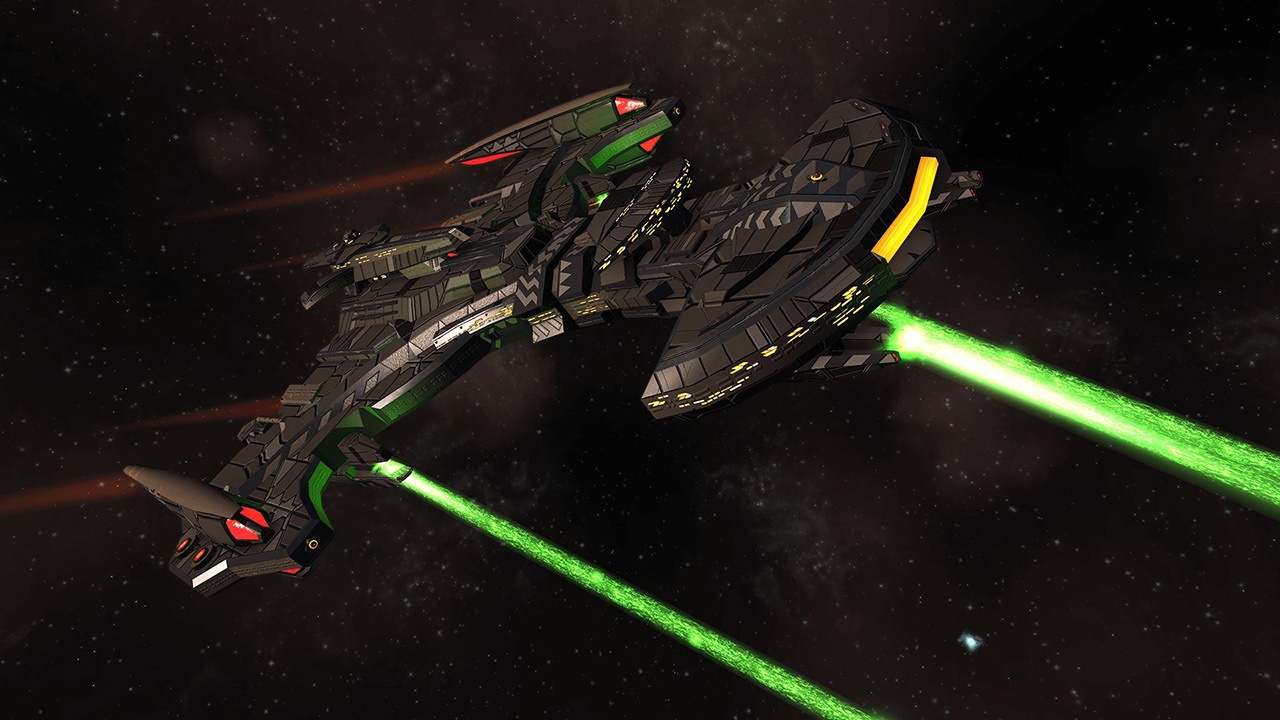 On this note, most of the away team missions are incredibly boring and on some occasions, broken. An early Klingon mission has the player searching a maximum security prison for an escaped Federation spy. When all hell inevitably breaks loose, the player receives a sub objective to “subdue rioting prisoners” which loosely translated into the game means, execute everyone, no matter what they are doing. Many prisoners seemed to be standing around doing nothing, but the game still considered them to be rioting, until they were dead, obviously. There are an awful lot of missions that focus on collecting stuff, or scanning stuff, then telling someone else about it. The only joy comes when you have to fly from one planet to another in between, as there is always a chance then for some fun stuff whilst in flight.

In conclusion, Star Trek Online is tough to score, because in some ways, it isn’t bad; it has fun, potentially tactical in-flight combat, and a fantastic use of the license. On the down side though, it is incredibly dated and clunky, with third person shooting sections that are simply unacceptable by modern standards. There are lots of other minor issues – mission structure, confusing long distance travel, dated graphics and so on. If you are a genuine Trekkie though, none of that will matter, because this game is free, and it’s nowhere near bad enough to write off completely.