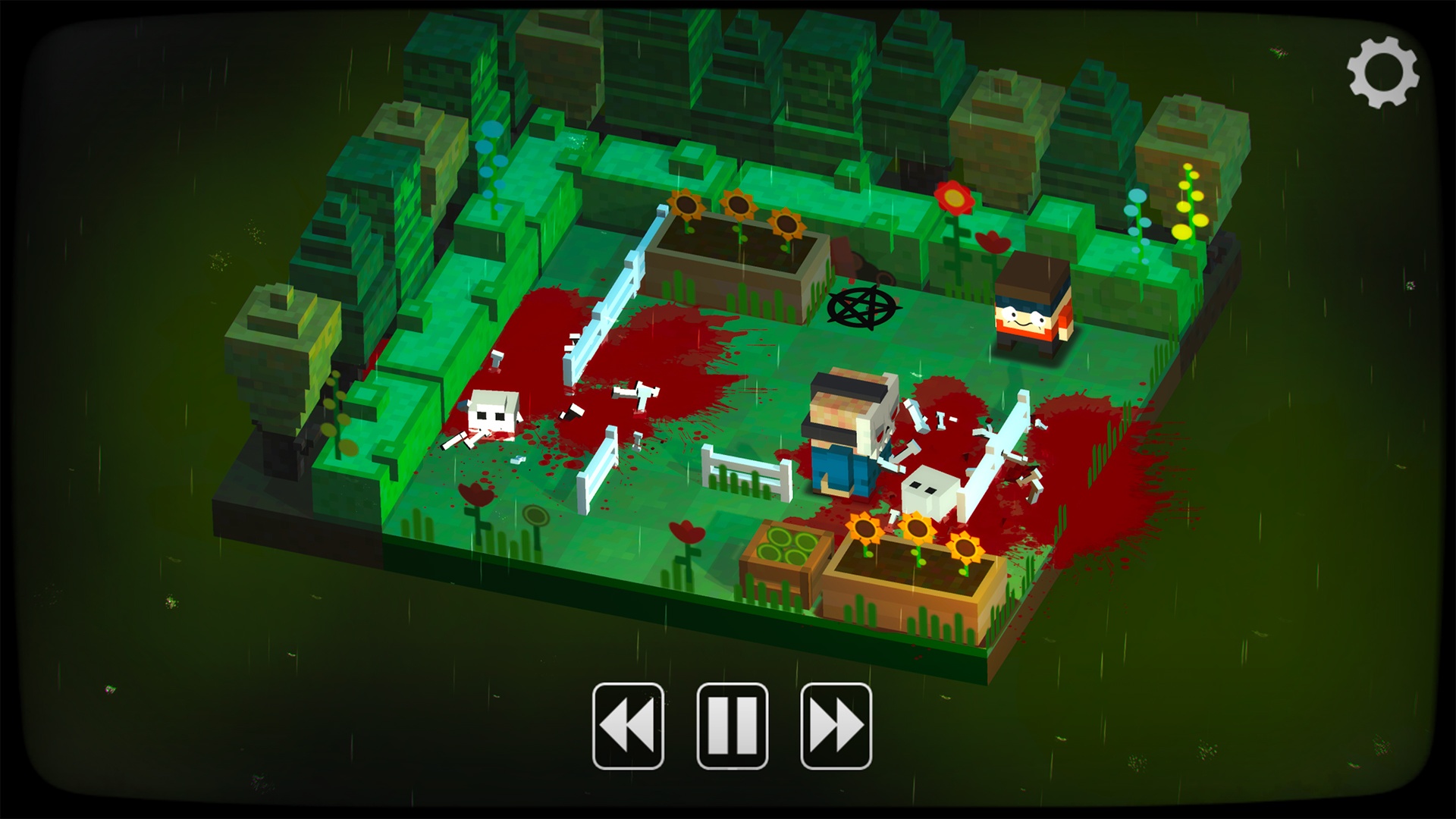 At times, one can spot within an instant whether a title is an original production, or a simple port from another console, and/or mobile device. However, before one casts the first proverbial stone, he/she should always do a little research, to ensure that the game in question, is in fact a low effort, low quality port. Sometimes it is necessary to delve deep into the App Store, or the Google Play Store, in order to discover that a title was in-fact primarily released on mobile devices. But certain games, are so renowned on the mobile devices, that the fil-in results on Google tell one that the title that he/she is searching for is in fact a port of a mobile game. And Slayway Camp is one of such games.

If one were to go directly to Google right now, and type in Slayway Camp, he/she would be served with fill-in queries such as ‘Slayway Camp apk’ and ‘Slayway Camp Android’. And if he/she were to press enter without choosing either, then the first result on the following page would bring up title’s Google Play Store page, which basically confirms that Slayway Camp is in fact a title designed for mobile devices, and a pay-to-play one at that. Which is rather surprising considering that most games in this day and age, at least on mobiles are free-to-play. However, title’s price of £2.79, explains why the most popular Google search is in regard to, is for its apk file. 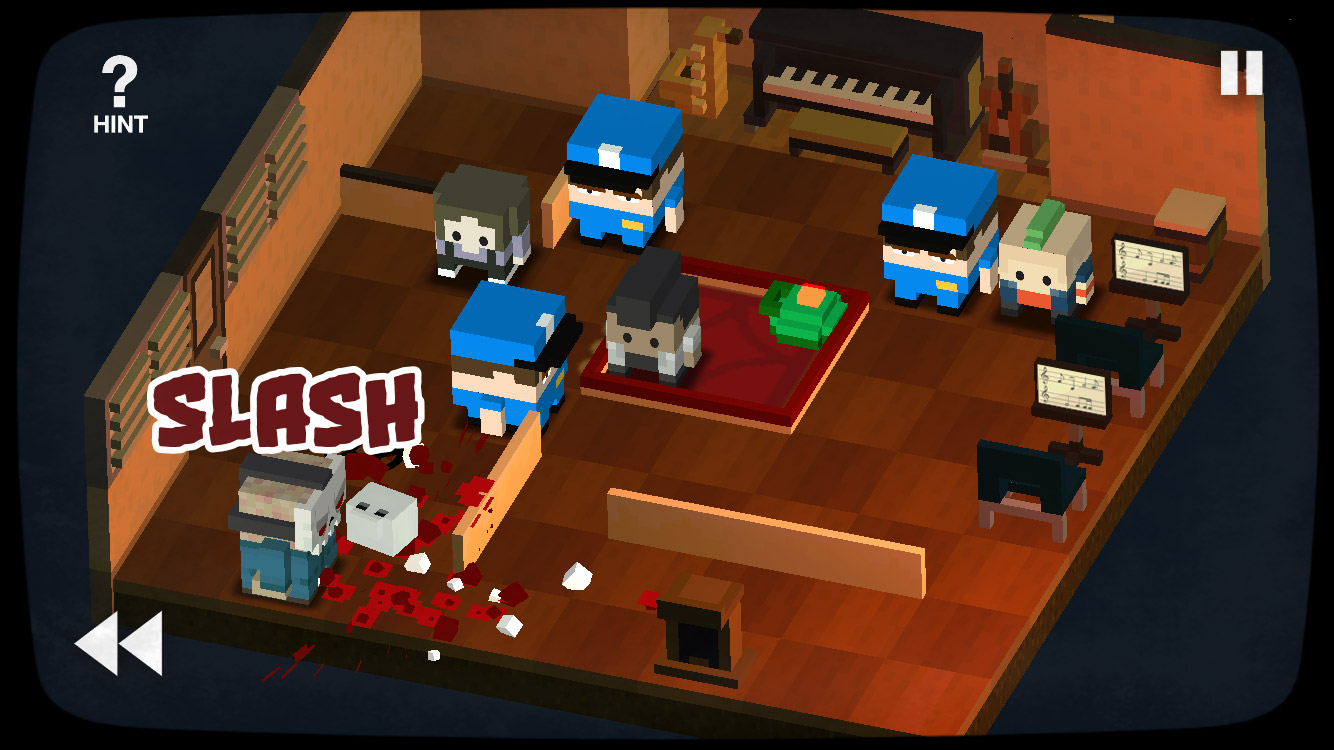 Title’s existence on the Google Play Store confirms its true nature. However, if one were to never look for it online, he/she would not have a hard time figuring out that Slayway Camp is a mobile game through and through. And that’s because its aesthetic follows the trend of popular 2016 mobile titles such Blocky Roads, Jumpy Jumps, and all other monstrosities with the Minecraft-like, blocky, low poly aesthetic. Which is not only inadequate for a title of a horror nature, but is also really unpleasant to the eye.

Slayway Camp’s aesthetic design is not its only feature which translated poorly from mobiles to consoles, as the entirety of title’s infrastructure which includes user interface, heads-up-display, and all the menu screens, is simply shambolic – at least on consoles. And the inadequate application of the user interface, makes the title a hell to play. And while the controls behind the core gameplay are at an acceptable level, then the same cannot be said about the menus, as simply purchasing an upgrade can be chore on console, especially when one has to complete ever new in-menu tutorials, whenever he/she returns to the menu screen.

Gameplay wise, there is not much that can be said about Slayway Camp. And that’s simply because this particular title’s core mechanics, are simply inoffensive, and nothing to write home about, all at the same time. And that’s because Slayway Camp is a simple puzzle game, which requires the player to move his avatar of a serial killer on the board, while slowly dispatching all the victims one-by-one. And while moving a chess piece on a board may become tiring relatively quickly, it is not as jarring as one would expect it to be, as the title at hand is constantly trying to spice things up with ever new ways to dispatch one’s victims.

Being able to throw somebody into a camp fire, or crash one with a bookshelf can be satisfying at first, but there is no freedom to the in-game levels. And once one realises that after he/she finishes the first chapter, he/she will quickly grow bored of the false in-game variety, as despite of all the tools which are available at hand, it is impossible to play your own way, as the game always dictates a strict, and singular path to each and every level. So even if you want to force one of the survivors to drown, or burn in a fire, you’re not always allowed to, as nine-out-of-ten times, you are forced to play the way the title wants you to.

Ultimately, all that has to be said about Slayway Camp that it is nothing more than a mobile game. It is limited in its presentation, features, and gameplay mechanics due to its platform of origin. And just like all the other mobile titles, it feels unpleasant to play for any prolonged period of time, and can only be enjoyable in short bursts, which do not exceed the one-hour mark. And while having a title which can be played while another game is downloading a patch, is a great thing to have – it is not necessarily worth £13.99, that the developer is asking for. Especially after one takes into consideration the fact that it can be purchased for £2.79 on any modern mobile device of one’s choice.