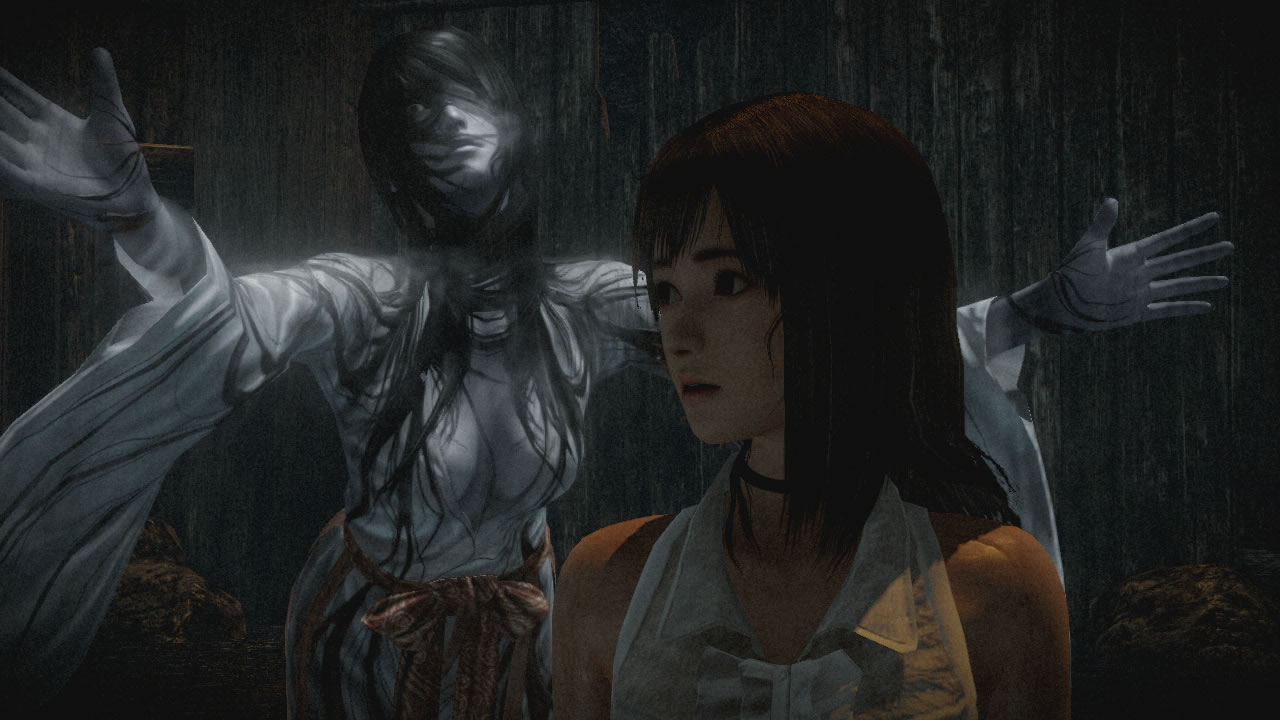 Horror video games have made a welcome if somewhat unexpected return in the last year or so; from indie darlings such as Slender and Five Nights at Freddy’s through to the big budget likes of, Alien: Isolation and Until Dawn, horror appears to be back on the gaming menu, and I for one couldn’t be happier.

As great as the return of one of my favourite genres might be though, beyond the criminally underrated, The Evil Within, the Japanese development scene has remained uncharacteristically quiet. While I have enjoyed many of these new releases, like many others out there, the majority of my favourite horror video game series originated in Japan, and with no sign of a new (proper) Resident Evil and Silent Hill rather depressingly and unceremoniously canned, it has been left to one of the more obscure Japanese offerings to wave the flag for digital Eastern horror in 2015.

Despite being around since the PS2 era, the Project Zero (or Fatal Frame) series has never caught on in the same way that Capcom and Konami’s horror heavyweights have in the West. Usually solid rather than spectacular and certainly more quintessentially Japanese than its more celebrated brethren, the Project Zero series has nonetheless delivered a steady stream of creepy scares since its initial release way back in 2001 and continues to do so here with another slice of creepy, unique but still occasionally awkward ghost fighting fun.

Unlike the more action orientated likes of Resident Evil, Project Zero has always taken a slower paced and infinitely more obscure approach to battle. Using a, well, let’s be honest, a magic camera, you, playing as a number of different characters spread out across a number of character specific chapters, must unravel the supernatural mystery while battling evil spirits using camera based attacks that drain undead energy.

Camera attacks and smart use of subtle scares has always been the core hook of the series and remains so here – the big difference this time of course being the largely ingenious implementation of the Wii U GamePad. Few games have given a good enough reason for the GamePad to exist, but with the GamePad unsurprisingly doubling up as the camera, Wii U exclusive, Maiden of Black Water certainly feels like a superior, more immersive experience for its inclusion. 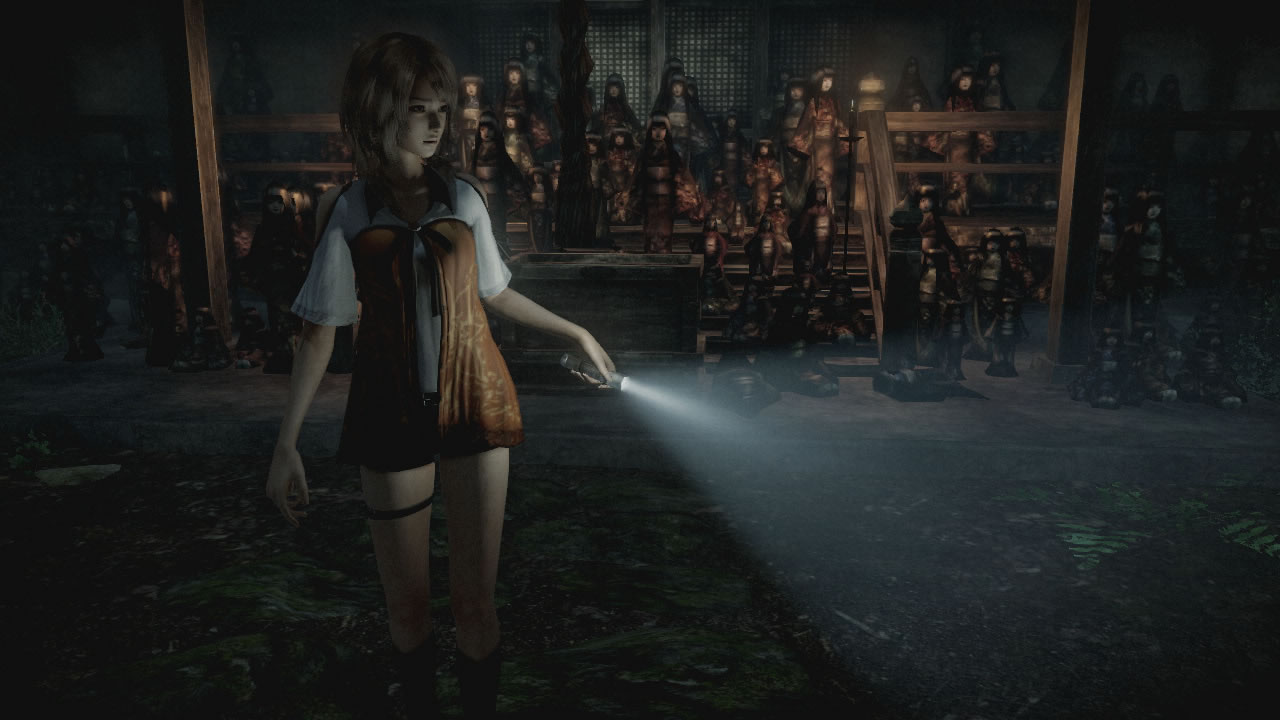 Some will find the gyro controls slightly awkward and might be tempted to set the controls back to analogue, but despite being a tad cumbersome at times, I found the full GamePad control scheme a fantastic option, one that really added a sense of involvement that has been lacking from the series in the past. The actual attacks work as well as ever, and while the more action orientated moments are unlikely to deliver scares (after the first few attacks anyway), I found the more subtle, unnerving scares found in between the action much more successful. Playing strongly on the most famous of Japanese horror tropes, there is nothing here that you haven’t probably seen before, but with the use of the camera combined with the drained colour scheme and constant sense of quiet dread, I found Maiden of Black Water to be a surprisingly successful horror experience.

Be it ghostly hands jumping out at you as you reach down to pick up items, understated but mysterious changes to your surroundings, ghostly apparitions only viewable through the lens of your camera or one of the surprisingly effective and often brilliantly shot cut-scenes, Maiden of Black Water undoubtedly delivers in the scares department. Sadly, while a competent video game, the underlying experience (beyond the fantastic use of the GamePad) is all a little old fashioned.

The use of chapters does give you a wide ranging view of the story and certainly provides a chance to spend some time with a number of different characters, but saying that, it also adds to the sense of this being a largely disjointed experience, one in which you never really get to grips with any particular character or story strand. There is a story to follow, and while clichéd, it’s certainly not a terrible one, but far too often, I found myself dragged out of the tale via a clumsy and somewhat forced change of perspective.

The use of additional characters also appears to be used as an excuse to revisit areas and re-tread old ground. Going back to areas previously visited can be an interesting mechanic if incorporated into the story in a smart and thought-provoking way, but despite providing a chance to experience the story from different perspectives, revisiting previously visited areas in Maiden of Black Water often feels like unnecessary and poorly implemented filler, thus turning some of the latter stages into a bit of a disappointing slog.

Visually too, while artistically interesting and certainly home to a number of graphical high points, there is no getting around the fact that Maiden of Black Water often looks rather old. Yes, I appreciate that it’s a Wii U exclusive, but Mario Kart 8 showed what can be achieved on Nintendo’s much underrated home console and while I wouldn’t expect a third party release to match Nintendo’s first party finest, some of the muddy textures here look flat out bad. The art direction does drag the experience along and some of the ghost and location design is of a very high standard, just don’t go expecting a new technical tour de force for the game starved Wii U. 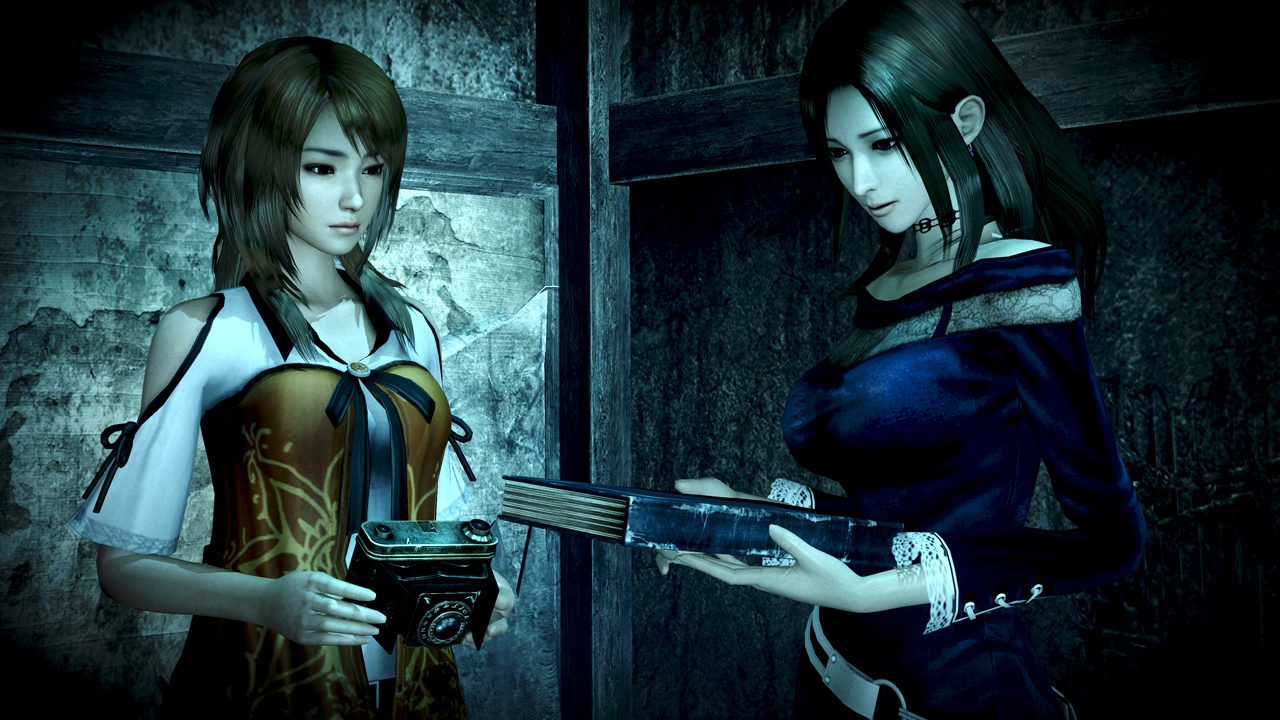 What does look good (or not depending on your point of view) are the females of the piece. Their visual representation is……it’s very Japanese. Already censored for release in the West, the girls’ outfits do not match their surrounding or the apparent clothing requirements of the situation at all. Things did get even worse for the unlockable outfits found in the Japanese (the term skimpy probably doesn’t do them justice), but for better or for worse, those outfits have been jettisoned for us uptight Western gamers and replaced by admittedly cool (and decidedly less revealing), Zelda and Zero Suit Samus costumes. Opinions on the changes will inevitably be varied, and some will argue that sex has historically come hand in hand with the horror genre, but for the most part, I think the majority of gamers will not begrudge the move away from the more blatant titillation of the Japanese release.

Whatever your views on the outfit changes though, the fact of the matter is, like its predecessors, Project Zero: Maiden of Black Water remains an interesting but ultimately flawed experience, one that is pushed forward by the brilliant use of the GamePad, but dragged back by its slightly ropey visuals, wooden characterisation and consistently terrible English dub. Despite its issues though, there is a lot to like about the latest release in the long running, Project Zero series. Quite unlike anything else out there, it provides the scares that you would want from a horror video game while delivering enough from its core mechanics to make it an enjoyable experience from a purely gameplay-based perspective. It might be a thematically odd fit for the conservative and family friendly Wii U, but from a technical stand point, few games are better suited to the unique capabilities of its hardware.