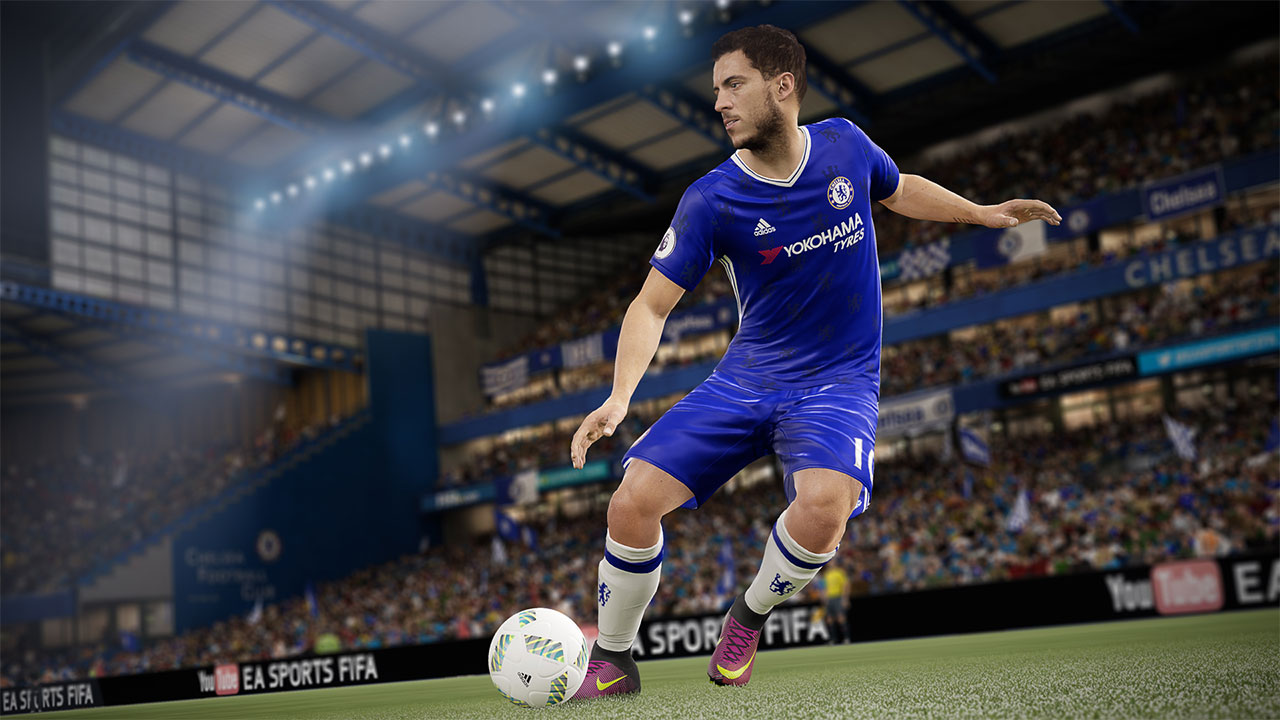 From the moment you boot up the game for the first time to be greeted by the intro of a match of the FA cup final consisting of Chelsea vs Manchester United you know EA sports have gone big with FIFA this year. A variety of new modes included the much hyped “the journey” and you have a football game that emulates the beautiful game both on and off the pitch. FIFA 17 has some real competition this year as Pro evolution soccer has got a head start and has had glowing reviews. Can FIFA keep up the pace or will it be dethroned as the champion of football games?

FIFA 17s biggest pull this year is the brand new Journey story mode. You play as Alex Hunter a young man who dreams big. You start the journey with an exit trial. Your last chance to make the top 10 and impress enough to be offered a contract with a premiership team. These consist of trials with dribbling shooting and even an 11 on 11 full match. Those who have played FIFA before definitely have an advantage in this department. Once you manage to make the top ten Alex starts off as either a substitute or a reserve depending on how good the team you have picked are.

After the preseason I found myself coming off the bench and not really getting enough game time to impress the gaffer, this was made even worse when a big money signing all but confirmed the fact I would be going out on loan to a championship club. This is your chance to show what you can do and it emulates the real experience that players go through as Youngers brilliantly. Real footballers actually had a say in what the story should be like, players who have been there and worn the t shirt so to speak. 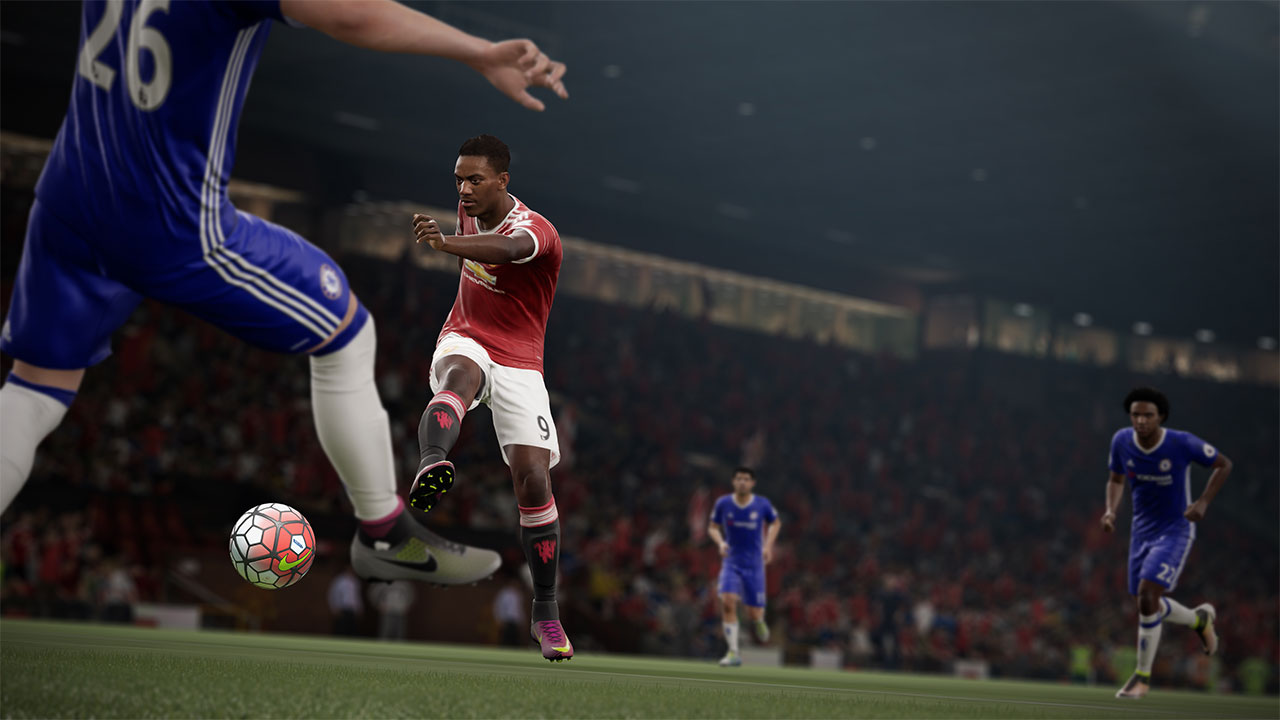 The frostbite engine makes the game look unbelievably good both on and off the pitch. The journey does go all out with voice acting and in game cut scenes too it does at times feel like you are playing a movie. In the end without any spoilers I would say that the journey is worth playing it’s a nice different twist on the football career mode and you do feel connected to Alex Hunter his passion for the game and his pain when things don’t go his way.

This year’s FIFA feels to me like the first true next generation football game. Players no longer look like they have squared shoulders and look a hell of a lot more realistic than they ever have before. The experience on the pitch is much better than its predecessor too. Passing does sometimes feel a bit clunky but it’s much improved over FIFA 16.

It now feels a lot more weighted especially shooting. Some people have complained that there is a delay when shooting but I honestly think it’s just EA Sports trying to simulate the weight of how much power you want to put into a pass shot or cross. This is proven by the change in set plays. Corners are no longer just hit and hope you can actually now indicate exactly where you want the ball to be put. This is a nightmare for defenders but it’s a lot more realistic than just hoping that it goes to the player you want it to. 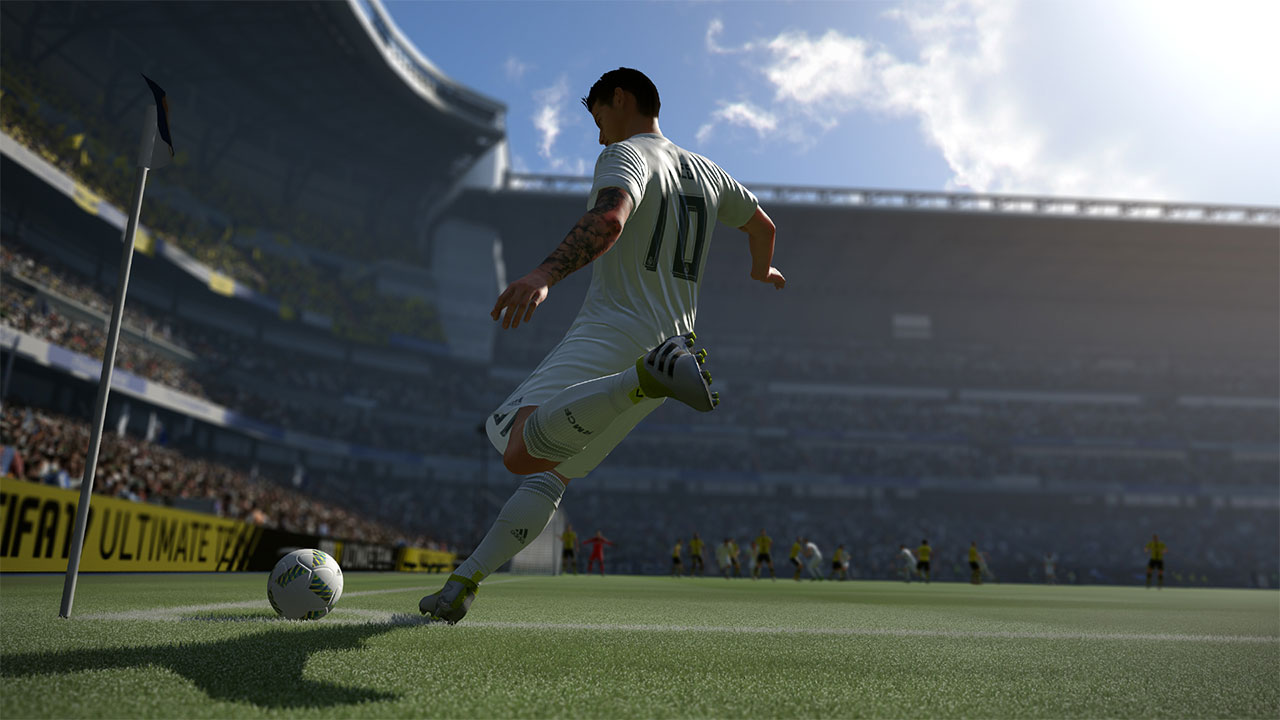 Penalties have also been revamped completely you now have to put power into a shot  while running towards the ball which is pretty difficult you need to practice otherwise you will miss the target by pressing too far to the side or putting too much power into it and sending it flying miles over the bar. As I stated earlier FIFA 17 really is a lot of little tweaks to make the overall experience better.

Championship clubs are now rated on how well they play in real life and are updated as much as the premiership clubs now. More chants from football teams and more commentary have been added too also they have had a big stats boost imitating how tough the championship is now days. Career mode has had a few upgrades but it’s really more the same as last year with a few tweaks as is FUT.

In the end it’s hard to say just get FIFA this year and forget PES,  both are very good football games and both deliver different experiences. FIFA is the authentic and fully licensed experience whereas Pro evolution Soccer may not have all that, it has the option files which can be shared this year and the fantastic master league mode. If you are torn on which to get my head would say FIFA but my heart would say Pro evolution Soccer both are really good football games. The Journey is a really nice addition to the FIFA franchise though and I can see it been massively expanded in the future games.