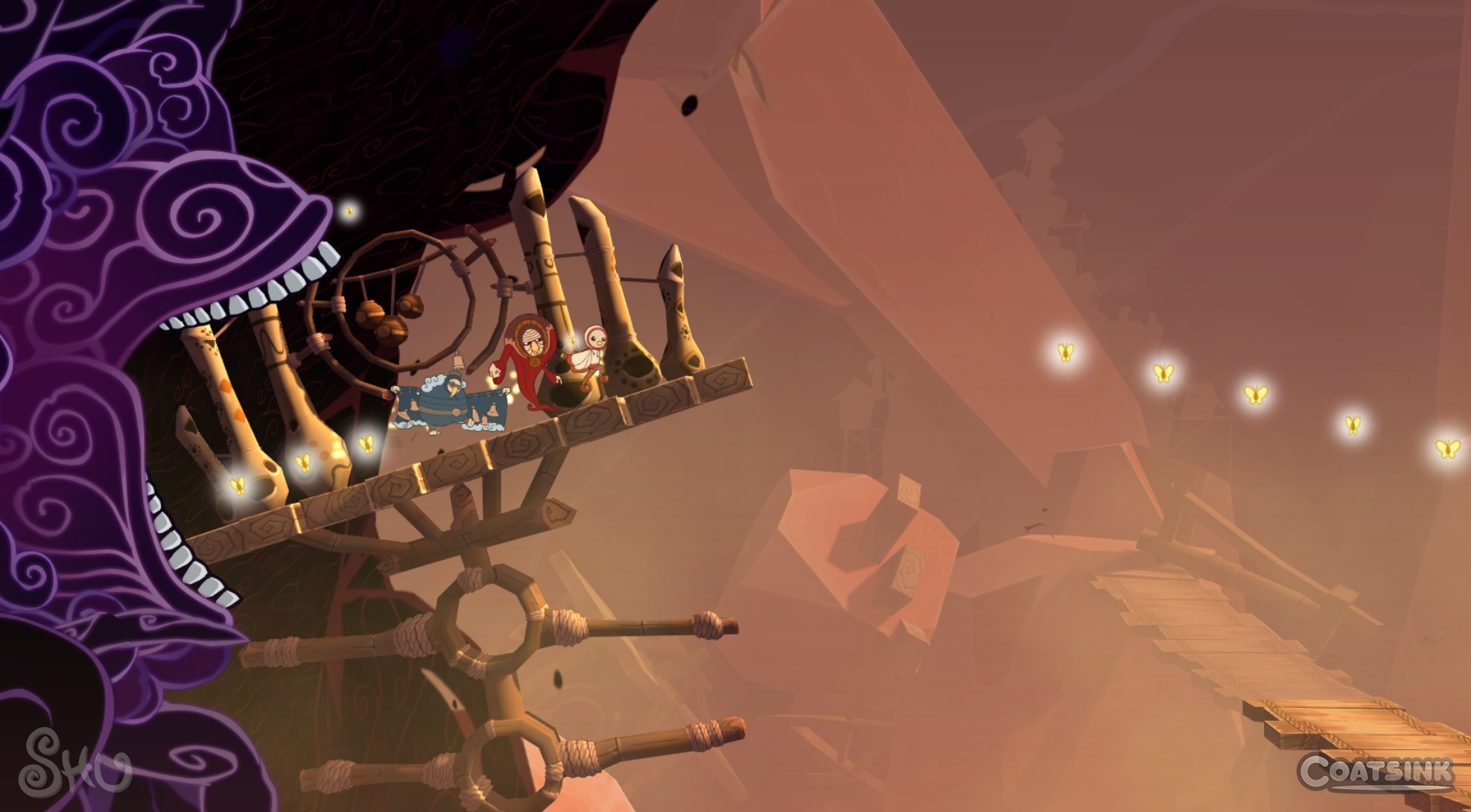 Shu is a 2D platformer developed by Coatsink and Secret Lunch. Originally planned to be released in 2015 the game had gone under a gameplay redesign that had pushed the game back but also allowed for more time to improve the overall game. Now it’s finally out and here’s how it’s faring.

In the game you play as Shu a little bird fellow and the world is coming to an end; there is a massive storm creature coming to consume the population of the planet and Shu’s grand father stays behind to hold the storm back temporary while Shu and the others escape. It’s up to Shu to out run the storm and gather all the villagers across the way to not only help them but to help himself too by using their unique abilities to traverse the obstacles to the ancient tower. 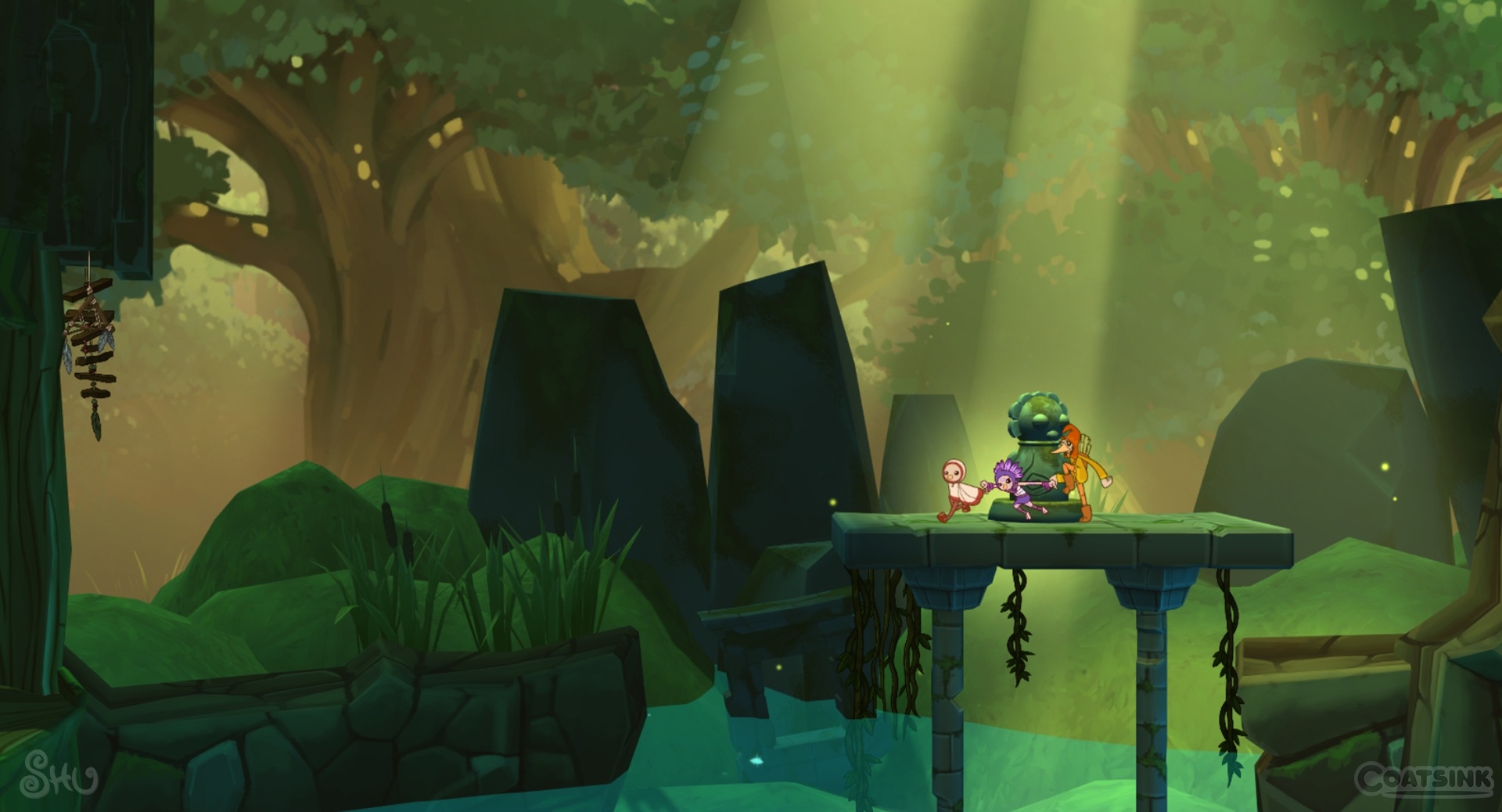 Visually the game is beautiful; using both fantastic hand drawn character sprites and colorful 3D environments. It is quite a sight to behold in motion and especially when you are being chased by the Storm as its dark purple sprite really contrasts against the vivid colors of the world creating a pretty picture to look at.

Gameplay wise unfortunately I found Shu to be quite average with nothing really unique to itself to set it apart from the rest of the platformers out there. Understandably the main gameplay feature is the use of the villagers’ abilities but this doesn’t really feel that unique as it’s the same abilities found in other games just delivered in a different manner in Shu’s case by using villagers. This though doesn’t mean it’s bad, the gameplay is perfectly balanced with the right amount of difficulty with accessibility and approachability. What it does, it does well. The games main gameplay mechanic is obviously running and jumping with some gliding in there for good measure, but as mentioned before the game does include unique abilities acquired when you have villagers by your side from walking on water to wall jumping. Definitely enjoyable and fun but again not unique which in a platformer is almost necessary to stand out. 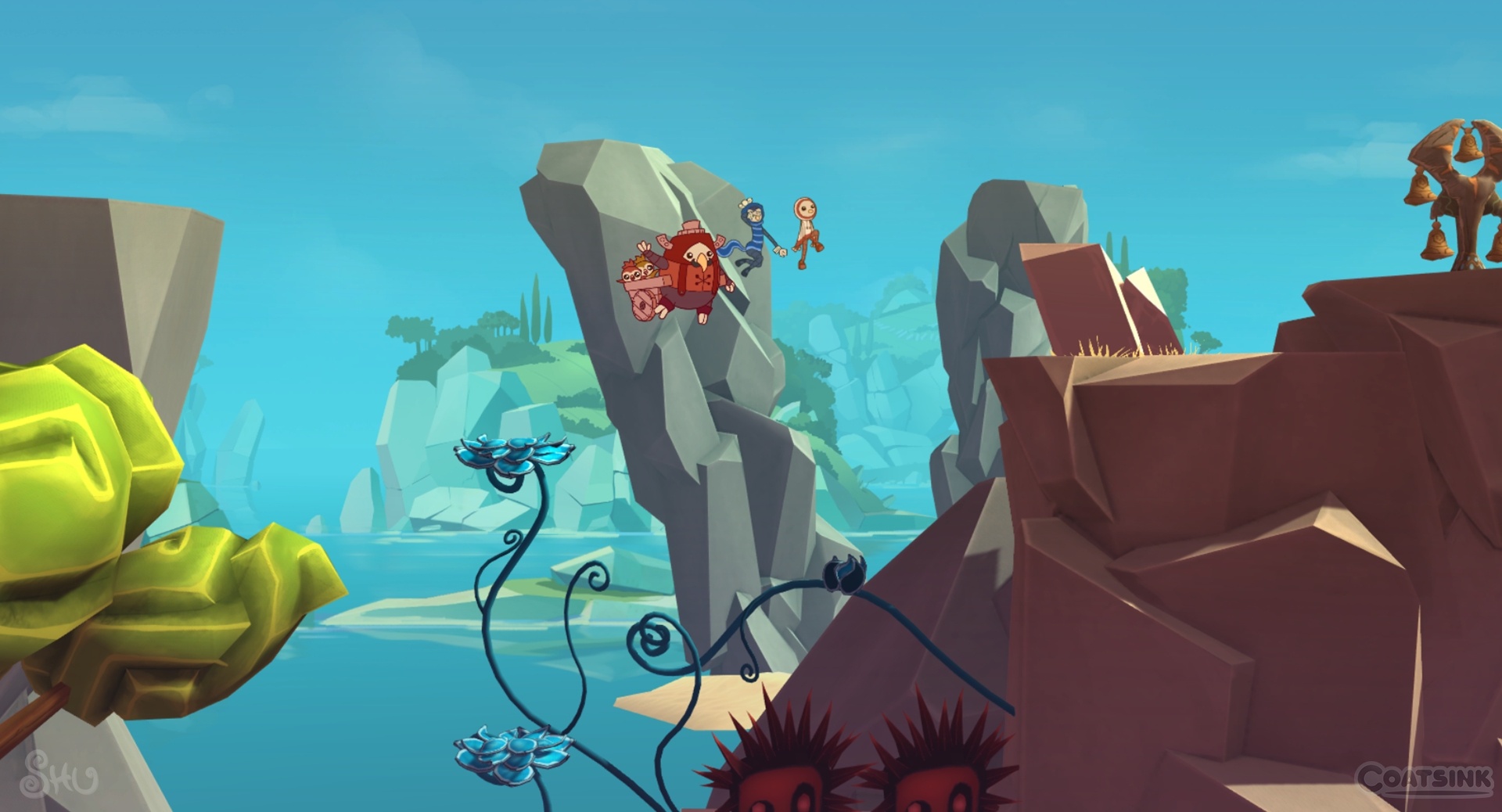 Shu only consists of 15 levels but that doesn’t mean it’s lacking content in the slightest. With Rayman style floating fly collectibles and mural pieces sneakily hidden in places you will easily miss almost every time there is definitely a reason to replay levels. There are also little hatchlings hidden around the game with six total per level bringing the total 90 hatchlings hidden all over the game. Other than that there is a time trial mode as well that gives players who enjoy speed runs a way to measure the time it takes them to complete any level they’re playing and that’s not all there is also a leaderboard system for you to see how you stack up against others online.

Shu is not the next Mario or Sonic but it does have a place in the game world. Visually it does set itself apart using a pretty blend of 2D characters and 3D environments this quite a different take on the usual, yes it’s been done before but that doesn’t take away from how good it looks. Gameplay wise as stated above its nothing special but very well implemented and runs extremely well at 60 fps. Content is not lacking giving you quite a bit of value for the amount it costs and is well worth a play if you’re into platformers. In the end It doesn’t bring anything new to the table but what it does bring is tightly polished and plays well and can provide you with hours of fun.