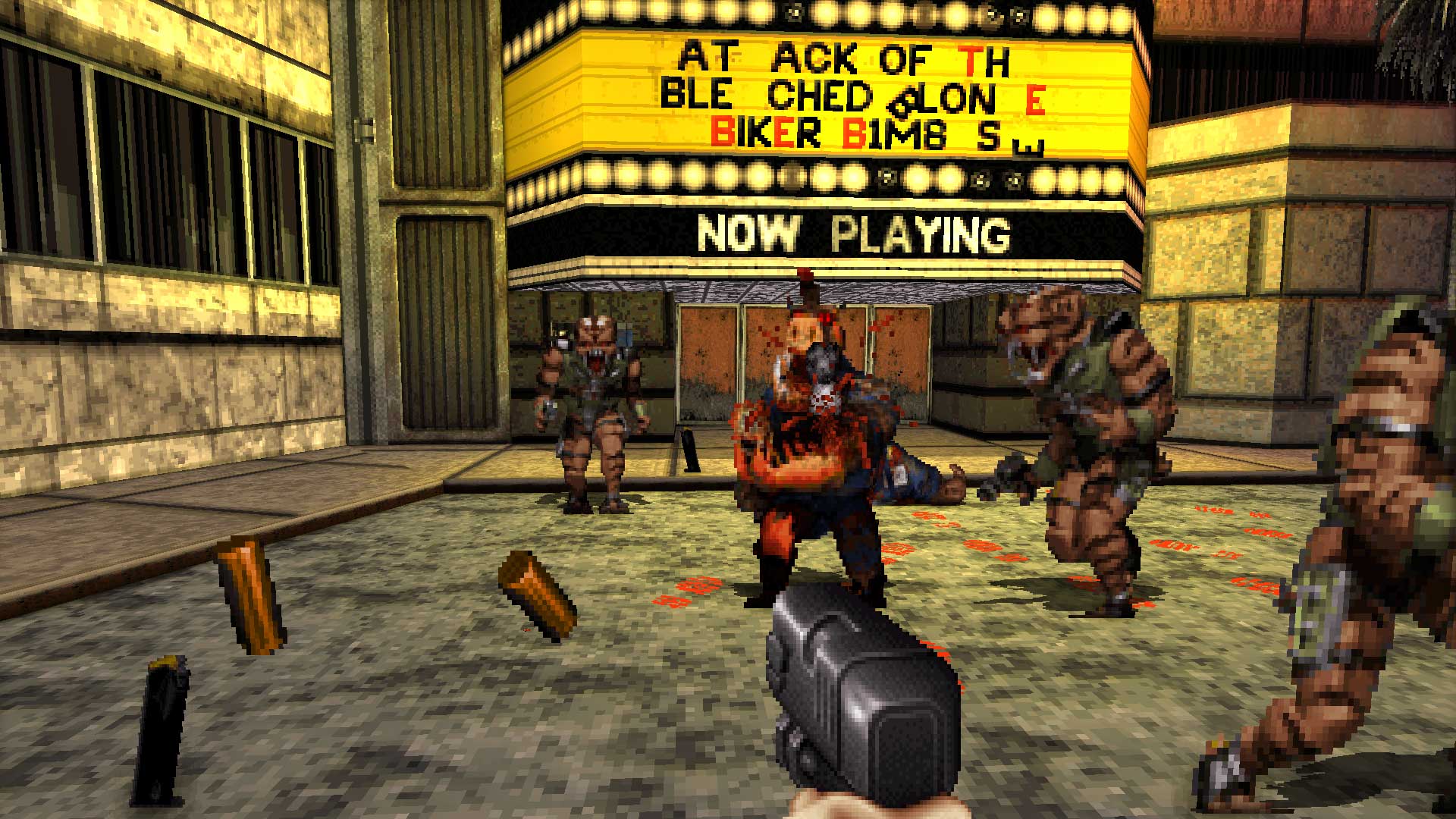 Duke Nukem 3D originally announced back in 1996 which mean I was only a young child of 5 years I still have memories of Duke. I remember going to my friend’s house who was a few years my elder and actually had a PSOne (The PSOne port was released in 1997) and we would play it at night when his parents weren’t around so they wouldn’t tell us to shut it off since you know it had strippers in it(violence was fine though unsurprisingly). Now it’s 20 years later and I am a man and here I am delving back into some Duke.

So this is a sequel to Duke Nukem 2 with Duke just returning to earth after defeating the grotesque Rigelatins; has his ship shot down and thrown into the thick of it. While Duke was away, a horde of freakish aliens had invaded earth and taken over the world, having brought an end the human race except for women that they’ve either encased in an alien goo or keep them around for their pleasure. Duke is obviously not happy and decides to he’s going to kick butt and chew bubble gum but unfortunately for the aliens he’s all out of gum. 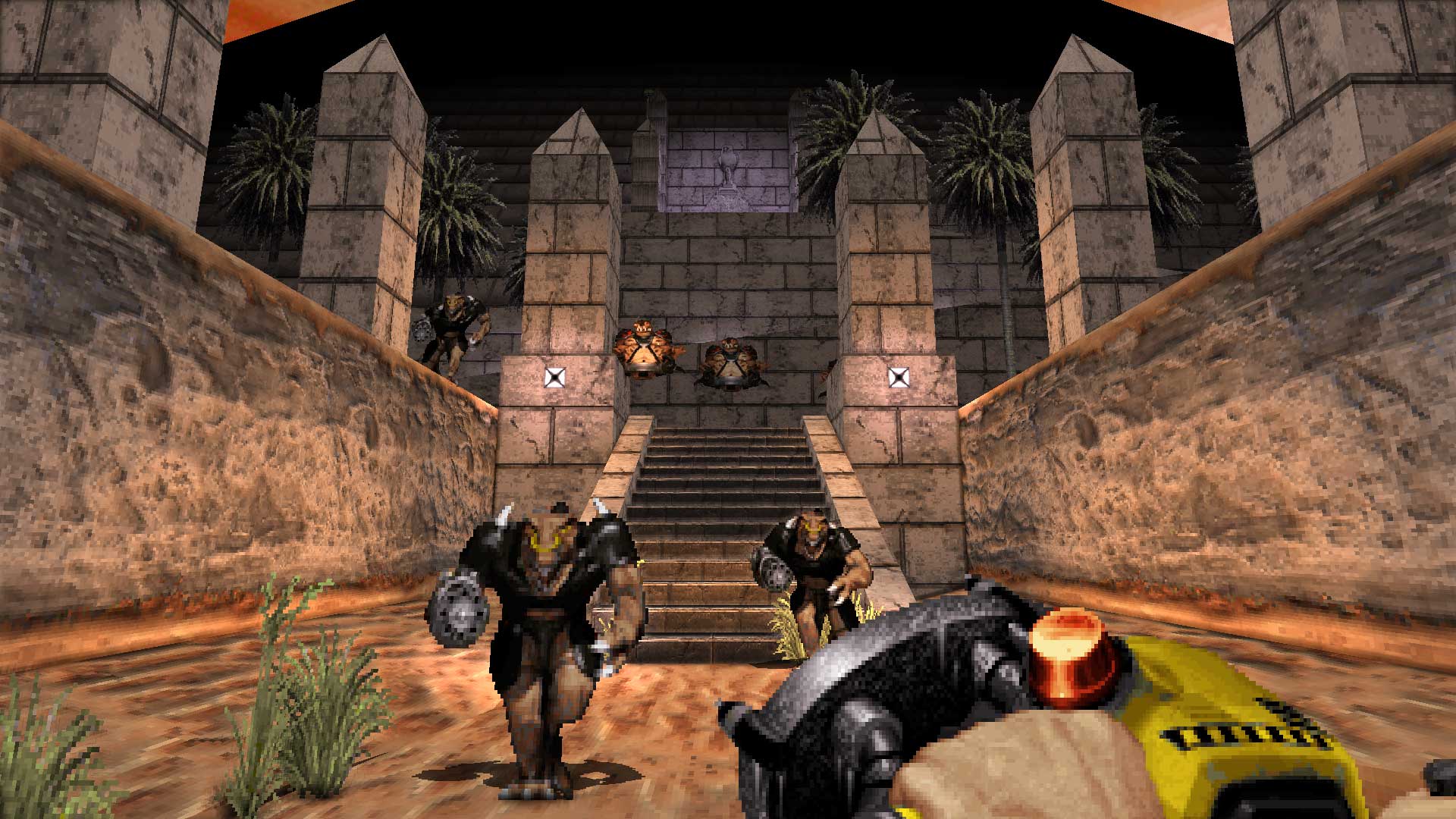 The game is composed of the original 4 episodes from the initial release with a newly developed fifth episode. The original four have Duke travelling a corrupted and decimated Los Angeles, and some space stations while shredding aliens, the new fifth chapter however is a globe-trotting episode with locations all around the world never before seen in a Duke Nukem game. The new episode was also designed by the original level designers of the game making sure it’s a perfect fit with the rest of the episodes.

When it comes to gameplay it’s some of that original fast paced arcade shooting that was so popular back then thanks to the likes of Doom and Wolfenstein. The gameplay has aged with the aiming being very simple and not having much control over the y axis, though it still works and can be very fun; it is also very challenging but they have taken measures to balance that. What they’ve done is included the slide checkpoint system which was introduced in the previous megaton edition which is basically like a rewind ability same as a movie or video would have. Basically upon death the player would have this slide show up on the screen and the can “rewind’ as far or as close to their death as they want, this can be very useful for when you’ve only got a little bit of health left and need to plan your next move. 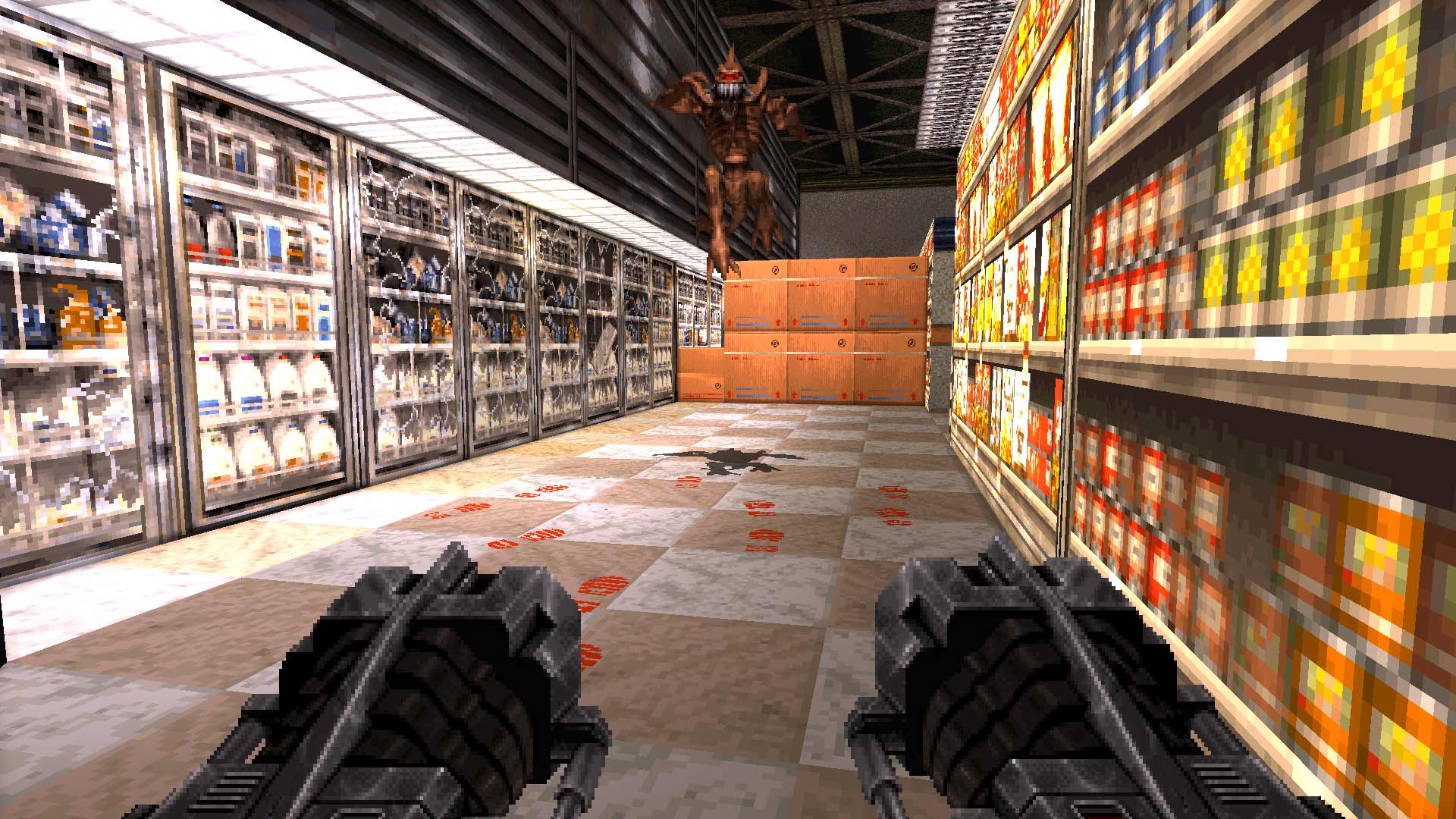 Visually the game is the same with some changes that really bring out that classic look but also bring it into the present. The game has improved lighting and the textures are now very clear and crisp unlike back when it was released, there is also an option to switch back to the original look with no improvements for those who wish to experience a more pure visual representation of Duke Nukem. Just touching on this quickly but the new fifth episode fits perfectly with the rest of the game visually which shows the care they took to make sure it didn’t break the flow of the game.

With all the praise above there are some issues, mainly with the original level design. The game can be very frustrating with the way it’s built you’ll find a lot of the time you’re either retracing your steps to see what you’ve missed or you’ll succumb to failure and look online for a walk through. To some this may be acceptable but I’m a firm believer in that a great game doesn’t force its player to leave the game to progress forward and I found myself doing that a lot with Duke Nukem.

Overall Duke Nukem 3D: 20th Anniversary World Tour is a great walk down memory lane with new experiences to give you the same feeling it did back then. If you are not a fan this is definitely a game I could recommend to a newcomer with the easier difficulty and slide checkpoint system anyone can enjoy Duke Nukem.