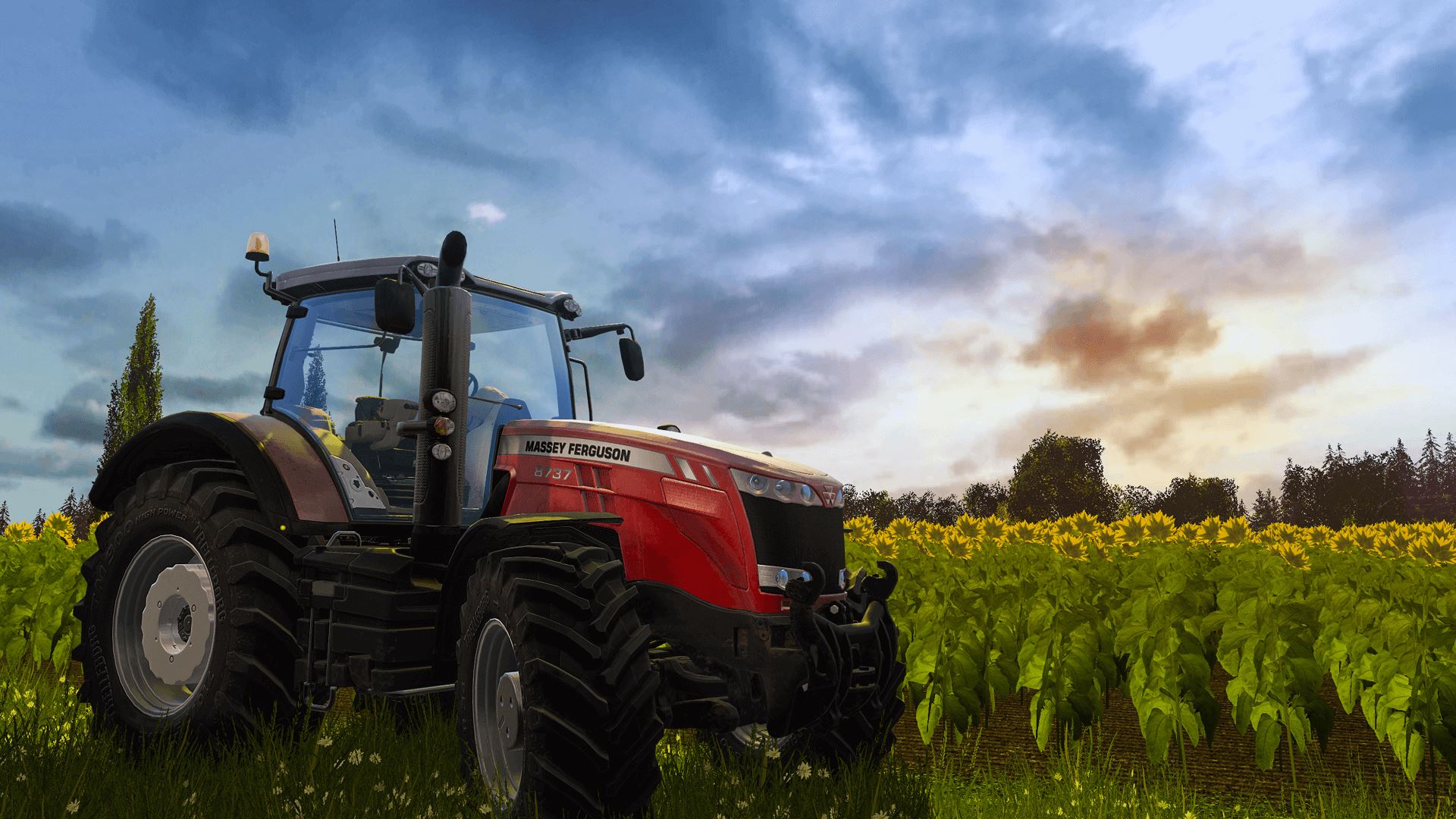 Developers GIANTS have delivered another instalment to their growing line of Farm Simulator titles, providing you with a virtual town to farm and the tools and equipment to do it with. Having not had the chance to play the previous games, I’m unable to provide details of what features have been added, but I am able to give you a fresh perspective of how the franchise feels as I dirty my hands in the grubby world of virtual farming.

After getting to grips with the game through the various tutorials, I was shocked at just how labour intensive each stage of the farming was. For your crops to achieve maximum yield, the ground must be cultivated, seeds must be sown, and crops need to be fertilised three times before harvest and storage. Every third crop cycle, your field must then be plowed. After storage you can then transport your goods around the town to sell them to the highest bidder. The game starts you off with the basic tools you need, three fields, and a decent amount of different crops stored in your silo to sell. After that its up to you to make your fortune in one of the two towns you picked to start the game. Farming simulator provides a wealth of options for you to make your cash. Aside from growing crops, animals can be kept, trees can be planted and logged, and other objects such as beehives or greenhouses can be placed around the map to provide a steady source of income.

Like any sane person, as soon as I had control of my farmer, I drove around trying to eviscerate the AI townsfolk with my combine harvester. It didn’t work. They just carried on with their day, blissfully clipping through the blades spinning into them. Undaunted by this lack of harm, I acquired a chainsaw from the local shop and tried again with the same results. Not even as much as a passing comment. Farming Simulator has no time for my foolish shenanigans and the day was slipping through my fingers like corn, so I decided to crack on with my farm. 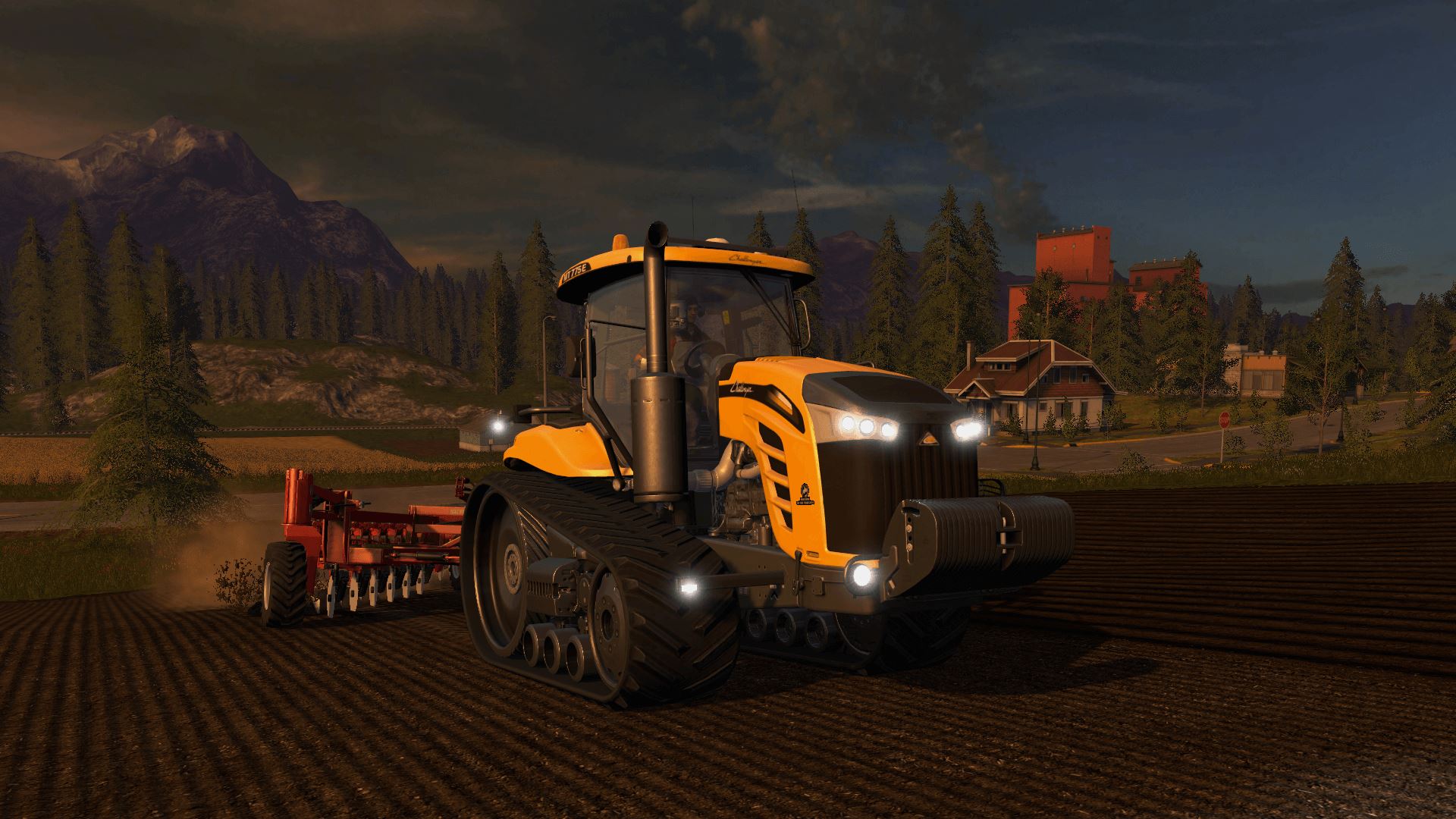 As soon as I started cultivating my fields, the game gave me an option to hire a worker to do it for me. These little AI workers did the jobs so much better than I ever could have. The rows I had cultivated myself were a shaky mess, while the worker managed to craft his with such precision I wondered if my controller was broken or if I was just an idiot. This feature allowed me to set all my machinery on auto-pilot and wander around the town. With my expert team of farmers taking care of business back home, I decided to hire some expensive logging equipment and try my hand at that instead.

This is where things started to break down a little bit. Logging is a big enough feature in the game they decided to include a tutorial for it, but everything to do with the tree physics was absolutely terrible. The trees fell in an incredibly unrealistic fashion, often needing me to jump into them and nudge them into falling over once cut down. Picking them up with the logging equipment was a complete nightmare, and storing them on the back of the ‘specialised’ kit took me an eternity to perform at even a basic level.  I can take some of the blame for being inexperienced with the controls, but sometimes the trees would jerk wildly away from the crane, or tip my equipment altogether even though it was already loaded with heavy logs.

After a long time trying this, the maintenance fees, lease and loan repayments on all my vehicles came flooding out of my account at the end of the day, bankrupting me. Disheartened by my failures as a farmer, I traipsed back to hang myself in the barn. Remembering Farming Simulator had no time for my stupid antics, I was forced to load a previous save before my logging adventure. 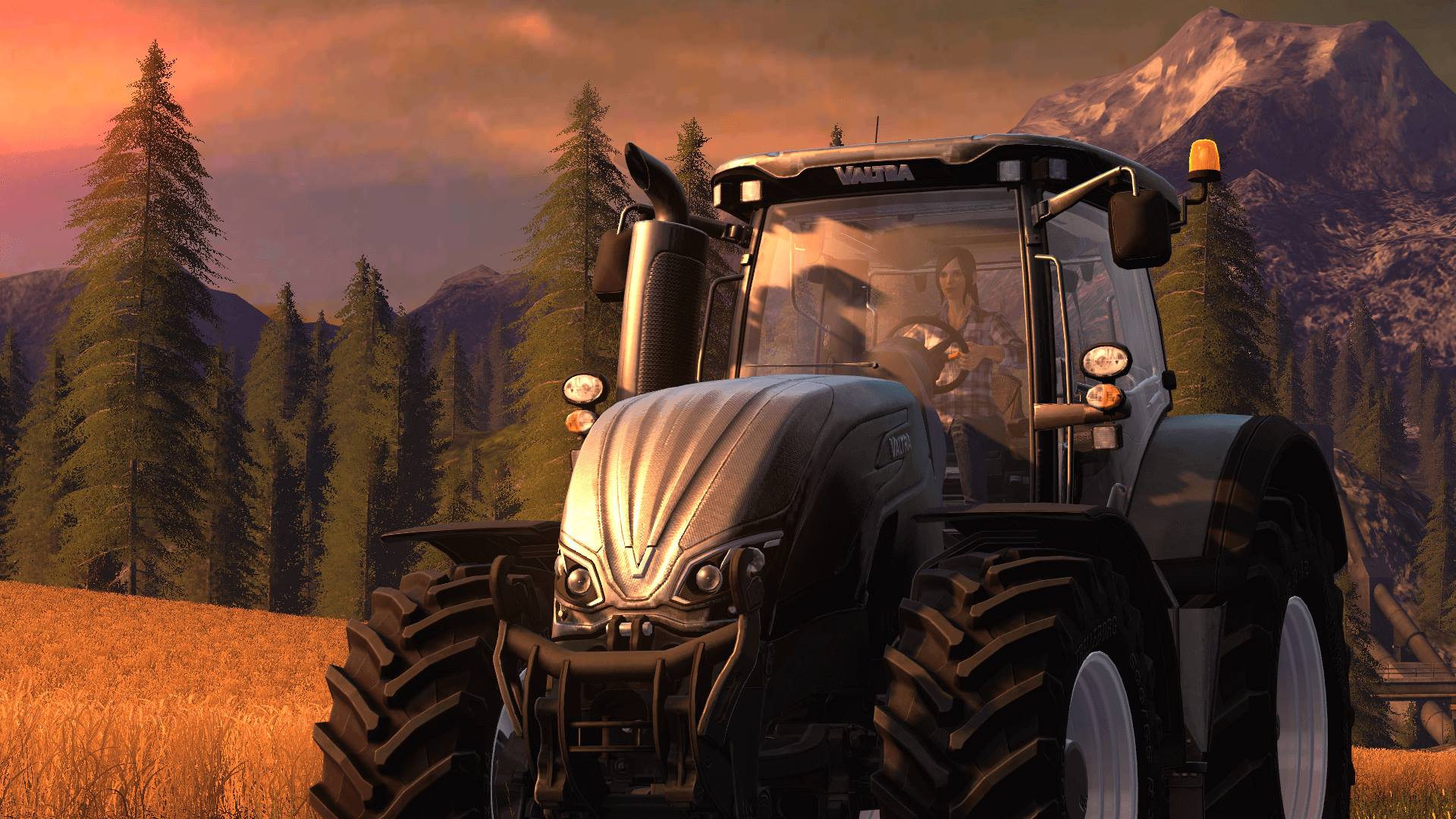 Although the crops only take about 24 hours of game time to grow, there is no option for you to pass the time by sleeping in your house, or anywhere else. This is a problem the game addresses by providing you with ‘missions’ for other farmers. These activities will involve a farmer asking you to complete one of the various work stages in the crop cycle and providing you with the equipment to do it. This gave me a chance to test out some of the higher end machinery, and you can tell that this is the part of the game developers GIANTS are most proud of.

Each piece of named-brand equipment is an authentic replica of its real world counterpart, and they are rendered beautifully, inside and out. Harvesters will satisfyingly scoop potatoes out of the ground, and thousands will gradually fill the back as they pass through the machinery. However, the draw distance on the crops was appalling, and even smaller fields looked like a mixed mess of fully rendered crops and ugly stand in textures that would pop into being ‘grown’ as I drew nearer. Watching them grow wasn’t much better either, with huge swathes of fields switching from one stage to the next with no animation or fanfare. The sound design all seemed realistic enough, and the game also provides you with a radio station to cut through the whirr of the machinery, but was extremely limited and annoyed me after about an hour.

At the end of the day, Farming Simulator 17 delivers on exactly what it says its going to. It gives players an opportunity to play around with the various equipment, provides land for you to farm and a range of ways for you to make cash. The two towns for you to develop seemed large enough to keep you busy, and maintaining effective crop rotations on multiple fields is going to require a lot of work, either by you or via online multiplayer of up to six players. The detail on the equipment is phenomenal, the animals are all rendered with care, and the only things letting the side down visually are the crops. The physics are wild at times, but as long as you behave yourself and refrain from ramping your tractor, everything is fine.  A word of warning however, this is definitely not a pick-up-and-play affair. One field alone took me two real-world hours to harvest. That was two hours of me driving up and down a field in a straight line at seven mph. Some might call that depressing, I call it an average day on the virtual farm.