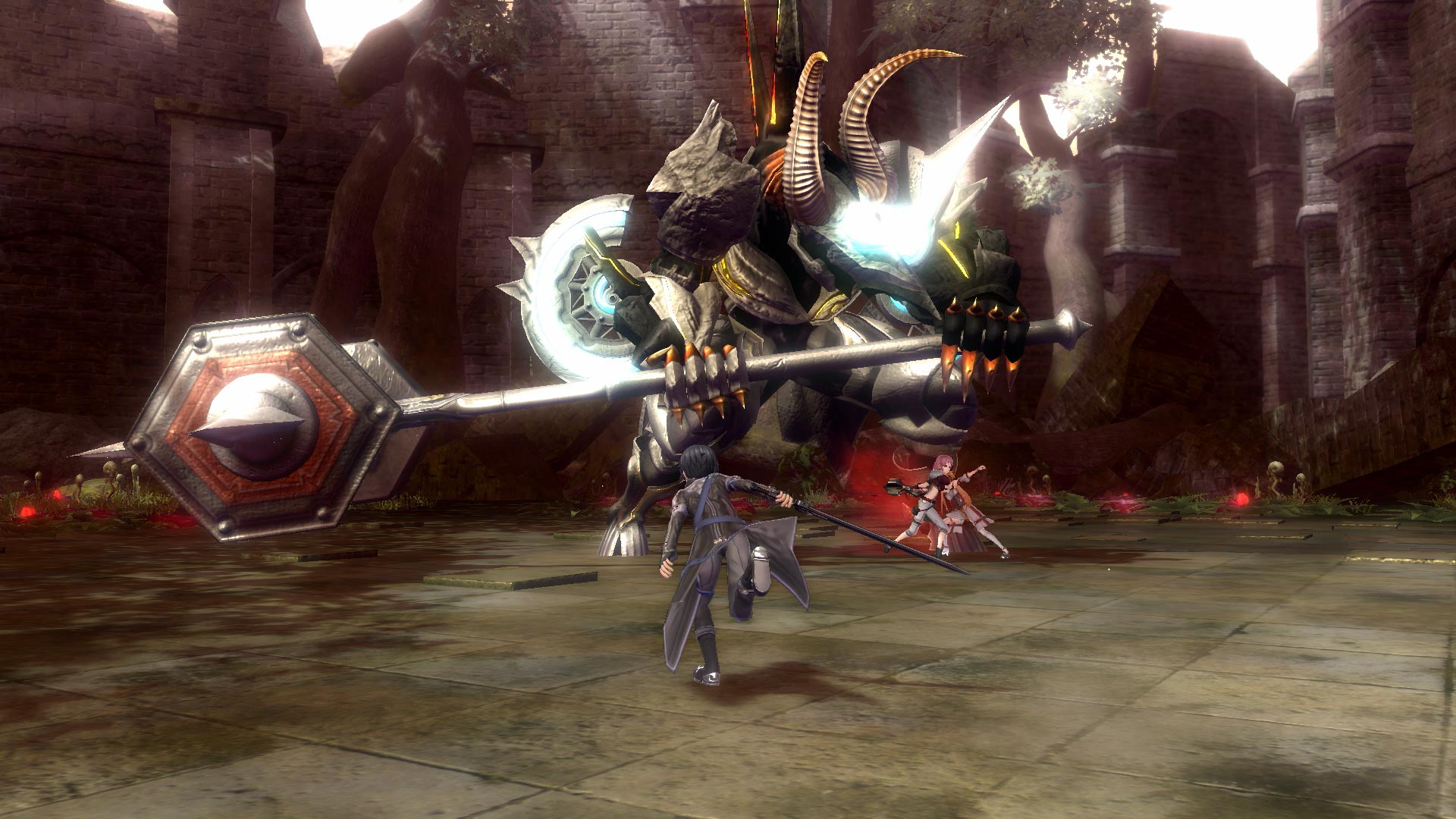 Sword Art Online kind of snuck up on me. I had heard the name bandied about here and there, but I had no idea just how popular the series had become. For a start, I was completely unaware that it has been running for over 7 years with the light novels that spawned the series having sold over 19 million copies worldwide…..19 million! That’s serious business.

Of course, since then it has spawned a movie, manga, a huge amount of merchandise, and yes, video games…..plenty of video games. In fact, there have been four Sword Art Online video games released in the last four years, and yes, while that is rather excessive for a series built upon JRPG mechanics, the world is such a perfect fit for video games that the constant transition between mediums makes perfect sense.

A JRPG based on the concept of a Virtual Reality Massively Multiplayer Online Role-Playing Game (or VRMMORPG for short?), the core concept of Sword Art Online is that an all signing, all dancing VR experience is created in the near future that allows the players to experience all five senses in a virtual world. Naturally though, this VR utopia quickly goes the way of the pear with the initial users subsequently caught in the virtual world created with death in the game leading to death in real life and any attempt to log out also leading to the proverbial chop. So yeah, kind of like the Matrix, but y’know, with less black rubber and more swords and stuff.

It’s now years since that evil VR world was conquered and a new, supposedly safe, VR headset has made it to market with everyone surprisingly happy to give it another go despite all the death and that first time around. Of course, it’ll come as no surprise to hear that despite the promise of a death free VR experience, things remain slightly dodgy, and while the peril isn’t quite as obvious as it was first time around, Hollow Realization does deliver another intriguing tale of adventure and peril while taking a little time to look at the nature of virtual reality and the complexity of video game development….oh, and loads of other stuff too. 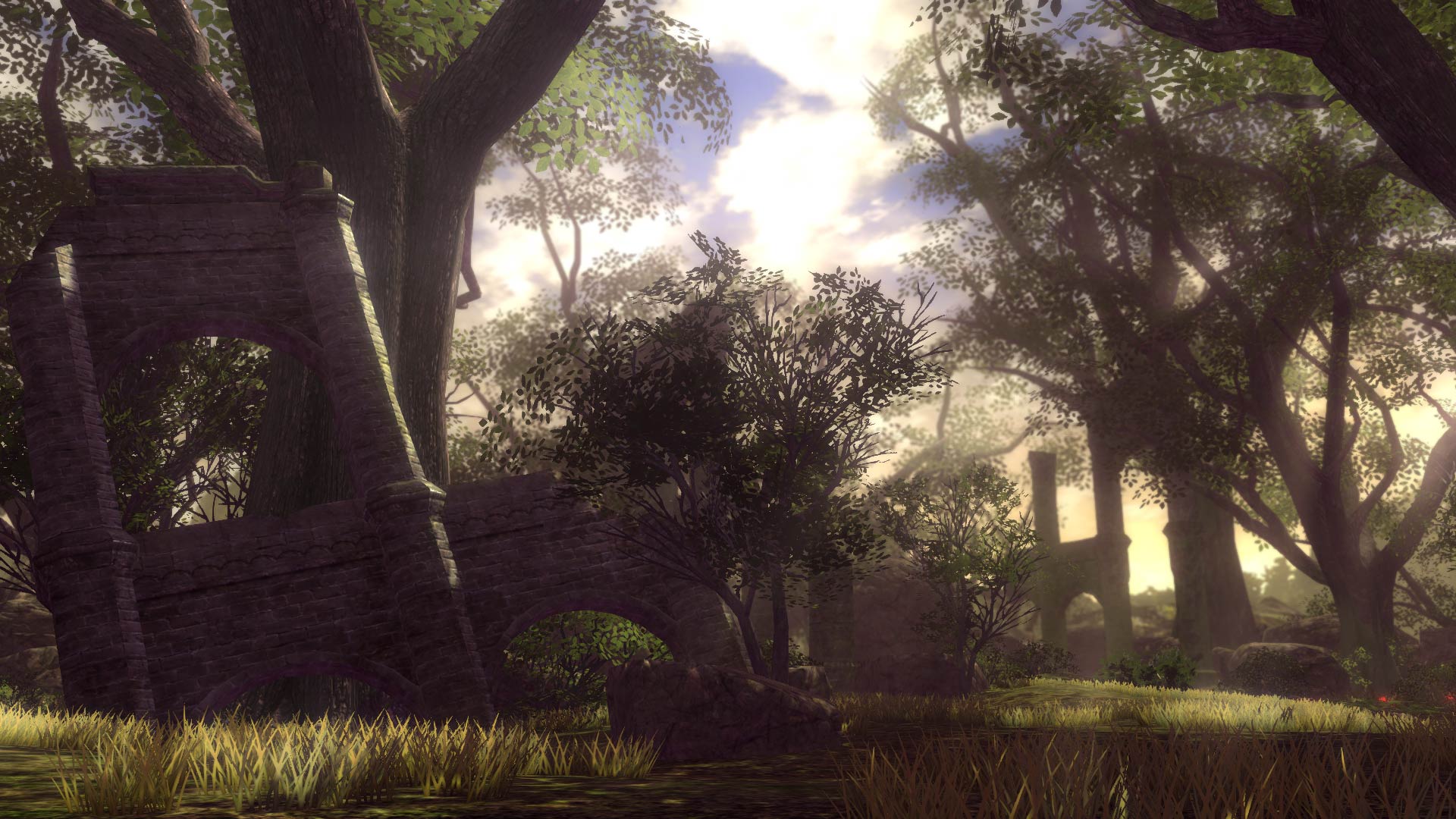 A lot of the main story is based upon the concept of damaged NPCs, but honestly, there is so much story in this game that it’s easy to get lost amidst the array of information thrown your way. Whether it be the reintroduction to the world, the myriad of side quests available or the romantic relationships that can be built throughout the adventure, there is no getting around just how chatty Hollow Realization is. Story is important in any JRPG, but sometimes, jeez, I just wish they’d get on with things. Usually told through relatively static animations, the dialogue can drag on, and right from the off, the pace of the game takes a pretty major hit. The main story does get going eventually, but be prepared for a whole lot of talking as you progress through those early hours.

In fairness, all of the dialogue is voiced, and the cast are all relatively interesting, but if the narrative doesn’t click for you early on, Hollow Realization can quickly turn into something of a long winded slog. Again, the fact that this is a video game based upon the concept of another video game is an intrinsically interesting idea, but while this unique coming together is hinted at here and there throughout the narrative, the potential of this inherently compelling combination is rarely mined for what it’s actually worth.

Luckily, while the story might lack the focus or quality of writing to be genuinely effective, other aspect of the experience are much more successful. The real time battle system, despite being fundamentally rudimentary, is fun throughout. It’s a shame that the vast majority of enemies don’t put up more of a fight, but the mechanics are sound with the ability to control the additional three members of your group via basic commands proving effective and largely addictive. It’s nothing overtly complex, but unique attack patterns and team strategies do add some much needed depth to what is an otherwise basic battle system.

Beyond the array of customisation options available to you, a big part of the battle system’s success (and the game as a whole), is the ability to recruit any of the 300+ non-player characters that appear in the game. This not only allows for a huge amount of variety, but also feeds into the games’ relationship system that, while a bit too chatty for my likes, does encourage you to build up a bond with your chosen squad of combatants. 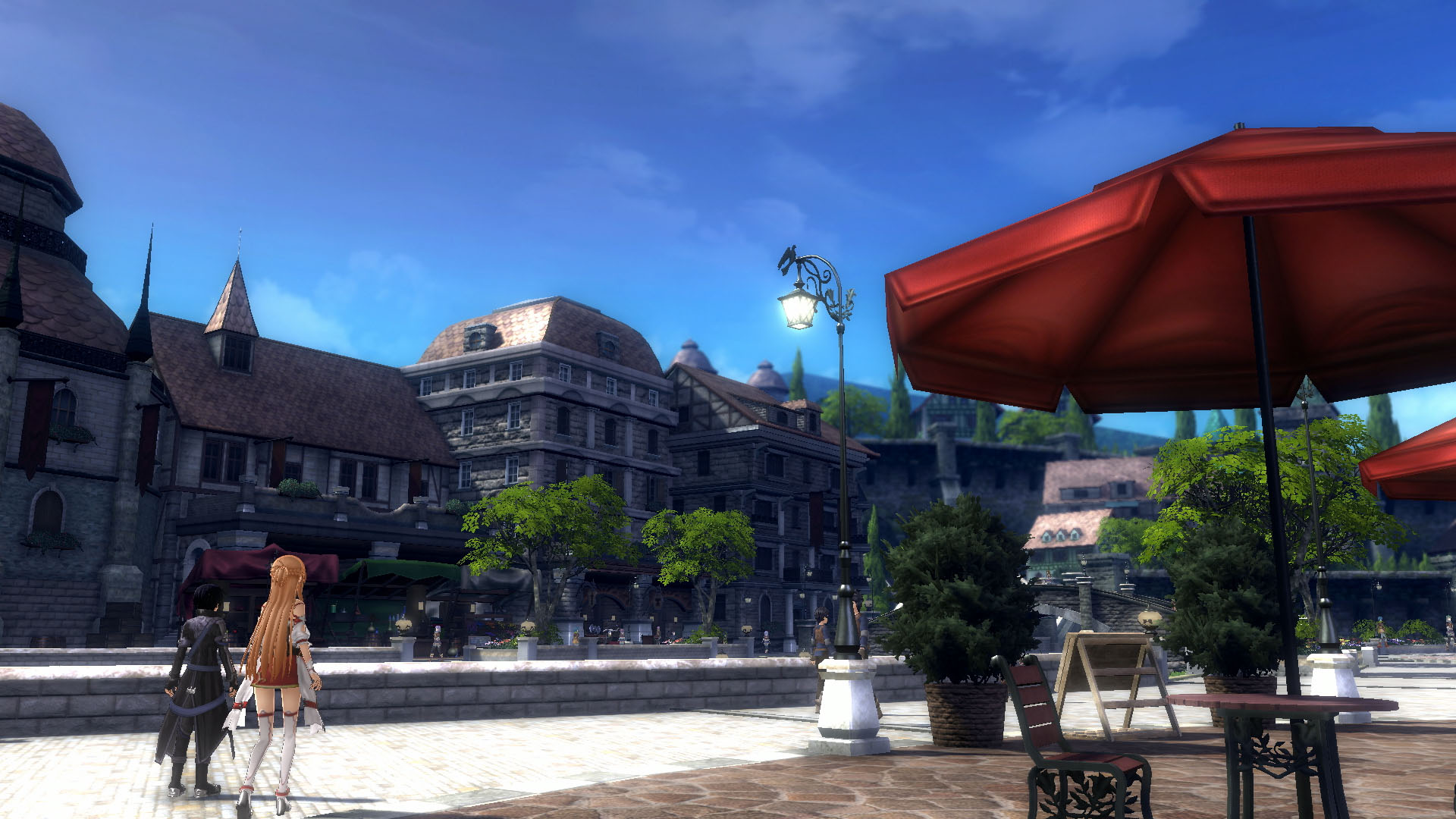 The system itself is relatively simple, but it is extremely effective and undoubtedly brings you closer to your chosen team. Starting off with simple conversation options, you’ll soon have the ability to go on dates in which you can, well, make your move. This is done by making the right moves at the right time via a selection of mini games that allow you to take your love interest by the hand, subtly touch their hip or even go in for the kiss. As in real life, make your move too soon or be too forward and the date (and thus your relationship), can end in tears. Yes, it’s silly, but it’s undoubtedly fun and gives the game a somewhat unique twist amidst its otherwise relatively traditional gameplay.

Despite the game having an absolute ton of content (anywhere between 40 and 80 hours depending on how much of a completionist you are), Hollow Realization fails to provide the kind of variety required to keep such an epic quest fresh for the duration. Cross development with the Vita version ensures that the quality of the visuals are technically limited, but despite these limitations, the game is bright, beautiful and largely pleasant to look at. The real problem is that lack of variety. Backgrounds and enemies are repeated far too often, and with the game bogged down by excessive fetch quests, Hollow Realization can become repetitive as you progress further into the game.

It’s artistically and technically limited, the pacing is off and it has far too many fetch quests, but despite these issues, the latest game in the Sword Art Online series proves an oddly compelling and largely enjoyable experience. The battle system is great fun, the relationships are charming and the ability to recruit a team of NPCs proves a unique and addictive addition. Fans of the series will inevitably get the most from the experience, but there is plenty to like here for long standing fans and newcomers alike.

It’s artistically and technically limited, the pacing is off and it has far too many fetch quests, but despite these issues, the latest game in the Sword Art Online series proves an oddly compelling and largely enjoyable experience.