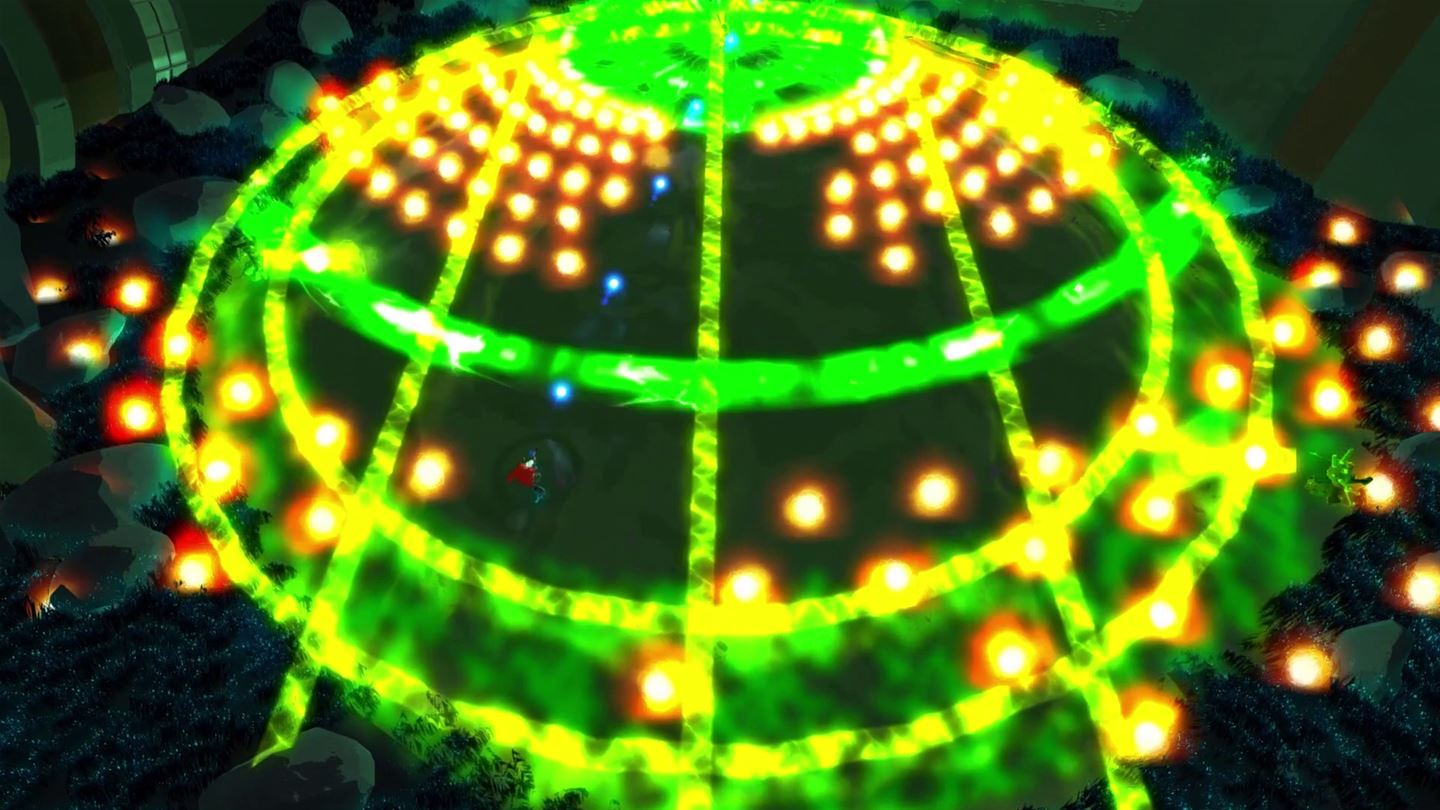 Hands up anyone who loved Demon Swords more than any member of their family? Ok, now keep those mitts in the air if you’ve ever dreamt of a game that took away the tedious exploration, mind numbing travelling back and forth and gave you nothing but sheer unadulterated boss fight after boss fight?  Still got those hands reaching for the sky?  If so,  get ready to be happy.

Furi is probably one of the most exhilarating,  challenging, original and, just as importantly, fun games we’ve played on the Xbox One all year.  With a simple premise that does away with convoluted plots and complicated mechanics,  Furi Is as easy to understand as it is difficult to master.  The concept is you are an unnamed prisoner, caged for an undisclosed crime.  And the only path to freedom is to beat your jailors.  That’s it. 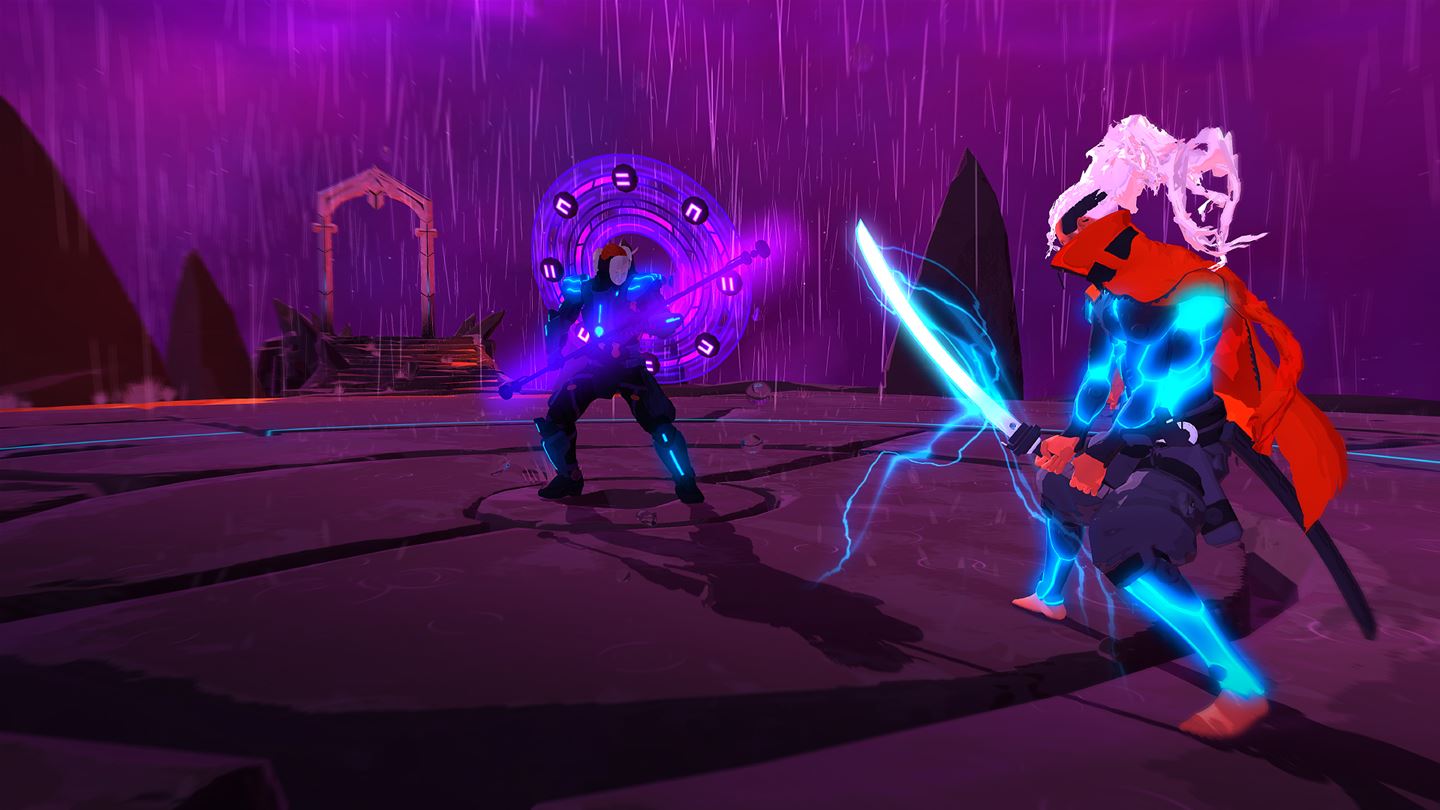 During the course of these one on one confrontations,  you’re able to use a limited arsenal of weapons. Namely you can shoot lasers, melee with your katana, parry, dodge and counter.   Each boss character has a particular ability which will require you to adapt your style of combat.  Think rock, paper, scissors and you’re half way there.  At the beginning of each confrontation you start off with just three lives while your adversaries have anywhere up to eight phases.  So you’re climbing uphill from the get go.  Oh, and its worth mentioning that Furi is mercilessly unforgiving and punishes even the slightest mistimed attack or counter.  So, like the afore-mentioned Demon Swords, you’re going to die.  A lot.   But each time you die you learn something about your opponent which furnishes you with a new idea of how to defeat him.  And once you do get past a phase, you are rewarded with an extra life so as you learn you earn.  Brilliant.  After the initial stage of Furi you’re joined by a mysterious entity called The Voice.  The Voice’s role is to provide the game with an engaging narrative that helps the story unfold.  As you battle boss character after boss character you begin to learn a little more about your predicament and start to feel yourself emotionally invested in the character and his fate.   This is a wonderful example of great story telling that many triple A titles can learn a thing or two from.

Visually, Furi employs a cartoon style that lends itself well to the gameplay.  There are no Mortal Kombat-style scenes of blood gushing from decapitated heads. Instead character designer Takashi Okazaki and the developers at The Game Bakers have settled for well detailed environments, strongly rendered characters and shading that gives the game a real feeling of depth. 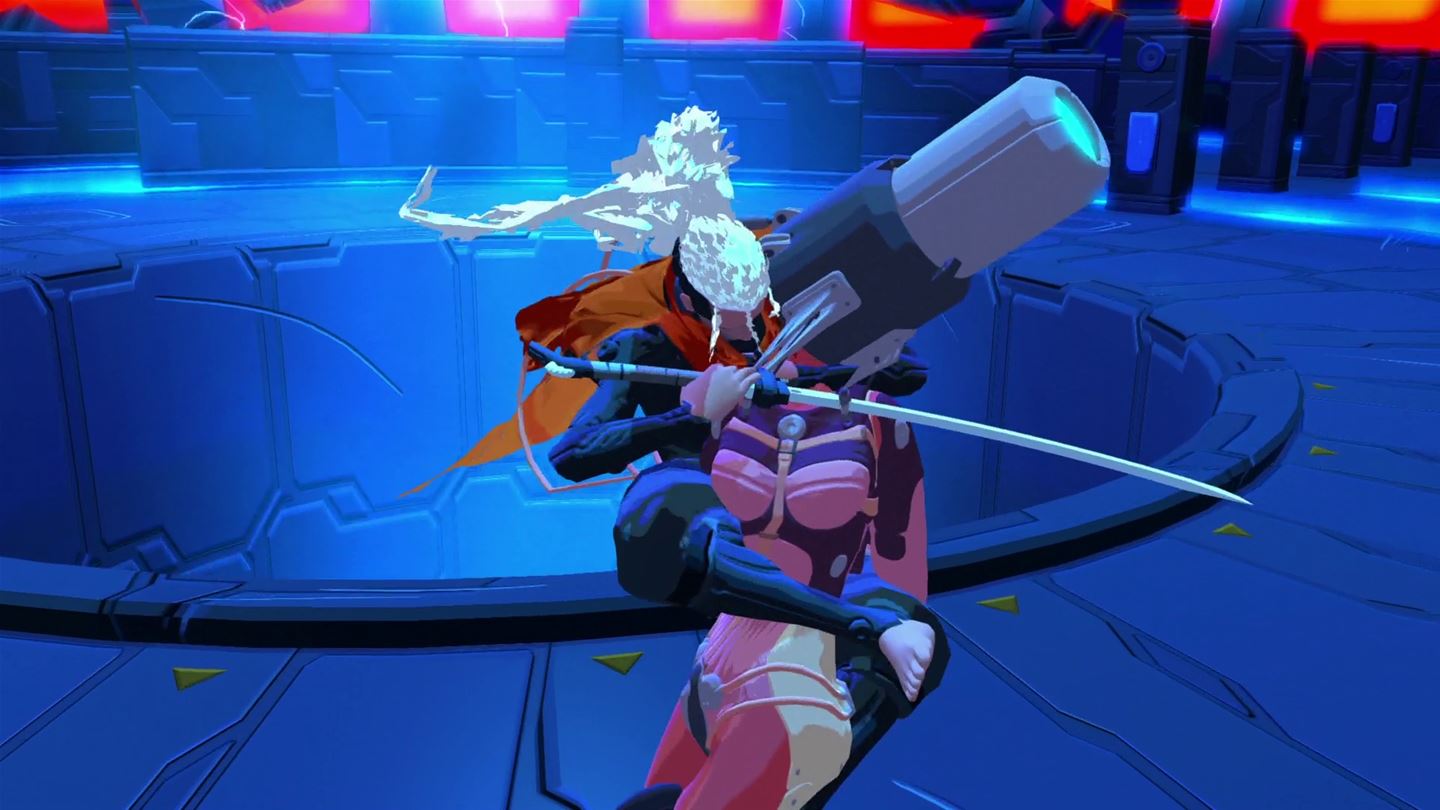 Audio-wise, Furi is truly outstanding.  The sound of combat, explosions, steel against steel is second to none. And the voice acting for each character is among the best we’ve heard in a very long time.  The music accompanying the action is an assortment of electronic tracks with Carpenter Brut composing several tracks for the games electrifying boss fights.  Among the seven artists featured in Furi are Carpenter Brut, Danger, Lorn, Scattle, The Toxic Avenger, Waveshaper and Knight.   For gamers who loved Furi’s music as much as we did  The Game Bakers partnered with music label G4F and set-up furi.bandcamp.com so gamers can discover the first tracks. And for the fans of physical objects, Takashi Okazaki designed a collector double vinyl edition.  Excellent.

If we had any minor niggles with the Furi, it would be with the occasional frame rate problems we had which, on occasion, meant moves were mistimed and consequently led to penalties.  This happened a few times during our play through but not enough to detract from what is clearly a fantastic game that had tons of replayability.  If you relish a tough challenge and love the exhilaration of combat then life really doesn’t get any better than Furi.  Highly recommended.