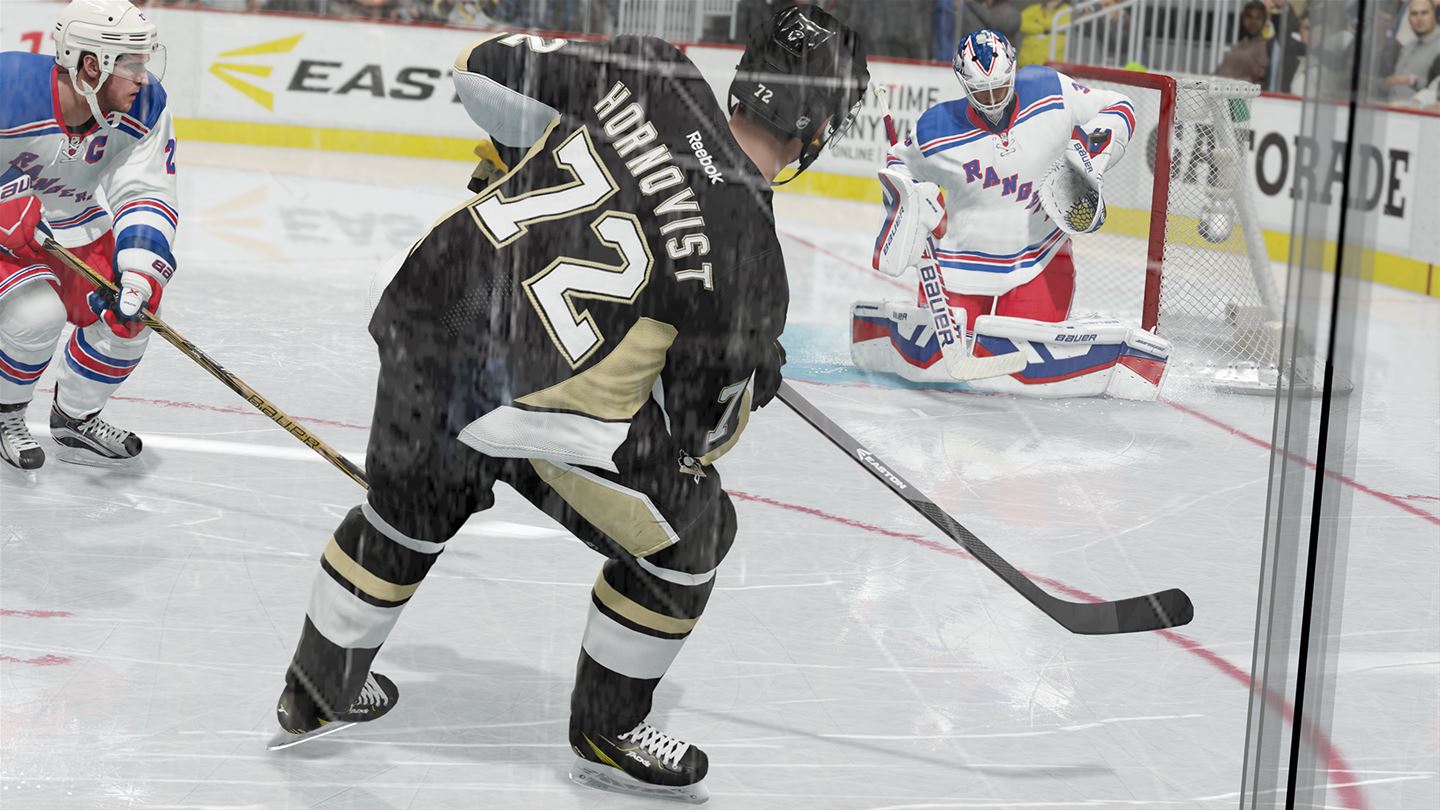 Fans of the series will be glad to hear that NHL 17 continues the upward trajectory of EA’s traditionally outstanding ice hockey simulation after the somewhat calamitous and criminally undercooked, NHL 15. Like the brilliant NHL 16 before it, NHL 17 delivers a mountain of content and arguably the most successful virtual interpretation of any sport currently available. Fans of Pro Evolution Soccer and NBA 2K might have something to say about that, but there is no arguing with that fact that NHL 17 remains at the very top table when it comes to recreating its sport of choice.

Sadly, while NHL 17 undoubtedly delivers the finest game in the series to date, on the surface at least, NHL 17 represents a largely incremental improvement over its predecessor. Don’t get me wrong, all of the changes here are for the better, and with game modes fleshed out and AI and animations improved, long standing fans are sure to appreciate a game that no longer lives in the financial shadow cast by FIFA and Madden, but despite these improvements, those hoping for something genuinely new (something of a rarity in modern sport games) are likely to come away, while perhaps not disappointed, potentially a little underwhelmed.

Still, that’s not to say that NHL 17 is anything other than a largely spectacular video game, one that captures the high-level nuance of the sport without ever excluding more casual players. In fact, its treatment and potential education of the more casual hockey fans out there is probably one of NHL 17’s most notable achievements. The NHL might not garner the same level of interest as the NBA or NHL in the UK, but in terms of video games, the sports’ easy to understand aesthetic and penchant for violence has made it a perennially popular sport franchise ever since its spectacular introduction on the Mega Drive back in 1993. Increasing complexity has probably scared away much of the casual crowd, but the introduction of the NHL 94 mode and its simplistic 2 button control scheme provided a brilliant nostalgic throwback, and while that is pleasing included again this year, it’s the beefed up tutorial that proves especially compelling for casual fans looking to get a better understanding of the sport. 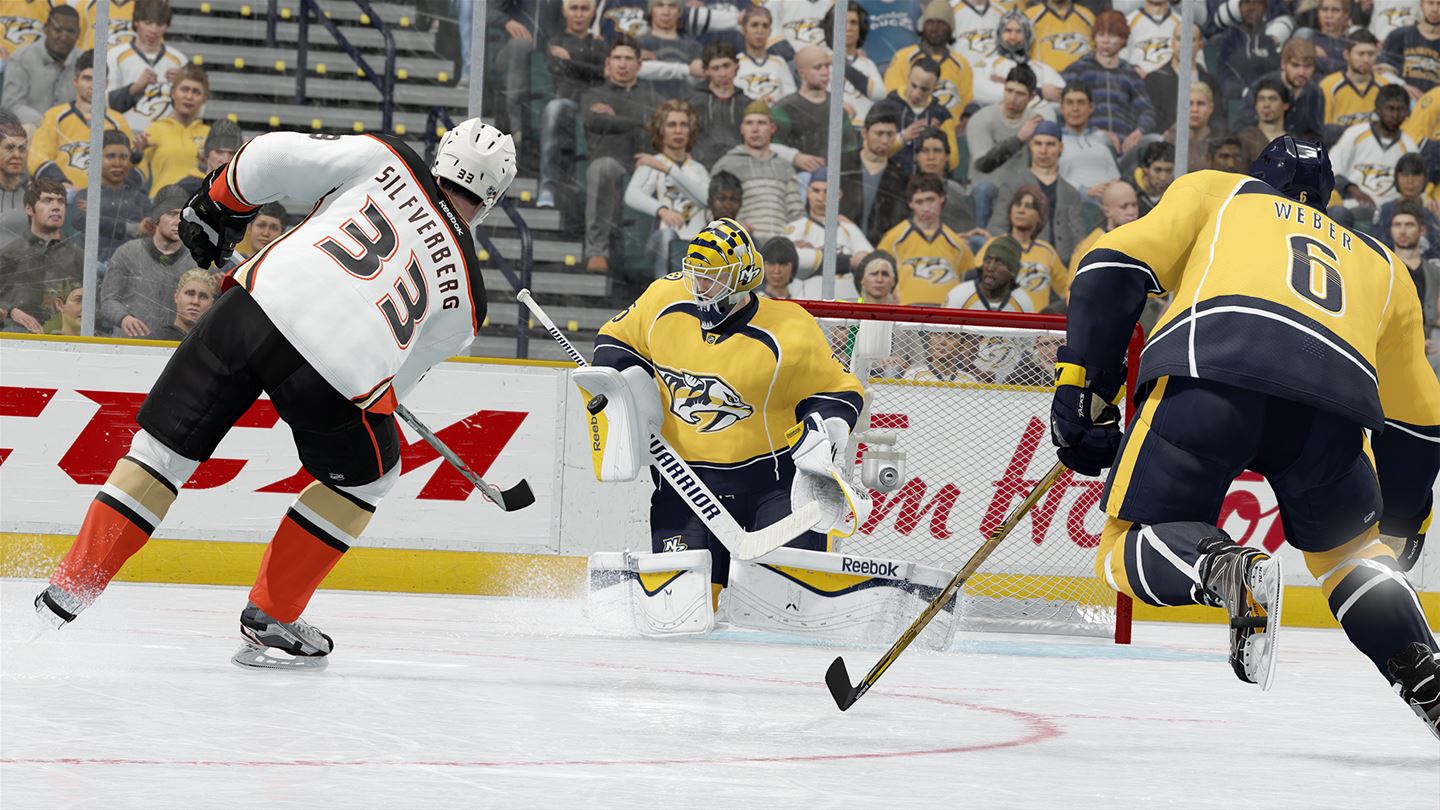 Not only does the tutorial teach the complexities of the control scheme, but it will also encourage you to make certain moves and commit to certain plays depending on your position and specific situation. It is something that was done to great effect in this year’s Madden and proves even more successful here. Of course, this won’t mean much to those accustomed to the finer points of ice hockey, but for those with a more casual interest, this new system will not only make you a better player, but if given the opportunity, will make you more appreciative of the sport itself. It also blends seamlessly into the improved Be a Pro mode that, rather than encouraging scoring goals and hogging the puck, now rewards smart movement, positional awareness and team play.

This training comes in especially handy when dealing with the games’ improved AI. The standard across the board has been improved to the extent that the developer felt the need to create a new difficulty set between amateur and pro (the aptly named, semi-pro). It’s kind of like the melarge of difficulties (‘melarge’ being the size between medium and large) that again benefits more casual players by easing them into the experience while providing them with the skills to up the challenge level when they feel confident. The upped difficulty and improved AI is especially noticeable when it comes to the much more realistic goaltenders who have benefited greatly from the reworked AI and improved animations. On anything above amateur settings, you’re going to have to play some pretty decent hockey to beat these very smart and incredibly capable goaltenders. It’s not just the goaltenders though – the physical game has also seen something of an overhaul with attackers now able to block the goaltenders line of site and the board game now feeling more realistic and nuanced than it has in previous years. Other than that, yeah, it’s pretty much business as usual, but when the core experience is as good as it is here, more of the same isn’t necessarily a bad thing. 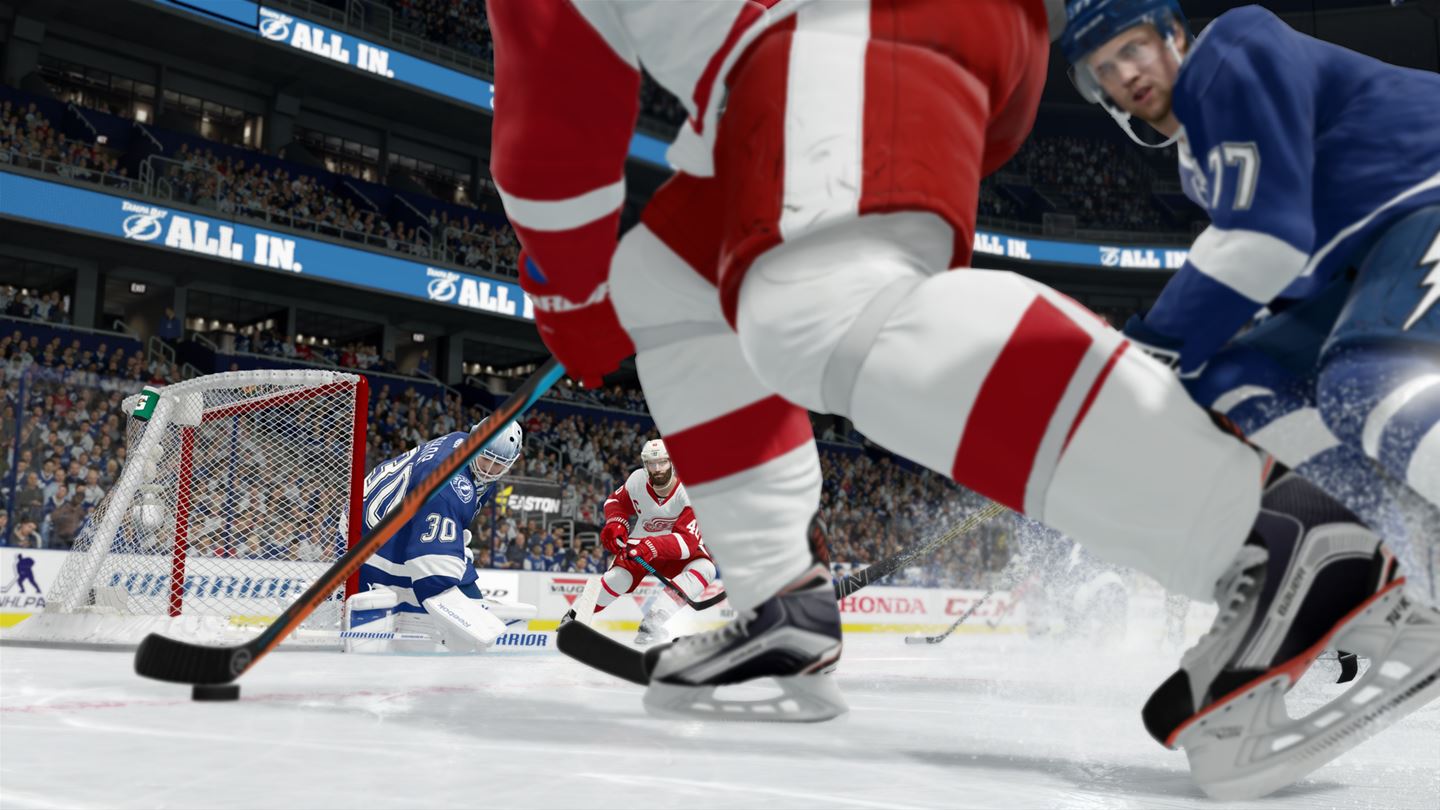 The other changes of note come in the games’ major single player modes. Hockey Ultimate Team makes its totally unsurprising return but now comes complete with a FIFA-style Draft Championship mode that allows players to draft a raft of superstar players into their squad. The card-based system is as addictive as it has always been with the playground-style swap system proving compelling and oddly tense. The somewhat niche World Cup of Hockey has also been added to the list of events available for selection, and while it is unlikely to excite too many hockey fans, its addition does help to bolster the already extensive selection of game modes and tournaments available. Finally, there is the all new Franchise mode which takes the previously creaky GM Mode and adds a host of additional options. Undoubtedly one for the hardcore and an absolutely epic time sink, Franchise mode allows you to micro manage every aspect of your team right down to stadium upgrades, ticket sales and even the price of concessions.

NHL 17 is more evolution than revolution, but the changes made to the structure and gameplay are all for the better. Franchise mode proves a significant step up from GM Mode, Hockey Ultimate Team is better than ever and the new training system makes Be a Pro mode a much more natural and realistic single player experience. Out on the ice, the core gameplay feels a tad tighter and the notable improvements to the goaltenders and player physicality make for a more nuanced and more tactically challenging experience. Sure, the improvements will appear initially incremental, but the longer you stick with this exceptional video game, the more the changes are felt.