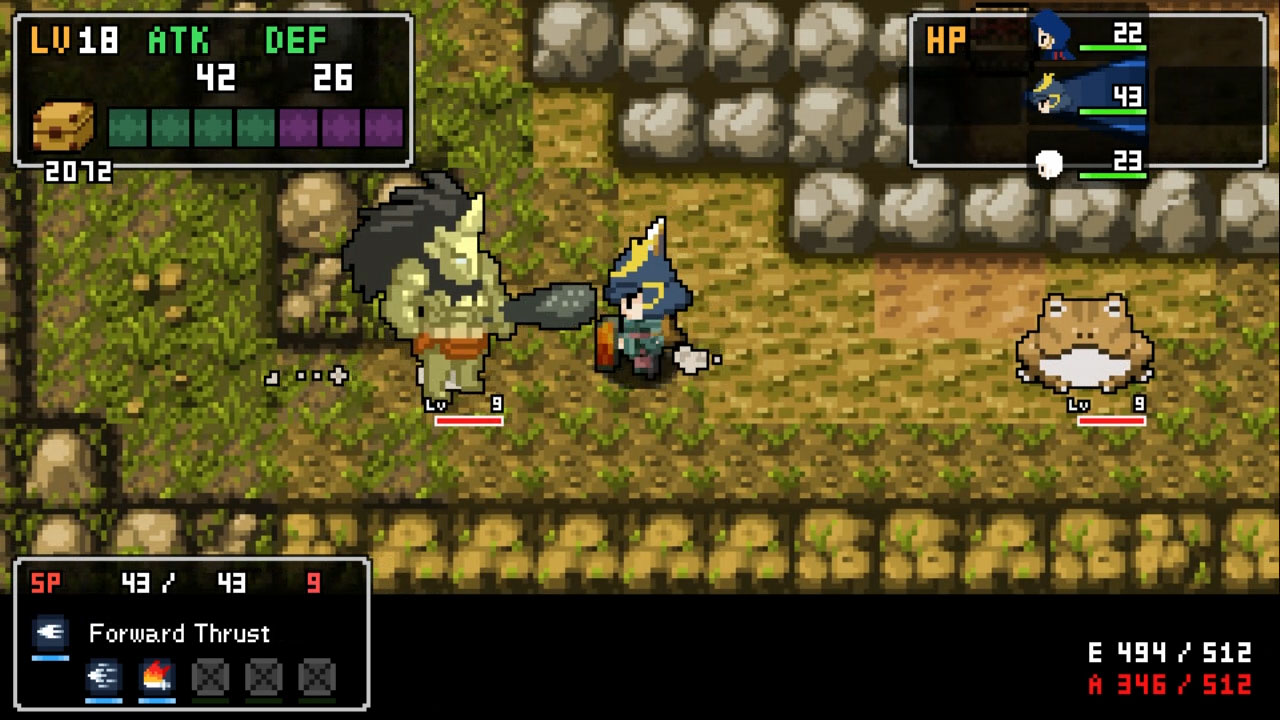 Cladun Returns is a Retro Style dungeon crawler which is the third game in the successful series. The storyline consists of your character who is in Arcanus Cella and has been given the role of helping souls which have been burdened and are unable to reincarnate due to them having a heavy burden placed upon them. These souls are each given five levels that the player must complete to help them understand why they are unable to reincarnate. Yukimura, the first lord that you will meet during the storyline will explain many of the different basic aspects of the storyline that players can explore further.

As a somewhat newbie to this genre of game I went in with much excitement about what games such as this had to offer. Immediately this game offers the player with many different customisation options with many premade characters, however with the easy to use in game pixel editor players can individually select pixels and edit them as desired and share their creations with the community. Personally, I spent a good hour playing around with this feature and ensuring that my character was perfect before playing. Having this freedom is great for a role-playing game such as this as it allows players to feel more connected and immersed with their character along the storyline.

The player can select one of seven different classes, these consist of being a Samurai, Swordsman, Magician, Saint, Merchant, Onmyoji or a Vile Priest. Each of these classes have a skill that is unique to the class as well as many different abilities that can be explored further. Upon first thought I created a Samurai, however the very close up hand to hand combat become quickly apparent that it wasn’t my playstyle. That meant that I began to vary it up and create a Magician which allowed me to enjoy a different playstyle that was more fitting to myself. Being able to adjust the games experience so that it is tailored to how you want to play is a huge selling point. 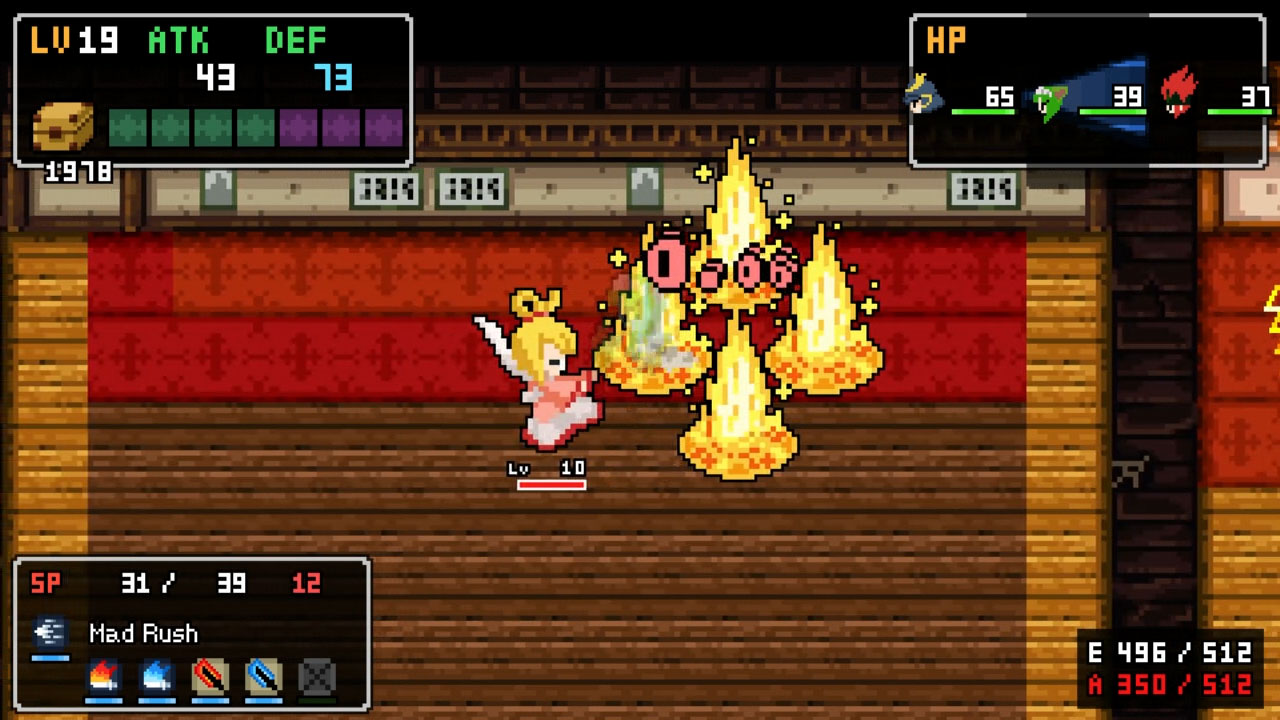 As a first-time player to a game of this genre I was hesitant that I wouldn’t be able to simply pick up this game and play. However, this game was very clear with its tutorial and provided an excellent environment for learning the basics. Whilst being easy to pick up, this game has a very in-depth “Magic Circle” system which players can explore and create teams of characters that synergise with each other for the specific needs of the upcoming levels. I found myself experimenting with magic circles and different characters for a large amount of time to try and create a main character that could put out huge damage to possibly fly through the levels at higher speeds. Once again, this system can be adapted to the player’s personal playstyle which adds to the immersion of you embodying that character.

At first, I thought that there was a lack of variety when it came to equipment and weapons, however this was because I hadn’t fully understood that much better equipment could be found when exploring the dungeons which gave added bonuses to those simply found at stores, once I had taken not of this I found that there was a huge variety of different weapons that once again can be tailored to an individual’s playstyle and provides much more situational gameplay for players.

The music and audio which accompanies this game is simply fantastic, it creates a sense of excitement when pacing through levels and the sound effects that are included in the game are suitably fitting to the overall gameplay and can also be used as audio cues to allow players to react to situations. 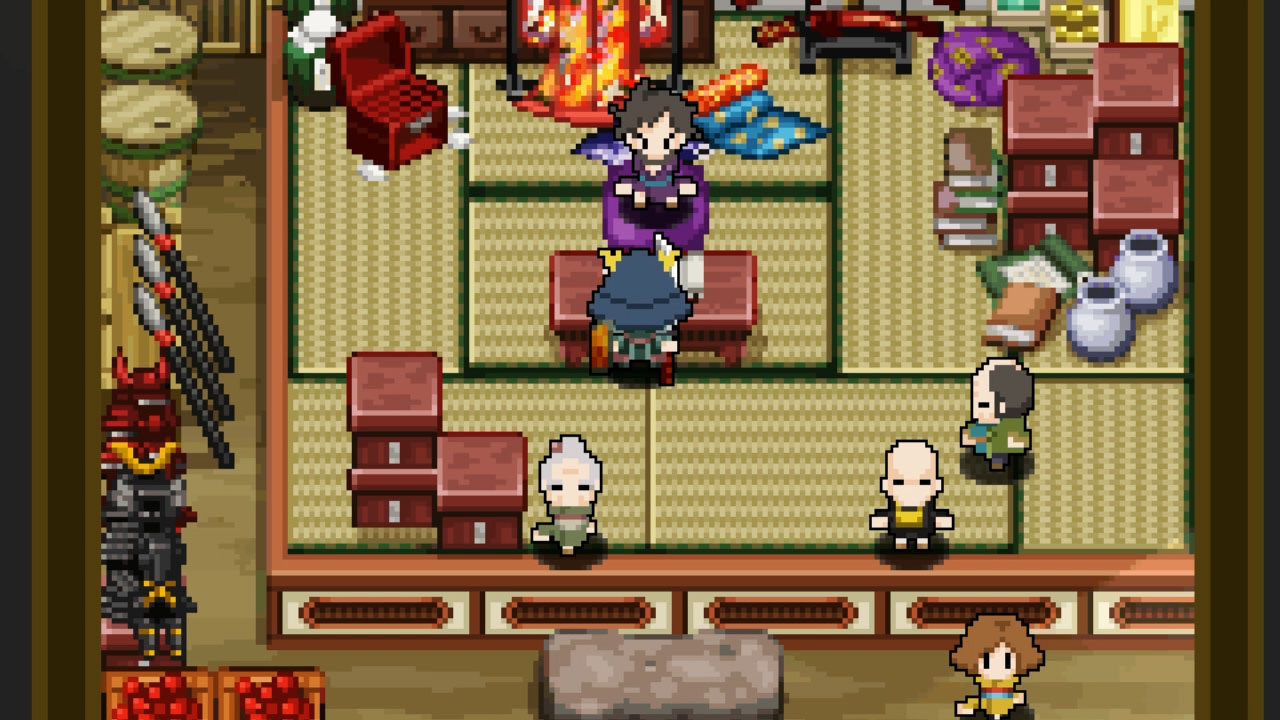 Whilst playing this game I did not encounter and bugs or issues at all which I must say I was hugely pleased about. Also, I was unable to find any ways that the game could be exploited for experience or currency throughout which one again is a huge bonus as it means players must play the game as intended.

The game is currently being priced at £34.99 on the UK PlayStation store, I would say it has enough content and replay ability for this price. This game is very easy to pick up from where you left off and continue with the storyline. The game also has a huge trophy list which can keep trophy hunters such as myself playing for many hours before achieving that elusive platinum trophy. Even if you have never played this type of game before I would recommend that you give it a shot as it well be a game that I find myself going back to everyday to continue the hours of enjoyment.