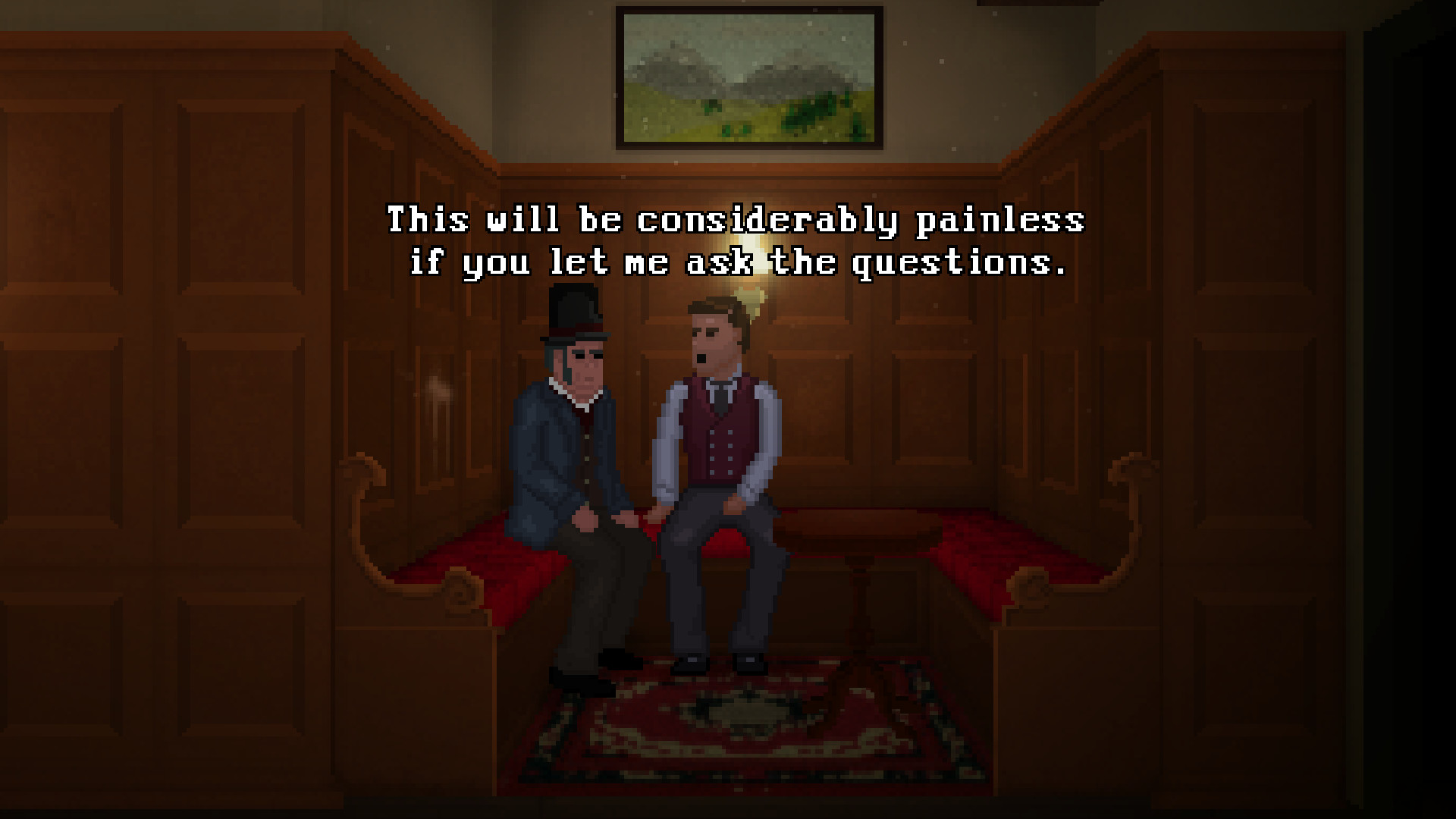 Think of the grimy back streets of Victorian London and one infamous name comes to mind – Jack the Ripper. He (or she) has been the focus of various forms of entertainment media over the years, including video games, with the latest entry being the point and click adventure game The Slaughter. With pixel graphics that hark back to the adventure games of the early 90s, there’s a definite retro feel to this tale of murdered ladies of the night, vicious hoodlums and drunken behaviour.

Private investigator Sydney Emerson certainly follows the pattern of a typical adventure game protagonist. Smart-mouthed but physically a bit of a wimp, he soon finds himself investigating the brutal murder of a prostitute for both personal and professional reasons. There’s a fair amount of wit and dark humour behind the otherwise dark themes, and I have to praise the writing which is a cut above the usual indie efforts. Characters often have quite in-depth conversations and the more discerning adventure game fans will no doubt appreciate this, although it does result in the pace feeling quite slow at times. The intro also seems to drag a bit and then drop you straight into a dream sequence, but once you’re past that it’s easy to become absorbed.

Another point that might divide gamers are the decidedly old-school pixel graphics. They’re instantly reminiscent of classic titles like The Secret of Monkey Island, Beneath a Steel Sky or any number of Sierra games. Personally I’m a huge fan of the style but some players might not appreciate the aesthetic. It’s also worth noting that while the backdrops and animations are impressive considering developer Brainchild is a one-man outfit, they do have their limitations. The walking animations in particular feel a bit wooden, but otherwise they’re adequate. 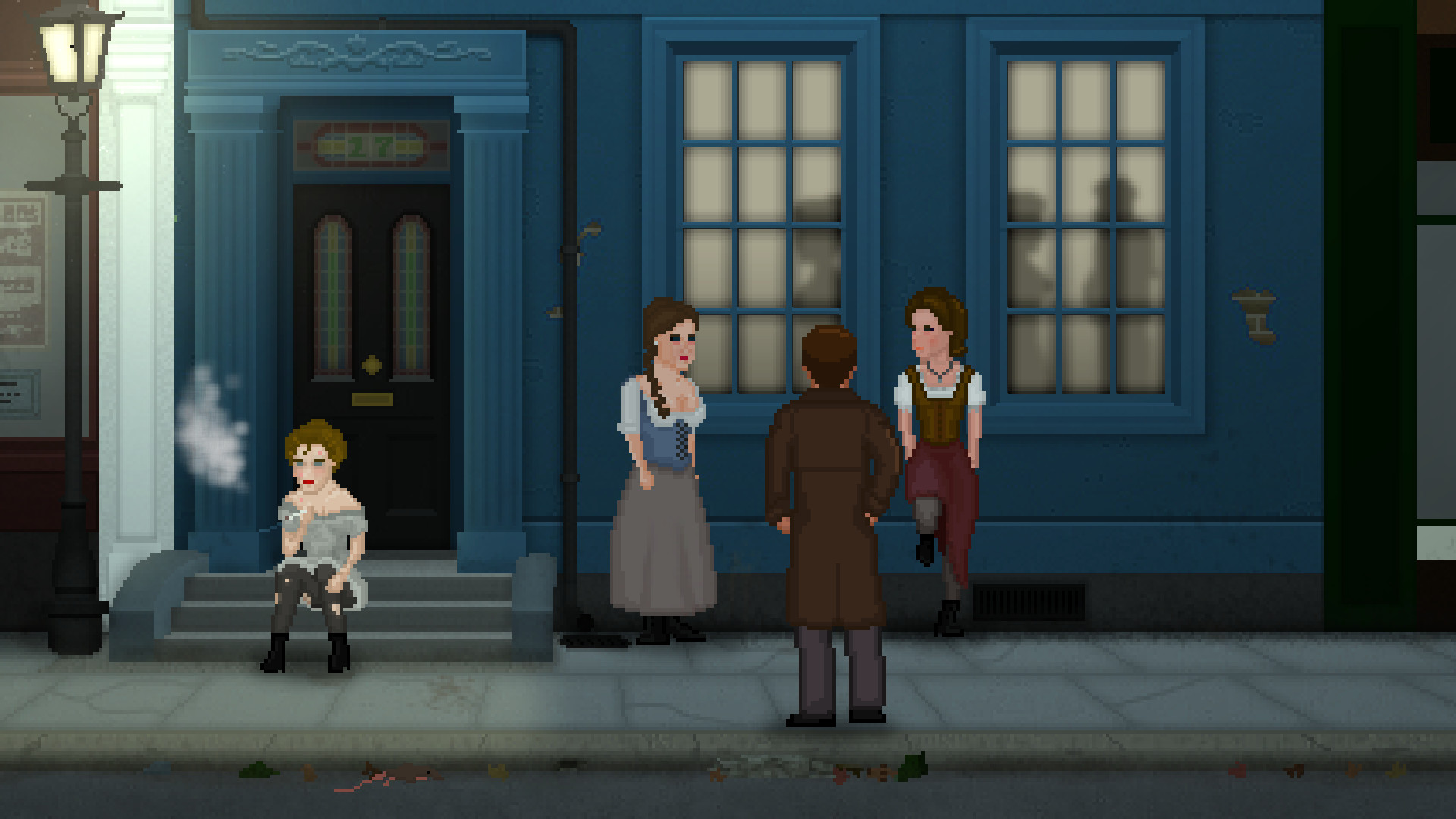 The low-budget hits the audio side of The Slaughter even harder, and unsurprisingly there’s no voice acting. It’s not a huge chore to read the text (which pleasingly seems to be modeled after Monkey Island) and at least the music is reasonable. Sound effects do sometimes feel out-of-place though, with footsteps in particular being a bit too loud and intrusive.

In other areas the streamlined nature does actually benefit The Slaughter, albeit with a simple interface. Right-clicking examines an object or person while left-clicking interacts, there’s no messing around with verbs as with the classics of old. Your inventory is also hidden away and pops up if you move the cursor to the bottom of the screen, although this can get occasionally get irritating when it pops up as you’re trying to move somewhere.

In terms of size, The Slaughter is decent value for the price. I managed to finish it in just under four hours, which might not seem too long but it was engaging throughout and didn’t involve lots of backtracking. There are actually only about ten locations throughout the game which you jump between via a map, so there isn’t too much wondering around either. It also helps that the puzzles aren’t too surreal and are usually easy to figure out, although they do sometimes require a keen eye. The beginning of the game for example saw me stuck for some time trying to open a window, until I realised I had to specifically click on the lock of the window instead. 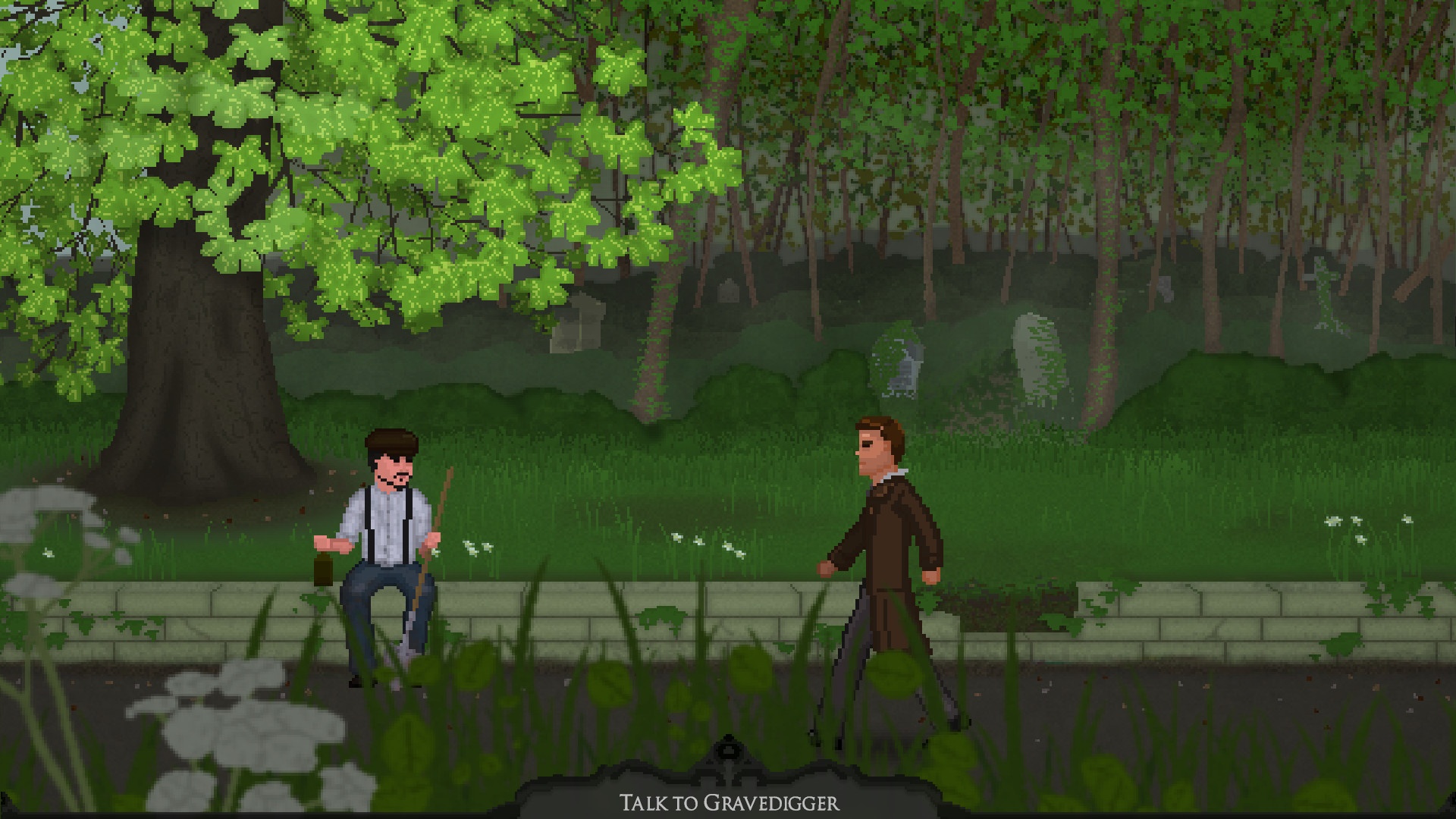 One problem that has to be mentioned though is indicated by the title; this is just act one of a planned three-part series. The Slaughter was initially crowdfunded on Kickstarter but still took well over two years to develop and act two is still some way off, despite act one first being released over a year ago. Considering this first act ends with plenty of unanswered questions it might leave some players frustrated until the next release.

Overall The Slaughter: Act One is an intelligent and well-constructed adventure game. The mature themes (including some swearing, light violence and lots of drinking) means it’s not suitable for younger gamers, but those old enough to play are sure to enjoy what’s on offer, particularly if they were fans of the classic point and click titles of yesteryear.