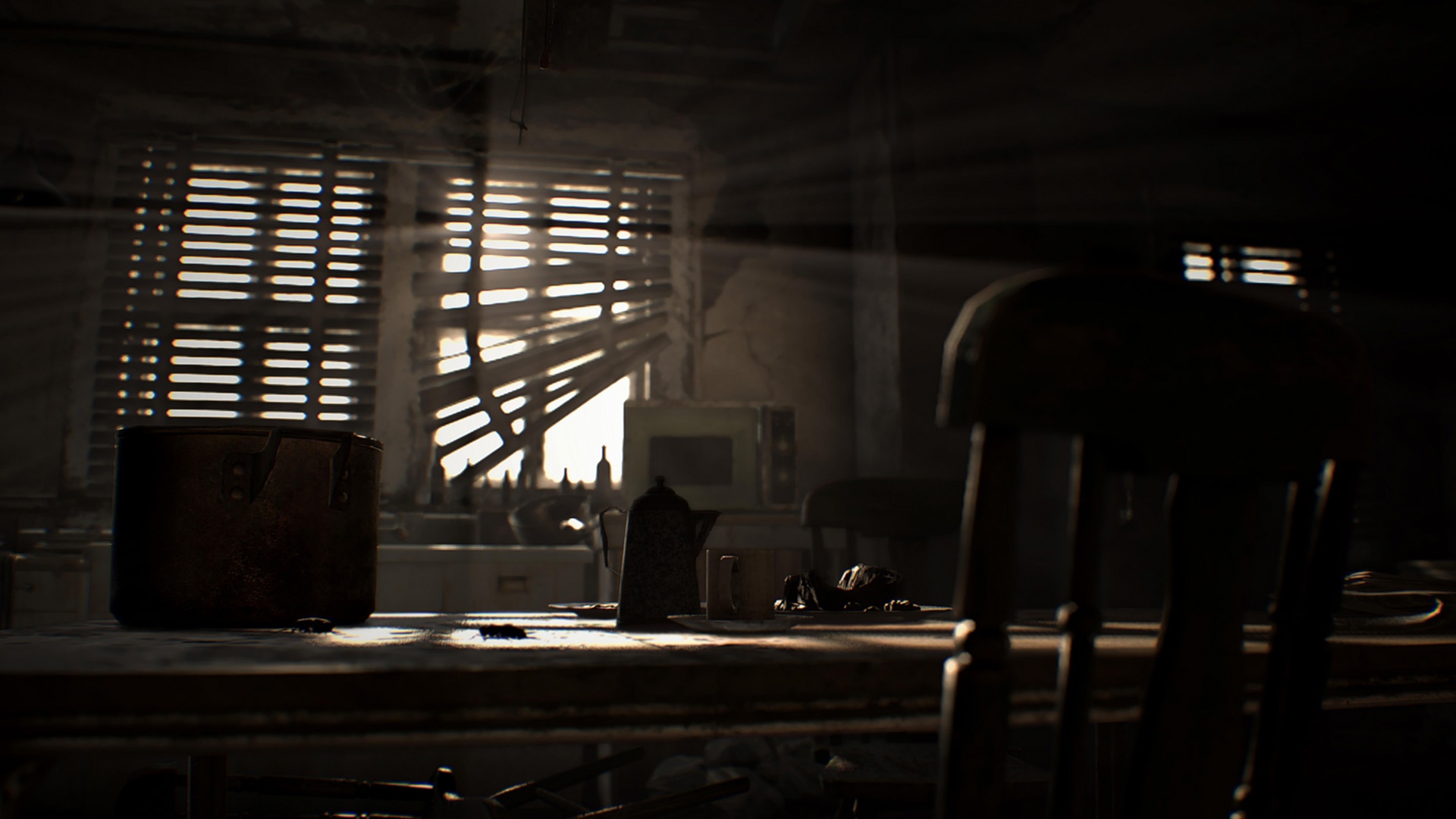 In a number of recent iterations in the Resident Evil saga, gameplay has strayed deep into the realms of action and combat to the displeasure of fans. However, following this descent into the action genre, Resident Evil 7: Biohazard has salvaged the survival horror series, throwing players into a familiar yet mysterious location surrounded by infected enemies, environmental hazards, and challenging puzzles.

This return to the classic Resident Evil formula is accompanied by a location reminiscent of the looming Spencer estate present in the original title, with hidden passages, weapons and enemies. Due to this confined location, players are prompted to explore the property thoroughly for hidden routes and rooms in order to both progress the story, and obtain new weapons in order to eliminate a new enemy or boss. Unfortunately, despite the game’s return to its horror roots, Resident Evil 7 offers little in enemy variety, often resulting in players encountering the same variant of enemy creature (the molded) and as a result lowering the game’s intensity. Despite the game’s lack of common enemy variety, Resident Evil 7’s Baker family offer an interesting a disturbing story that players are able to uncover throughout their stay at the Baker household. As well as this, the Baker family members offer an intense atmosphere throughout the game, as they constantly and relentlessly hunt the player stopping for only a few minutes after being subdued, before returning to their patrols. 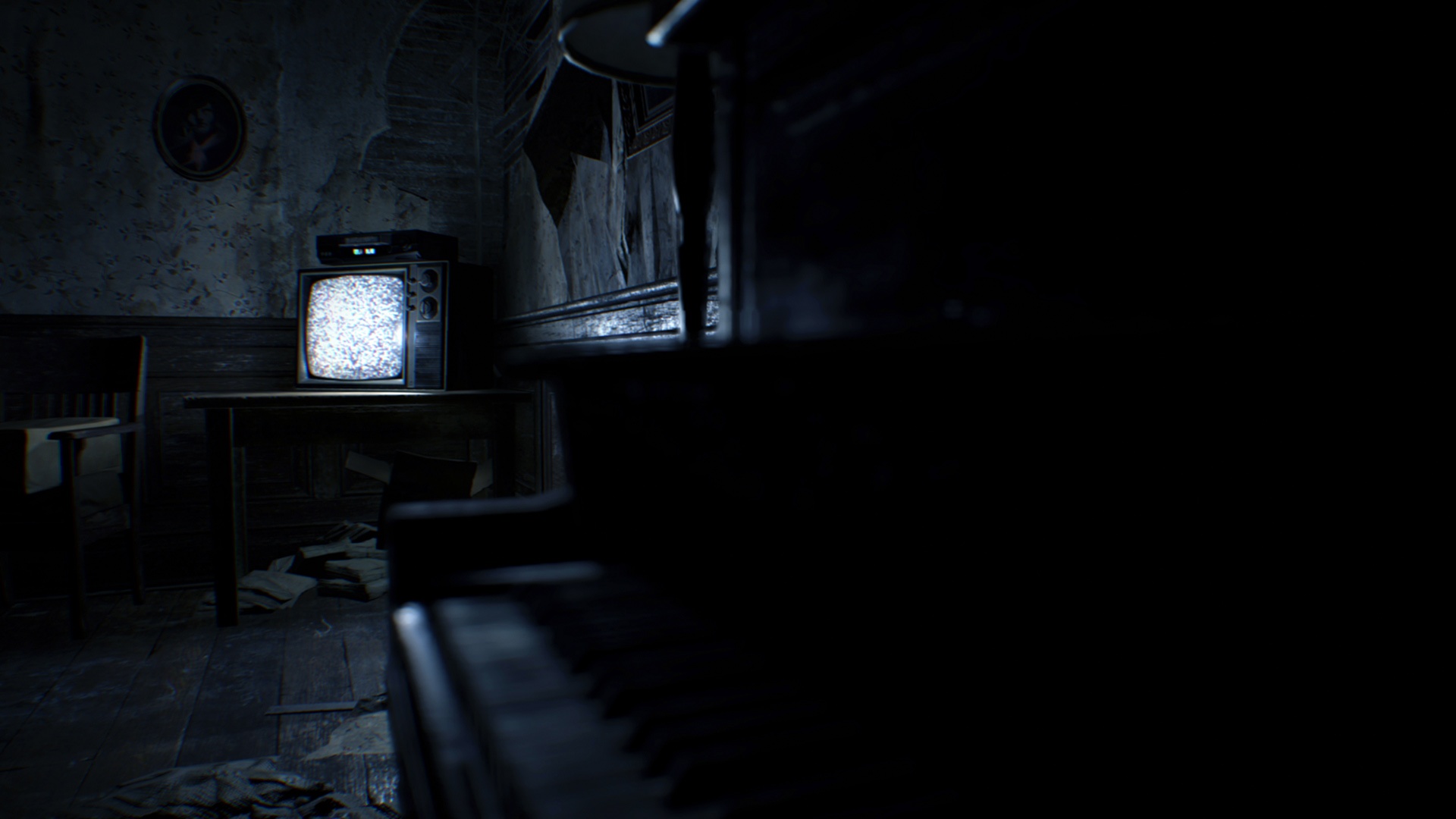 As mentioned before, the game sees the return of its classic puzzles, with many being reminiscent of the original title’s featuring crests and a range of others. However, these puzzles commonly feel out-of-place and possess little value during the game. However, despite this the game’s central location of the Baker family property possesses a far deeper structure than the surface shows. This vast complex of stairways, trapdoors, shortcuts, and a wide range of others is well fleshed out and often obligates players to advance in the story, as well as take part in side tasks and other exploration. As well as this, the game emphasises its survival horror aspects further by supplying players with very few weapons, ranging from a pistol to a grenade launcher, each essential to the player’s survival. As well as a lack of weapons, the game ensures that ammo is scarce throughout the game, forcing players to either save the few bullets they can or to create their own bullets utilizing the game’s new crafting system.

This newly introduced crafting system allows players to obtain chemicals throughout the map, as well as separate components such as gunpowder or green herbs. After obtaining these components players are able to create health potions and bullets. However, this system once again focuses heavily on Resident Evil 7’s survival horror aspects, and as a result does not pause the game when the player is crafting. Due to this, the player will be forced to seek out a hiding place or a safe room before crafting their desperately needed items. Once again, the game sees the return of safe rooms, each room catering to the game’s diverse environments. As well as granting players respite from the horrors of the Baker’s property, each safe room contains a recording device, reminiscent of the original title’s classic typewriter system, allowing players to save their progress. However, even the game’s save system forces players to be wary as the device can only contain a certain number of saves, forcing players to save carefully before needing to save over past savepoints. 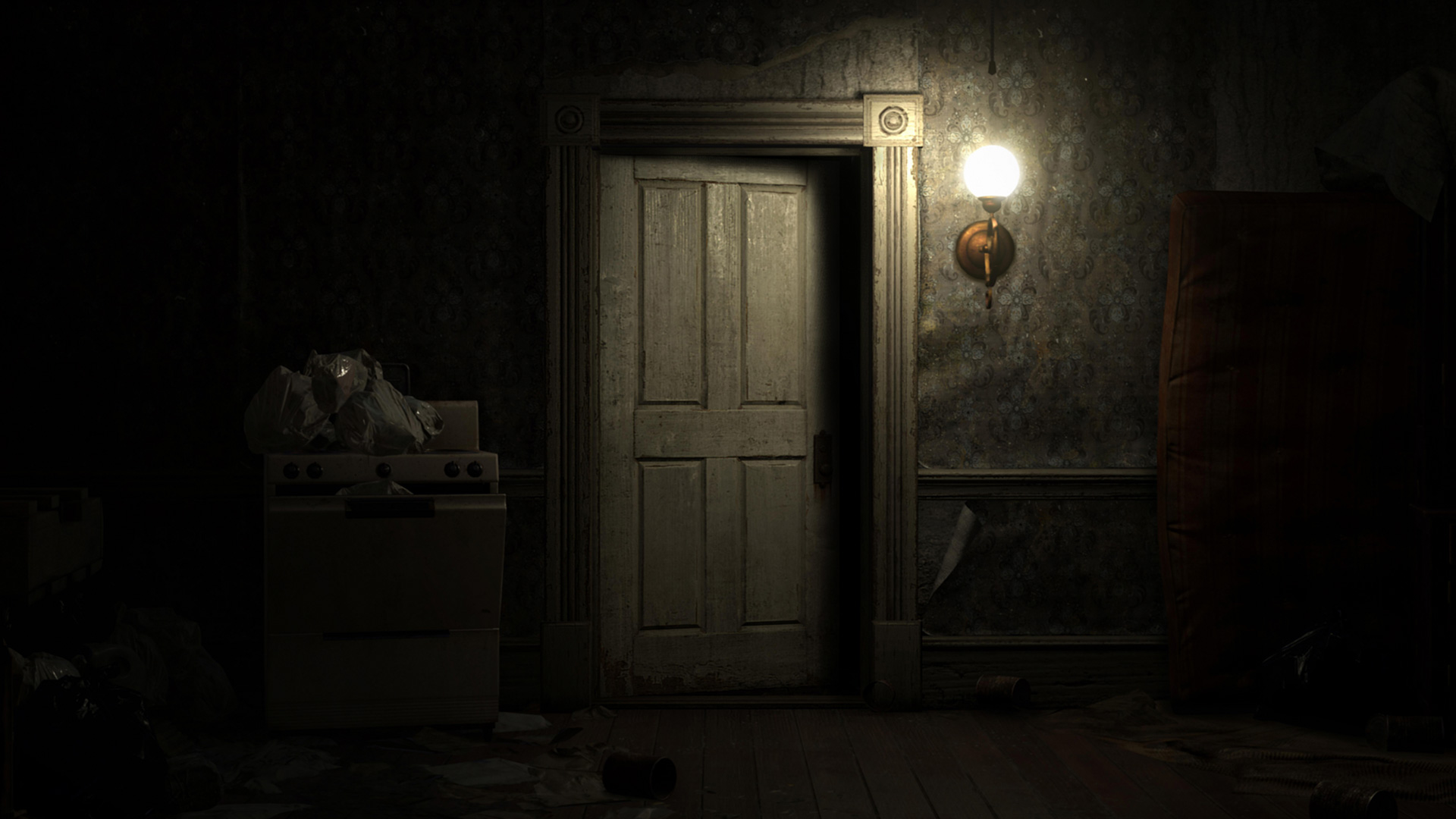 The game’s graphics have also seen a drastic improvement since previous iterations in the series, allowing developers to capitalise on a number of aspects throughout the game. Firstly, the game’s new graphical capabilities have allowed developers to seamlessly connect areas throughout the game’s environment, allowing players to activate bridges and passageways to enter brand new areas of the map without the need for any significant loading screens. As well as this, players are also able to use this to their advantage as they are often able to overlook new areas and therefore enemies adding an extra layer of intensity to the game’s encounters. As well as enhanced graphics, the game also features a detailed soundtrack and audio, ranging from the bloodcurdling sounds of Jack’s peculiar weapons, to the squishing mold under Ethan’s foot as players venture deeper into the house. Alongside several immersive sound effects, Resident Evil 7 also sees the arrival of an intense and creepy new soundtrack. Ranging from quiet music during exploration, to the often loud and intense music during enemy encounters and boss battles, further adding to the game’s already creepy atmosphere, as well as keeping player on edge constantly whether they are exploring, or battling an infected enemy.

Finally, the game sees the return of the series’ grotesque and intense boss battles in the form of each mutated Baker family member. Each boss keeps players on their toes, as just when their pursuer has seemingly been defeated they undergo a grotesque transformation, reminiscent of the series’ wide range of past enemies. However, despite creating an intense atmosphere, each boss still possesses an obvious weak point for players to expose and exploit, often drastically decreasing the boss’ difficulty.

All of these new and returning survival horror elements make Resident Evil 7 a welcome addition to the series, and with the title’s references and links to the past entries into the series as well as multiple new features the game welcomes both new a returning players to the series.